Although the home no longer stands and it has been replaced by the Broad Street Warehouse Corporation, there is still a plaque on the building that says "Near this spot was born March sixth, seventeen ninety seven Gerrit Smith, pioneer and patriot, abolitionist." Smith was born in Utica and later moved to Peterboro in Madison County after inheriting land and money from his father. Because of his wealth, Gerrit Smith was arguably the most influential abolitionist of the entire movement. 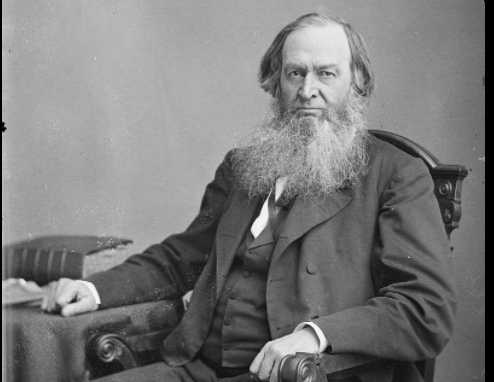 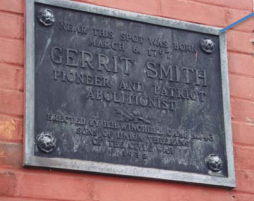 Gerrit Smith was a graduate of Hamilton College, and an important abolitionist after his introduction to the cause in eighteen thirty five as a delegate of the New York State Anti- Slavery Convention. Smith donated enormous sums of money and land, which he inherited, to the Abolitionist cause. Smith described the eighteen thirty five anti-abolition rioters' behavior at the New York State Anti-Slavery Convention in Utica as “outrageous”. Smith used his wealth and prestige to keep the convention and anti-slavery cause alive.

At the disrupted convention, Smith decided the meeting was so important that it had to re-convene at his Peterboro estate in Madison County, just southwest of Oneida County. Peterboro became a well-known Underground Railroad Station. Frederick Douglas, Harriet Tubman, Elizabeth Cady Stanton and John Brown all visited Smith at his estate. The town is now home to the National Abolitionist Hall of Fame, which showcases Smith's land office.