The Book-Cadillac Hotel was the tallest hotel in the world and the tallest building in Detroit when it opened on December 8, 1924. Designed by famous Detroit architect Louis Kamper, the Italian Renaissance structure had 33 floors, 1,136 rooms (book official), a grand ballroom, five restaurants, and many modern amenities for the time. It was one of the grandest hotels in the city, hosting high-class social events and important celebrity guests for decades. The economic downturn of Detroit hit the hotel’s business hard, and it closed its doors in 1984. After nearly two decades of vacancy followed by a $200 million renovation, the hotel finally reopened in 2008 as the West Book Cadillac Hotel.

A hotel has stood on the site of the Book Cadillac since the early 1830s. The Antisdel Hotel was one of the earlier hotels built on this site in downtown Detroit. 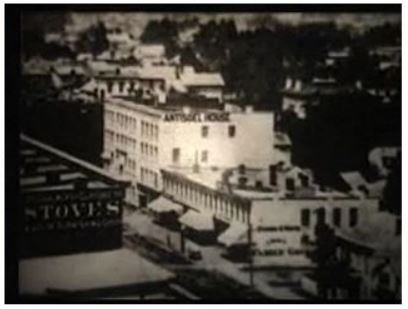 The Cadillac Hotel was built in 1888 and gained a reputation as one of Detroit's most luxurious hotels. 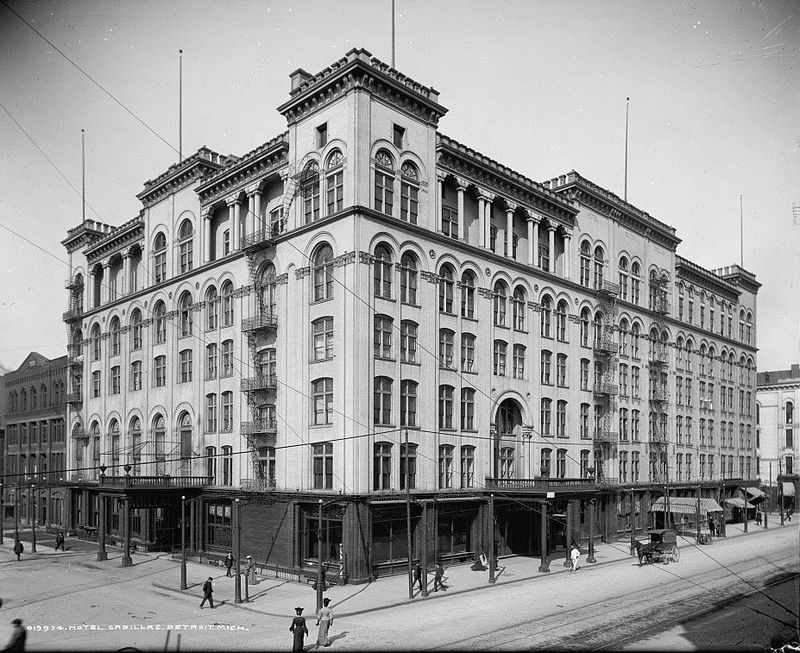 The Book-Cadillac Hotel was completed in 1924. 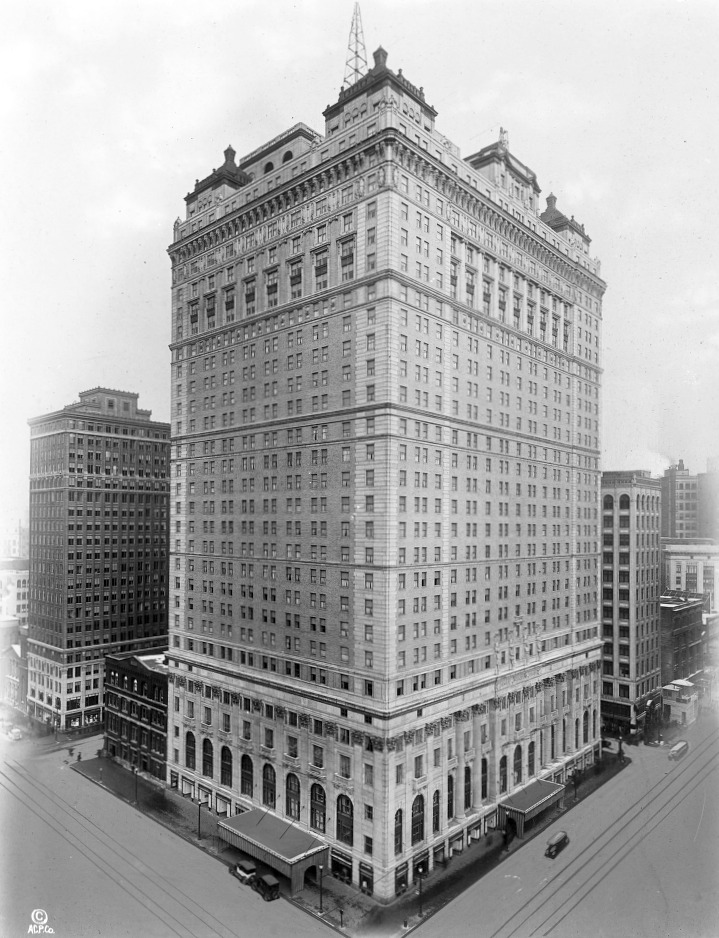 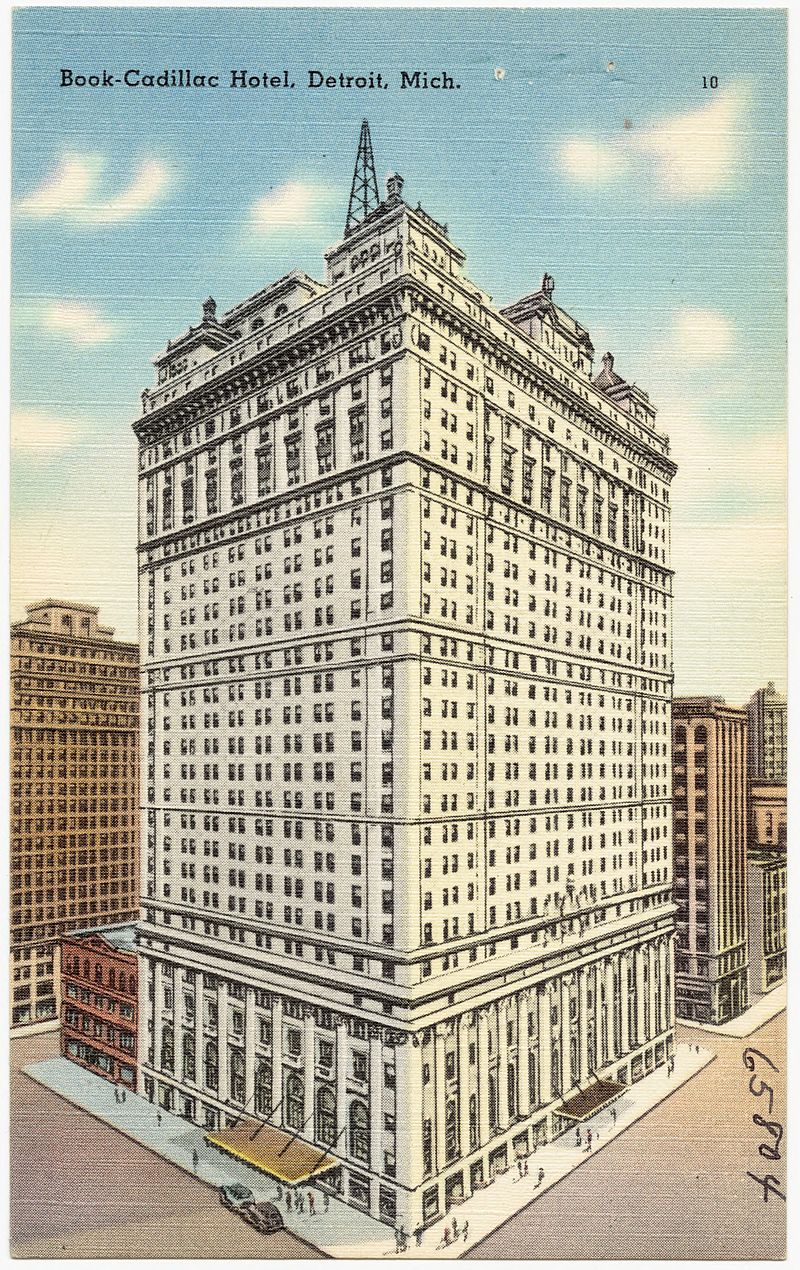 One of the hotel's grand ballrooms in the 1920s 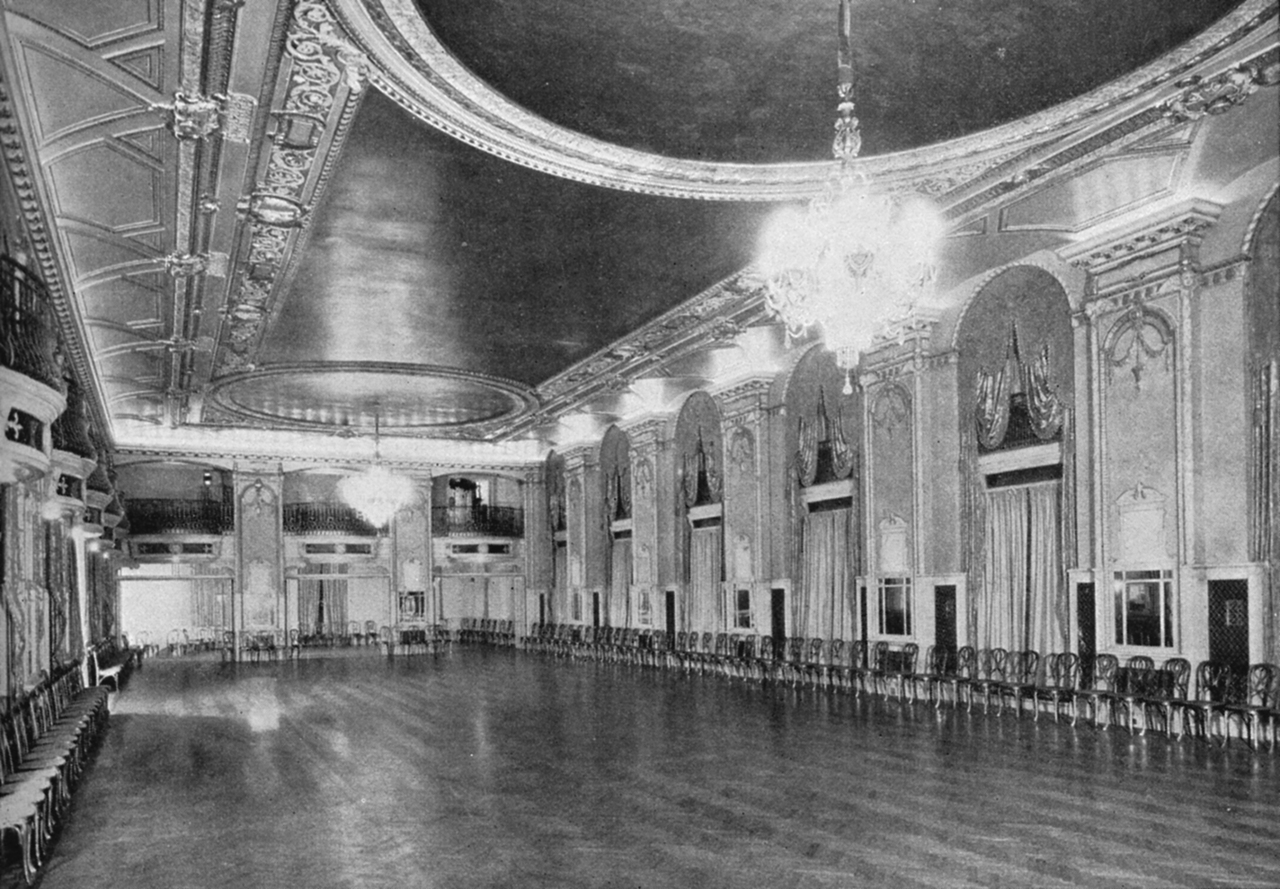 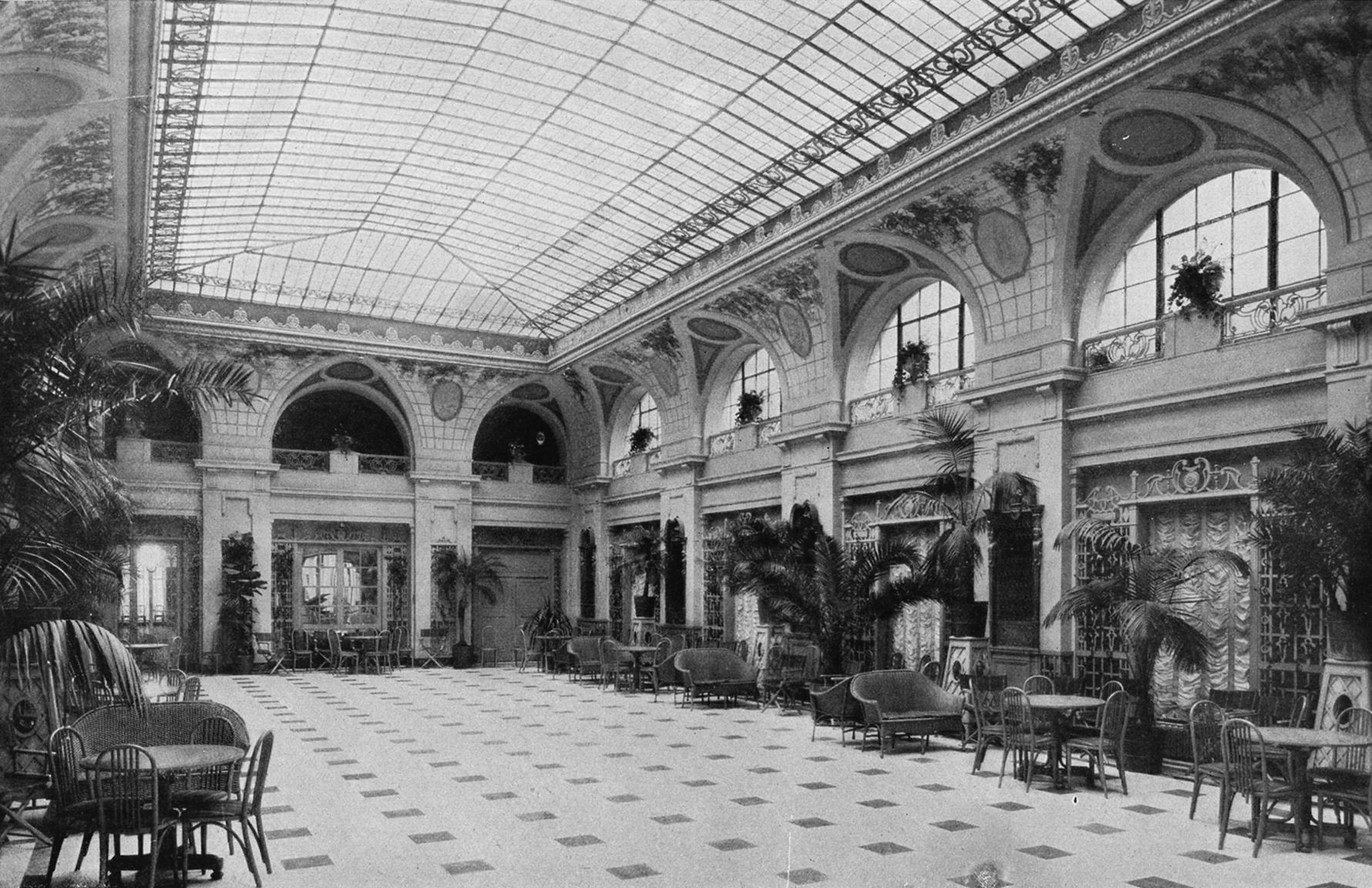 Architect Louis Kamper's vision of Washington Boulevard. The Book brothers wanted to create a "Fifth Avenue of the Midwest' along Washington, but the plan was never fully realized due to the Great Depression. 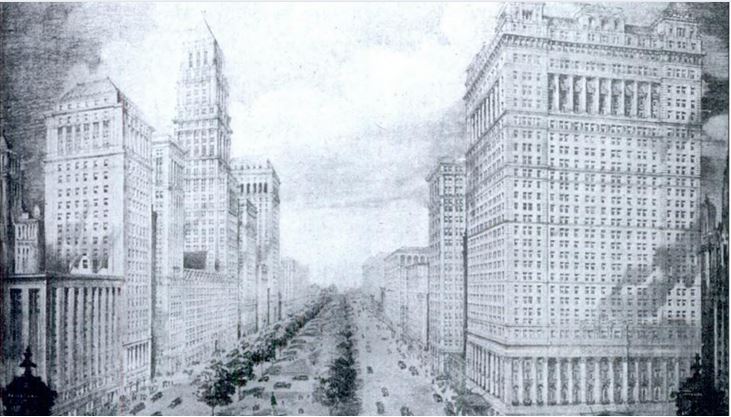 The Book-Cadillac closed in 1984 and suffered years of vacancy, deterioration, and vandalism. Shown is one of the Venetian Ballroom before renovation.

The Venetian Ballroom after renovation 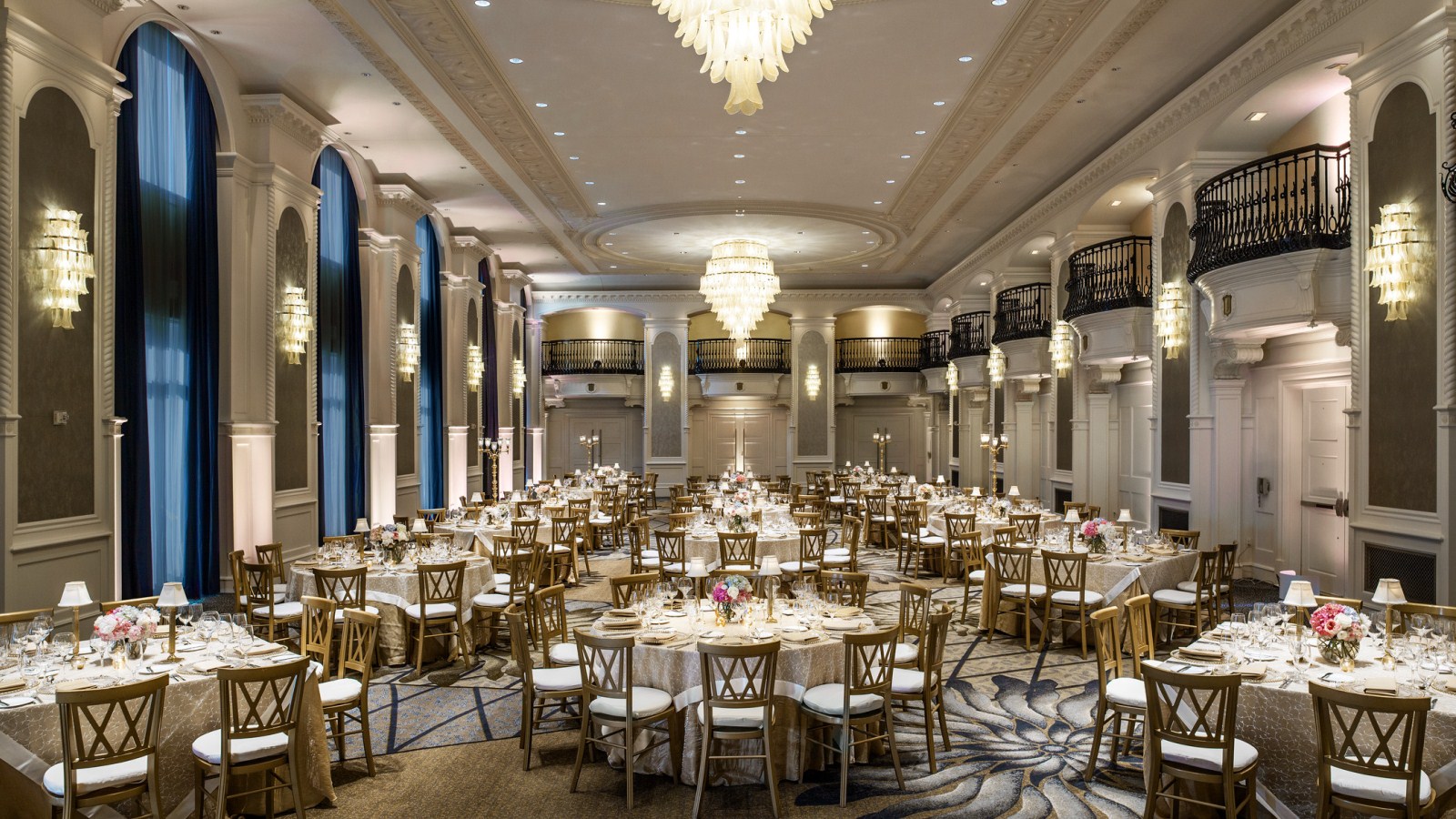 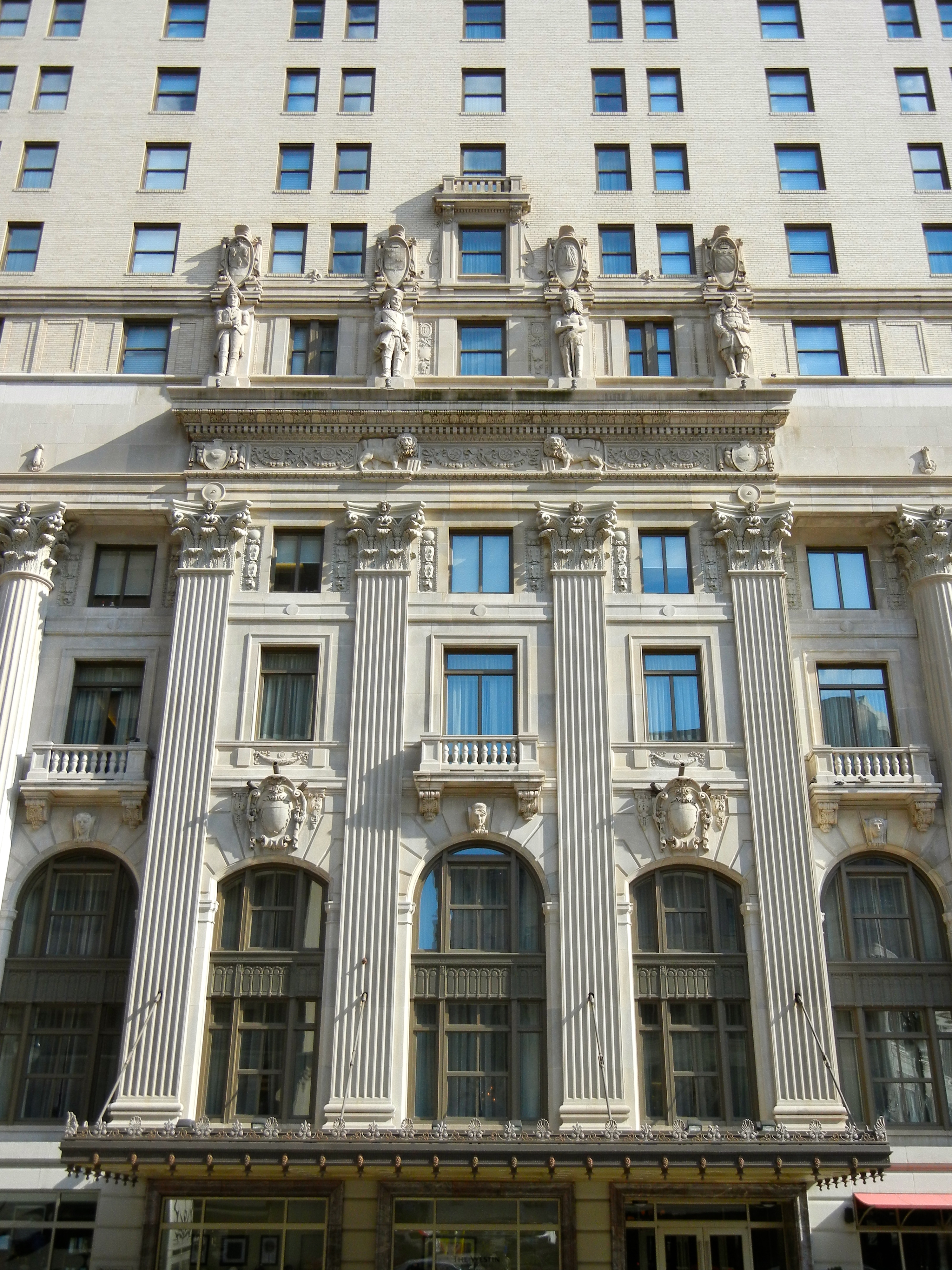 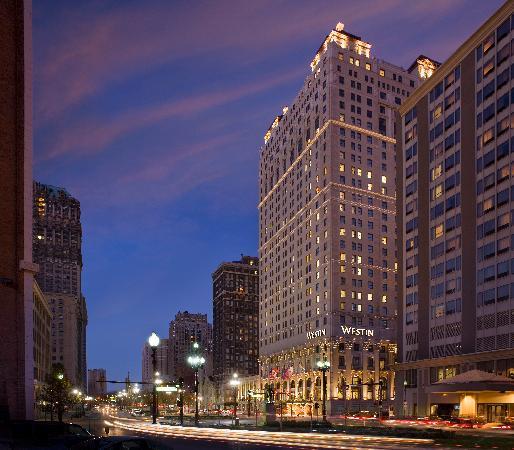 A hotel has stood on this site in Detroit since around 1830; the first known hotel was in the house of an early settler named Nathanial Champ. In 1852, another hotel was built known as Blindbury’s Hotel and then the Antisdel, which became one of the finest hotels in the city.1 In 1888, Daniel Scotten, who made his fortune in the tobacco industry, built the Cadillac Hotel next to the Antisdel. He bought and tore down the Antisdel in order to make room for an addition, and the Cadillac’s prestigious reputation grew. Over the course of its lifetime, five different US Presidents stayed at the Cadillac.2

The Book brothers, James, Herbert, and Frank, were real estate entrepreneurs from one of Detroit’s wealthiest families. They had a grand vision to turn Washington Boulevard into the “Fifth Avenue of the Midwest.” They bought the Cadillac Hotel in 1917, and tore the outdated building down. They hired architect Louis Kamper to create a new hotel more fitting to their master plan for the boulevard: a skyscraper 33 stories high that would hold the distinction of being the tallest hotel in the world. Kamper designed an Italian Renaissance exterior, with statues facing Michigan Ave of four of Detroit’s major historic figures: Revolutionary General Anthony Wayne, founder Antoine De Le Mothe Cadillac, Chief Pontiac, and civic leader Robert Navarre. Three copper terraced pyramids decorate the top.2 The hotel's informative booklet, "A Legend Returns," tells about the amenities of the hotel at the time:

“The 1924 grand opening of the hotel showcased 1,136 of the most modern rooms of the time, all with private baths (an enormous luxury for that era); the most technologically advanced heating and electrical systems; five restaurants (including the men’s only English Grille); an eight-seat woman’s beauty shop; a 20-seat men’s barber shop; tea room; cigar stand and a team of 36 telephone operators to handle calls for 1500 telephones. The opening night gala entertained 2,000 people with a feast from a team of 200 French chefs.”3

At the time, it cost $14 million to build, or about $200 million today. The Book-Cadillac opened on December 8, 1924. The hotel was host to seven US Presidents and many celebrities over the years, including Martin Luther King, Jr, Frank Sinatra, Eleanor Roosevelt, Lou Gehrig, and Babe Ruth.3 Its two grand ballrooms were a major social center, hosting galas and conventions, and its Italian Garden Room drew visitors to marvel at its beautiful two-story glass ceiling. The hotel was featured in the 1948 film State of the Union with Spencer Tracy and Katherine Hepburn. A radio station broadcast from the top floor of the building for years.4

The hotel fell on hard times and suffered declining business during the Great Depression. The Book brothers lost their ownership of the building in 1931, and it changed hands many times throughout the next several decades. At one point it was rebranded as a Sheraton and then a Radisson. The grand hotel could not survive Detroit’s decline in the latter half of the last century, and the doors were closed in 1984.4

The Book-Cadillac stood vacant downtown for over 20 years. In 2006, The Ferchill Group, LLC of Cleveland, Ohio, worked with city leaders to redevelop the historic landmark. The entire structure was gutted. After a two-year renovation costing $180 million, the Westin Book Cadillac opened its doors on October 6, 2008. The 89,000 square foot building now has 458 rooms, as well as seven floors of luxury condos.3