The original synagogue of Pittsburgh’s Rodef Shalom Congregation opened for services near this location after a dedication ceremony on March 20, 1862. A second structure replaced the first in 1901 to accommodate the congregation’s growth in the intervening decades, but the new synagogue quickly proved too small as well and Rodef Shalom made the decision to move to its current location between Oakland and Shadyside in 1907. The Rodef Shalom Congregation is noteworthy not only as the first Jewish house of worship in western Pennsylvania, but as a key figure in Reform Judaism in the United States as well. After a visit to the synagogue in 1863 by renowned Jewish reformer Rabbi Isaac Mayer Wise, Rodef Shalom embraced Reform Judaism. The congregation then went on to host the meeting that resulted in the publication of the Pittsburgh Platform in 1885, a document expressing the fundamental principles of Reform Judaism in the United States. Though the first two homes of the Rodef Shalom Congregation no longer exist, interested parties may visit the current synagogue during regular services and operating hours. 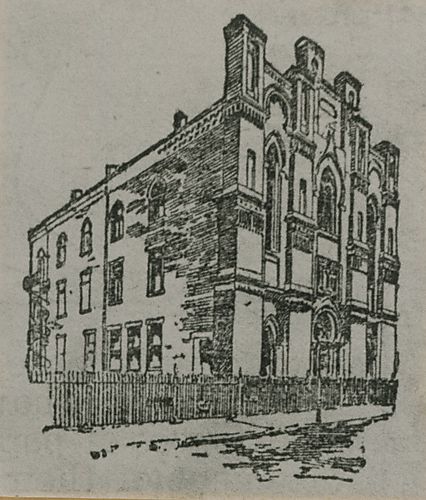 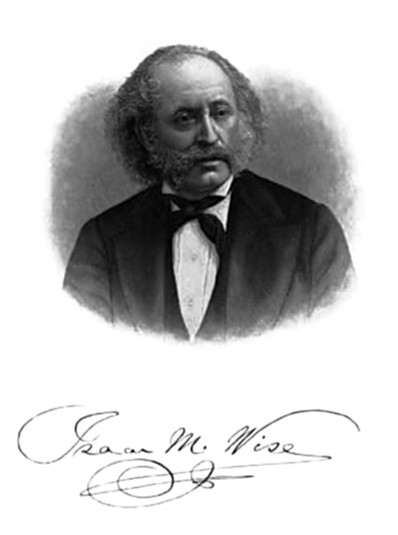 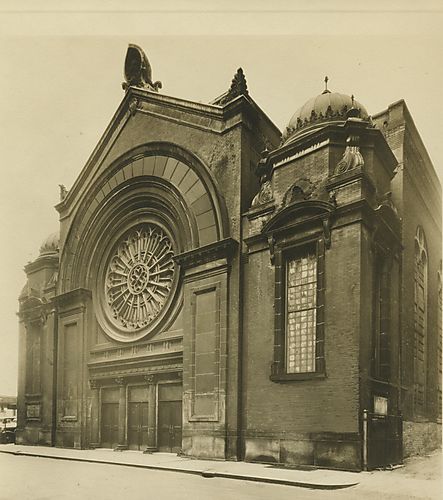 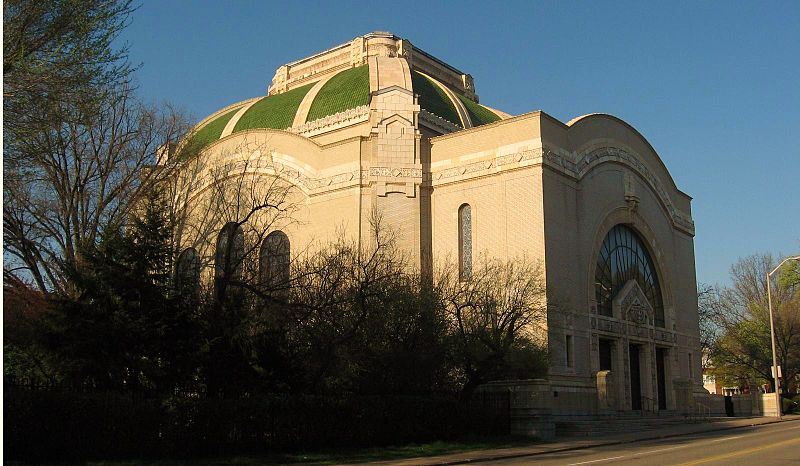 When Rodef Shalom first organized in the 1840s, it was the first Jewish congregation in western Pennsylvania. Originally formed as a Jewish burial society known as Bes Almon (Mourners’ House) that purchased land in what is now North Side for a graveyard in 1847, the congregation that became Rodef Shalom began holding services as Shaare Shemayim (Gates of Heaven) in a rented room on Penn Avenue and Sixth Street the following year. A series of schisms over the next decade centering on the ethnic divide between the congregation’s German and Polish members eventually resulted in its renaming as Rodef Shalom (Seeking Peace). Germany had over the previous half century begun embracing more progressive religious leanings that emphasized the adaptation of Judaism to a modernizing world, while Jewish congregations in Poland continued to favor more traditional expressions of the faith. As a result, German and Polish congregants in Pittsburgh’s first Jewish congregation could not agree on a rabbi or the nature of the services to be held. As a result, in 1852 the Polish members of Shaare Shemayim formed a splinter congregation known as Beth Israel that lasted for approximately a year before the two groups reunited. A second split along similar lines occurred in 1855, which was again resolved in 1860. The two groups reunited that year under the new name of Rodef Shalom.

By then, the congregation had begun meeting on St. Clair Street in what is now North Side (formerly Allegheny City). With the synagogue’s recent schism resolved and the two factions of the congregation reunited, it quickly became apparent that Rodef Shalom required expanded facilities. The congregation’s first synagogue, designed by architect Charles Bartberger, was constructed on what is now Eighth Street (formerly Hancock Street) from 1861 to 1862. Built in the Gothic style by contractors Moore & Chambers of Allegheny City, the original Rodef Shalom Synagogue had a central pulpit in its sanctuary surrounded by a railing with pews on either side and an upper gallery. It also featured a circular Ark opposite the entrance, which had sliding doors buttressed by pillars and covered with a crimson curtain. A dedication ceremony held on March 20, 1862 featured speeches by the congregation’s first rabbi, William Armhold, and Josiah Cohen (a teacher at the congregation’s day school), as well as a performance by vocalist Sigmund Apfelbaum. Within a year of these ceremonies, Rodef Shalom had started down the path on which it would come to play a pivotal role in the history of Reform Judaism in the United States.

That path originated with the visit of Rabbi Isaac Mayer Wise to the congregation during its Hanukkah celebrations for 1863. Born in Bohemia to Regina and Leo Weiss in 1819, Isaac Wise was steeped in the progressive teachings that had been prevalent in German Judaism since the late eighteenth century. After receiving his education at the University of Prague and the University of Vienna, Wise had the title of rabbi conferred upon him in 1842 and emigrated to the United States four years later. After his progressive preaching caused controversy and forced him to resign from his rabbinate in Albany, New York, Wise moved to Cincinnati, Ohio in 1854. Shortly thereafter, he began publishing his newspaper The Israelite (now The American Israelite), an English-language Jewish newspaper that sought to coordinate Reform congregations across the disparate United States. Two years prior to his visit to Rodef Shalom, Wise also published his famous work The Essence of Judaism, which outlined his views on the proper reform of the Jewish religion. In particular, Wise focused on eradicating gender segregation in synagogues, expanding women’s rights within the faith, holding English-language services, and loosening kosher dietary restrictions. Each of these reforms was rooted in Wise and other reformers’ belief that Judaism was a fundamentally progressive religion that should adapt to changes in the modern world.

Wise’s meeting with Rabbi Armhold and other members of Rodef Shalom in 1863 convinced the Pittsburgh congregation to formally embrace Reform Judaism early the following year. The move quickly caused yet another schism in the congregation, this time a permanent one. Led by congregant Gustav Grafner, fifteen members of Rodef Shalom (primarily from the Polish faction) left in 1864 to form the Or L’Simcha (Tree of Life) Congregation which now operates in the Squirrel Hill neighborhood. The decision also placed Rodef Shalom in a position to play a key role in history of Reform Judaism within the United States. From November 16-19, 1885, the congregation served as the host of a meeting of Reform-oriented rabbis at the Concordia Club in the Oakland neighborhood that included Isaac Wise and eventually issued an eight point document known as the Pittsburgh Platform that outlined the tenets of Reform Judaism in the United States. Chief among the points was Rabbi Wise’s long held belief that the Jewish faith was fundamentally progressive and should not retain ritual practices ill-suited to modern living. Although never formally adopted by the chief Jewish organizations of its day the Pittsburgh Platform exerted a profound influence on American Judaism for the next fifty years, placing the Rodef Shalom Congregation in a central role within the history of that faith.

Fifteen years after the issuance of the Pittsburgh Platform, Rodef Shalom had expanded sufficiently to merit the construction of a second synagogue at the same location as its first. Designed by architect Charles Bickel and dedicated in September of 1901 by then Rabbi Lippman Mayer, the second Rodef Shalom Synagogue on Eighth Street was faced in brick and featured a large rose window. Though an impressive edifice, the second synagogue like the first proved too small for its congregation. Led by new Rabbi J. Leonard Levy, the Rodef Shalom Congregation chose to relocate to a new temple between Oakland and Shadyside in 1907. The former synagogue was then sold to the neighboring Second Presbyterian Church and eventually demolished in 1959. Anyone interested in the history of the Rodef Shalom Congregation and its place in the story of Reform Judaism in the United States can learn more at the current synagogue during its regular operating hours and services.

Pitz, Marylynne. "Pittsburgh's Tree of Life Was Founded When the Civil War Divided the Nation." The Pittsburgh Post-Gazette November 5th 2018. .