This site’s occupants, past and present, connect it to the city of Pittsburgh’s long history at the forefront of entrepreneurial development in western Pennsylvania and the United States. From 1874 to 1900 this site housed the lodging rooms of Duff’s Business College, the first such institution in the United States. From 2016 to today it has been the home of the Milk Shake Factory, the second of a projected twenty-five locations that will be constructed across the region as part of a significant expansion of local chocolate company Edward Marc (which has existed in Pittsburgh since 1914). Together, this site’s connections to Duff’s Business College and the Milk Shake Factory place it at the center of Pittsburgh’s entrepreneurial history. It also highlights the unique role that immigrants have played in that history. Anyone interested in viewing this site for themselves may visit the Milkshake Factory during its regular operating hours. 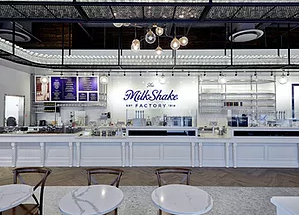 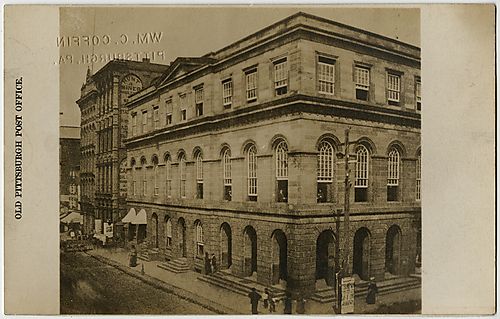 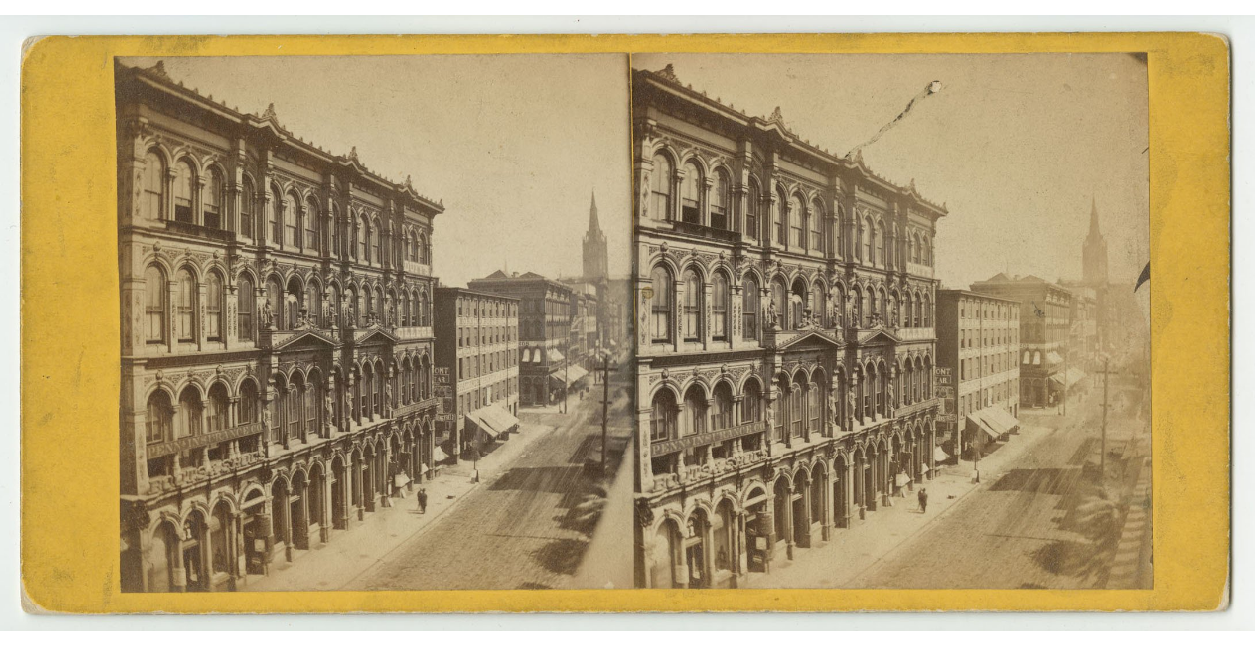 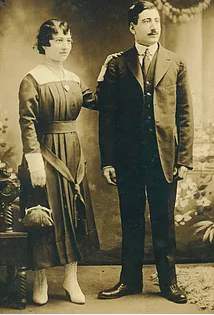 The institution that came to be known as Duff’s Business College was founded by Peter Duff, who immigrated to the United States from New Brunswick, Canada after an 1835 fire destroyed his mercantile business in the town of St. Johns. Duff’s original intention had been to reestablish himself in New Orleans, but low water forced him to stop at Pittsburgh for what he originally intended as only a temporary stay. To make ends meet in the meantime, Duff started clerking for local businesses and his systematized approach to bookkeeping soon impressed his employers so much that they began requesting he provide private instruction in the art to their other employees. Abandoning his plans to continue on to New Orleans, Duff established a business school at what is now the corner of First Avenue and Market Street in 1839. The following year, the legislature of the state of Pennsylvania approved the incorporation of Duff’s school as Duff’s Mercantile College of Pennsylvania. It was the first institution of its kind in the United States, an educational organization devoted entirely to schooling its students in the proper ways and means of contemporary business practices.

In less than two decades the school grew too large for its original location on First and Market and moved into what was known the C.G. Hussey & Company Building on Fifth Avenue. In 1858, Peter Duff’s son William took over his father’s position as principal of the school and student enrollment continued to expand. Within a decade, William Duff like his father found it necessary to find larger quarters for the institution and made the decision to move in 1874 from the Hussey Building on Fifth Avenue to Joseph Eichbaum & Company Building on what is now the 200 block of the same street. He also at some point during his tenure as principal of the college opened lodging rooms at this location, likely for students from outside the city. Though the specific date of the rooms’ opening is unclear because they are not listed in city directories for the period, they appear on the Sanborn insurance maps of the area for 1905 but not in those for 1884 (meaning the date falls sometime in the intervening two decades). Regardless, throughout the period Duff’s Business College educated some of the area’s most influential entrepreneurs and at least a portion of them would have stayed at the institution’s rooms on the 300 block of Fifth Avenue.

The site of 314 Fifth Avenue shares another passing acquaintance with Pittsburgh’s entrepreneurial history by dint of its modern-day occupation by the Milk Shake Factory. PNC Financial Services (which had occupied the corner of Fifth Avenue and Wood Street since 1858) constructed a skyscraper known as the Tower at PNC Plaza in 2015 that occupied half of the block. One year later, area chocolatiers Edward Marc announced plans to open the second of Pittsburgh’s Milk Shake Factory locations in the building at address 314 Fifth Avenue. In the process, they connected the site to a century-long tradition of entrepreneurship in the regional confectionery industry. The Edward Marc brand began with the establishment of the Keystone Candy Company in 1914 by Greek immigrant “Charlie” Sarandis Sarandou. Born in 1887 in the village of Varos on the island of Lemnos, Sarandou voyaged to the United States in 1912 after Greece seized his home island from the Ottoman Empire in the First Balkan War. After working as a street vendor for two years, Sarandou had saved enough money to open a soda fountain and chocolatery in the Lawrenceville neighborhood that now serves as the flagship Milk Shake Factory location. Sarandou’s wife Orania immigrated from Greece in 1916 and the two married in New York City four years later. Together, they operated the Keystone Candy Company with their children and in-laws as employees until Charlie’s death in 1965.

In establishing and operating their confectionery business, Charlie and Orania took part in a much larger process by which Greek immigrants came to dominate that industry for much of the late nineteenth and early twentieth century. Like many immigrants to the United States in the nineteenth century, those from Greece often sought first and foremost to seize economic opportunities that would allow them to save enough money to bring family members overseas to join them in their new lives. Those family members would then often join the original immigrant in whatever industry had given them their economic opportunities and would help to save up for the next member of the family to make the journey to the United States. In the case of Greek confectioners, Eleutherios Pelalas of Sparta and Panagiotis Hatzideris of Smyrna were the first immigrants to enter the candy-making industry when they opened a sweets shop in Chicago in 1873 after several years of saving money as street vendors. They quickly began training family members and other Greek immigrants, who in turn opened their own confectioneries. By the time the Sarandous entered the industry, the idea of the Greek candy maker had become so ubiquitous that the fictional confectionery in Sinclair Lewis’ 1920 book Main Street about small town life in the United States was operated by a Greek immigrant.

Like many other Greek-American families, the Sarandous inspired generations of candy makers that have worked over the century since to expand their brand and provide customers with sweets made from recipes that haven’t changed since their first use in 1914. From Keystone Candy, the brand became Geoffrey Boehm and later Edward Marc, each name a reference to the family members that made the company what it is today. The 2003 opening of the first Milk Shake Factory at the company’s original location in Lawrenceville was based on a school project completed by family member and co-CEO Dana Edwards Manatos. After a brief time operating a location in the Pentagon from 2009 to 2015, the family opened the second Pittsburgh Milk Shake Factory downtown at this site as part of a larger effort to open twenty-five new locations across the region with an investment from the Tull Investment Group. In the process, they reemphasize 314 Fifth Avenue’s long history of connections to the immigrant entrepreneurs of Pittsburgh and western Pennsylvania. Anyone interested in viewing the site for themselves may do so during the Milk Shake Factory’s regular operating hours.