The Pennsylvania School of Horticulture for Women Historical Marker

Jane Bowne Haines was an educator and founded the first horticultural school for women. She was born on July 18, 1869 in Cheltenham, Pennsylvania into a Quaker family. Jane’s father created a fruit and shade-tree nursery. She can credit everything she knows to the Wyck House, her family’s home in Germantown. Since this was around the time of WWI and WWII, Jane noticed that women wanted to help and contribute to the wars, so she created The Pennsylvania School of Horticulture for Women. She established the school in 1910 in Ambler, Pennsylvania. Jane’s motivation was to give women a practical education in horticulture and landscape architecture.

The marker for The Pennsylvania School of Horticulture for Women 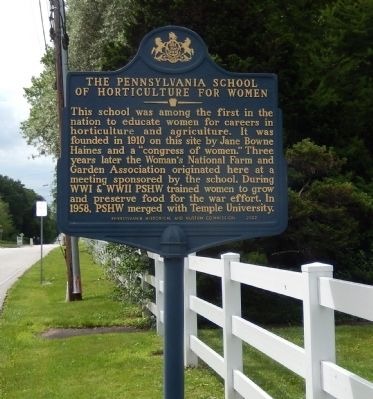 Jane Bowne Haines was born on July 18, 1869 in Cheltenham Pennsylvania. 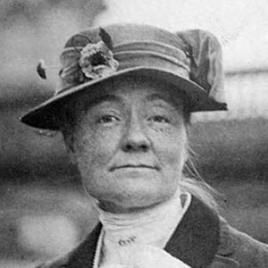 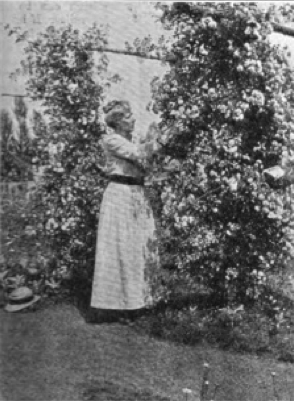 This the Wyck House located in Germantown where Jane grew up. 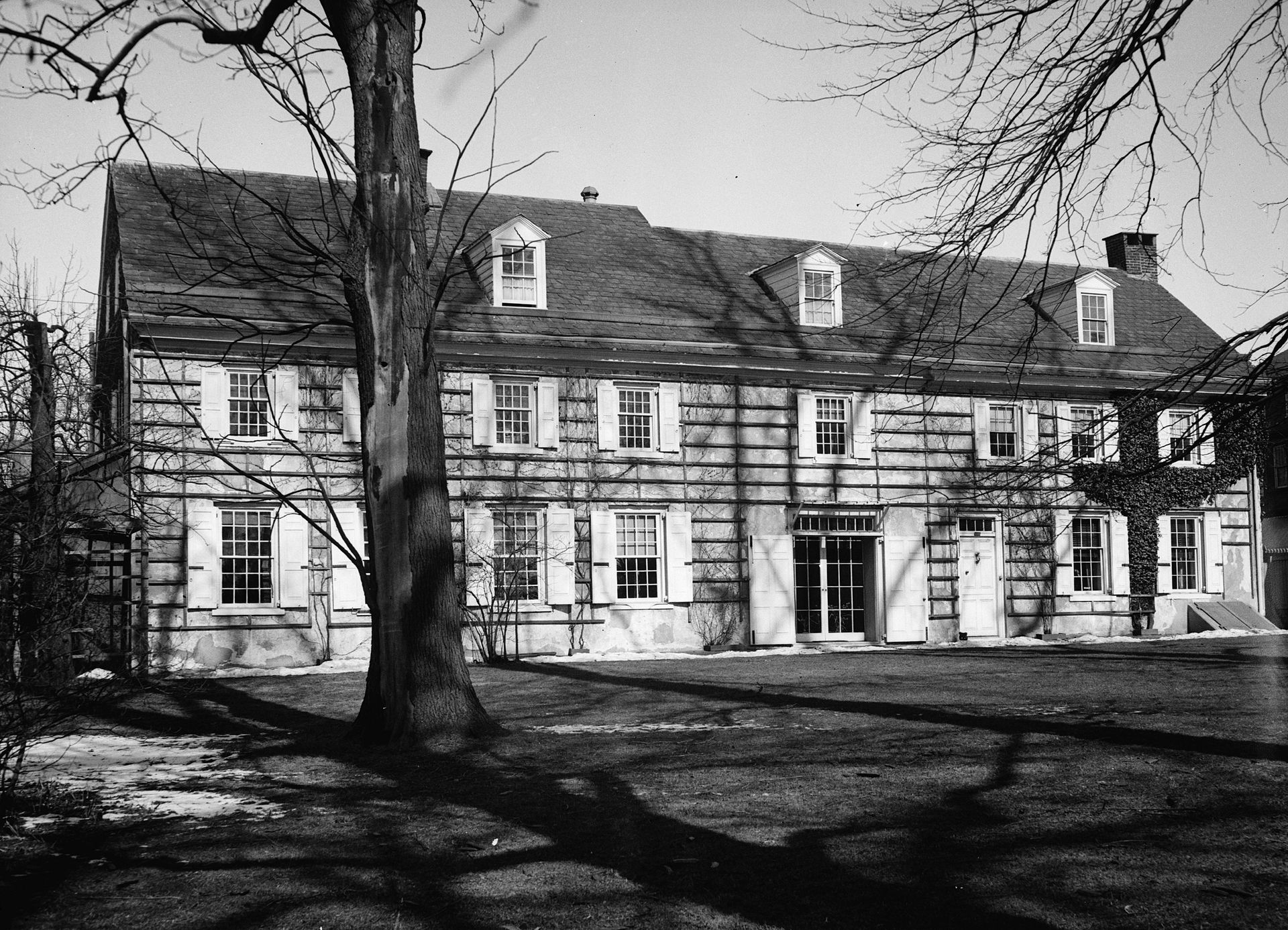 During WWI and WWII, women wanted to do something to help out and contribute with the war. So, a woman named Jane Bowne Haines founded the Pennsylvania School of Horticulture for Women located in Ambler Pennsylvania where they learned how to grow and preserve food for the war. It was established in 1910 by Jane Bowne Haines and a group of women. Jane created the school to give women a practical education in horticulture and landscape architecture. This was the first horticulture school for women in the United states.

Jane was born on July 18, 1869 in Cheltenham, Pennsylvania to a Quaker family in the business of horticulture. Jane’s father made a fruit and shade-tree nursery. She can credit everything she knows to the Wyck House, her family’s home in Germantown. Her ancestor, Caspar Wistar Haines, had created the first formal garden that Jane had studied. Jane went to Bryn Mawr college and earned a B.A. and an M.A... She was also a History Fellow there from 1892 to 1893. Then from 1895 to 1898 she was an associate librarian.[1] Then she went to the New York State Library School and studied from 1898 to 1899. Jane had worked at the Library of Congress for two years and then went back home to help her family with the nursery.

Jane was determined to create a school of horticulture for women, primarily in the Philadelphia area. She decided to go to Europe to visit and study multiple gardening schools. When Jane got back to the States, with support from her friends and family, she bought a 71-acre farm in Ambler, PA. She designed it after the two colleges she visited in England. Haines actually had to teach in the doorway of the so-called classroom the size of a closet. The students had to wear uniforms which consisted of long khaki skirt that was 6 inches from the ground and a matching jacket but were not functional since they were working in a garden. The first class was on February 11, 1911 with five students enrolled, and out of those five, three had completed the two-year program. In 1914, they built a new building across from the old building. It had a classroom and a dormitory.

Elizabeth Leighton Lee became the director of the school in 1915. She led the school during WWI, and she is considered to be the first women practitioner of landscape architecture in the Philadelphia area. Elizabeth is said to have started the landscape design program at the school. Elizabeth left her position in 1924 to Louise Carter Bush-Brown.

Landscape architecture and business management courses had been added to the school’s curriculum after World War I. The agricultural field was dominated by males which made it a potential barrier for women to get in. The bias was that women weren’t qualified to reach their potential.  Jane helped paved the way for women to enter into the horticulture business. In 1952, the school got approval as a junior college and then in 1957, they changed its name to the Ambler Junior College. Then in 1958, the school had merged with Temple University. Once they merged, for the first-time men had been admitted into the program. Jane passed away in 1937 at the age of 68 so she didn’t live to see the merger of the schools. Though Jane didn’t get to see the merger of the schools, The Pennsylvania School of Horticulture for Women has been around for 109 years and is still thriving.

The Pennsylvania School of Horticulture for Women received their historical marker on September 20, 2002. The location of the marker is at 580 Meetinghouse Road, Ambler PA. It is in the Philadelphia region. The marker reads, “This school was among the first in the nation to educate women for careers in horticulture and agriculture. It was founded in 1910 on this site by Jane Bowne Haines and a “congress of women.” Three years later the Women’s National Farm and Garden Association originated here at a meeting sponsored by the school. During WWI & WWII PSHW trained women to grow and preserve food for the war effort. In 1958, PSHW merged with Temple University.”[3]

Foster, Billye. Women in Agricultural Education: Who are you?, The University of Arizona. Accessed March 18th 2020. https://www.researchgate.net/profile/Billye_Foster/publication/253600663_Women_In_Agricultural_Education_Who_Are_You/links/544961480cf2f63880829a49/Women-In-Agricultural-Education-Who-Are-You.pdf.