Pearl S. Buck was an inspiring American writer who grew up in China, immersed in and learning the Chinese culture. While she was fascinated with reading and writing, she began her writing career at age six and her first published work was displayed by English-language Shanghai Mercury. Later in life, she returned to the United States and gave birth to her only child, Carol, on March 4, 1920. Carol was diagnosed with phenylketonuria. Pearl saw the issues in society, having her handicapped daughter, and many of her literature works were inspired by Carol. The Pearl S. Buck house is a National Historic Landmark of a very inspiring woman. The Pearl S. Buck House’s mission is to carry on the legacy of Pearl S. Buck and her amazing work, as well as, continuing to impact the world, as Pearl did.

This building is the Pearl S. Buck House, where many events are held to advertise for the Welcome House adoption agency. 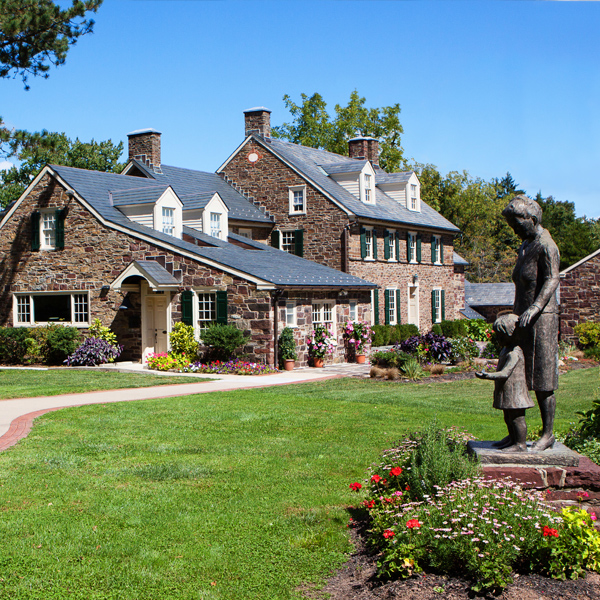 "The Good Earth" is the book that won Pearl S. Buck the majority of her awards and was taught in many schools. 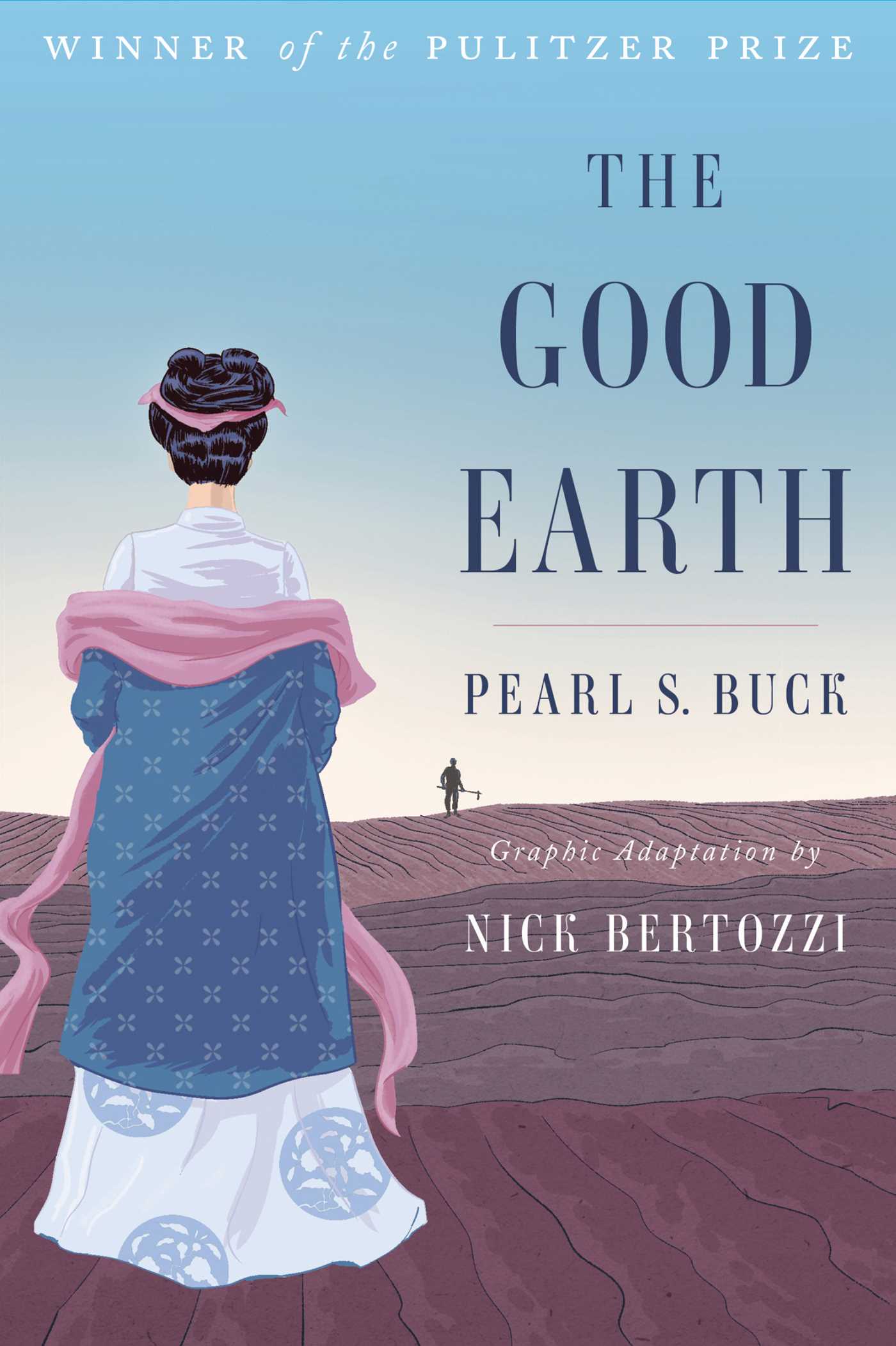 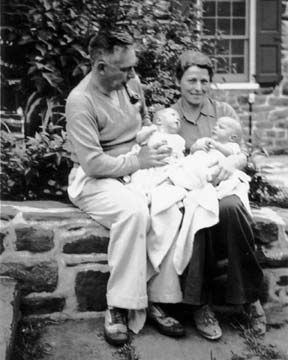 Depicted is gravesite of Pearl S. Buck, in which her remains are placed on the property of the Pearl S. Buck house. 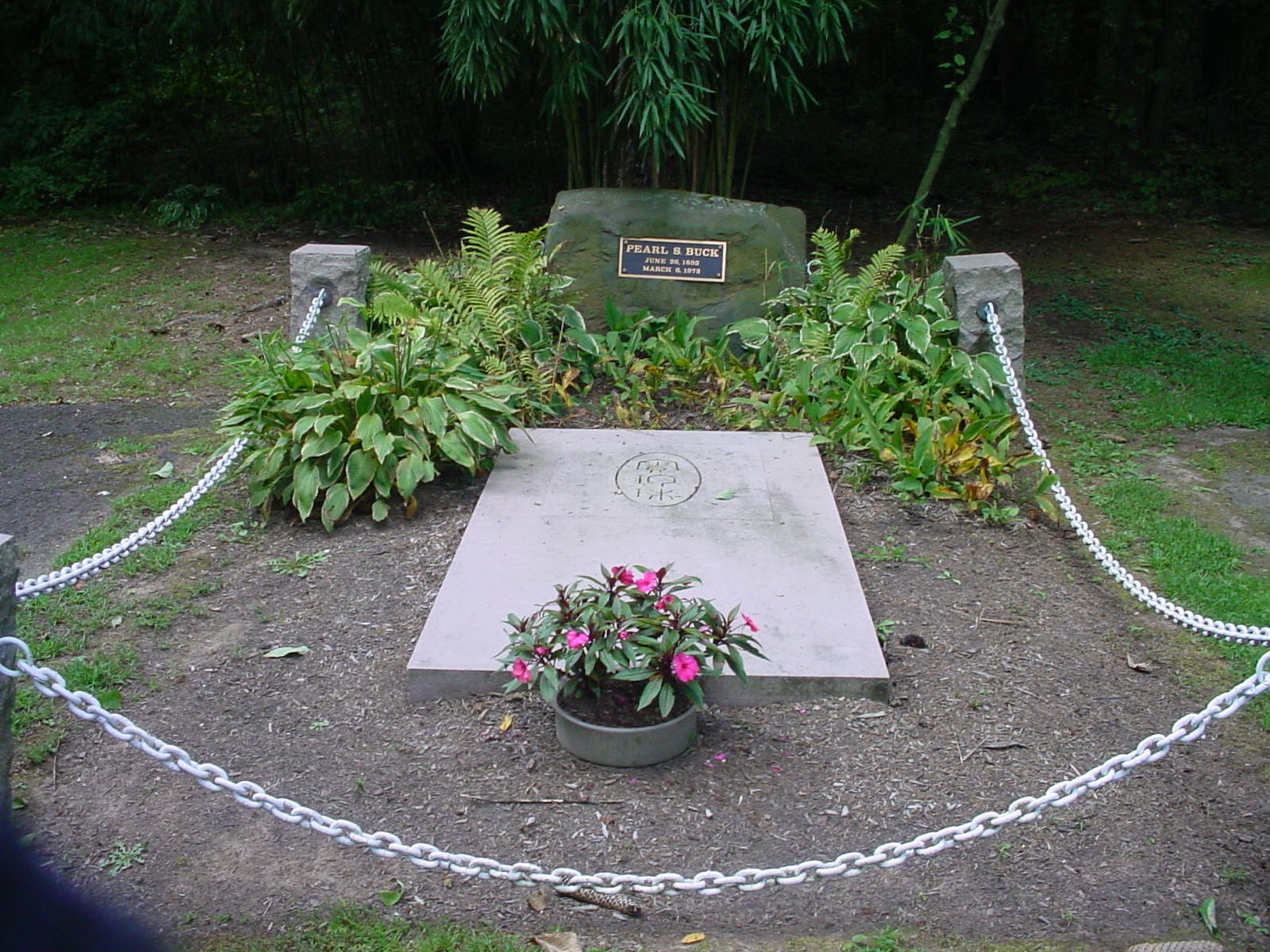 Pearl was born on June 26, 1892 in Hillsboro, West Virginia. Due to both parents being Presbyterian missionaries, a young baby Pearl and her parents moved to a small Chinese village of Chinkiang. When Pearl was six years old, her mother and a tutor began homeschooling her. In 1907, Pearl enrolled in a boarding school in Shanghai. After completing her schooling in 1909, she returned to the United States to continue her education at Randolph-Macon Woman’s College in Lynchburg, Virginia. After receiving a bachelor’s degree in philosophy, she was offered a teacher’s position at Randolph-Macon Woman’s College. Early in her professional career as a professor, her mother became ill. Pearl then decided it was best to move back to China to take care of her mother. Years later, in 1917, Pearl fell in love and married a man by the name of John Lossing Buck. In 1920, she gave birth to her only child, Carol. Pearl then returned to the United States in pursuit of her master’s degree in English from Cornell University. Pearl believed that Carol had a mental illness and was later diagnosed with phenylketonuria. When Carol was nine years old, Carol was enrolled in the Vineland Training School. Carol’s mental illness inspired many of Pearl S. Buck’s literature works. In addition, Pearl was frustrated with her own lifestyle and began writing novels in the pursuit of a better living. Pearl went on to write many literary works and some became extremely well known as an author (Pearl S. Buck Biography).

As stated before, Pearl S. Buck was a brilliant, inspiring writer who was born in West Virginia and moved to China as a young child. It was not long before she had her first work published and went on in her life to do amazing works in literature. For example, the second book she penned in 1931, “The Good Earth”, appeared on the American list of best sellers and went on to win many awards. A few of the awards the book earned was the Pulitzer Prize, William Dean Howells Medal, and the most memorable was the Nobel Prize. Not only did it win many awards, but “The Good Earth” was so brilliant that many schools decided to teach the book based on its importance. In addition, she wrote Sons, A House Divided, The First Wife and Other Stories, All Men are Brothers, The Mother, and many more (Pearl Buck). In 1938, Pearl became the first American woman to earn a Nobel Prize in Literature (Pearl S. Buck Biography).

Based on all Pearl S. Buck’s amazing work, it is easily apparent to see how her house has become such a historic landmark. The great estate of this National Historic Landmark, located in Bucks county Pa, was built in 1825. The Pearl S. Buck house was the home of Pearl S. Buck and her family. This Historical Landmark is significant because it is the home of a very inspiring woman from the early 1900’s. At the time, woman writers were not very common. Not only was she one of the few women writers, but she was the first woman to earn the Nobel Prize in Literature. This home is a physical representation of the work of a woman in the early 1900’s. In addition, the home contains a span of the collection of books that she wrote. Not only does the estate contain her personal collection of books, it also contains her gravesite where visitors are welcome to mourn the death of Pearl S. Buck. Due to the COVID pandemic, the Pearl S. Buck house is currently closed. However, Pearl S. Buck International offers zoom meetings, where one can virtually view and tour the home (Pearl S. Buck Biography).

Lastly, she quickly became impactful in her community. Pearl began falling in love with how impactful adopting children can be to someone. Pearl adopted a total of 7 children. Pearl became motivated to make the world a better place. Not only did she impact the world with her books, but also with her actions. “Through her writings and her actions Pearl S. Buck promoted peace, social justice and cultural understanding.” This quote clearly proves that she was more than a writer, but she impacted the people around her. In 1949, her actions began to change the world by founding Welcome House. Welcome House was the first American international adoption agency. Welcome House was dedicated to finding homes for the “unadoptable” children who were Asian and Amerasian. Within just a couple years, Welcome House was able to place 7000 children in homes. In 1644, she founded another foundation called Pearl Buck Foundation. The mission of the Pearl Buck Foundation was to assist impoverished children in any way that was needed. Every year at the house, Welcome House holds a picnic to celebrate and advertise their great work of adopting children (Pearl S. Buck Collection).