Peter Everst Studebaker's daughter Mary Rebecca Studebaker married Nelson Johnson Riley of St. Joseph in 1882. Peter constructed a home for the couple at 603 North 5th Street which is still referred to as the Studebaker house. Their wedding announcement describes the event and home: "The guests numbered five hundred, and four generations of the family were represented. The bride was presented with 100 shares of stock in the Studebaker wagon-works company, a residence lot St. Joseph, a Steinway parlor grand piano, a water color of wild flowers, a pair of painting and an elegant bound family Bible. The other presents were numerous and splendid." 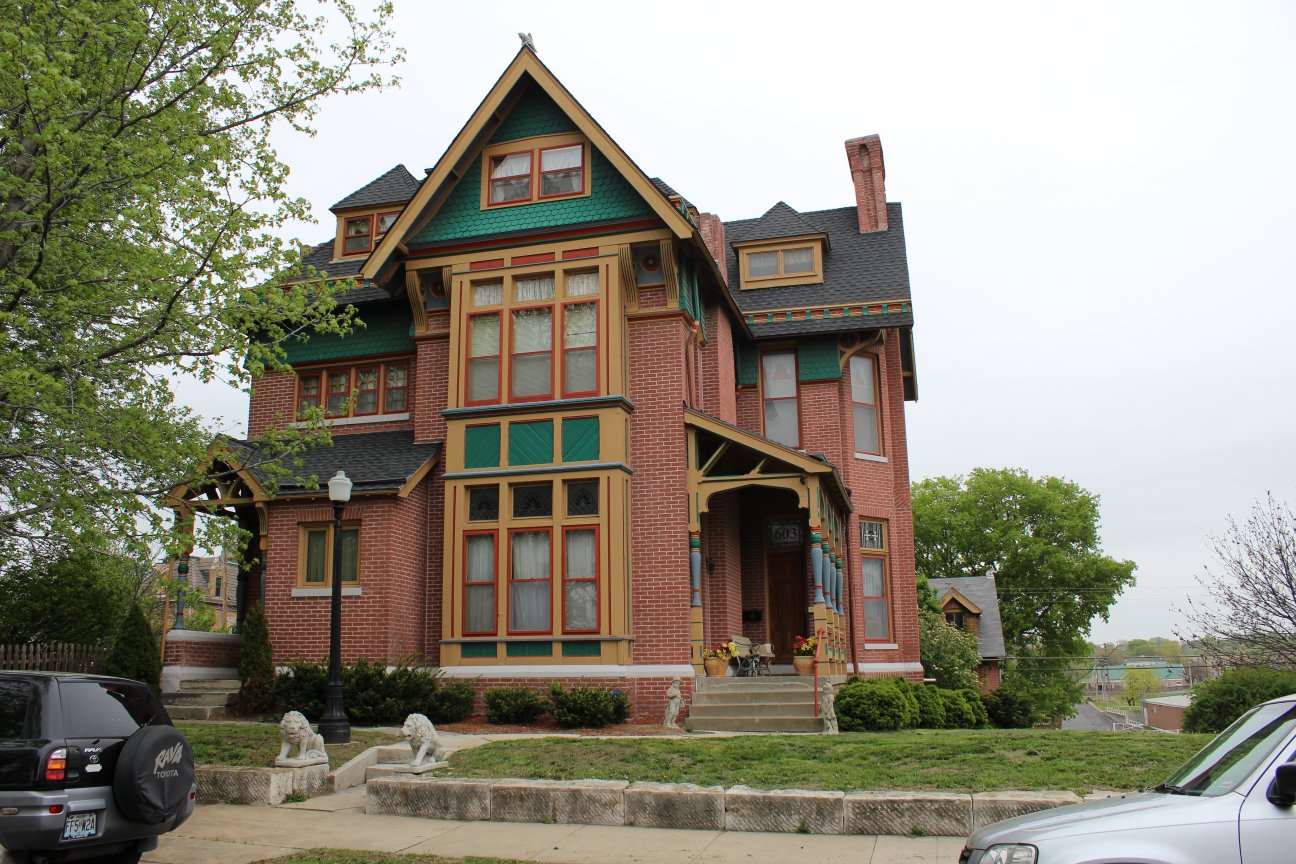 The Studebaker family was a family of wagon makers. Five brothers; Henry, Clement, John Mohler, Peter Everst, and Jacob Franklin, traveled across the United States amassing a fortune during the gold rush as Blacksmiths, wheelbarrow makers, and wagon manufacturers, coming together in 1868 to officially form the Studebaker Brothers Manufacturing Company. While their work was centered around South Bend, Indiana, their market focus was directed towards westward expansion which brought them early on to St. Joseph, Missouri.

Peter Everst Studebaker first opened a dealership in St. Joseph in 1865, but upon the incorporation of the business, the Studebaker Bros. constructed a manufactory and repository at the corner of 4th and James Streets. James Street later became Patee Street. They entered several wagons at the Buchanan County Fair and St. Louis State Fair and consistently won the blue ribbons and premiums for best sleigh, best single top buggy, and best two horse carriage.

Peter Everst Studebaker was listed as one of the wealthiest citizens in St. Joseph in 1869. He was the second person to cross the newly constructed Kansas City Bridge and the first to return across it. By 1870, he and several of St. Joseph’s wealthiest citizens each donated $5,000 towards the construction of a bridge across the Missouri River here.

Peter returned to South Bend and left the managing of the local branch to his nephew, John Studebaker Welch. Welch and Peter’s son, Wilbur Fisk Studebaker, reorganized the firm as Studebaker and Welch in 1876 and moved to an office at 207 South 4th Street. Wilbur married Frances “Fannie” Belle Dulin in St. Joseph in 1877. She was the daughter of Elijah Shelton Dulin, the founder of the Women’s College at the Patee House. Peter’s daughter Mary Rebecca Studebaker married Nelson Johnson Riley of St. Joseph in 1882 and Peter constructed a home for the couple at 603 North 5th Street which is still referred to as the Studebaker house. In another local connection, John Mohler Studebaker III, grandson of Peter Everst’s brother John Mohler Studebaker, married Lillian Bartlett, niece of the Bartlett Brothers of St. Joseph.

With the death of Peter Everst Studebaker in 1895, the company came under the management of John Mohler Studebaker’s son-in-law Frederick Samuel Fish. Fish was fascinated by motorized vehicles and is credited with shifting the focus of the wagon company to the motor vehicles they are known for today. Studebaker merged with Packard in 1954 and in 1961 they purchased another St. Joseph invention, STP Oil.