R.T. Davis was born in 1837 in southeastern Buchanan County, Missouri as one of the earliest families to settle the region. He began milling in 1866 and expanded into St. Joseph and conglomerated the local mills into one entity, the R.T. Davis Milling Company. His home at 319 North 20th Street was designed by Joseph H. Bennett in 1890 and is often referred to as the Aunt Jemima House. 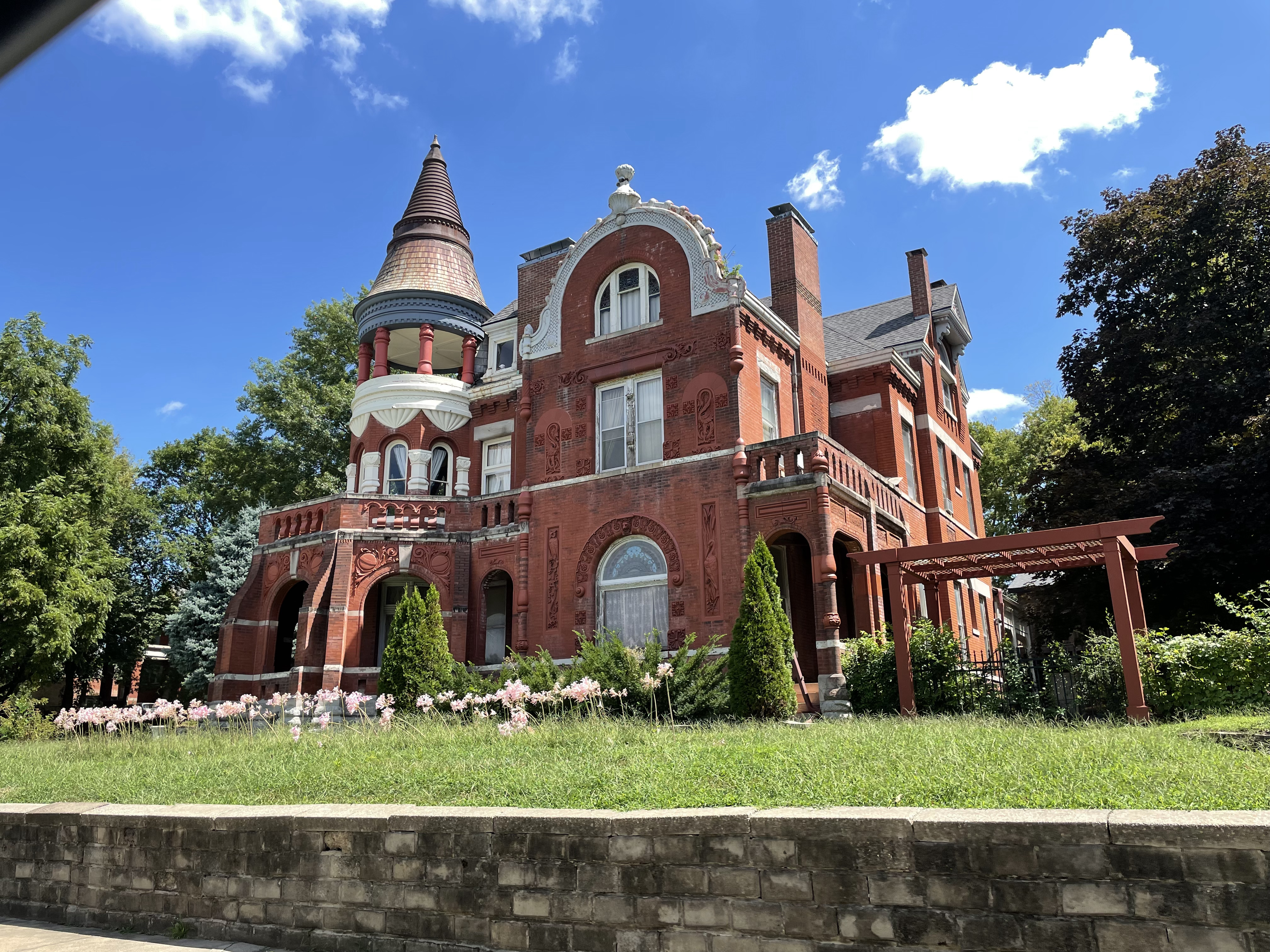 Christian Ludwig Rutt was born in 1859 in Milwaukee, Wisconsin. The son of German immigrants, the family moved to Atchison, Kansas where Rutt received his education at St. Benedict’s Parochial School and College. Rutt worked various jobs before settling in as a prolific writer for local newspapers and updating the Buchanan County History books of 1904 and 1914. Prior to his writing career, however, Rutt joined Charles G. Underwood in the purchasing of a flour mill in St. Joseph in 1888. Dubbed Pearl Milling Company, Rutt & Underwood developed the formula for an easy pancake mix that would revolutionize breakfast prep.

When marketing the mixture, Rutt looked back at the minstrel shows he attended as a child and young adult. Minstrel shows were musical acts where white performers dressed in black face and portrayed racial stereotypes of African Americans, perpetuating southern slave culture in the post Civil War period. These performances were commonplace throughout the late nineteenth and early twentieth centuries and the ramifications of these racist portrayals within our American popular culture is still being addressed today. Thus, the Aunt Jemima brand was created.

Pearl Milling Company failed to capitalize on marketing their invention and in 1890 they sold the mill to Randolph True Davis. The R.T. Davis Milling Company was already wildly successful and conglomerated the local mills into one entity. R.T. Davis was born in 1837 in southeastern Buchanan County, Missouri as one of the earliest families to settle the region. He began milling in 1866 and expanded into St. Joseph. Taking and improving the Aunt Jemima pancake mixture, R.T. Davis brought the product and the company to a national audience in 1893.

Davis hired Nancy Green, a former slave and cook to a pair of Chicago lawyers, to portray the character of Aunt Jemima at the World’s Columbian Exposition in Chicago in 1893. Nancy Green demonstrated how the pancake mixture worked and sold millions of pancakes at the fair, spreading word of the product across America. Her likeness was used for the brand and Aunt Jemima became a household name. The mixture became so synonymous with the company that the R.T. Davis Milling Company was renamed the Aunt Jemima Milling Company in 1913. Quaker Oats purchased the company in 1925 and trademarked the Aunt Jemima name. R.T. Davis did not live long enough to see the success of the product, passing away the year after it's debut in Chicago.