The farm property on the north side of Sound Avenue east of Herricks Lane contains the Hallock Homestead and has become the Hallockville Farm Museum. The property was part of a larger parcel of 525 acres that almost became the site of four nuclear power plants under the new owner in 1973, Long Island Light and Power Company (LILCO). After years of opposition from locals and Governor Carey, the project was denied in January 1980. LILCO had leased the Caleb Hallock barn and other outbuildings to the newly-formed Hallockville, Inc. in 1977 for ten years. LILCO donated the Caleb Hallock farmhouse and outbuildings and 2.5 acres to Hallockville Inc. in 1981; the farmstead was listed in the National Register in 1984. Hallockville, Inc. restored the farmhouse and outbuildings to create an historical working farm museum that is still operating.

Front (S) and west elevations of Hallock Homestead in 1979 (O'Brien) 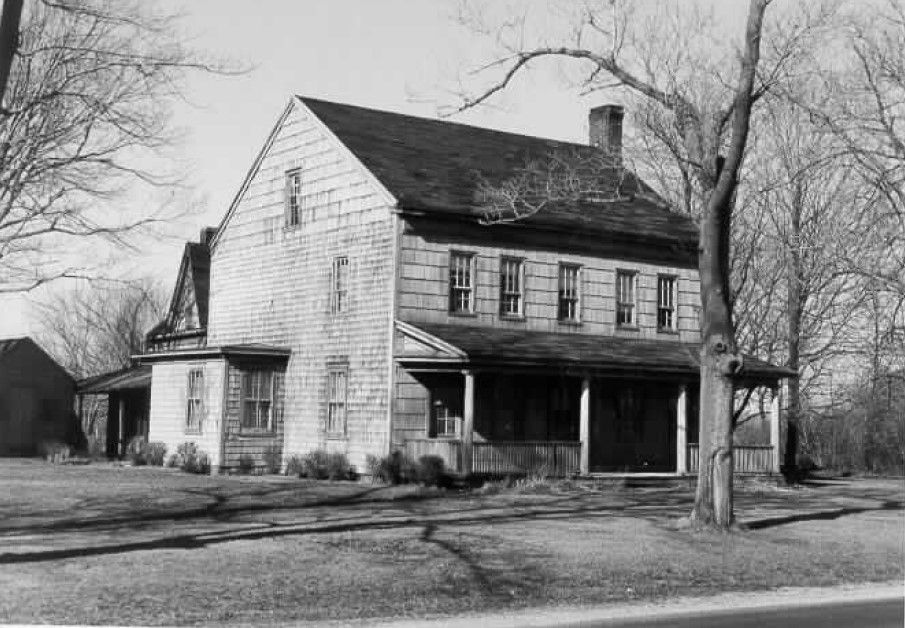 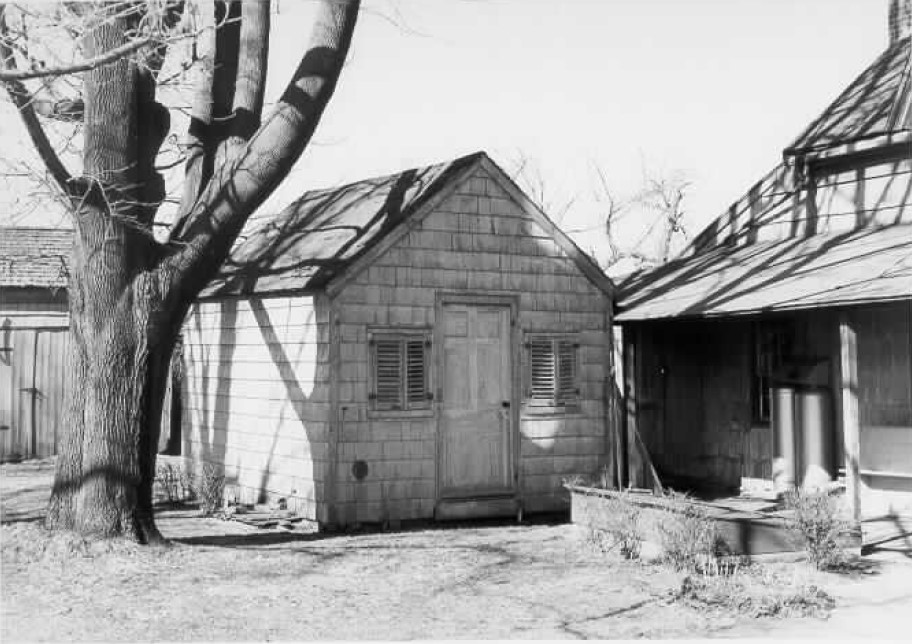 North side of barn at Hallock Homestead in 1979 (O'Brien) 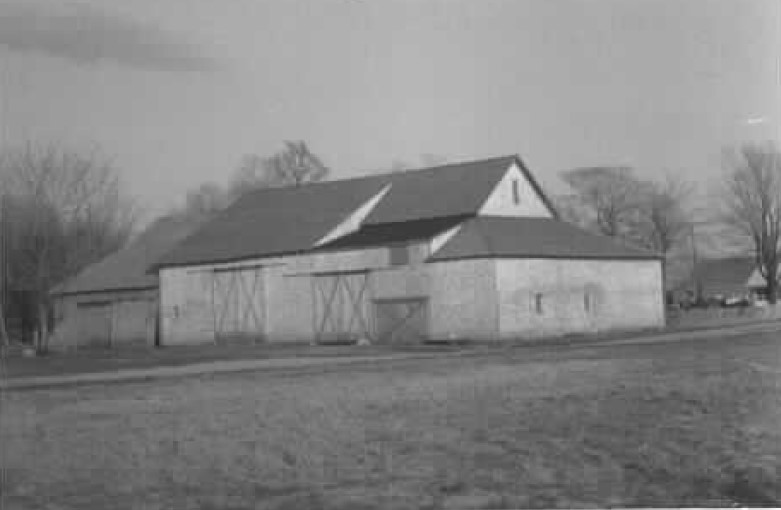 Up to fourteen Hallock families owned farmsteads in the northeast corner of Riverhead Township in the nineteenth century; this area of Northville was called "Hallockville" informally. Captain Zachariah Hallock (1749-1820) was the father, grandfather, or great-grandfather of the builders of most of these farmsteads. Zachariah acquired 150 acres with a farmstead in 1780 from the Swezey family, becoming the first local Hallock in the museum vicinity. Typically, when a son married in the Hallock family, he was given a farm with an existing or new farmhouse. Daughters usually moved to farms or homes provided by their husbands. An 1858 map (see figure) showed eight Hallock farmsteads along the north side of Sound Avenue; an 1873 map showed six labeled as Hallock family. By 1909, only three Hallock farmsteads remained along the north side of the road; when David Halsey Hallock died at age 101 in 1939, only his three unmarried children were left as residents of the old farmstead.

Six of the historic Hallock farmsteads are still standing in the vicinity, including one that became the Hallockville Farm Museum's homestead on the north side of Sound Avenue. The Hallock Homestead began as a one-story house around 1765 on land owned by Reuben Brown; Ezra Brown sold the property in the late eighteenth century to Captain Zachariah Hallock for the Captain's son, Zachariah Jr. A small wing with one room was added to the west side of the farmhouse in 1833. The roof was removed and the house was enlarged to two stories in 1845. The west wing was moved to the rear of the house in 1860. Other rear additions were built in the 1870s/1880s and in 1894. The house was occupied by the Hallock family until 1979.

A milk house stands to the northwest of the Hallock Homestead; the one-story wood frame building previously was Captain Zachariah Hallock's shoemaker shop and was moved to this spot from across the road in the mid-nineteenth century. The account books from his shoemaking from 1771 to 1817 have survived. An early eighteenth century outbuilding nearby was a shop/ wood shed. The large, two-story barn on the property is an early nineteenth century outbuilding with later additions on all sides. The Hallock Homestead was listed in the National Register in 1984 due to its significance as one of the oldest extant farm complexes on the North Fork of Long Island.