The wood frame house at 126 Sound Road in Wading River, on the east side of the road, is the Benjamin King Woodhull House. The oldest portion of the house was constructed around 1750, possibly by Josiah Woodhull Jr. (1733-1787). The original part of the house - a post and beam building about 20 feet square - was enlarged in the nineteenth century to one-and-a-half stories and has become a south extension of the two-story, Greek Revival style main block dating to the ca. 1840s. The house, also known as Four Chimneys, was listed in the National Register of Historic Places in 2009 as an example of changing architectural styles in vernacular farmhouses from the eighteenth to early twentieth centuries in north-central Long Island. The house and a privy are part of the nomination on a lot of almost six acres; a barn, garage, guest house, kennel, and well head are not.

Front (west side) of B.K. Woodhull House in 2008 (Studenroth and Bartos) 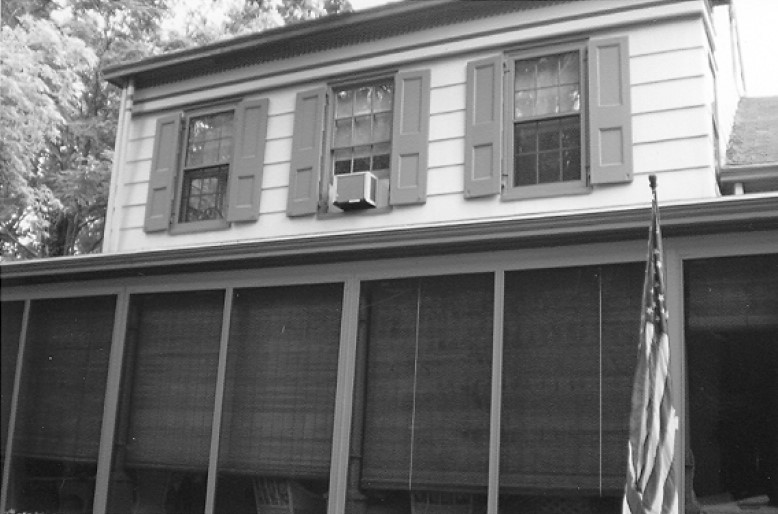 Front (west side) of original portion of B.K. Woodhull House with 19th century porch in 2008 (Studenroth and Bartos) 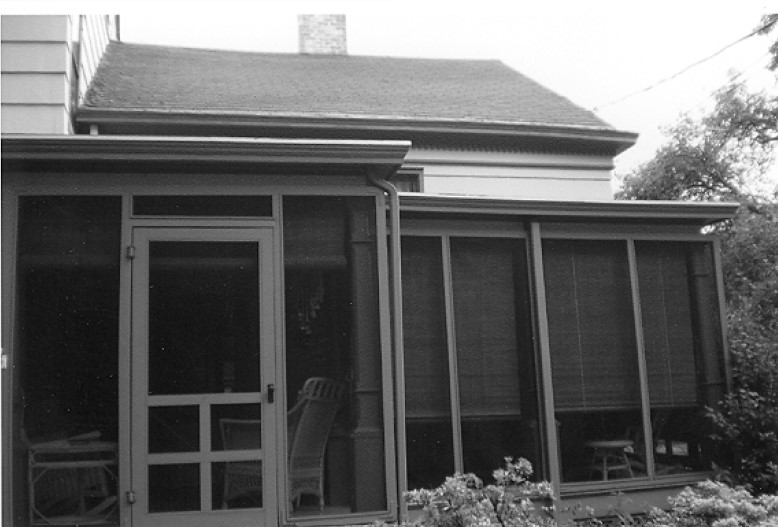 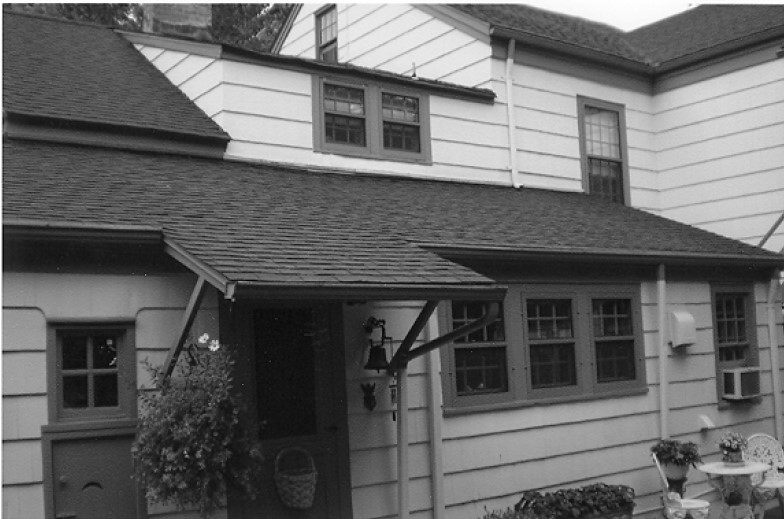 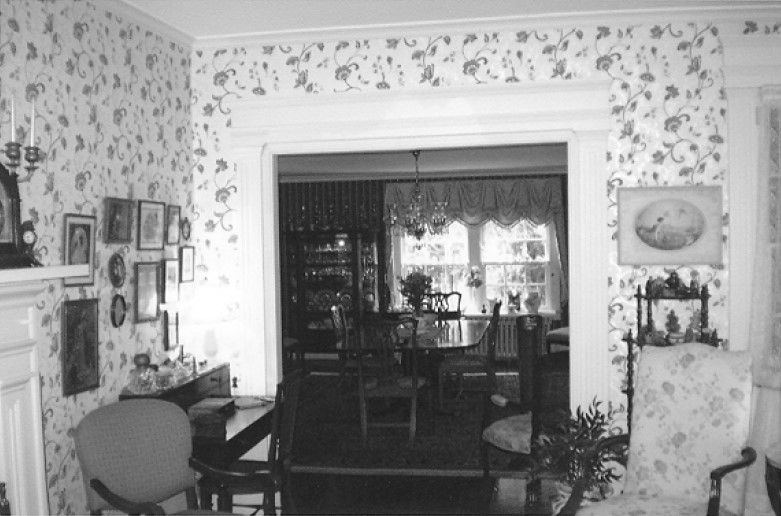 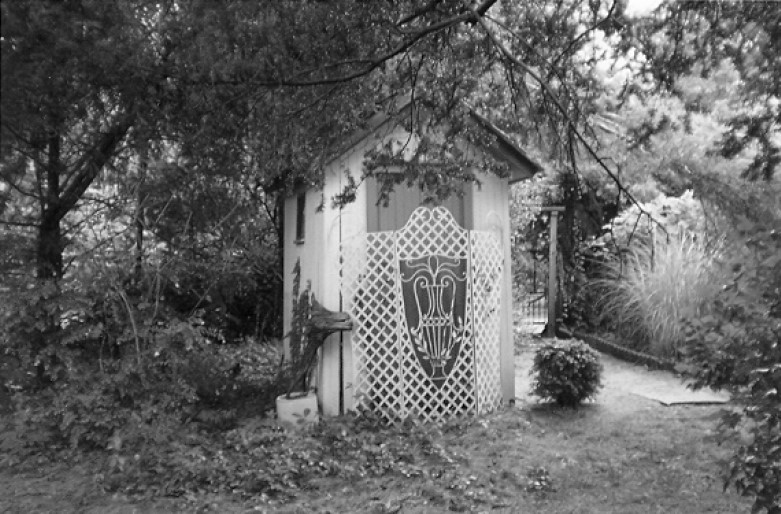 Josiah Woodhull Jr. (1733-1787), the presumed owner of the new house around 1750, was married to Hanna Terry (1742-1805). The couple had seven children; the eldest son, Nathaniel (1770-1839), probably inherited the house when his father died in 1787, when Nathaniel was only 17 years old. Nathaniel married Sarah Hulse; they had two children before Sarah's death in 1799. With his second wife, Margaret Hallock (died in 1843), Nathaniel had five more children, including Benjamin King (1809-1892). Benjamin's older half-brother Robert (b. 1793) and brother Noah (b. 1806) were already married and may have moved to their own homes by the time Nathaniel died in 1839; the third son, Benjamin King, inherited the family home. Nathaniel's four daughters had all died or gotten married by 1839. Benjamin K. married three years later, in 1842, to Catherine Celia Mapes.

The three-bay front facade of the original house and its cellar have survived. The foundation of the oldest part of the house is stone while the later additions rest on brick foundations. The basement of the original house is about 20 feet square and under the dining room, showing the footprint of the original house. A stairway leading into the basement was likely accessible from the rear exterior of the house originally; the lean-to addition covering the door to the stairs was added in the twentieth century. The main block also is three bays wide, with the entrance door on the left. Straight kerf marks on the wooden beams in the crawl space under the main block indicate handsaw technology and help to date the main block to the mid-nineteenth century; by the late nineteenth century, steam-powered circular saws left curving cut marks. A nineteenth-century one-story rear wing was enlarged to two stories in the twentieth century. A shed-roof porch that seems to date from the 1860s to 1880s spans the front of the main block and a side wing; it was been enclosed by screens in the twentieth century. The four brick chimneys gave the house its name, and are on the main block, south extension (original), back extension, and summer kitchen wing. The original chimney may have been made of stone but was likely removed during nineteenth-century remodeling and replaced with a smaller, brick chimney.

The nineteenth-century privy in the rear yard is wood frame construction with vertical board siding and original interior features. The barn, while nineteenth-century, is not part of the contributing historic structures on the property because it was moved here to replace a much older barn that was destroyed by a lightning fire in 2005.