The house at 172 Hallock Landing Road, to the west of the fork in the road with Culross Drive, is the Noah Hallock Homestead. Acquired by the Rocky Point Historical Society in 2015, the house was owned by eight generations of the Hallock family, pioneer settlers of Rocky Point. Noah Hallock built the house in 1721 for his bride, Bethia Youngs. The Noah Hallock House is Rocky Point's oldest standing house and was listed in the New York and National Registers in 2013. Also on the property are historic outbuildings: a well house, chicken coop, and privy. The historical society operates a museum in the house and also offers tours of the garden. Hallock descendants still live nearby on portions carved out of the once-larger property. 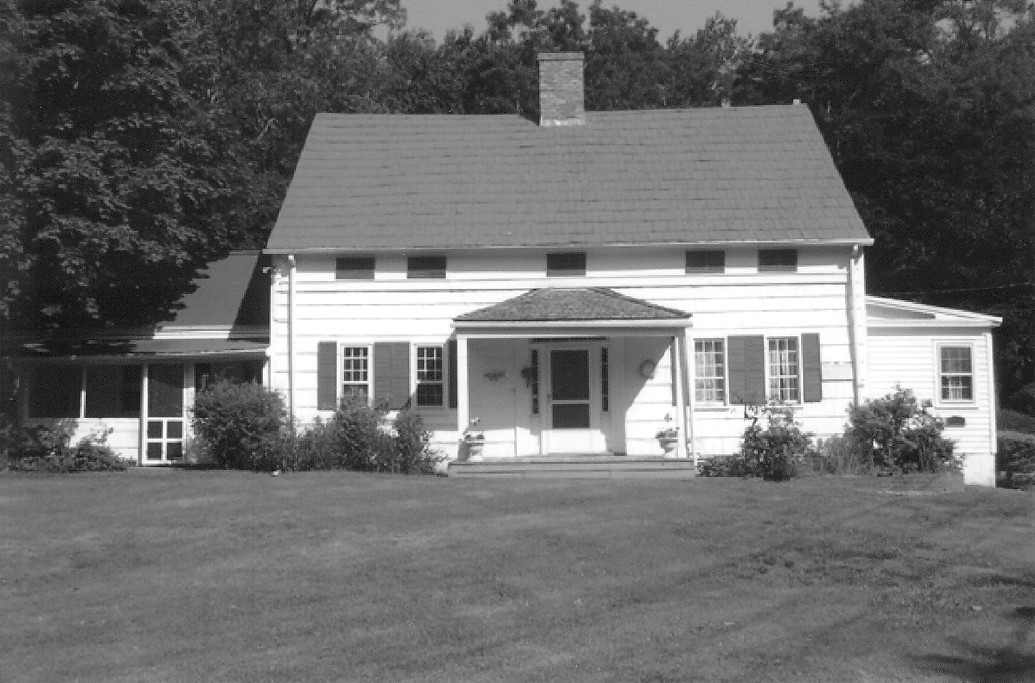 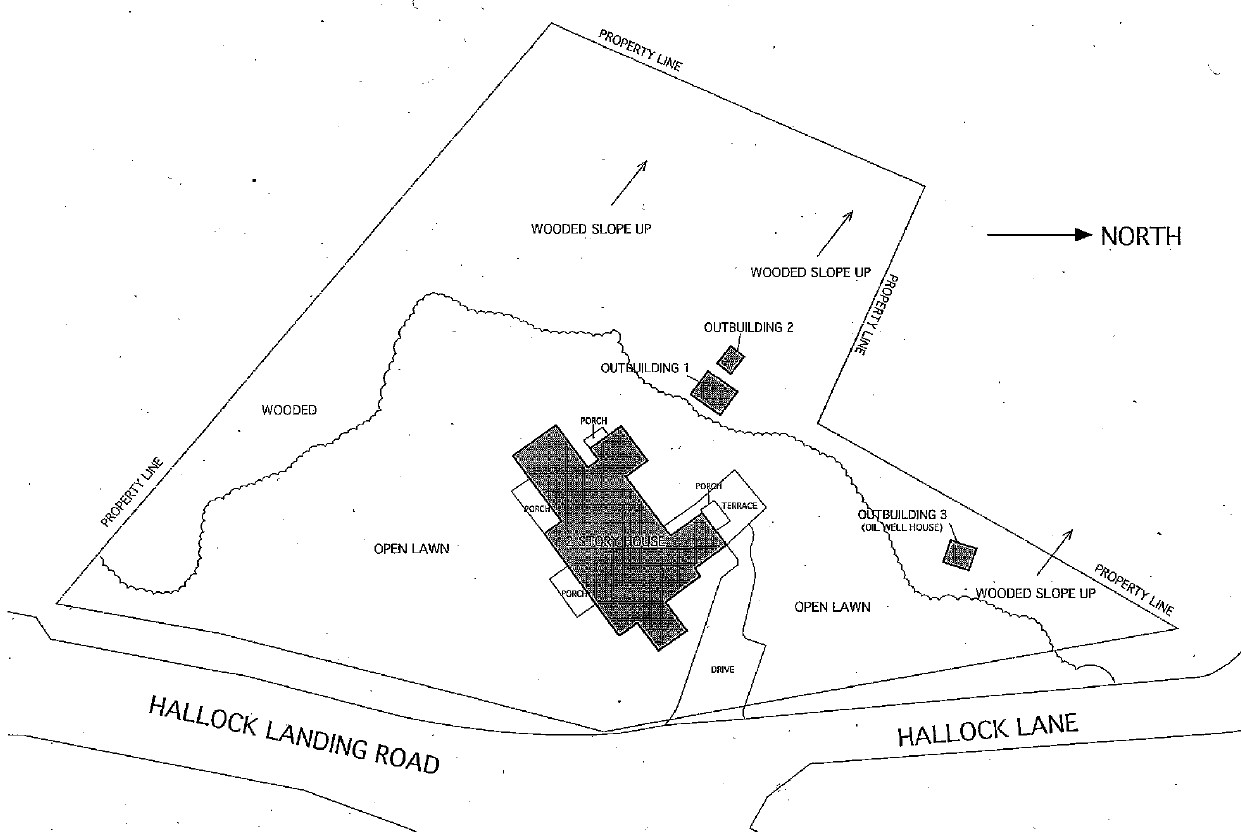 Side elevation with north wing; rear wing on right (Studenroth 2013) 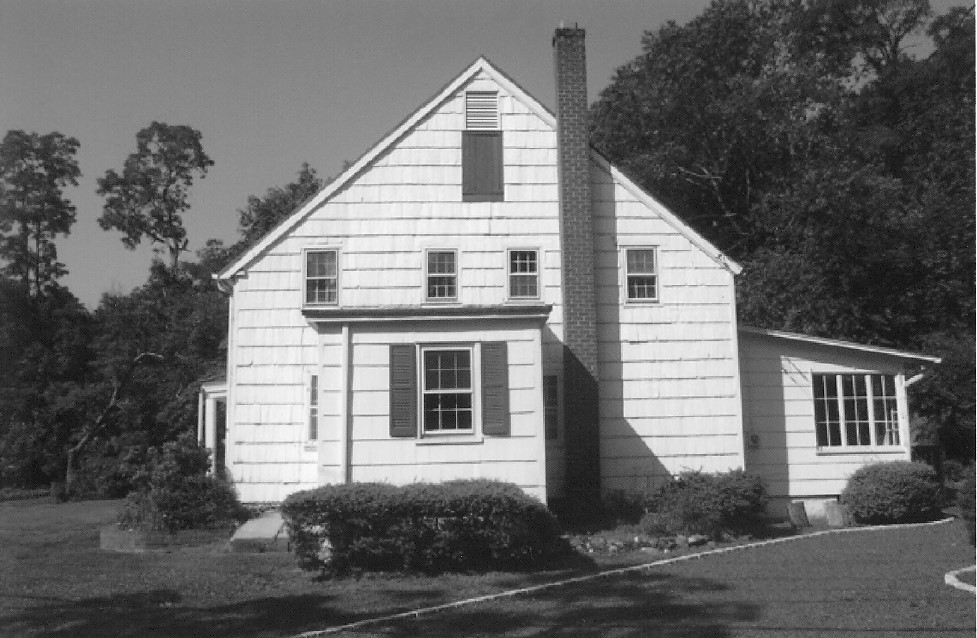 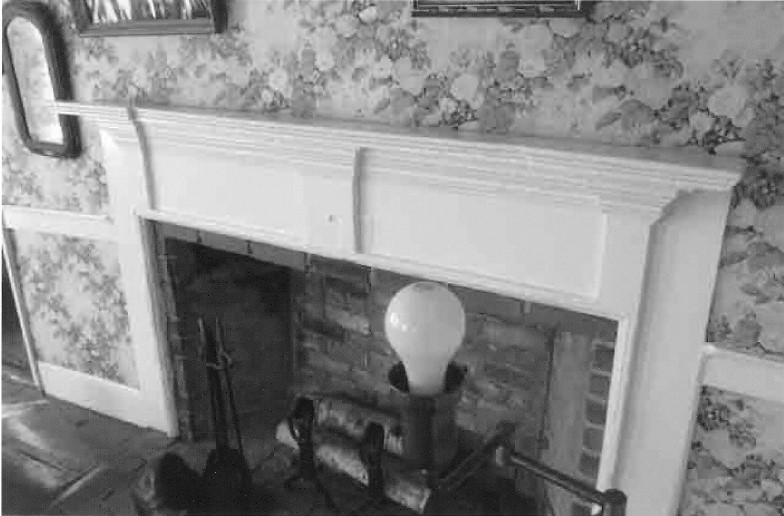 The Hallock family once owned much of the land in Rocky Point. Noah Hallock (1696-1773) married Bethia Youngs in November 1721 and moved into their new house in Rocky Point. Three of their sons and three grandsons served in the American Revolutionary War. The family farmed the land and occupied the farmstead for eight generations, into the twentieth century. The last Hallock owner, Sylvester Heathcote Hallock, sold the farm in 1964.

The center block of the house is the oldest, at five bays wide and one-and-a-half stories with a massive central brick chimney. The interior retains original wide plank floors, batten doors, and wrought iron door hardware. In the mid-nineteenth century the front door of the Cape Cod house was updated in the Greek Revival style and the interior staircase was rebuilt. One-story additions on both ends and the rear of the main block date to the late nineteenth or early twentieth centuries. Pressed metal shingles on the roof of the main block are early twentieth-century innovations. The three wood frame outbuildings are behind the house and date to the late nineteenth or early twentieth centuries; they were deteriorated and in need of renovation when documented for the National Register in 2013.

The museum in the Noah Hallock Homestead interprets local life from the eighteenth to the twentieth century. The fifteen rooms on the tours, led by costumed docents, are filled with original furniture, farm implements, and archival photographs of Rocky Point's unique history including the Farm Room, a one-room schoolhouse, and the Radio History Room. The latter room covers the history of Rocky Point's 1902 Marconi Wireless building and the RCA Radio Transmitting Station, the largest transmitting station in the world from 1921 to 1978. An engraved brick walkway in front of the Noah Hallock Homestead and sale of Christmas ornaments featuring the house are two ways the Rocky Point Historical Society raises funds for upkeep of the house. The society's landscape committee installed the flower and herb garden and welcomes garden volunteers.

April through December by appointment