The narrow gauge train bed ran alongside the Sequalitchew Creek carrying dynamite and Black powder down to the DuPont Wharf to be shipped out and returning with materials and supplies for the plant. Completed in 1909, the wharf was 300 feet long, 200 feet deep, and had 2 storehouses. The old train bed is now one of the most used trails in the city. Remnants of the narrow gauge tracks can be seen at the end of the trail. 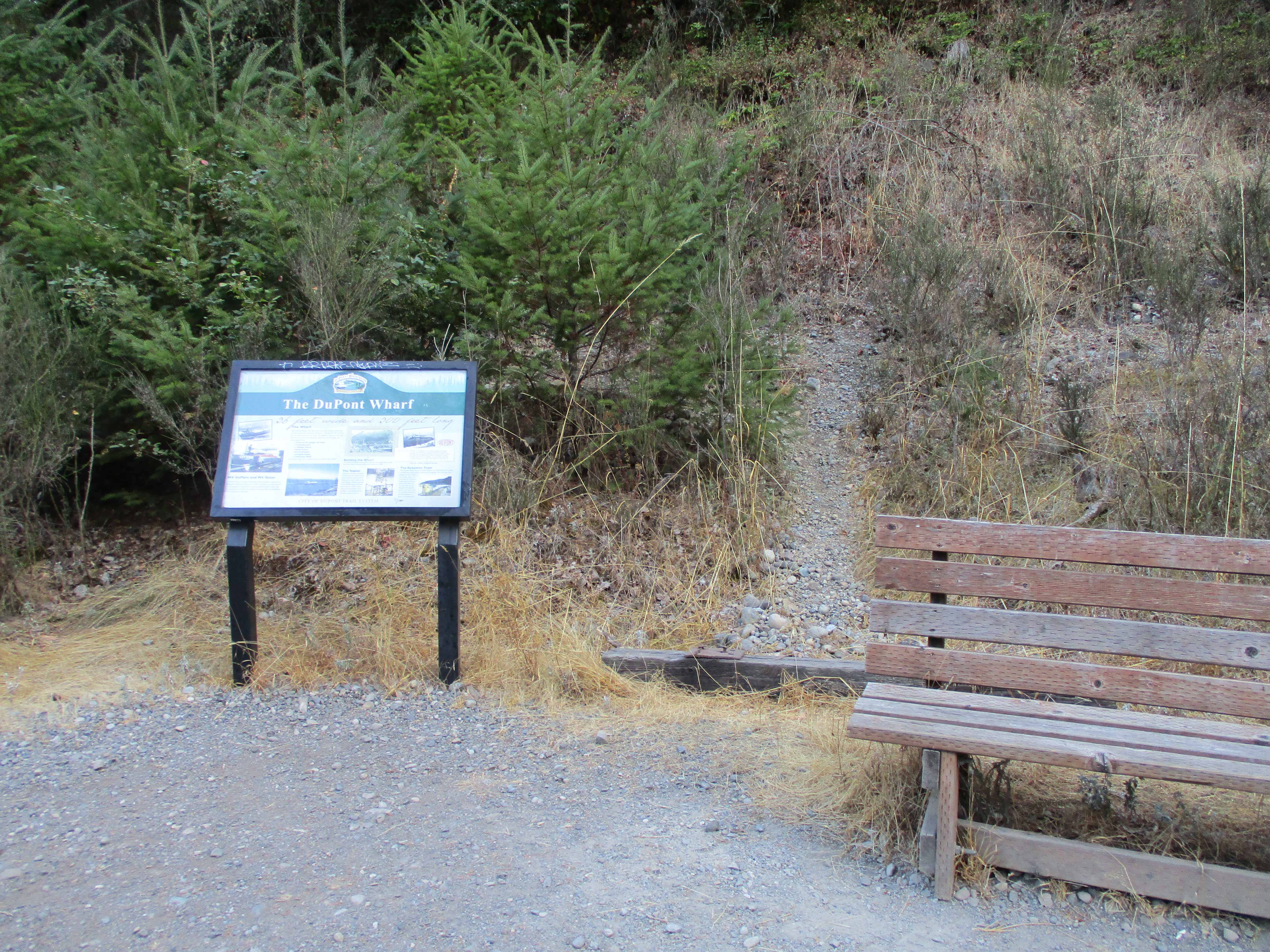 Completed in 1909, the DuPont Wharf was crucial to the success of the plant. Many of the raw materials used to make the dynamite came from Chile. Once the dynamite was complete, ships such as the MV Otter would take dynamite cartridges to Alaska to help with construction projects. Shipments went down to South America where the dynamite was used to build the Panama Canal. A pair of narrow gauge rails ran to and from the wharf to transport the goods safely. There were two storehouses on the wharf to maintain all the shipments. There was also a storage building on top of the cliff that was accessed by the Telpher, a cable tramway of buckets that were used to transfer sodium nitrate up the cliff.

After the closure of the plant, the wharf was torn down with the posts being cut off beneath the water. The wooden posts that are on the beach today were used for tying up log rafts that would be taken by tugboats to the sawmill or to be shipped out.