Finished in 1928, this historic home was built for Mattie M. Elliot, one of the founders of the Carnegie Library in Manhattan. Elliot served the library from 1903 to 1929, a period of growth for the city. Floyd O. Wolfenbarger, a prominent Manhattan architect who went on to become president of the Kansas Chapter of the American Institute of Architects, designed the home while completing his Bachelor's of Architecture degree at Kansas State University. The home utilizes a English Tudor Revival design, a style that grew popular during the late nineteenth century and rivaled the Colonial Revival and other ornate styles by the 1920s. The historic home served as a rectory for St. Paul's Protestant Episcopal Church for several decades in the late 20th century and once again serves as a single-family home. 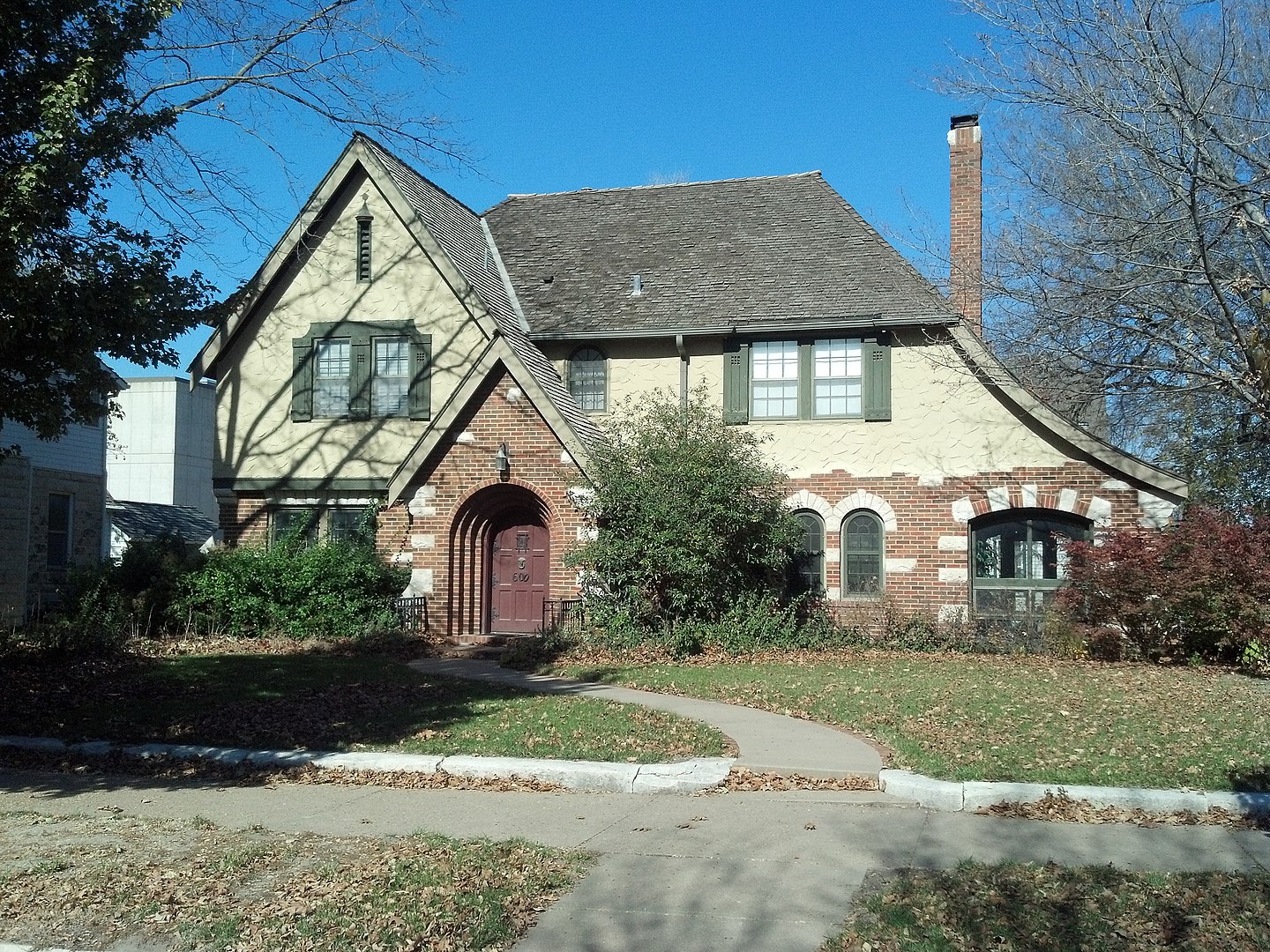 Mattie (Martha) McNair Elliot, born in County Cork, Ireland, emigrated to Kansas as a child and went on to serve as a founding member of the Manhattan Carnegie Library Board in 1903. She served on the library board until 1929, a year after moving into the historic home. The Mattie M. Elliot House (c. 1927-1928) is an archetypal English Tudor Revival home, a popular style rivaled only by the Colonial Revival during the 1920s. The house speaks to the type of home common among economically successful, middle-class residents during the 1920s.

Willard S. Elliot, the founder of Manhattan's W. S. Elliot Clothing Store in Manhattan in 1897, left the estate to his wife, Mattie, after he died in 1918. A native of County Cork, Ireland, she moved to Wabaunsee County, Kansas, as a child. Mattie Elliot became one of the founding members of the Manhattan Carnegie Library Board in 1903 and remained an active member of the nine-member board through 1929. She moved into the house one year before leaving the Library board (construction on the house transpired between 1927 and 1928).

Floyd O. Wolfenbarger, a prominent Manhattan architect, likely designed the house and did so as a young man still completing his Bachelor's of Architecture at Kansas State University (KSU). Shortly after its completion, the Manhattan Chamber of Commerce selected the Elliot house to appear in its promotional literature, which it did through the 1940s. After Wolfenbarger completed the home and his studies at Kansas State University, he moved to Boston, Massachusetts, and practiced as an architect for eight years before returning to Manhattan in 1935. He designed hospitals, jails, recreational facilities, businesses, and homes in Manhattan and the surrounding region. He served as a consultant on ecclesiastical art and architecture for the Catholic church and, in 1949, was elected as president of the Kansas Chapter of the American Institute of Architects.

One year before Wolfenbarger took on the role as president of the illustrious organization, the Elliot home he designed while a student at KSU passed to Mrs. Elliot's great-niece and her husband. The couple subsequently sold the house that year (1948). The property changed hands several times during the 1950s until the St. Paul's Protestant Episcopal Church purchased it for a rectory. The church used it as a rectory until 1988 when they sold the house to a couple; the home returned to its original purpose as a private home.

While the home enjoys direct ties to its original owners and architect, it stands today as an example of middle-class financial success during the 1920s. Styles like Tudor and Colonial Revival, with their brick and ornate features, speak to the ability of families like the Elliots to hire architects and spend money on both a home's function and decoration. Indeed, though not wildly wealthy, W.S. Elliot owned a successful clothing store, and Mattie, like many middle-class women of the Progressive Era, engaged in "community welfare" projects; she was a founding member of the Carnegie Library.