The Manhattan chapter of the American Women's Club formed in 1909 and constructed its clubhouse in 1911. Women's clubs grew popular during the Progressive Era, focused on not only providing women with greater educational, professional and political opportunities, but also serving the community. The American Women's Club, a national organization, was created by E.G. Lewis and his publishing company. Members were required to sell subscriptions to his company and, when they met their quota, would receive a bungalow house in return. The company folded before the Manhattan clubhouse was finished, forcing the local organization to obtain more funds to finish the project. 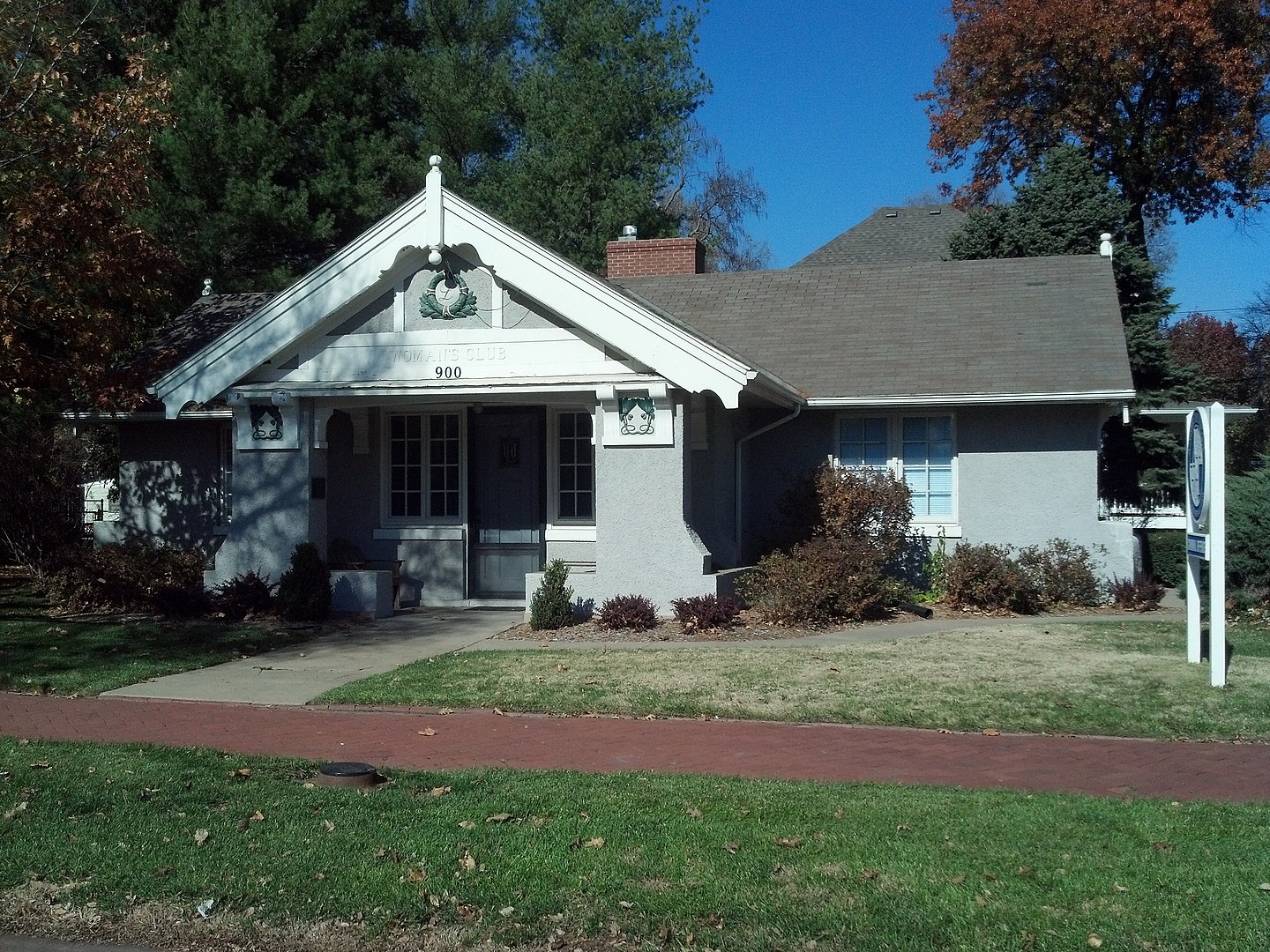 As an Arts and Crafts style bungalow, the Woman's Club House served as the home to the Manhattan chapter of the American Woman's League, organized in 1909. Women's Leagues grew popular during the Progressive Era, part of a broader trend of promoting self, civic, and societal improvement. Indeed, women began to make strides in influencing public policy and, by 1920, as a result of the 19th Amendment, were allowed to vote in U.S. elections. A stipulation of the Manhattan chapter involved a need to obtain property within two years of its organization. Thus, the group purchased a lot in Manhattan in 1910 and began construction on the bungalow in 1911 (partially gifted to them by the E.G. Lewis Publishing Company, whose owner and namesake formed the American Women's League before the publishing company collapsed in 1911).

The Woman's League of Manhattan constitution stated that its purpose was to associate the women of Manhattan in intellectual, cultural, and civic activities and help improve the community around them, including promoting education. As part of the Woman's League, Lewis founded the People's University and the Art Institute in University City, both aimed at women. Additionally, he established a correspondence school that included several classes directed toward women; 50,000 women enrolled by 1910. Part of Lewis' motivation for creating educational programs for women involved his belief that providing women the right to vote without first educating them would prove dangerous.

Though civic welfare and education served as its official purpose, one can't discount the influence of Lewis Publishing Company. Their donation included a requirement that local chapters secure 50 to 75 members and each member needed to solicit subscriptions worth at least $52.00 for some of the numerous publications listed by the Lewis Publishing Company. The publishers received 50% of the subscription sales as a commission from the magazine publishers. If local chapters successfully sold the required subscriptions, the publishing company provided the chapter with a clubhouse. (E.G. Lewis and his company built chapter houses in sixteen states 16 states.) As noted in the nomination to the National Register of Historic Places, "Local chapters would then be given a clubhouse provided that it could supply a lot upon which to build it. The building site was to be deeded to the League to be held in trust for the local chapter. Thereafter the chapter was to receive an annual percentage of its subscription sales to be used for their expenses."

During construction of the Manhattan Woman's Clubhouse in 1911, government prosecution forced the Lewis Publishing Company to suspend its business activities. The government charged the company with illegally flooding people's mail with periodicals. (E.G. Lewis was not convicted on any of the indictments., but the legal battles broke his health and forced his company into bankruptcy by 1911.) At the time of the company's suspension, they owed was $1,000 on the Manhattan bungalow contract. As a result, chapter trustees arranged a mortgage for this amount and increased its membership; the increased dues helped pay for finishing the clubhouse and furnishing it. Since the American Woman's League collapsed along with the Lewis Publishing Company, the Manhattan group changed its name in 1913 to the Woman's Welfare Association and then in 1920 to the Woman's Club.