The Pickens-Salley House is a historic home thought to built in c.1829 by Governor Andrew Pickens (1779-1838) for his son Francis W. Pickens (1807-1869), who also served as governor. The house, which was originally located in Edgefield County, is also significant for its association with suffragist and real estate developer Eulalie Chafee Salley (1883-1975), who moved it to Aiken in 1929. Salley was one of the first women in the state involved in historic preservation and she led the effort to convince the state to ratify the 19th amendment, which granted women the right to vote. The house was relocated here in 1989 and is now known as the Alumni House for the University of South Carolina Aiken.

The Pickens-Salley House is a historic home built around 1829. It is named after two of its owners, Francis W. Pickens, who served as governor, and Eulalie Chafee Salley, who was a nationally known suffragist. 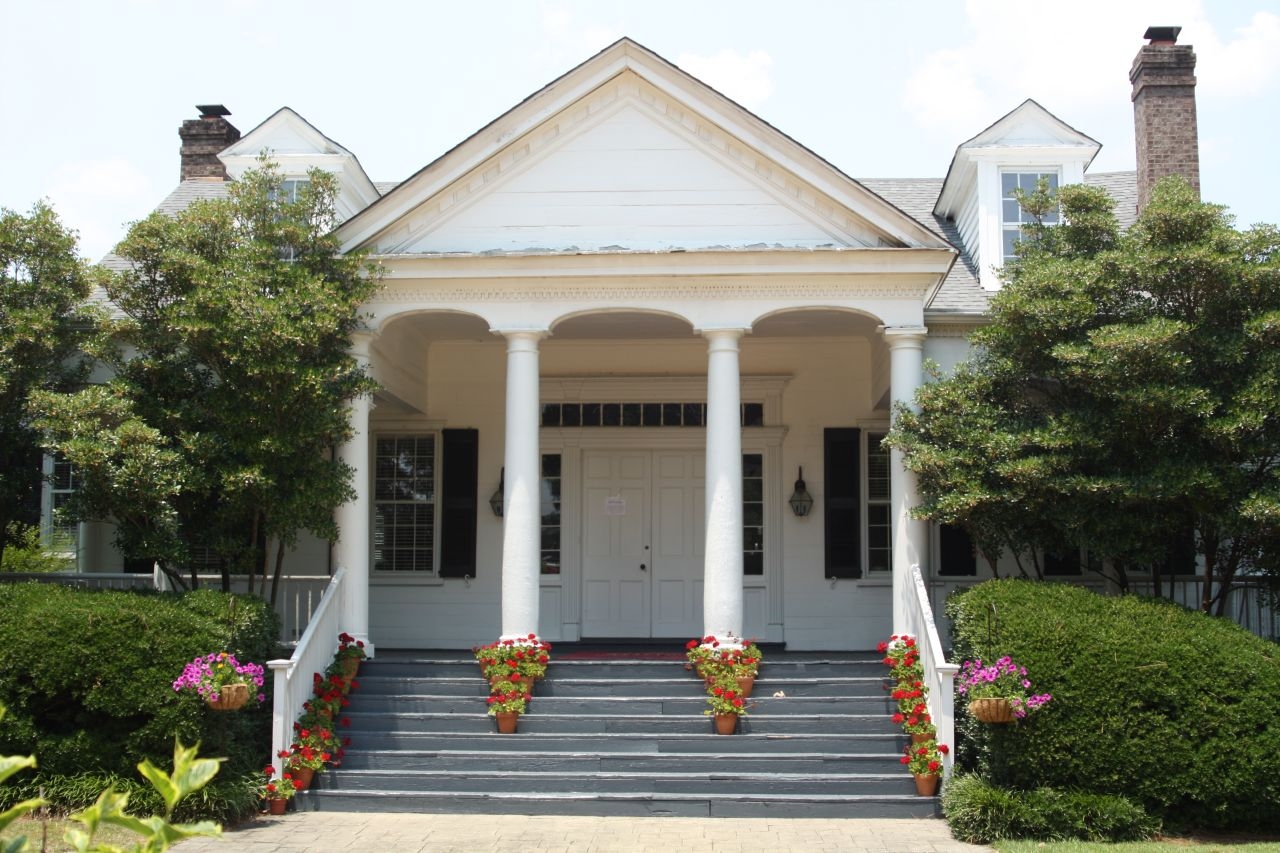 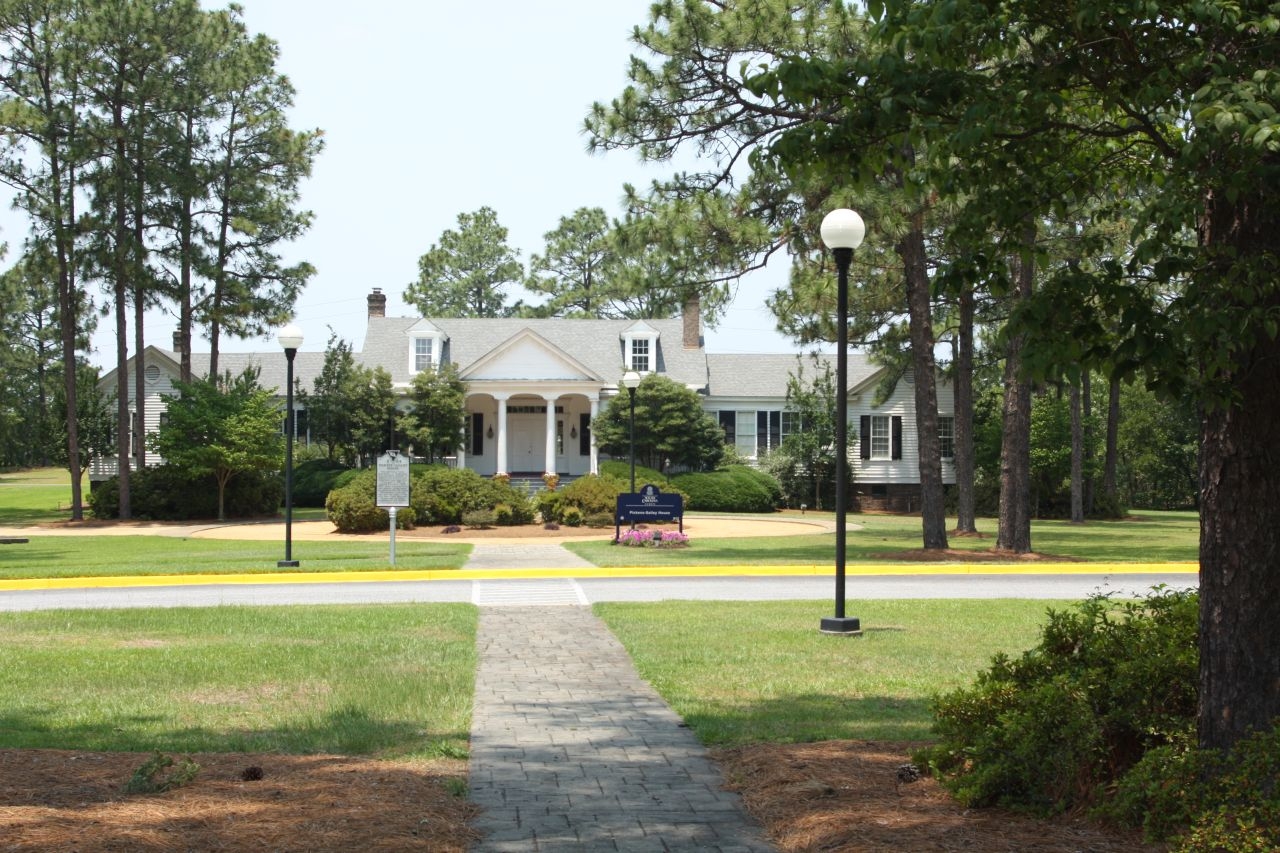 Originally called Edgewood by Francis W. Pickens, the home is a good example of an early 1800s plantation house. Pickens trained as a lawyer but followed in his father's footsteps into politics. He served in the state legislature, Congress, as U.S. Minister to Russia, and as governor from 1860 to 1862. His wife, Lucy Holcombe Pickens, was a novelist and staunch supporter of the Confederacy. They lost much of what they owned but retained the plantation. After Pickens died, Lucy ran the plantation and lived there until she died in 1899.

Eulalie Chafee Salley was born on December 11, 1883 in Augusta, Georgia, to a wealthy family. Her father operated a porcelain clay business and her mother was a talented pianist. Salley was often ill during her childhood and spent a lot of time living on her maternal grandparent's plantation in Louisville, Georgia. Her family moved to Aiken when she was nine. She was educated by private tutors and governesses before attending a year at Mary Baldwin College in Virginia and then at Converse College in Spartanburg, South Carolina. She married the Aiken major Julian Booth Salley in 1906 and they would go on to have two children.

Salley became a suffragist after learning of a situation involving a woman named Lucy Dugas Tillman, whose husband deeded their children to his mother when Lucy was sick. Tillman attempted to regain custody and the case attracted attention from around the country (she lost the case). After joining the South Carolina Equal Suffrage League (SCESL), Salley and five other women founded the Aiken County Equal Suffrage League in 1912. Salley was an enthusiastic campaigner in the county, known for traveling around on unpaved roads to knock on doors and even riding in an airplane to drop suffrage leaflets over Aiken. She became president of the SCESL in 1919 and was a delegate at several women's rights national conventions and the Democratic National Convention in 1924. In 1969, she was invited to attend the ceremony when the governor signed the 19th amendment into state law (even though South Carolina didn't ratify it until then, the amendment became federal law in 1920 after 36 states approved it).

Salley supported her women's rights work by working as a real estate developer in 1915. She was the first woman realtor in the state and mainly sold property to wealthy clients. She was a founder of the Aiken Board of Realtors and vice president of the South Carolina Association of Real Estate Boards. Salley was also interested in historic preservation. By the time she bought the Pickens' house, it was in a state of serious disrepair. She hired movers to dismantle it and move it to Aiken. When it was rebuilt, she added modern amenities and made other modifications to it.

Salley lived in the house until she died in 1975. The University of South Carolina Aiken acquired it in 1987 and moved to its present location two years later. It has been used for university offices ever since.