Created by the intersections of Van Cortland East, 238th Street, and Oneida Avenue, and once the site of a minor revolutionary war battle, the Rita Ley Triangle now serves as a memorial for the residents of Woodlawn Heights who were enlisted in the US Army or Navy during World War I. 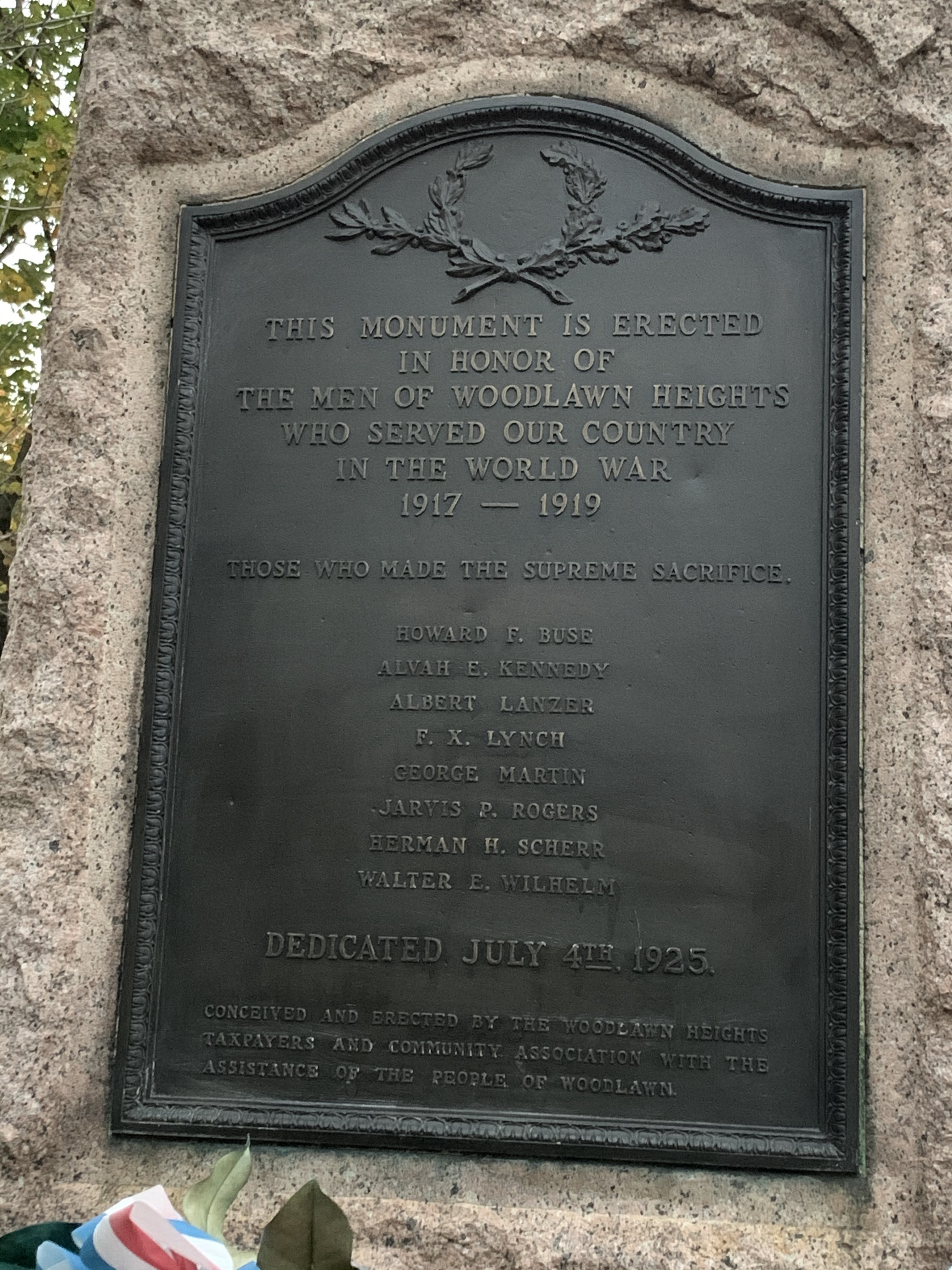 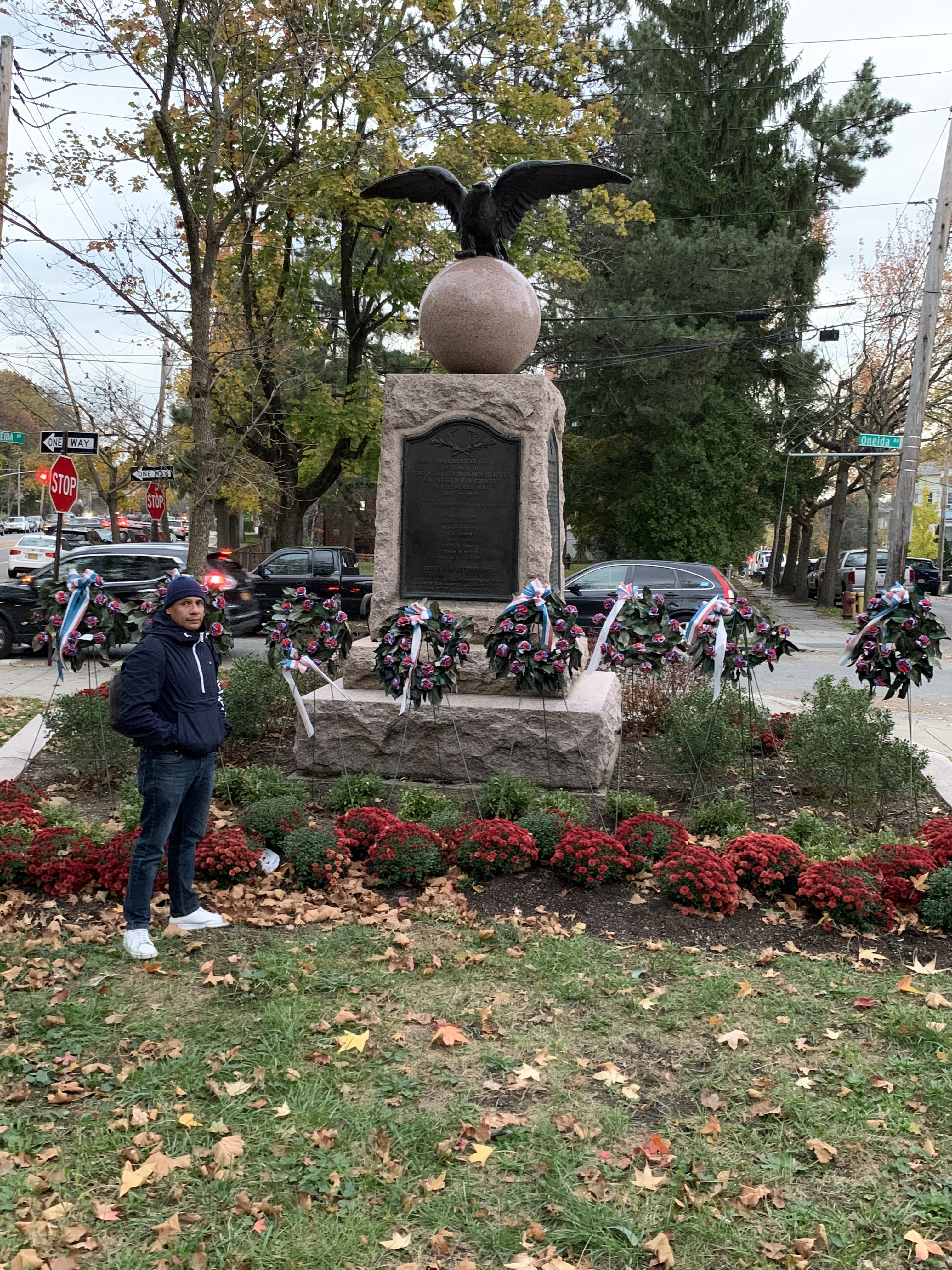 Plaque on left side 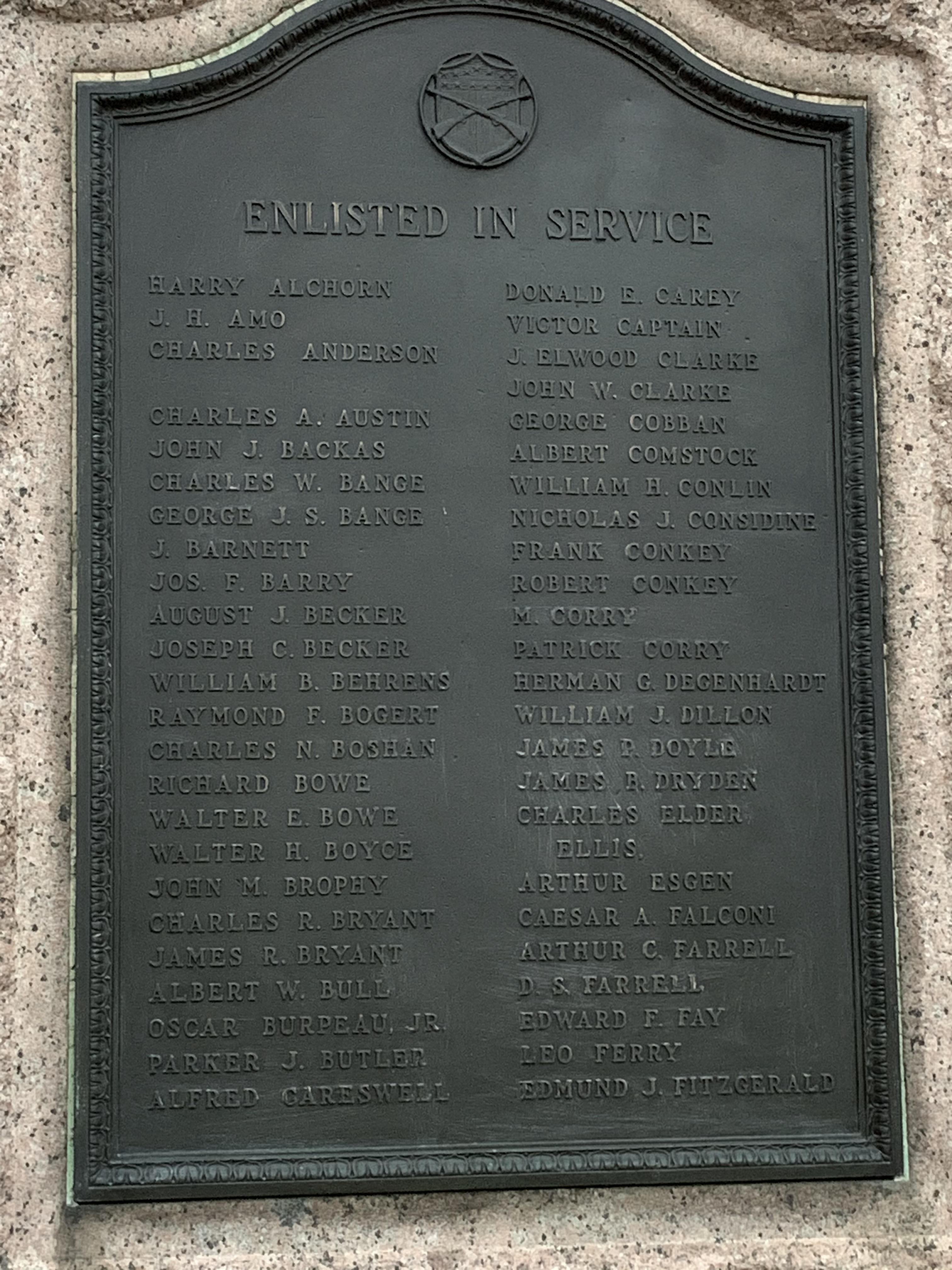 Plaque on back side 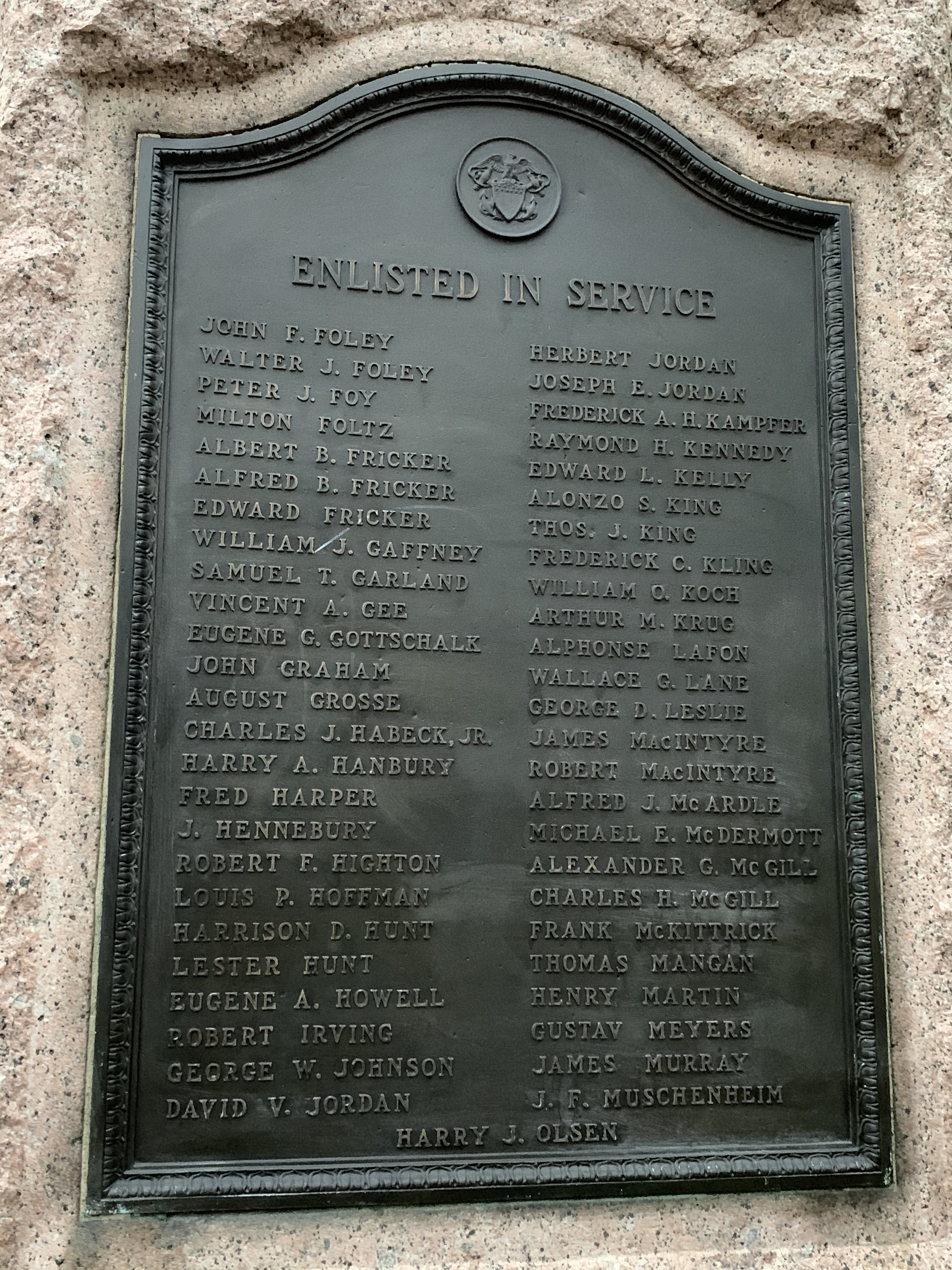 Plaque on right side 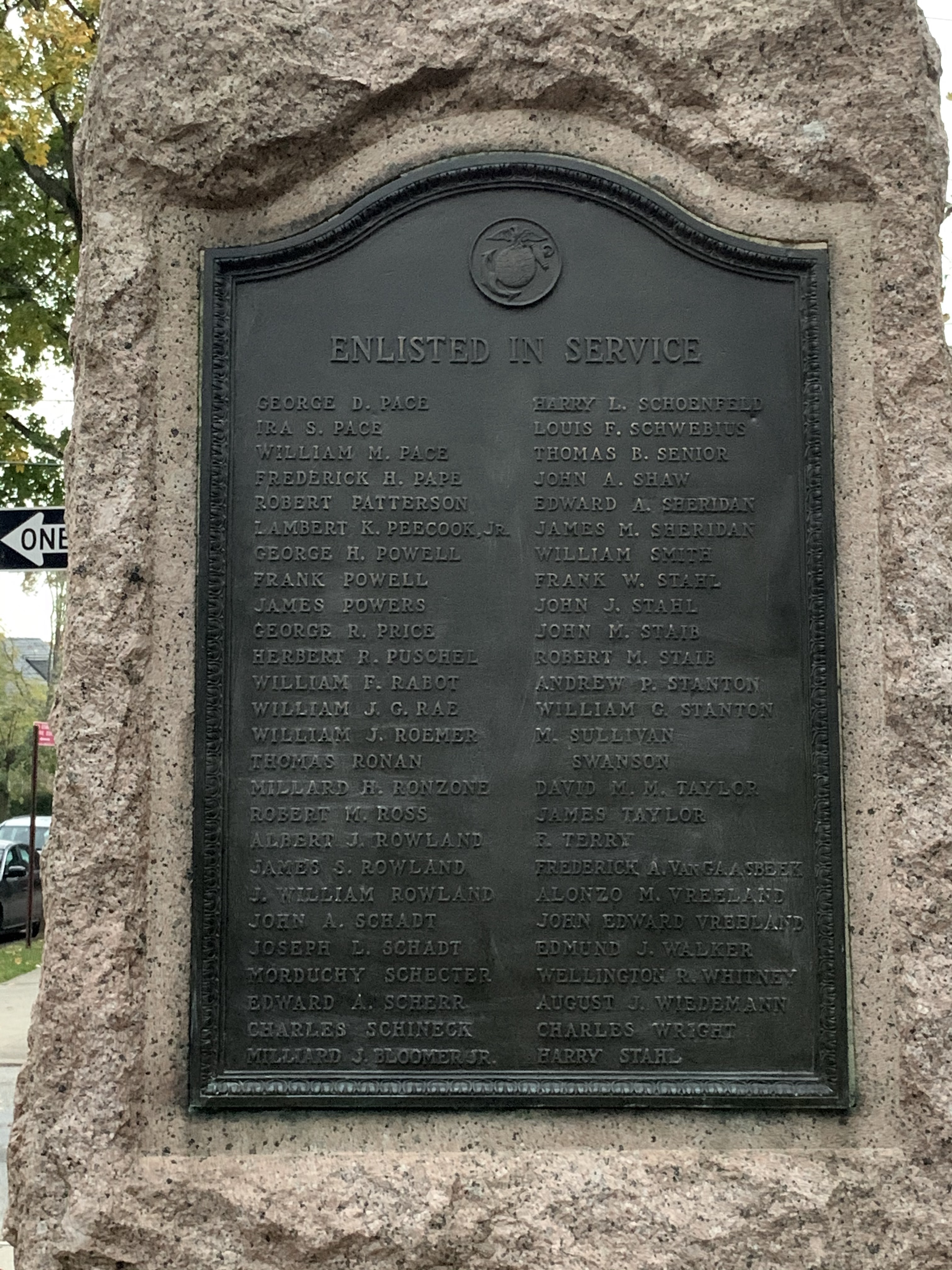 Once the site of a small Revolutionary War battle, the land that would become the Oneida triangle was acquired in 1924 by the City of New York and given it to the New York City Parks Department with plans to serve as the future site of a memorial for the Woodlawn Heights residents that served in the United States Army or Navy during the Great War. On the 4th of July the following year, the Woodlawn Heights Taxpayers and Community Association erected and dedicated the finished monument. The monument consists of a 6 square foot concrete base, a concrete middle section adorned with 4 bronze plaques inscribed with the names of the enlisted residents, and topped with a bronze bald eagle perched atop a polished concrete ball. The main plaque on the front of the monument also contains a special section for the 8 residents who made the supreme sacrifice and gave their lives during the war; however, not all the men died fighting overseas. At least one of the soldiers, Private Howard Buse, was killed when he was struck by a train while guarding the Delaware bridge. It is approximately 13 feet tall in total.

Originally, there was also a field gun facing the monument at the southern tip of the triangle, but due to weapon shortages during the Second World War, the gun was requisitioned, melted down and repurposed. In July 2000, New York City’s Greenstreets program added grass, shrubs, and a few trees to the triangle. Today, ribboned wreaths also adorn the perimeter of the monument.