The Clinton War Memorial honors the young men of Hell's Kitchen who died in World War I. It is located in the De Witt Clinton Park of Hell's Kitchen, Manhattan. Dedicated on June 8, 1930, the memorial consists of a statue of an infantryman ("doughboy") holding peonies and a rifle, as well as an engraved foundation. The foundation features the 1915 poem, "In Flanders Fields," as well as a dedication on the rear of the memorial.

The full doughboy statue, view from the entrance at 52nd and 11th. 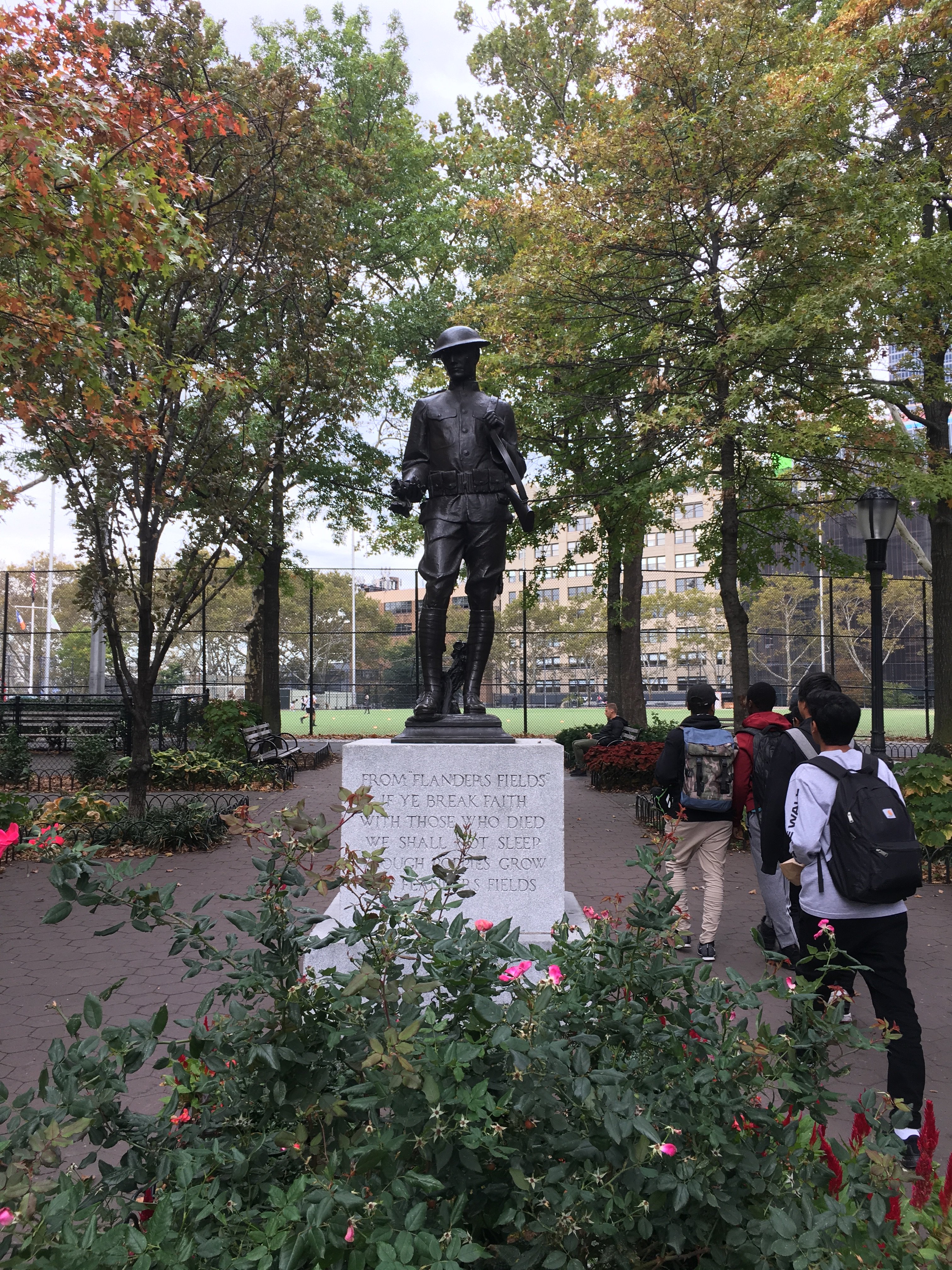 A closer photo of the statue. 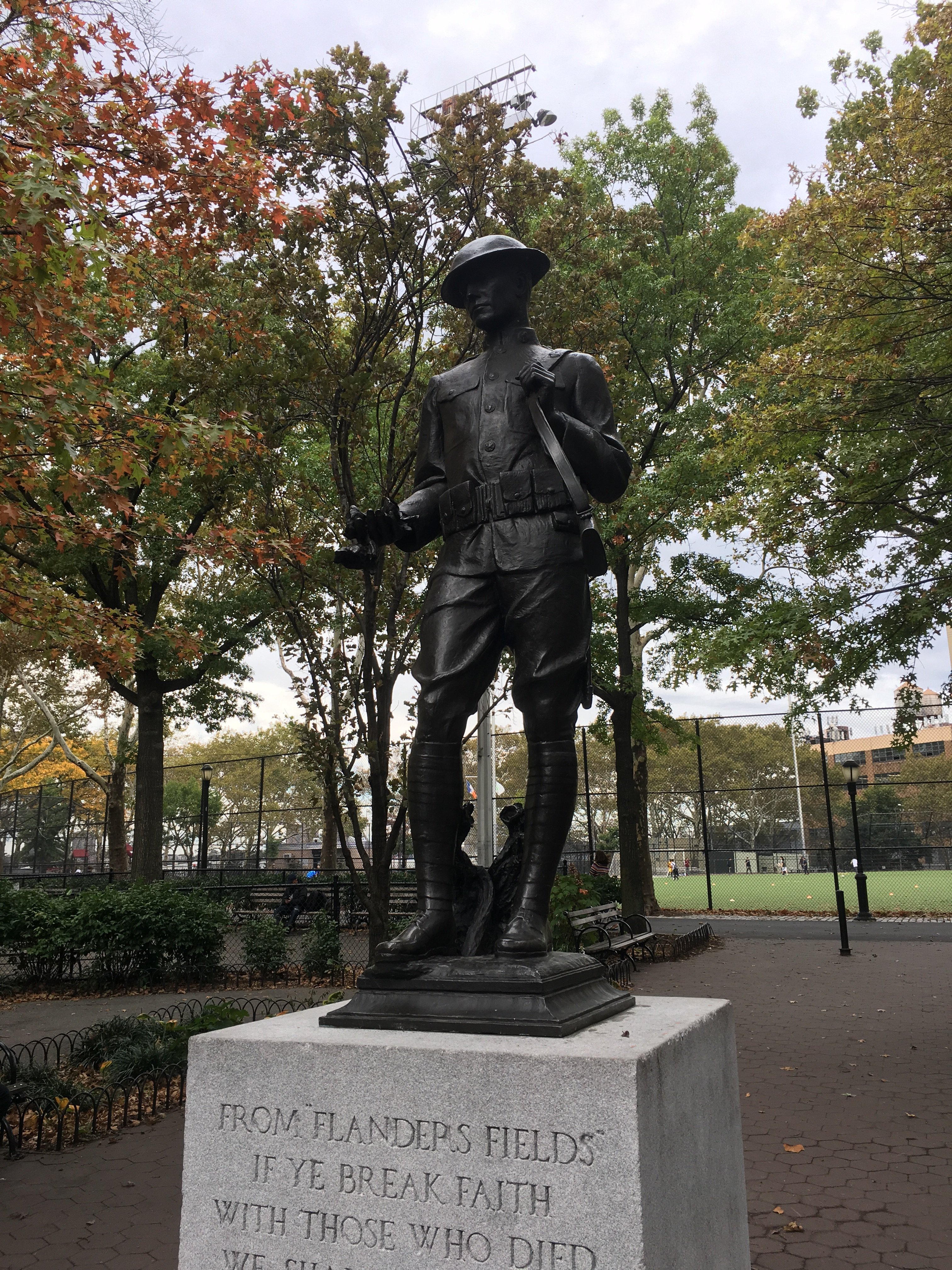 The inscription at the base of the front of the statue. An excerpt of the poem, "In Flanders Fields." 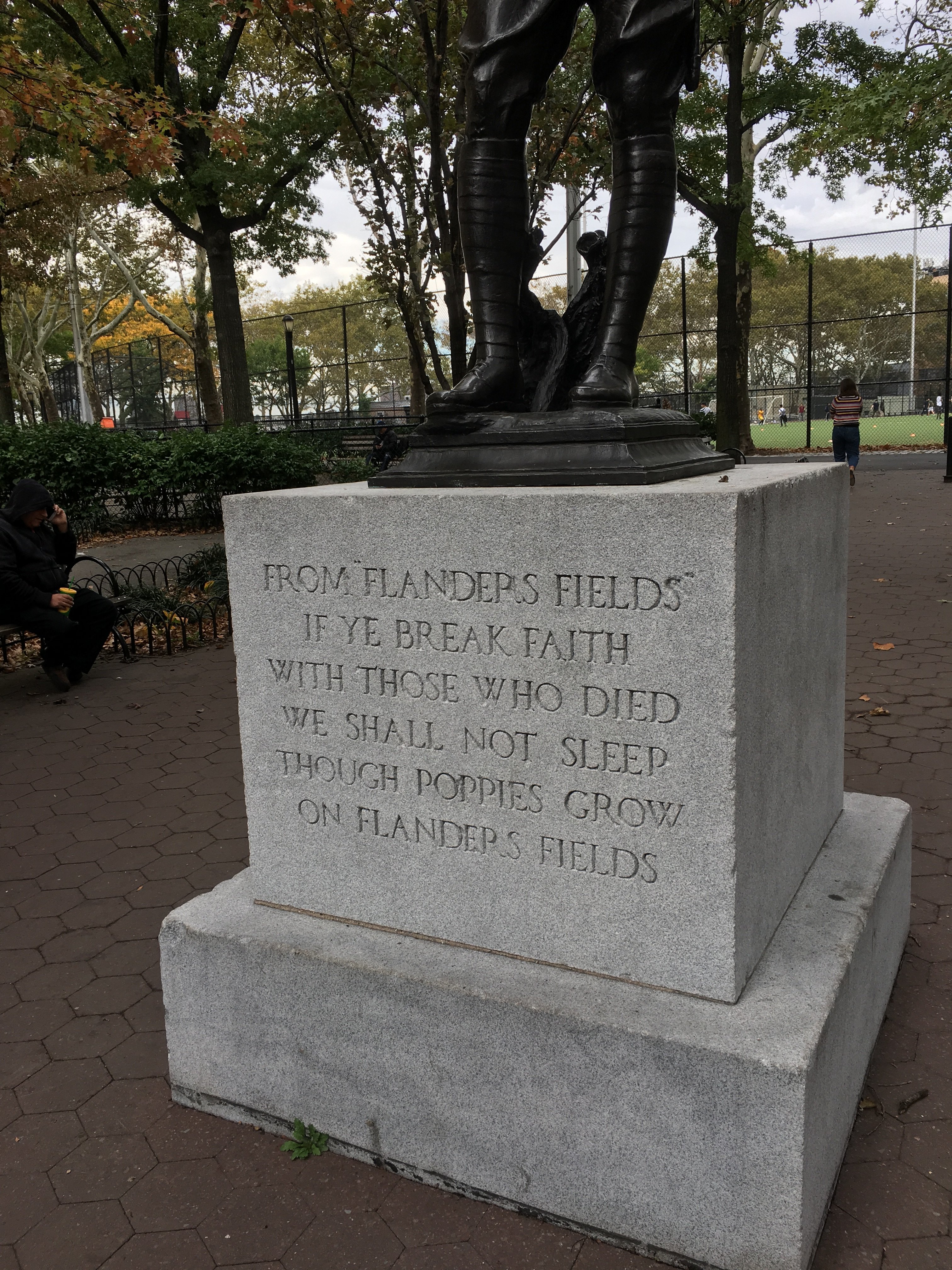 The engraved dedication on the back side of the foundation. 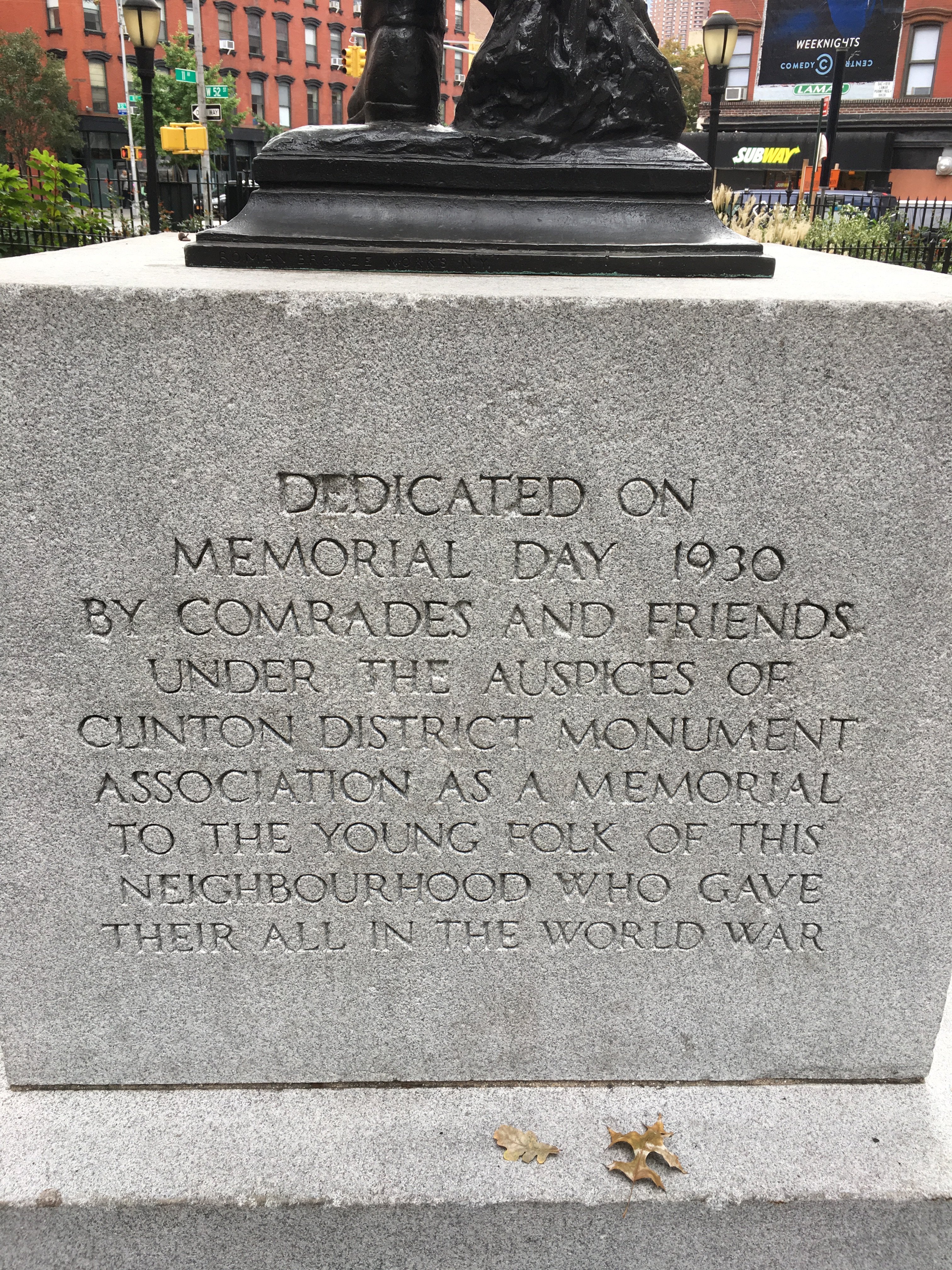 This monument is located at the southeast entrance of the De Witt Clinton Park, in Hell’s Kitchen, Manhattan (W 52nd and 11th Ave). It was constructed by sculptor Burt W. Johnson and architect Harvey Wiley Corbett, and was dedicated on June 8, 1930 by “comrades and friends.” It honors the young men of the neighborhood who died in World War I. The dedication inscription on the backside of the foundation reads:

The statue itself is of a WWI infantryman, otherwise known as a “doughboy.” The term was popularized in the United States during the course of WWI (1914-18) in reference to infantrymen. The origins of the term are unknown, but one theory is that it originated from the buttons on the uniforms of the infantrymen, which looked like little flour dumplings called, "doughboys."1 Another possibility is that the term is in reference to the ways that the soldiers cooked their rations, which usually consisted of doughy flour and rice.1 This statue is one of nine “doughboy” memorials erected in New York City’s parks.

The engraving on the front of the statue’s foundation is an excerpt of the 1915 poem titled, “In Flanders Fields.” It reads:

The poem was written during the war by Canadian physician and lieutenant John McCrae, who lost his friend in the Second Battle of Ypres.2 This battle was fought from April 22 to May 25, 1915, in the Flanders region of Ypres, Belgium, on the Western Front. This battle began as a German offensive to gain control of the strategic town, and marked Germany’s first mass use of poison gas.3 McCrae's poem illustrates the devastating circumstances and death toll of the battle. Interestingly enough, the excerpt of the poem is not an exact copy-- the third line should read, "if ye break faith with us who die," rather than "if ye break faith with those who died." Johnson changed "us" to "those" and "die" to "died." Both of these changes alter the tone of the poem from active to passive-- from addressing a reader that is a participant in the war, to a reader that is removed from it. Perhaps Johnson altered the wording in order for the excerpt to better suit the purpose of the memorial; to honor those who died in the war. Johnson also included a floral tribute in the palm of his doughboy statue, drawing on the poppy imagery of the Flanders Fields poem.