Plaque of Henri Philippe Pétain at Canyon of Heroes in NYC was established in 2004 in downtown Manhattan to commemorate Philippe Pétain’s ticker-tape parade in 1931, which he earned by commanding the French army defending the country from the Central Powers in WWI. The plaque itself was located at the intersection between Broadway and Morris Street. 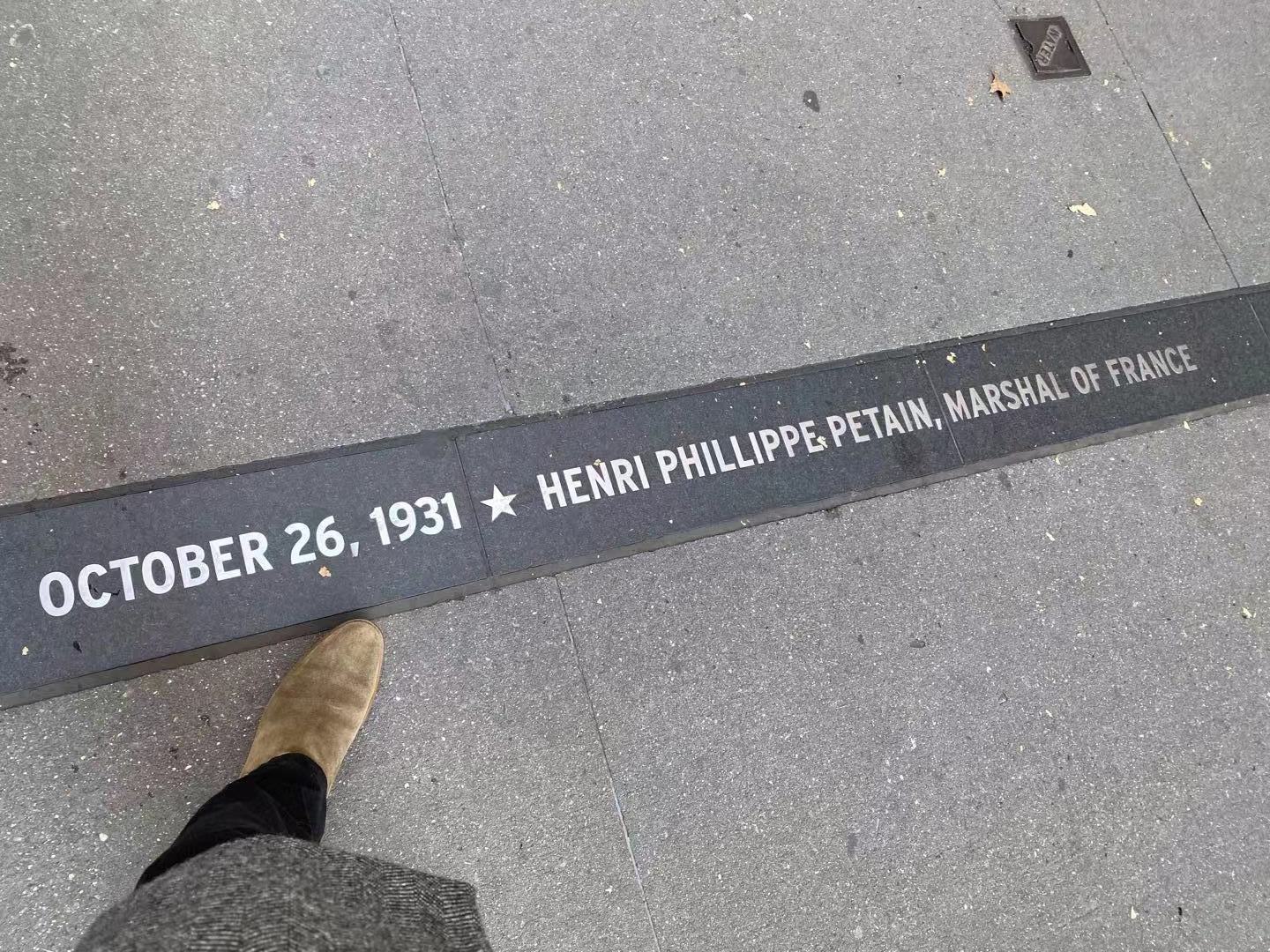 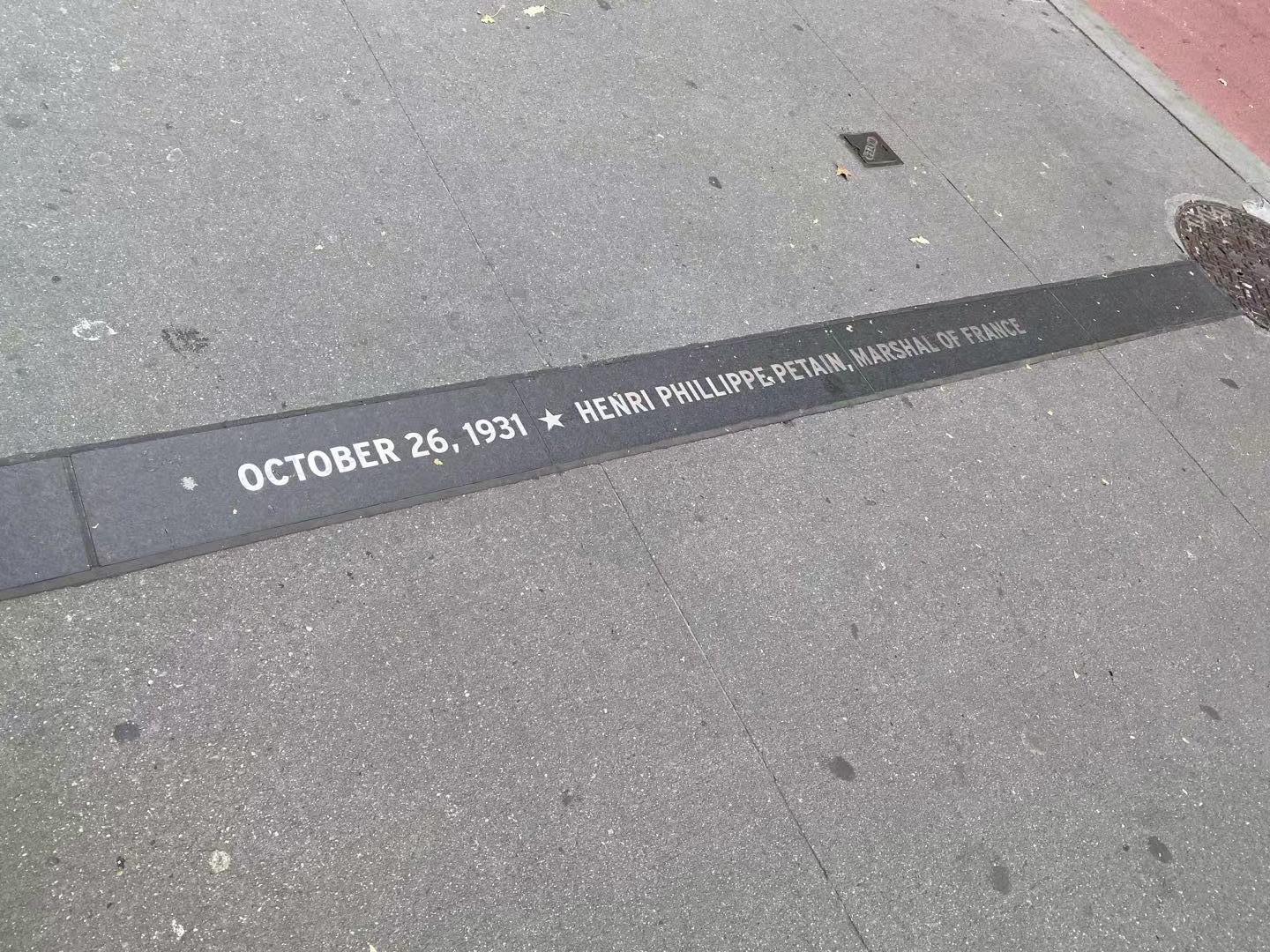 Henri Philippe Pétain is a historical, legendary figure for his superb command of French forces against the Central Powers during World War I. Pétain was born on April 24th, 1856 in northern France. In 1878, he joined the 24th Infantry Battalion as a second lieutenant, he was a colonel when the Great War started. He had openly criticized the established tactics of the so called"all-out offensives" in his military classes before the war. This later became significant when Pétain was put in command with holding Verdun against the German offensives in February, 1916. His commanding strategy of abandoning pointless frontal assaults in favor of in-depth defense led the French army successfully slowed down the propelling German army which earned him the title "the Lion of Verdun".

The Plaque of Philippe Pétain was made to honor his famous victory in World War I as well as allow the future generations to memorize his contributions. It was a plaque that marked with the words of "OCTOBER 26, 1931, * HENRI PHILIPPE PETAIN. MARSHAL OF FRANCE."

This plaque was controversial as to whether it was appropriate to place it in the Canyon of Heroes in New York. He was convicted of treason and was criticized for being an accomplice with the Nazi Regime. The reason is that followed the Armistice of 1940, Pétain’s government — the Régime de Vichy — served as a puppet state of Nazi Germany and passed anti-Semitic legislation and deported Jews. After the war ended, Pétain was tried for treason and originally sentenced to death but this was reduced to a life-time imprisonment due to his contribution in WWI. Died in 1951, Pétain is an interesting historical figure as he was both a national hero and a traitor. While most of Petain's memorials in France was removed, the plaque in New York still remains.