The Pleasant Plains Plaza Monument is a statue that honors the fifth ward residents who fought in World War 1, as well as the thirteen men who lost their lives. The first statue was dedicated in 1923. It consists of a woman holding up a palm frond and a sword, and standing on top of a globe. At her feet is a bald eagle with it's wings outstretched. 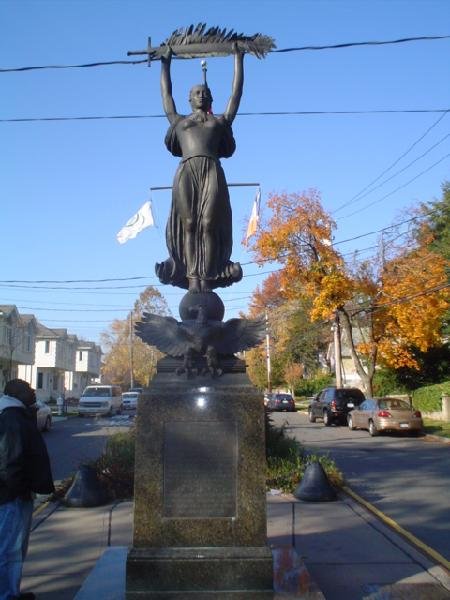 The first statue before it was replaced 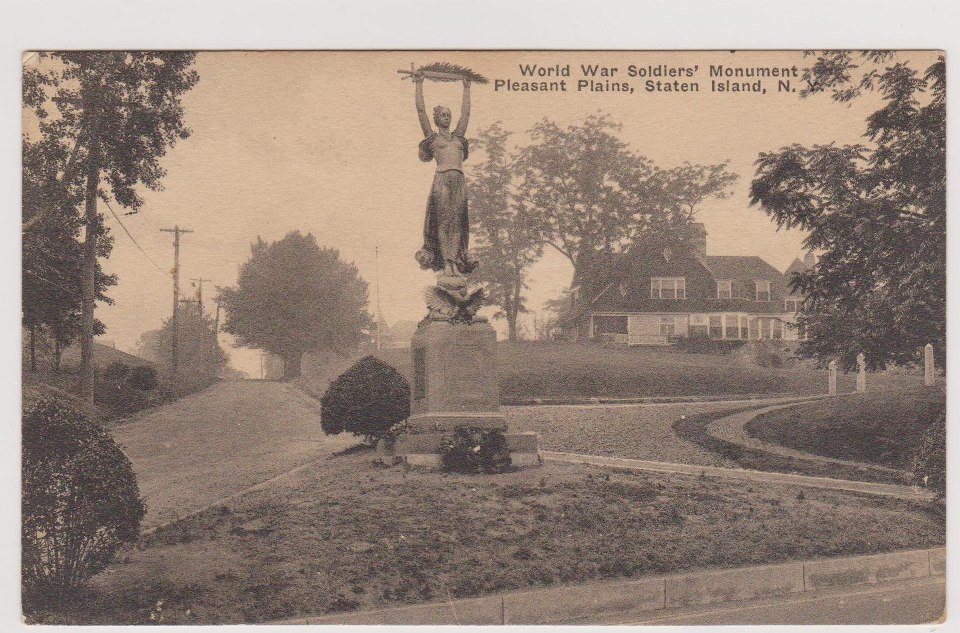 The sculpture is affectionately referred to as the Winged Victory, after the sculpture that inspired it, the Winged Victory of Samothrace. Traditionally, the palm branch is a symbol of victory and triumph. The sword typically refers to protection, righteousness, and justice. The bald eagle in American art is a very familiar image, especially when it refers to American patriotism. But it can also be a symbol of power, might, and exquisiteness. Both of these definitions are apparent in the sculpture. She is standing on top of a globe, which must represent the totality of the Great War itself. The original sculpture was designed to stand in the middle of a traffic triangle, but now it stands directly in the center of Pleasant Plains Avenue. The figure is made of bronze, and the pedestal base is made of Black granite. The inscription honors the sacrifice of the men who died.

The statue was originally dedicated in 1923, and was made after local residents raised money for the sculpture in honor of the soldiers from the Fifth Ward of Staten Island, and specifically honoring the thirteen who lost their lives in combat in the first World War. It was put placed on a traffic triangle, but that proved to be a precarious spot. Between the years of 1968 and 1970, the sculpture was damaged by two car accidents, and it was removed to storage, and it allegedly mysteriously disappeared there.1 The sculpture as it stands today was a recreation from historic photographs, fabricated by the Modern Art Foundry of Queens, funded by the city of New York, and rededicated in 1997.2

The image is a powerful reminder of the men who gave their lives for the war effort, and is a striking image to behold. It is a picture of resilience and hope in the face of terror and confusion, with the face of the woman looking off to a better future. The neighborhood of Pleasant Plains uses that street for many town traditions such as decorating their large pine tree for Christmas, and Halloween festivities, and this piece stands as a proud part of both Pleasant Plains, and Staten Island, and for New York as a whole, for the sacrifice of the young men of the Fifth Ward.