Known as Felix’s Grave, more legend is attached to this cemetery than truth. The Liligers’ were farmers who owned the land near the old waterworks which is now the Sunbridge Conservation Area. James and his son Joseph both drowned in the waterworks in 1909 and are buried in the cemetery. 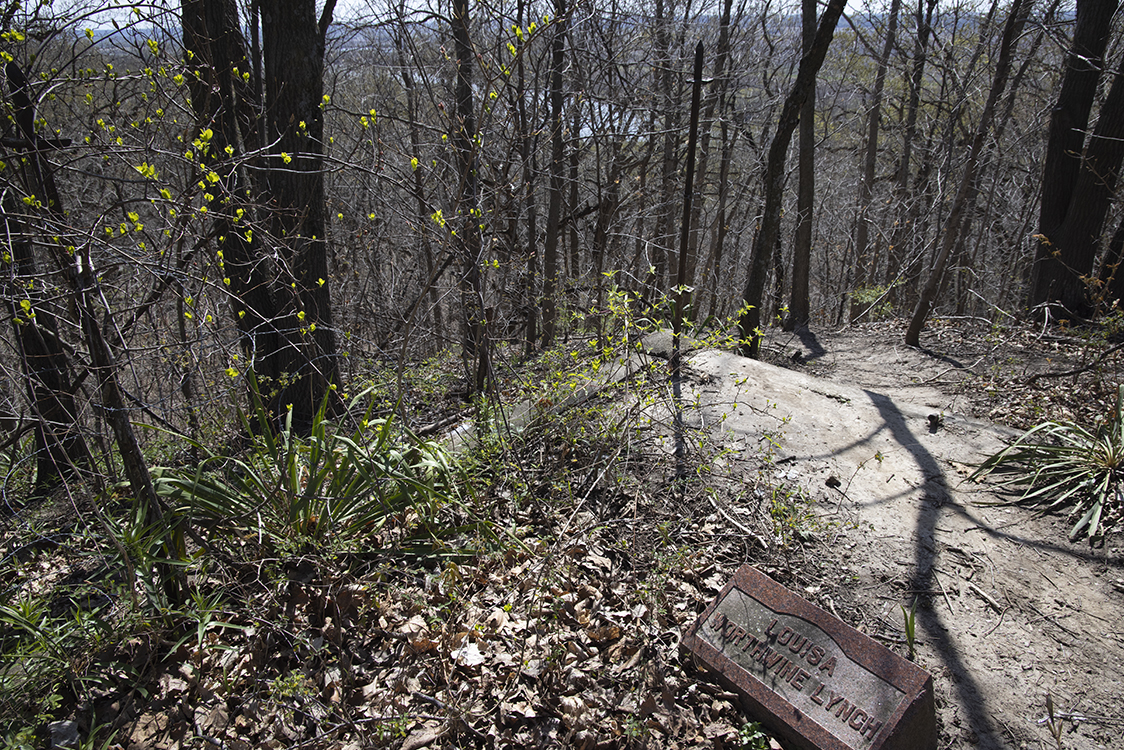 Nestled in the Sunbridge Conservation Area off of Huntoon Road lies a small family cemetery commonly known as Felix’s Grave. It is not unusual, there are many family cemeteries scattered throughout Buchanan County, but this particular one has become the stuff of legend. From ax-murdering maniacs, witchcraft, devil worshiping cults, to hauntings; every urban legend that could be told, there is a version attached to this tiny cemetery. Unsurprisingly, absolutely none of it is true, though some of the Liligers did meet a tragic fate.

The land where Sunbridge Conservation is now was once known as “Billy Goat Hill” and was the Liliger family farm. Joseph Liliger immigrated here in the mid 1840’s from Germany. Before acquiring his farm, Mr. Liliger earned a bit of a fortune conducting a blacksmith shop on the corner of Main and Michel Streets. The first stroke of bad luck befell Joseph Liliger himself in 1904 when some masked acquaintances, hearing he may have a small fortune hidden away, beat him quite mercilessly. Ultimately, the robbers stole about $8 and left poor Joseph in rough shape.

Five years later, in June of 1909, tragedy struck. Six year old Joseph Edward Liliger, grandson of the elder Joseph Liliger, fell into the south reservoir of the waterworks. His father James, who worked at the waterworks, jumped in despite not knowing how to swim, in an attempt to save the little boy. Another employee, John Lewis, also jumped into the reservoir in an attempt to save the boy and his father. Sadly, all three drowned. James and his boy are both buried in the Liliger family plot.

No stone in the small graveyard bears the name Felix, thus the origin story of the Liliger plot becoming known as “Felix’s Grave” is a matter of speculation and local legend. It is said that there was a headstone with that name, but it was stolen sometime in the 1980’s.