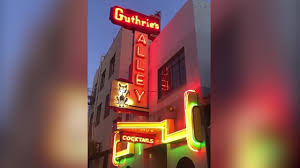 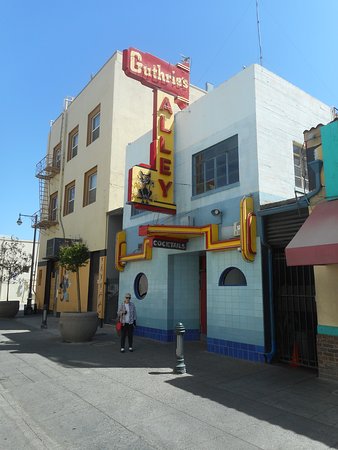 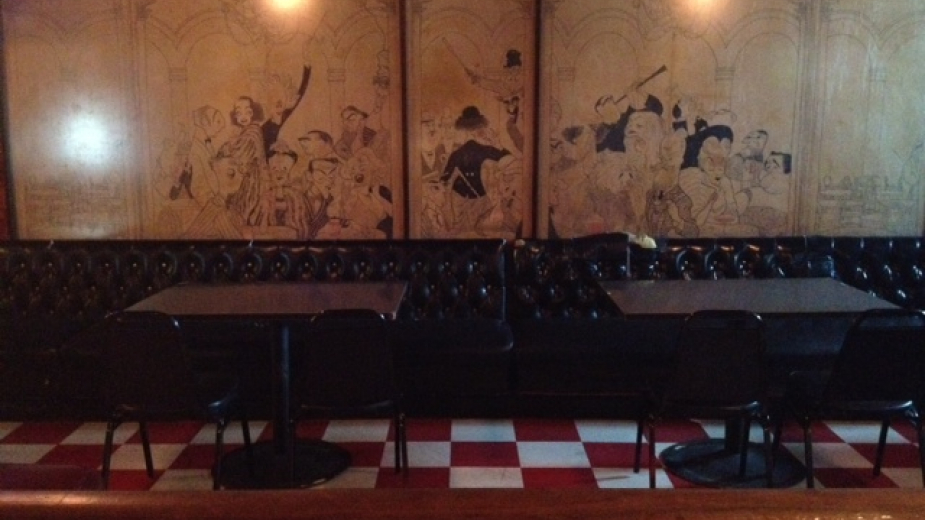 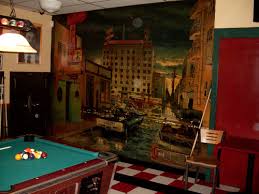 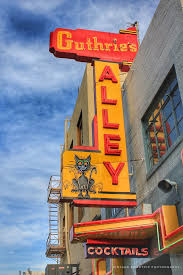 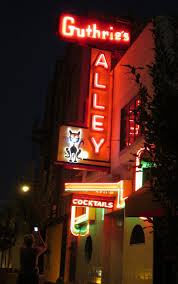 Guthrie's Alley Cat is a popular dive bar in downtown Bakersfield. It has a single pool table and serves no food. However, it is flanked by restaurants on either side. Originally, this nightspot was named Oscar's Alley Cat, and it has been in existence since 1940. As its name suggests, it is indeed located in an alley. However, this alley also has an official street name (Wall Street).

One of the most well-known aspects of Guthrie's Alley Cat is that it features retro neon signage on the exterior. Although there are several interesting 1940s neon signs throughout Bakersfield, this sign is unique in depicting a blinking cat. In addition, there are murals throughout the interior. Some are colorful, while others have been painted in black and white. In particular, there is a multi-panel black and white mural featuring a floor to ceiling reproduction of a drawing created by the famed caricaturist, Al Hirschfeld.

In the twentieth century, Hirschfeld became famous for his caricatures of celebrities. Hollywood film actors, singers, Broadway stars, fashion designers, entertainment executives, and other celebrities were all parodied through his work. The Hirschfeld mural at Guthrie's Alley Cat is one of only six of its kind in the world. The long-time owner of Guthrie's Alley Cat is Ken Reed, who has been the proprietor for over 45 years.