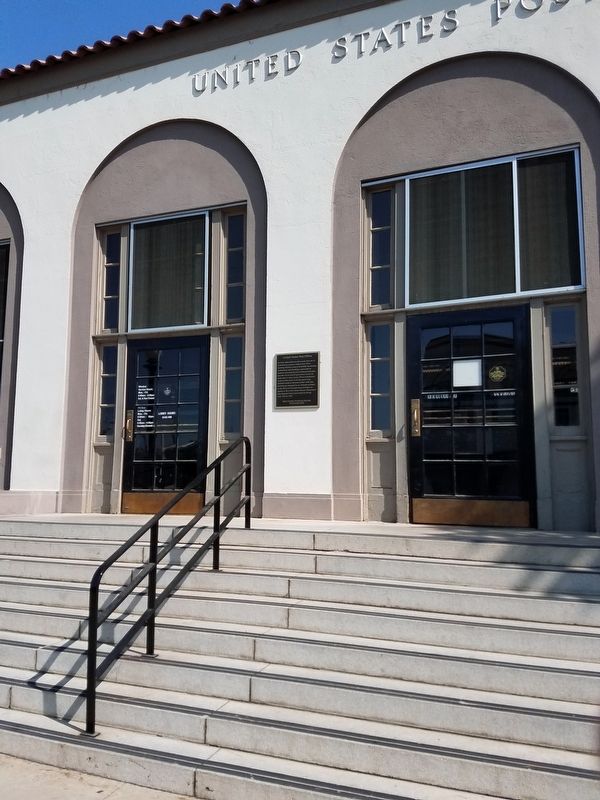 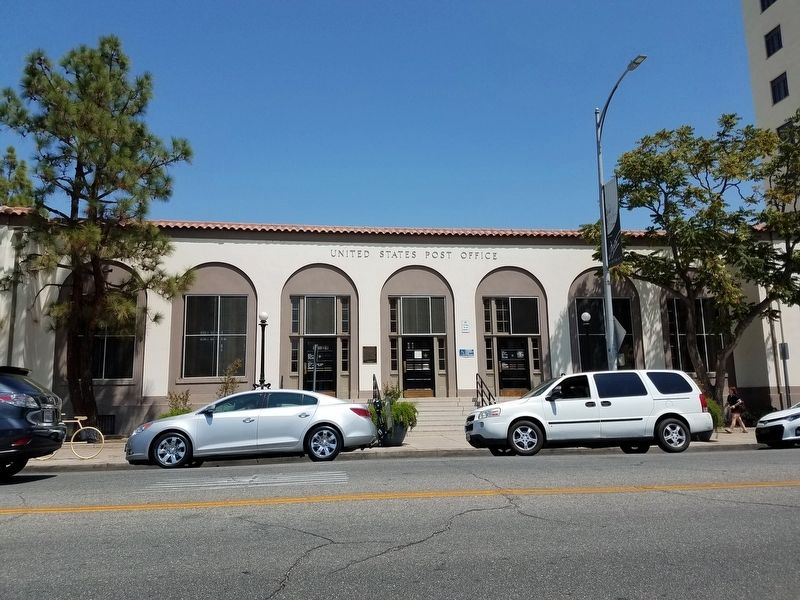 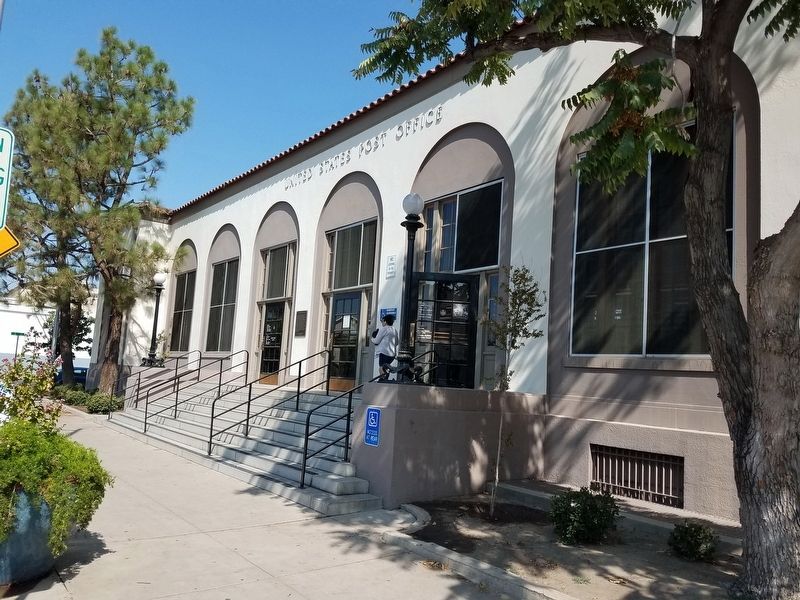 Historical Marker on the Historic U.S. Post Office in Bakersfield 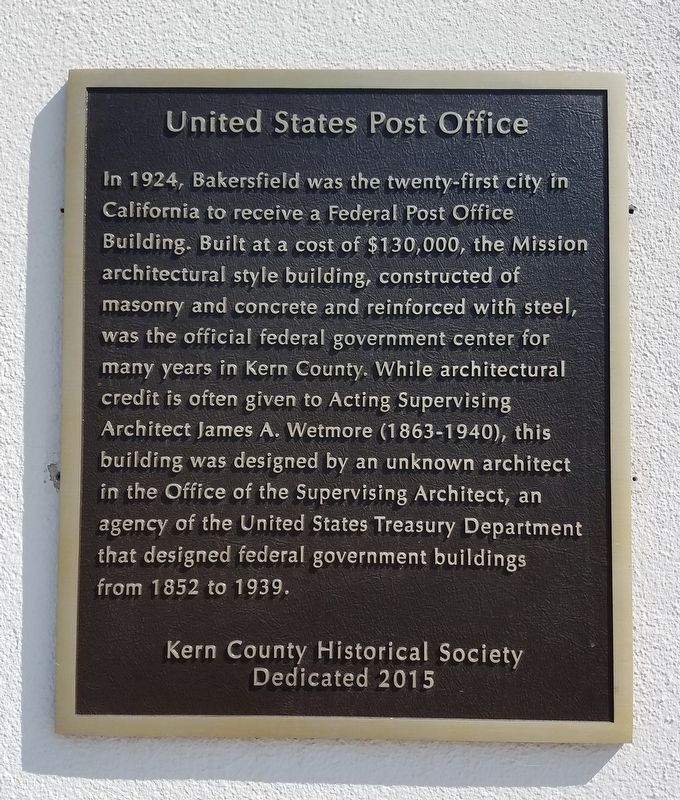 This historic United States Post Office building was constructed in 1924. It was designed in the Mission style by an unknown architect who was working for the Office of the Supervising Architect. This office was an agency of the U.S. Treasury Department, which oversaw the construction of federal buildings between 1852 and 1939.

On April 6, 2018, this historic Post Office in Bakersfield was named after the country music legend, Merle Haggard, who was born and lived in Bakersfield. Although Haggard had a troubled childhood that landed him in San Quentin prison, he ultimately managed to succeed in country music, winning numerous awards and honors for his skills in songwriting and performance. These include a Grammy Lifetime Achievement Award, a Kennedy Center Honor, and his induction into the Country Music Hall of Fame.

To acknowledge Haggard's contributions to the City of Bakersfield, this post office was named after Haggard and commemorated with a public event in 2018. The dedication ceremony was attended by members of Haggard's family, as well as by former bandmates, fans, politicians, and local residents of Bakersfield. There were also several protestors in attendance. The event occurred on what would have been Haggard's 81st birthday, just two years after his death.

In Bakersfield, there have also been several other memorials dedicated to the country singer throughout the city over the years. These include Haggard's own star on the Walk of Fame located on the sidewalk in front of the Fox Theater. Also, the Haggard family's boxcar home, which Merle's father had fashioned himself out of a former railroad boxcar, is currently on display at the Kern County Museum in Bakersfield.