One of the oldest brick structures in Key West, this building was home to the Key West Drug Store for decades starting in 1903. The Building was part of the Maloney family's vast real estate holdings on the island. Colonel Walter C. Maloney arrived in Key West just as the U.S. took possession of the island in the 1820s. Maloney and his descendants acquired land, built buildings, and also published books, established hospitals, held political office, and developed radio stations. John Maloney, the third generation of Maloneys in Key West, established the Key West Drug Store here in 1903. A practicing surgeon, John Maloney developed a hospital that connected to the pharmacy after an explosion injured numerous workers developing the Florida East Coast Railroad. The railway, which connected the southern Florida mainland to Key West comprised a series of steps during the twentieth century to boost Key West's tourism and real estate industries. Maloney also took the lead in creating the island's hospital, which included space to perform surgery. The pharmacy fell into the hands of Maloney's daughter Florence who lived in the building until the 1980s. Her kids and grandkids went on to develop businesses, serve in public offices, and eventually renovate the former drug store. The first floor is home to retail while the second floor of the historic building offers rooms for rent to island visitors. 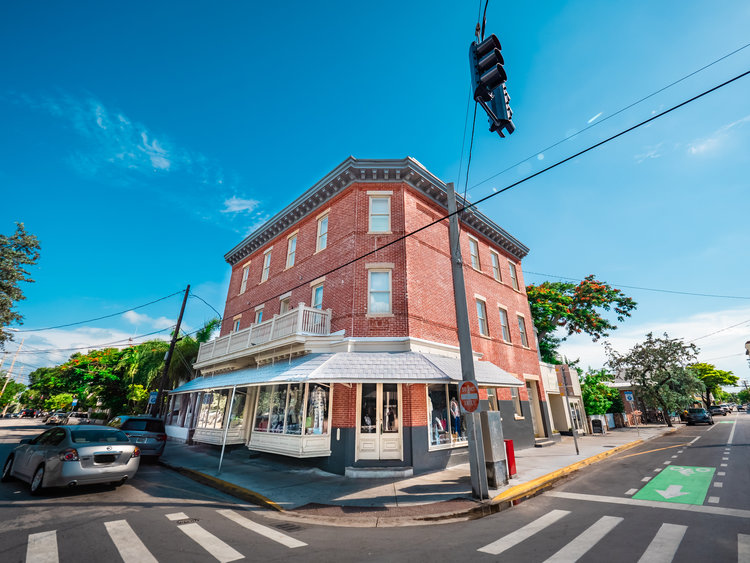 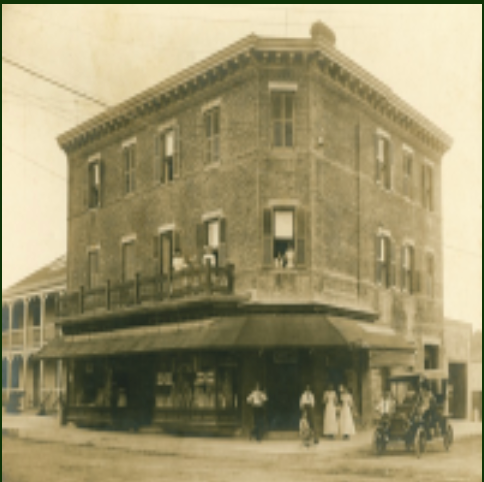 This building was constructed in the 19th century and became home to the island's longest continually-operated drug store in Key West in 1903. The building's construction date is unknown, but city maps show the structure existed at least as early as 1849. The early investors who developed Key West into a port city, naval station, and eventually a tourist destination relied on enslaved and immigrant labor in those years. By the early 1900s, the island was home to permanent residents and was experiencing a second population boost. Dr. John Maloney, a surgeon, opened Key West Drug Company with a business partner, but by 1904 stood as the drug store's sole proprietor. The pharmacy eventually became connected to the Maloney hospital he developed, the first of its kind in Key West. The hospital arrived at a time when Key West started to transition to an island with a growing population including investors hoping to grow Key West's real estate and tourism industries.

Dr. Maloney, whose grandfather, Colonel Walter C. Maloney, came to Key West in the 1820s and wrote A Sketch of the History of Key West in 1876, served as a surgeon for the Florida East Coast Railroad, a railroad designed to connect Key West to the mainland and, as a result, open the island to increased tourism, access to goods, and business opportunities. However, building a railroad of that magnitude included dangerous conditions for the laborers, not unlike those who built the Erie Canal, Trans-Continental Railroad, and Panama Canal. In 1908, a construction explosion injured several workers. The injured workers were sent to Key West to receive medical attention, however, the island city did not have a large enough facility to accommodate the multitude of patients arriving. Thus, Dr. Maloeny hurriedly set up beds in the office building located next door to the pharmacy.

The incident convinced Dr. Maoleny that Key West needed a proper hospital, notably one that could provide space to perform surgery. With the help of Henry Flagler, who spearheaded the railroad project, he purchased the office building, moved it to the back of the lot, and expanded it. He named the facility the Louise Maloney Hospital, in honor of his wife. The hospital Maloney developed consisted of thirty beds and a fully-equipped operating room. Still, the hospital still proved too small, so he bought the adjacent home in 19111 and connected the pharmacy and the hospital, joined by an elevated walkway. Upon Dr. Maloney's death in 1916 the hospital was renamed the John B. Maloney Memorial Hospital.

After establishing the hospital, Dr. Maloney handed over the pharmacy to his son-in-law, Robert F. Spottswood, who married Maloney's daughter, Florence, after moving to Key West in 1912. Florence went on to work in a Marine clinic during the Spanish Flu epidemic of 1918-1920. The couple eventually shut down the pharmacy, but continued to live in the building; Florence Spottswood Maloney lived there until she passed away in the mid-1980s.

In 1944, John Maloney Spottswood, Florence's son (and Dr. Maloney's grandson) founded Key West's first radio station, WKWF. In 1955, John established Cable-Vision, Inc., one of the first cable television systems in the country. John also served as Sheriff for four terms, and State Senator for four terms. During the twenty-first century, more than a century after the pharmacy opened and more than 150 years after the erection of the structure, the Spottswood family renovated the building to include a clothing and art boutique on the ground floor with two penthouse suites above. Florence Maloney’s granddaughter, Florence “Fawni” Spottswood, took residence in the third story penthouse, while her great-grandson, John Maloney Spottswood, III, took residence in the second story (both have moved out of the building in recent years).

Colonel Walter C. Maloney's Sketch of the History of Key West in 1876 describes a Key West that's far different than today, filled with hotels and nightlife. The pharmacy his grandson, Dr. John Maloney, developed prior to building the hospital sat in a building created during those early years, built only a couple of decades after the U.S. took possession of Key West and turned the island city into a port and strategic military location. But, the transition from Key West into a tourism-minded island started with the building of the Florida East Coast Railroad prior to World War I, which connected Key West to the southern Florida mainland. The increased population coupled with the railroad construction, notably when tragedy struck with an explosion, led to Dr. Maloney's drive to build a proper hospital. To see the pharmacy today is to be reminded of the influence of the Maloney-Spottswood family, the evolution of Key West into an island many travelers frequent each year, and of the many people -- investors, professionals, and workers -- who helped make that happen. And, in fitting fashion, people can now stay on the second floor.

Teaford, Jon C. Cities of the Heartland: The Rise and Fall of the Industrial Midwest. Bloomington: Indiana University Press, 1993.