The extraordinarily historic Ralston-Edmiston building, erected in 1879 at 165-173 Main Avenue, was the joint venture of jeweler Er Ralston, I, and the Judge Matthew Edmiston family. It replaced in part a number of large and small frame buildings (including Ralston’s home) on and near the southwest corner of Main Avenue and Second Street that were destroyed by fire on November 1, 1877. Now the oldest business-professional building in Weston, it originally incorporated four separate storerooms, each of which has its own interesting story to tell. Needless to say, their facades and interiors have been renovated or redesigned over their many years. 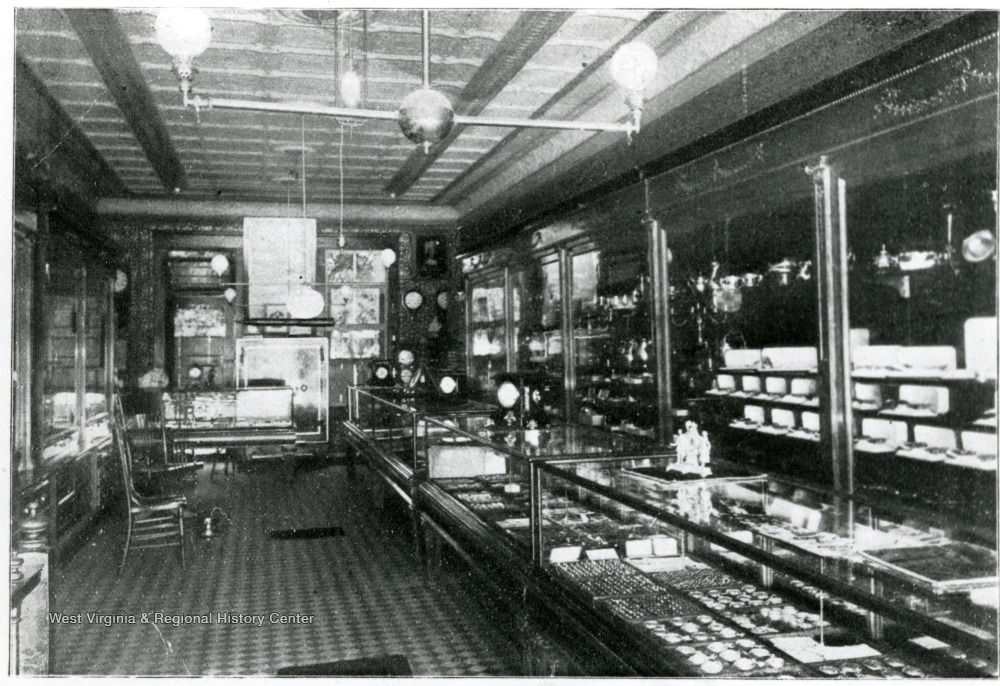 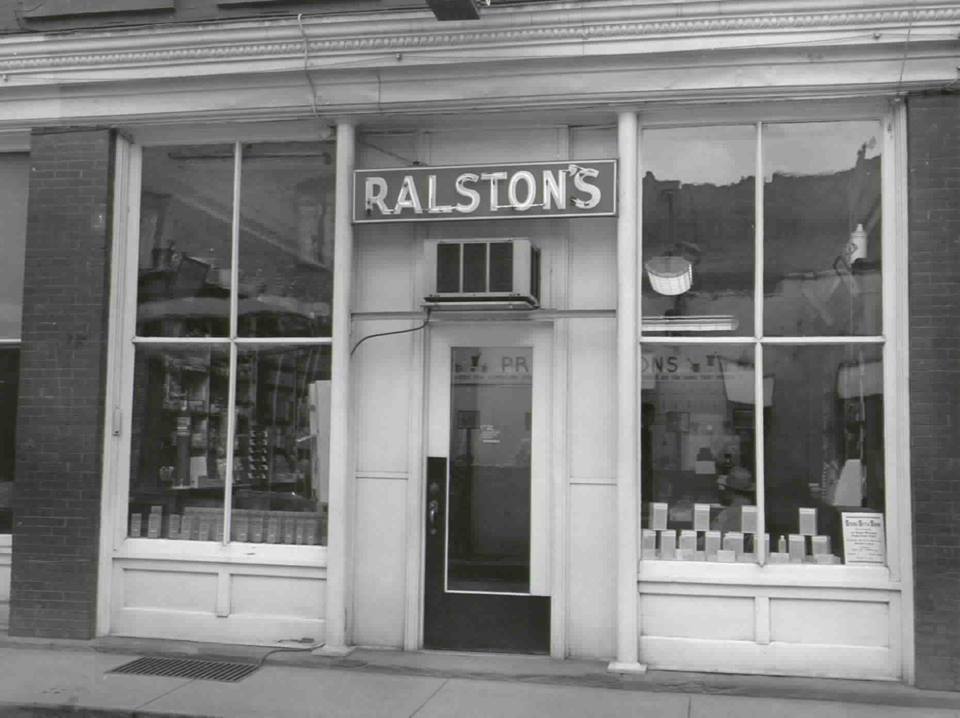 At the 165 Main address was first located the John Adams Barnes grocery and general merchandise store, later converted to dry goods only. (He had been in business since 1870, in a frame storeroom across the street.) A son of Weston physician Newton B. Barnes, he was active in the Methodist Episcopal Church and a passionate prohibitionist. The striking home he built in 1886 still stands on the southwest corner of Main Avenue and East Fourth Street. In 1892, he was a founder of the Citizens Bank and served on its board of directors for many years.

In his co-owned building, jeweler Er Ralston picked for himself the space at 167 Main, next door to the Barnes emporium, for his new storeroom. Born in Ohio, he came to Weston in 1856, at age 22, and opened his jewelry trade in the Strickler building, a small shop located on the property that was later designated as 221 Main Avenue, and now serves as part of the Citizens Bank’s customer parking lot. Overnight, Ralston became one of the town’s most highly regarded citizens.

The next-door room in the Ralston-Edmiston building, at 171 Main, was initially occupied by the Jufer & Zobrist tobacconist’s shop. They rolled their own cigars as well as purchased for sale factory-made ones. (Lewis County produced 26,840 pounds of tobacco, valued at $3,760, in 1890.)

In April 1881, James B. Finster took over the space with his newsstand, book and stationery store. Finster, originally an employee of the Weston Democrat as a journeyman printer, was a young man of considerable ambition and a fascination for business of any and every kind. Of meager means, he got his entrepreneurial start in 1878 by selling, from a corner in the Democrat’s printing shop, out-of-town newspapers and magazines, which required a minimal inventory investment. Holding on to his profits, he was able to open his own store at this address, with a broadened line of merchandise. Besides papers (about a hundred sold daily) and magazines, he stocked a few books (Bibles, dictionaries, dime novels), sheet music, chromos (color prints), both cheap and quality writing paper, pens and ink, school supplies, sports and leisure items such as croquet sets, baseballs and bats, hammocks, cigars, pipe and chewing tobacco, candies, and similar sundries.

Finster sold the store to Minter Alvin Bailey (grandson of the Bailey House Minter Bailey) in 1893. He, in 1898, sold the business to T. (for Thomas) P. Wright. Under Wright’s ownership and management, and after his death under the direction of Miss Julia Burr, assisted by Miss Vieva Stewart (who became the owner in 1956), the Bookstore, as it was commonly called, was a Mecca for Westonians. More than any other business (except possibly the Camden Theatre), it made Weston a cosmopolitan town.

When the Bookstore went out of business, the Edmiston half of the building was purchased, in 1971, by jeweler Dick Smith. The space housed his business until 1993. In 1995, he sold the site to Charles and Janet Lester, who in early 2007 sold it to Enzo and Roberta Cardelli, the present owners. For a time, the store “Heritage Antiques” occupied the site; now the Weston Sanitary Board is located there.

Occupying the fourth storeroom (which later became a part of Wright’s Bookstore space described above) in the Ralston-Edmiston building, at 173 Main in 1879, was the Star Clothing House, a branch of a Parkersburg firm, Rauch & Greenstein, managed locally by Adolphus Greenstein, a partner in the business that was sometimes described by an old-fashioned word, haberdashery. An 1883 Democrat article put it this way: “. . . a large clothing store opened in May 1879 . . . doing a fair square business . . . commanding a fair trade . . . keeping a full line of furnishing goods, from the cheapest to the best, and the farm hand or teamster can get his coarse working clothes, while the dandy can be equally well supplied with a wedding outfit of the finest fabrics.”