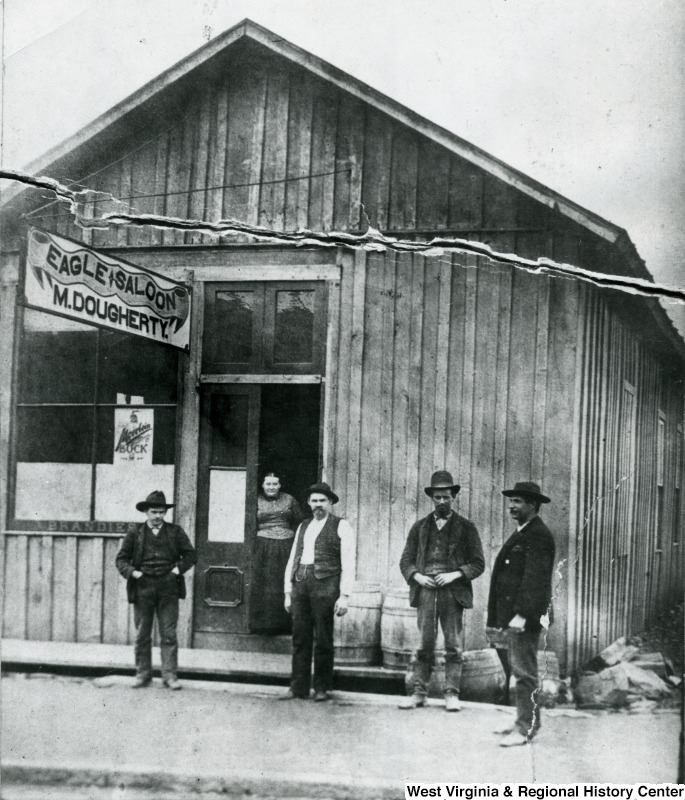 The great fire began in a bakery located behind the building. The owner of both was Irishman Michael W. Dougherty; his business was a restaurant/saloon, with hotel rooms above, called Dougherty’s Shanty. It was a public drinking place when the city fathers were disposed to license such establishments, a speakeasy when not and prohibition was in fashion.

These two succeeding “shanties” were, in fact, the second and third buildings to occupy the site. The first was a small, one-story frame structure that burned in a November 1889 business section fire.

A gray date stone inserted in the brick high up on the front façade of the present building reads “Dougherty Shanty May 1895”.