At the center of the Boise State campus stands the historic Administration building. It was constructed in 1940 after Boise Junior College was created in the 1930s. This building is a rare historic moment because it was one of a few buildings that were started before WW2 and were still completed even though the war was going on. The building was designed with academia in mind. With the red brick and subtle ornaments on the outside this building started the trend for the rest of the buildings (excluding the ILC) on campus. This was the hub for all things centered around Boise Junior College. The library and student union were both located inside the Administration building before getting their own respective building to themselves.

Photo of administration building in 1950s. When the horseshoe driveway was still apart of the layout, cars could park in front of the building. 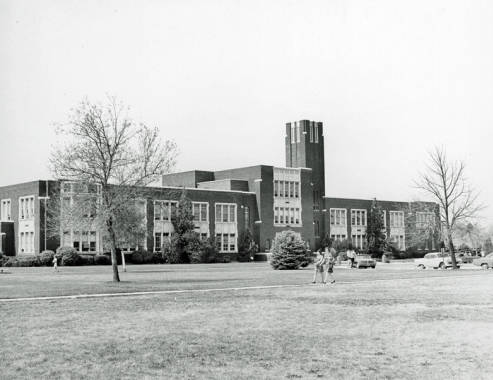 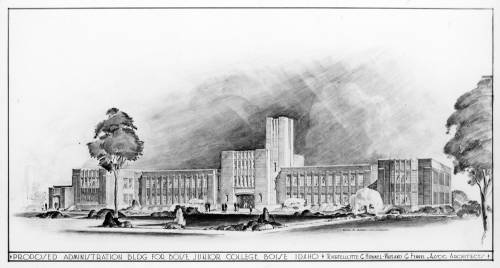 Construction Of the Administration Building started in the 30's and ended in 1940. 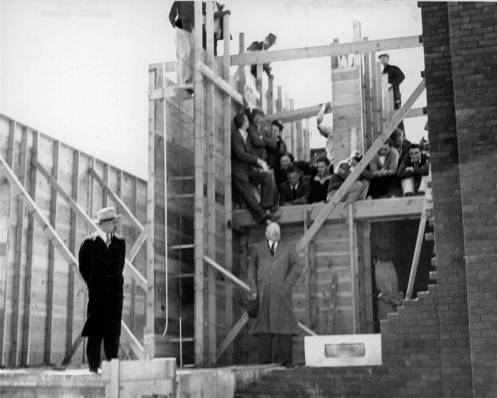 Side view of Administration building 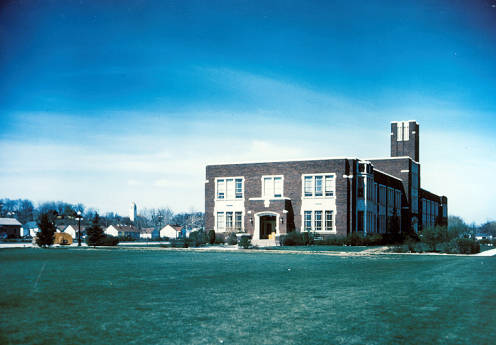 Rear view of Administration building in the 50's 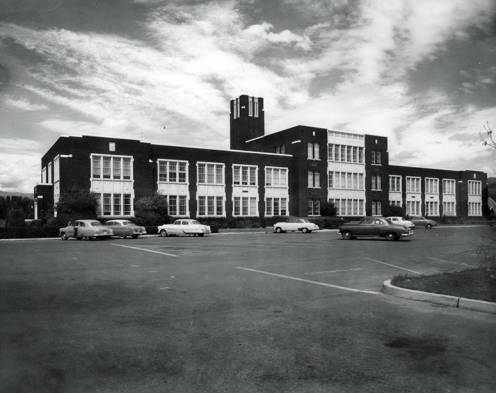 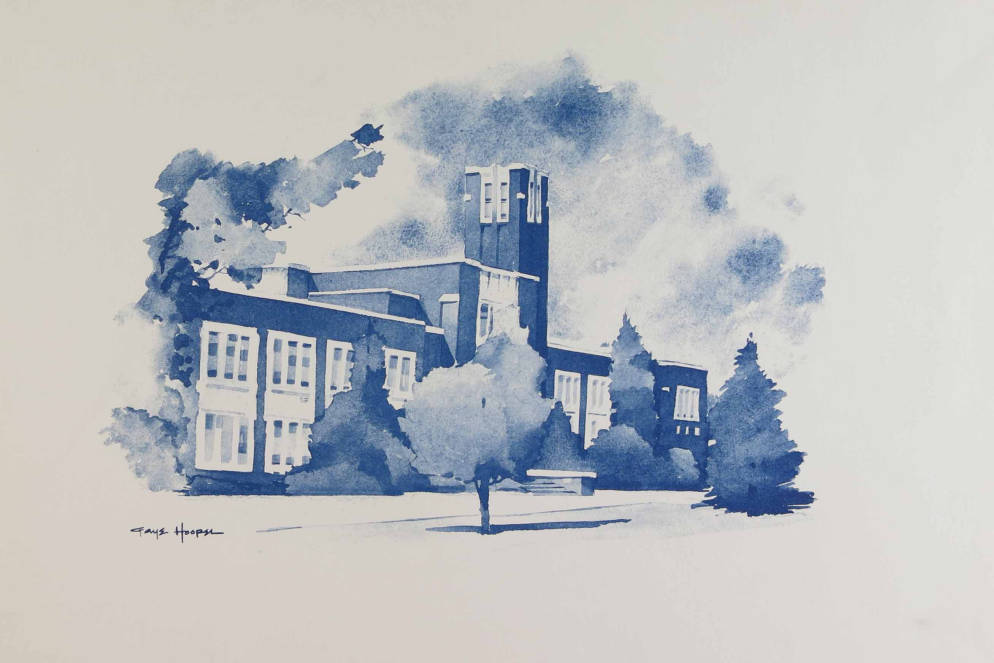 East side view of Administration building 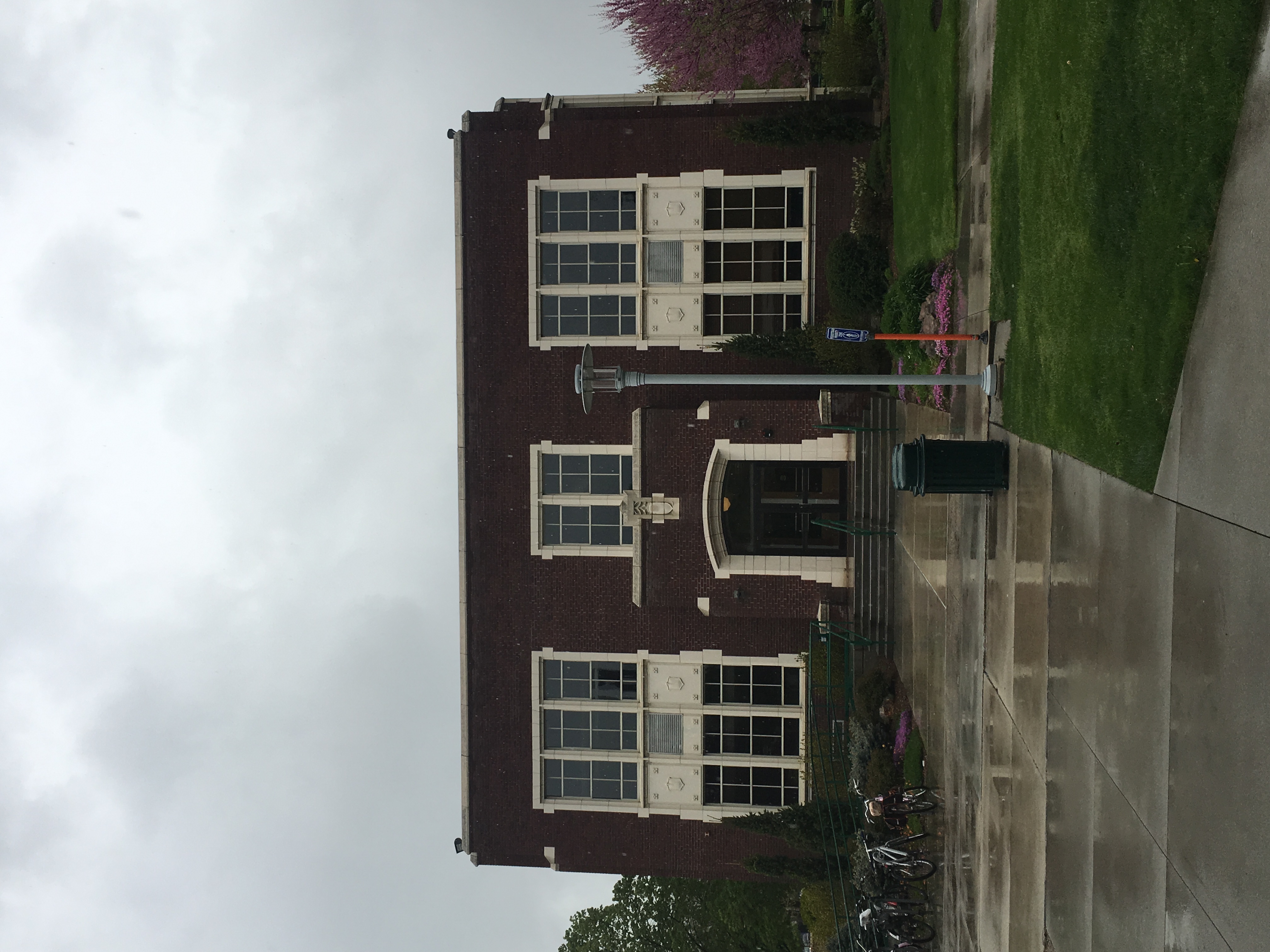 Main hallway inside the building 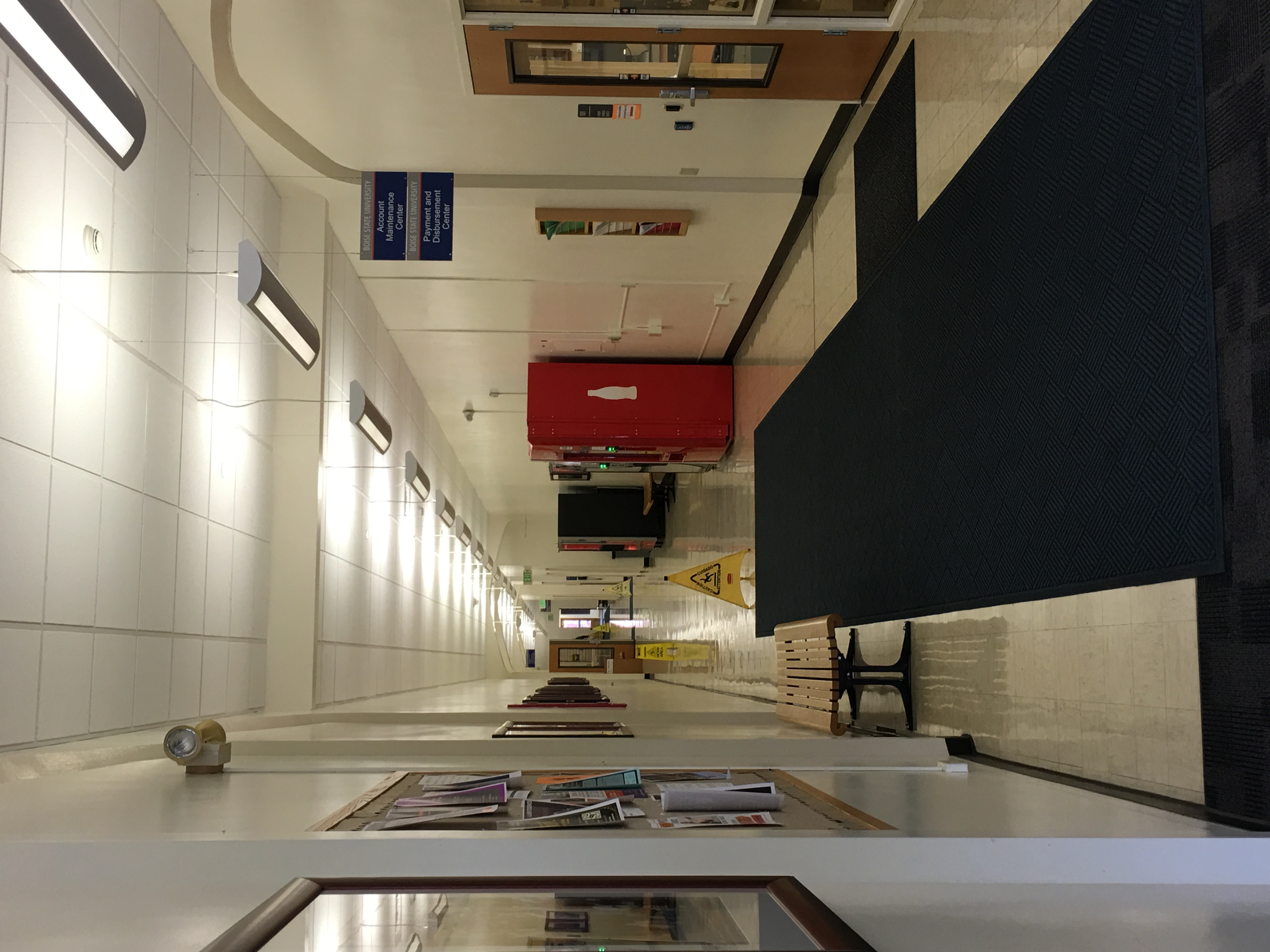 Main entrance and exit. This is facing the Boise River. 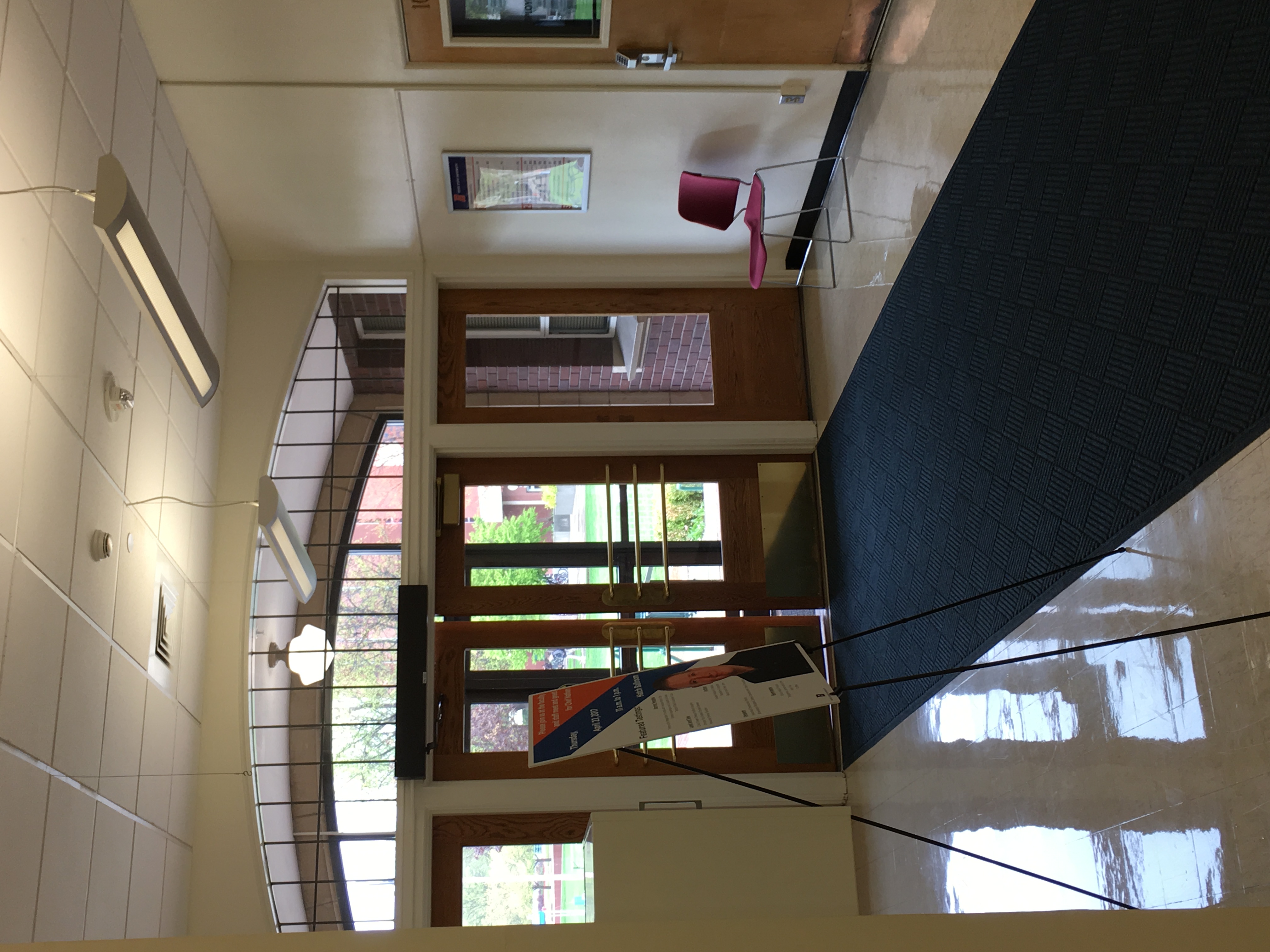 West side of Administration building 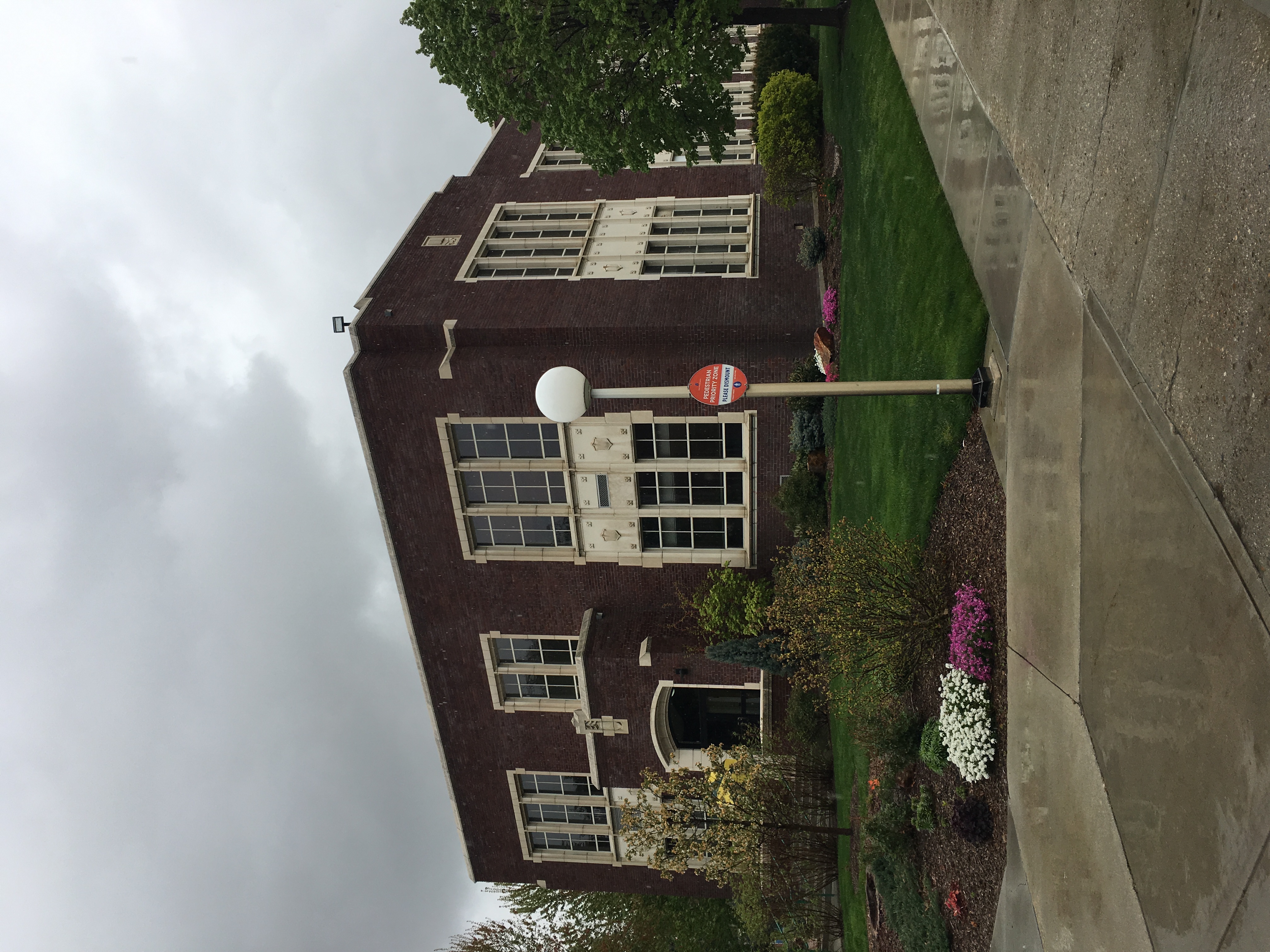 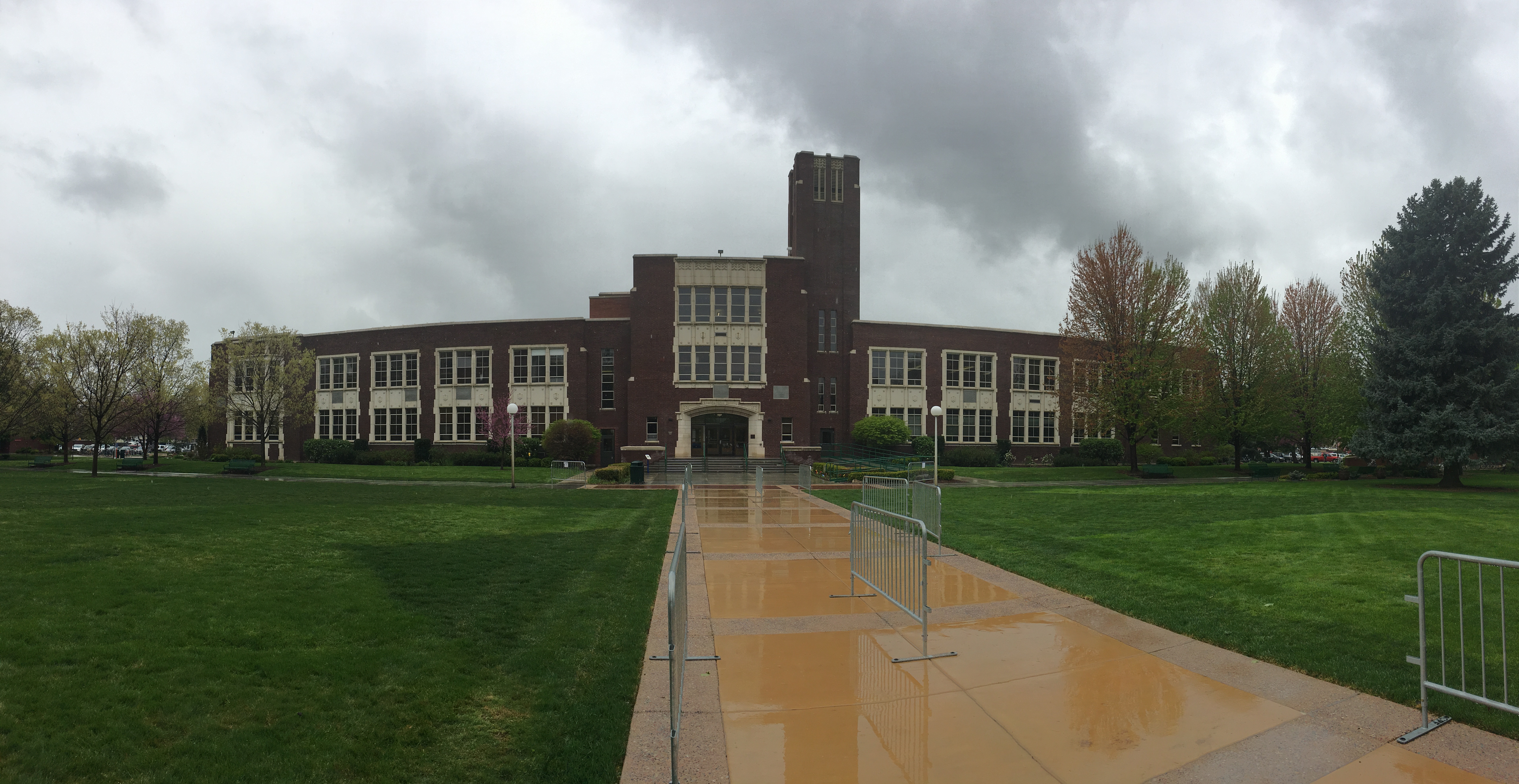 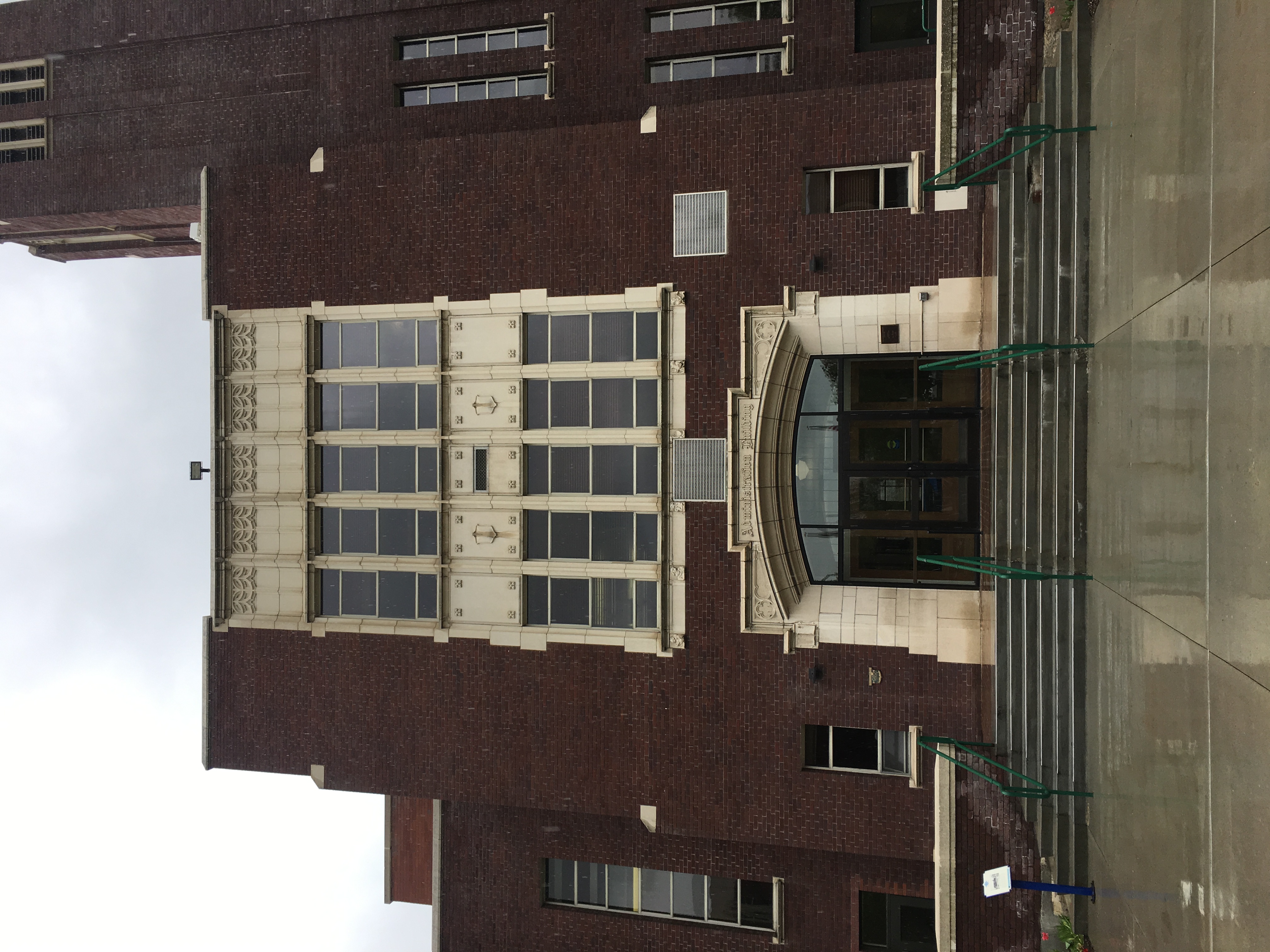 The Plans for the Administration building were drafted in 1910. These plans show the design and layout for the 1st and 2nd floor as well as the basement and 3rd floor. Prior to the ground breaking of the Administration building and other buildings on campus. This stretch of ground was Home to the Boise airport. It later changed its name to College Airport because of the Boise Junior college. Over time however the airport was taken out and more buildings were erected. An article published in the Boise Capital News by Max G. Funke on September of 1940 recalled the event in which a pilot who had not flown into Boise for quite some time tried to land at College Airport only to find a building in the middle of the landing strip. Needless to say, the pilot was quite confused. Funke uses this event to show how Boise as well as Boise Junior college have progressed and he even goes on to make a statement in which he believes in 50 years Boise Junior College and her respective city will be nationally known and will continue to grow. Funke hit the nail on the head with this one and to this day Boise State had continued to grow and innovate like few other colleges can.

Upon its completion in 1940, Boise Junior College held an open house event to show it to the public. It was built by Hummel & Hummel Architects in Boise in conjunction with the WPA (Works Progress Administration) in the neo-Gothic collegiate modern style. They opened their doors to the Boise citizens and allowed them to tour the Administration building under escort of the students. Many people were amazed at the equipment in place for the sciences and the lounging area in the Student Union room. Even though everything for the Boise Junior College was located within a single building, it was a start for the school and with the number of students it was a perfect fit. The school eventually began erecting more buildings as the attendance grew as well as erected the dormitories for students to live in. One was assigned for males, the other for females.

The reason that the Administration building is not facing outward, is because University Dr. was not intended to be the main road through campus. Instead the road known now as Caesar Chavez Ln was supposed to be the main road. The administration building faced the Boise River and had a large U shaped driveway for students to park in front of the main building. When looking through historic photographs, it really captures the essence of the college and what they had planned for when creating a school.