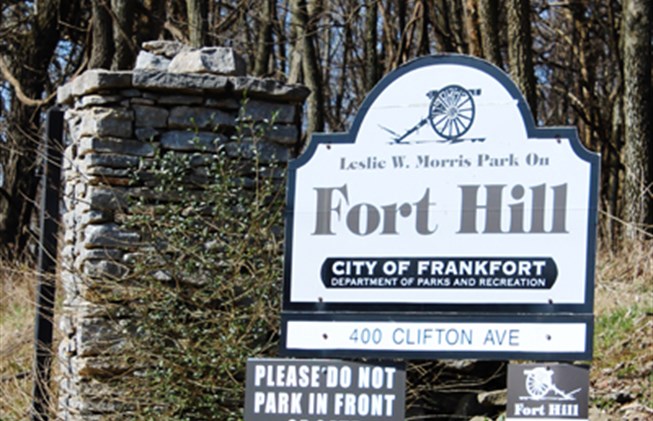 Leslie Morris Park at Fort Hill is home to the remains of two Civil War forts. 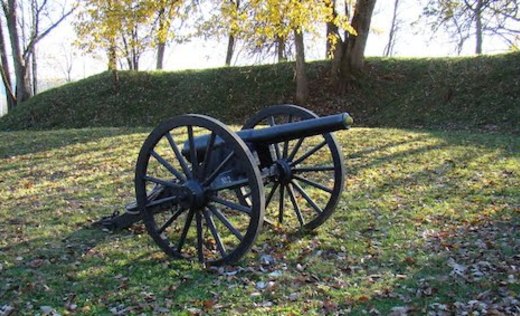 The Army abandoned the site following the Civil War and it sat dormant until 1999 when it was developed and reopened as a park. The city of Frankfort purchased the proper from Leslie Morris, thus the park’s name. The park now preserves the remains of two Civil War forts. Surrounding the forts are 124 acres of forest.

Visitors to the park will notice dry-laid stone fences and a wide range of wildlife. There is a 19th century trail that leads from downtown Frankfort to the park that is virtually unchanged. A dog trot style log house built in northern Franklin County around 1810 has been moved to the park. It is being renovated to house exhibits about Fort Hill. Interpretive markers are scattered throughout the park.

The park is open to vehicular traffic year-round from 11 A.M. to 5:00 P.M. Free guided tours are available Monday- Saturday from Memorial Day through October 31.