The Cohen’s moved to Martinsburg, WV in 1910 and purchased building now known as the Cohan & Sons building in 1925. The building was built c. 1920 is a multi-color brick four bay building with pilasters that form from a molded continuous base. The fourth-level penthouse was added after World War II. The store was in the heart of Downtown Martinsburg and was in business from 1925 until 1970. Today Brix 27 occupies the space that was formerly known as the M. Cohen & Sons store. 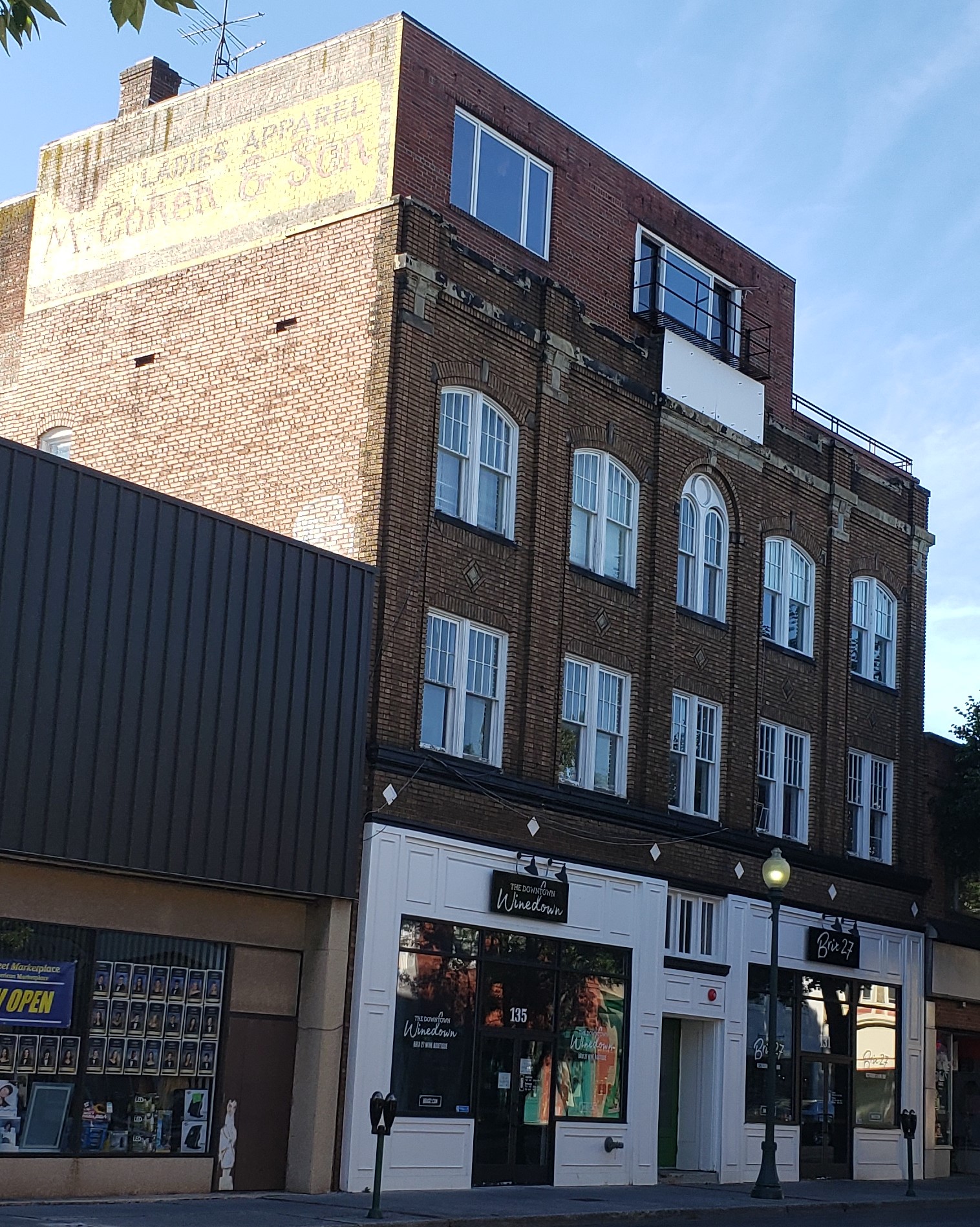 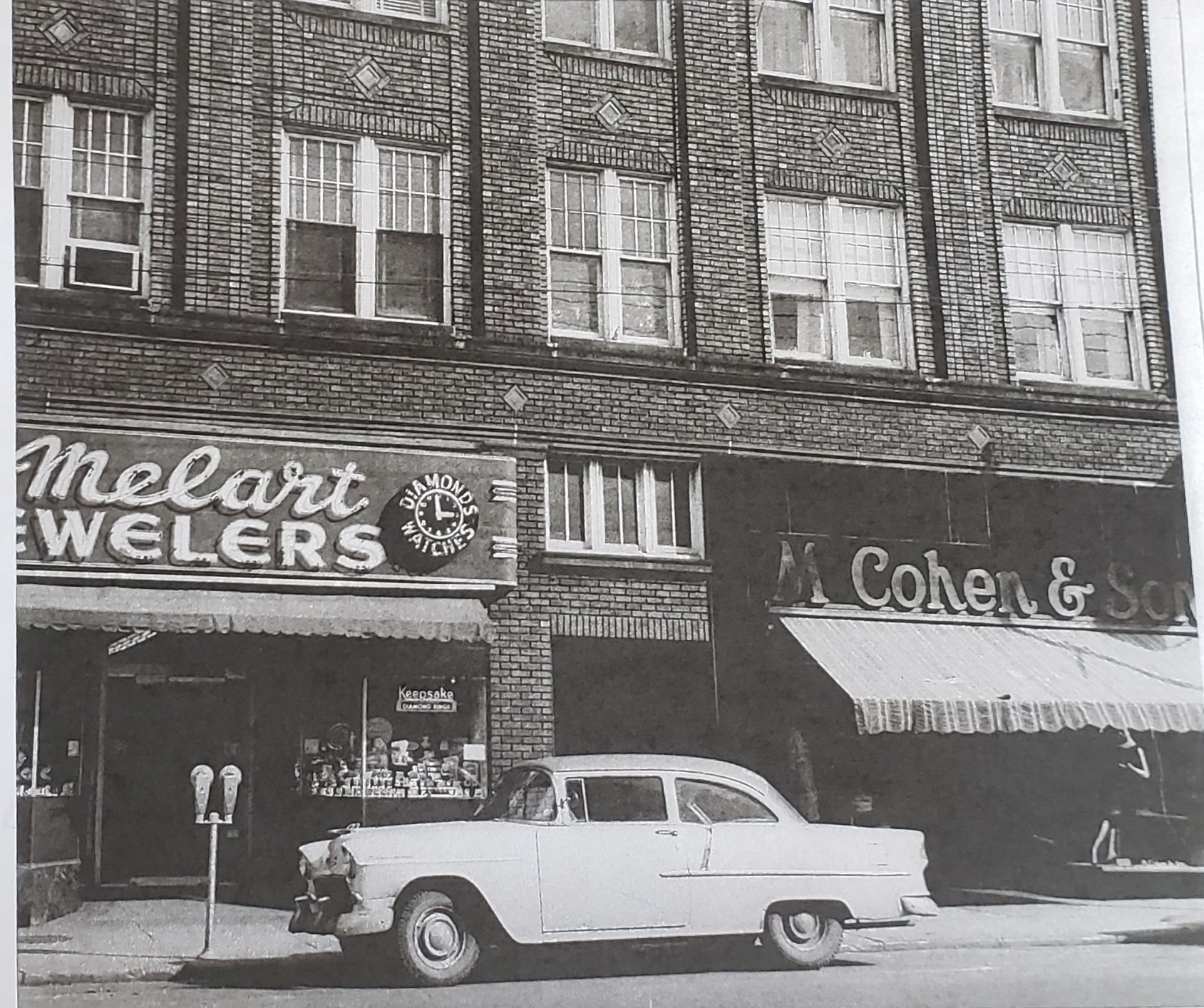 Mendal “Max” Cohen born October 22, 1870 came to the United States in 1891 from Ukraine while fleeing oppression. He first moved to Florence South Carolina before moving to Winchester, Virginia where he opened two stores which included a ready to wear store and a furniture store. Max Cohen had two sons, Lou and Sol and one daughter Sarah. Max Cohen like many others in the Jewish community had an active live not only in the synagogue and other Jewish charities but also an active member with the Chamber of Commerce.

Sol and Lou both served in World War I and like their father active in the synagogue and many Jewish organization. Sol also was an active member with Kiwanis, Masonic, the Shenandoah Area Council of the Boy’s Scouts of America, the Eastern Panhandle Shrine Club, the Berkeley County Historical Society, Friends of the Library, VFW and helped with the fundraising campaign which helped built the current Martinsburg-Berkeley County Library. Like his father and brother, Lou was also active in the Synagogue and other Jewish organizations. Lou also was an active member of the Chamber of Commerce, the VFW, Kiwanis Club, City Hospital Board member, and during World War II was the first to get a War Production Board and helped sell War Bonds and held scrap metal drives.

The Cohen’s moved to Martinsburg, WV in 1910 and purchased building now known as the Cohan & Sons building in 1925.  Max Cohen ran the store until 1933 when his son Lou Cohen took over. The M. Cohen & Sons store occupied on of the first-floor room with other rooms rented. The other stores included Cohen’s Salon of Beauty and Melart Inc Jewlers. The second floor were devoted to apartments and the top floor was Mr. Lou Cohen’s penthouse quarters.

M. Cohen and Sons store was known as a specialty shop which sold dresses, suites and furs for women and misses. Lou Cohen, who took over the store, maintained a resident buying office in New York to stock the Martinsburg store. The store also had what Cohen called “order customers” with many who lived in Washington, D.C. and Virginia. The stores merchandise prices in 1960s ran from dresses from $19 to $1,300 for furs.

The store remained in business until 1970. Since then many different businesses such as flower shop and other retail businesses has occupied the space. Today a restaurant called Brix 27 occupies the space formerly known at M. Cohen & Sons.