The Old Public Square of Martinsburg

Established at the end of the 18th century, Martinsburg's public square served as a social and cultural center as well as a regulated market exchange for the area following the decision to locate the county court in Martinsburg. Martinsburg was established by Virginia lawyer and landowner Adam Stephen. Shortly after the Virginia Assembly created Berkeley County, Stephen vied with Jacob Hite, the founder of Hitetown (modern-day Leetown) for the country seat. Hite petitioned the Virginia Assembly as both vied for their town to have the prestige and economic benefits of being the county seat. After the feud was settled, Stephen mapped out the new town of Martinsburg in 1772 around this public square. 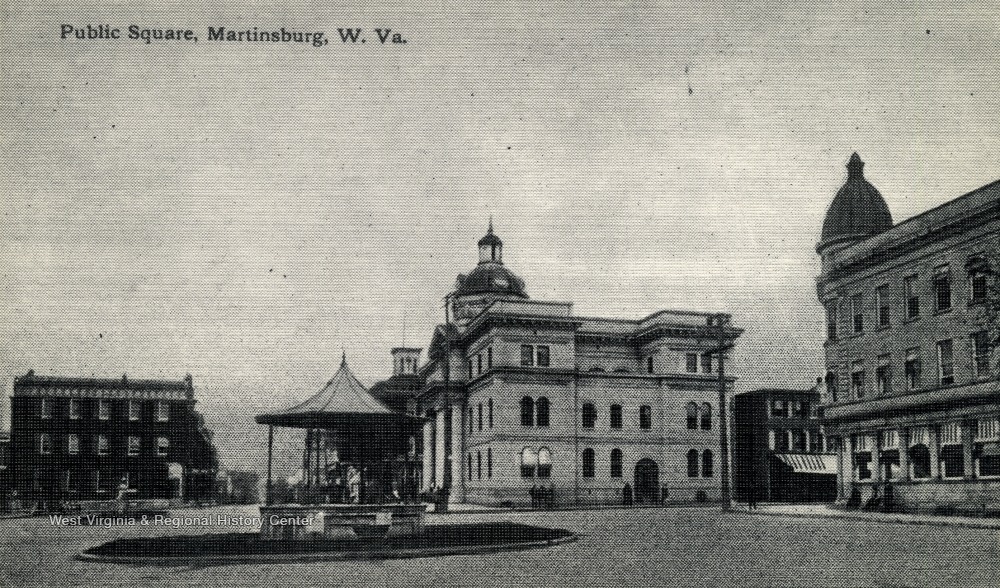 Photo of Public Square, circa 1925, with description detailing history of the square. Picture courtesy of West Virginia & Regional History Center. 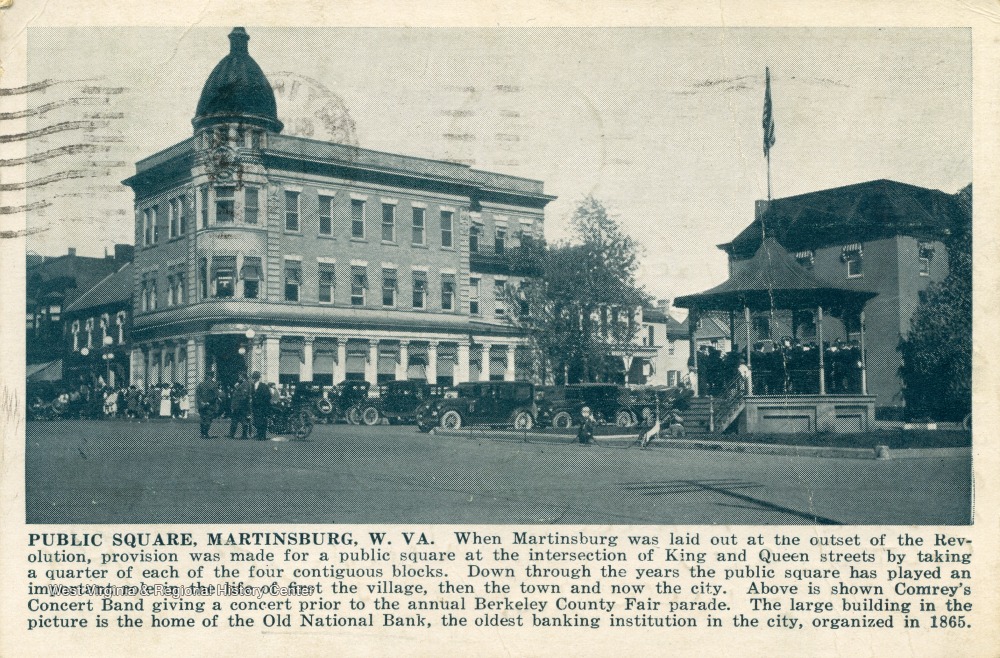 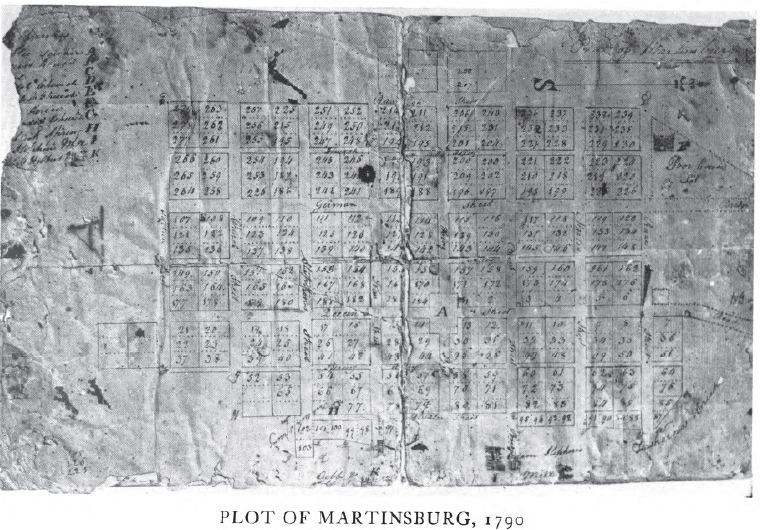 When the Virginia General Assembly created Berkeley County out of the existing Frederick County in 1772, prominent area landowners Adam Stephen and Jacob Hite began feuding over which of their still-undeveloped towns would become the county seat. While the Virginia Assembly contemplated which town should become the home of the new county court, the feud escalated. Stephen was in an advantageous position because he was the local sheriff and he used his position to his benefit. Stephen confiscated “fifteen of Hite’s slaves and twenty-one of his horses to be auctioned off in settlement against Hite.” (Hendricks)

Meanwhile, Justice Horatio Gates of the Revolutionary War, supported Hite, and broke into the local jail and reclaimed Hite’s property (Hendricks). Because of Stephen’s actions, Hite published a series of articles in the Virginia Gazette and accused Stephen of abusing his position as sheriff. Although Stephen responded to Hite’s accusations, their feud lost steam, and Hite became disgusted with the whole affair. The feud between the two landowners concluded with Hite selling his property and moving his family to North Carolina.

With Hite out of the competition to gain the county court seat, Stephen commenced with mapping out Martinsburg and kept in mind the need to facilitate commerce. In Stephen’s original map of Martinsburg, he designed a public square that could nurture the social and cultural atmosphere of an emerging town, but also ensure commerce would thrive as well. Historian Christopher E. Hendricks notes the significance of Martinsburg's public square: “The central feature of the town was a Renaissance-style public square at the intersection of the two main avenues, King and Queen streets, an interesting and possibly revealing choice of names on the eve of the American Revolution.” The remainder of land that became Martinsburg was mapped out into blocks that formed a grid pattern. Common to eighteenth and early nineteenth-century urban planning, the grid pattern allowed for easy navigability in an unfamiliar town or city (Mohl). For the time being, the young town of Martinsburg steadily grew, and farming became a lucrative industry in the county.

By 1793, Martinsburg gained a population of about 1,000 people, and commerce had a significant chance to thrive. However, a history of Berkeley County from 1938 discussed the reticence of local farmers about selling their goods in Martinsburg. The fear of unregulated prices prevented local farmers from selling their crops, livestock, and cloth due to the lack of a well-regulated market and established fairs. While some residents preferred to buy goods on the streets, the local farmers wanted a guarantee of fair prices set at market value. Additionally, local farmers also wanted a market house to sell their goods to legitimize further their desires for fair market value. Stephen responded to the local conundrum and petitioned the Virginia General Assembly to establish a market house and clerk that could ensure any commerce taking place was fairly regulated. In turn, the Virginia General Assembly granted Stephen the market house and clerk on November 30, 1793. From that point on, the Public Square served as a social and cultural center as well as a regulated market exchange in Martinsburg.

Gardiner, Ann Henshaw, and Mabel Henshaw Gardiner. Chronicles of old Berkeley, a Narrative History of a Virginia County from its Beginnings to 1926. Durham: Seeman Press, 1938.

Hening, William Waller. The Statutes At Large: Being a Collection of All the Laws of Virginia, From the First Session of the Legislature, In the Year 1619.: Published Pursuant to an Act of the General Assembly of Virginia, Passed on the Fifth Day of February One Thousand Eight Hundred and Eight.: Volume I -XIII. New-York: Printed for the editor, by R. & W. & G. Bartow.