Item 1 of 8
This is a contributing entry for Old Salem Walking Tour (Winston-Salem, NC) and only appears as part of that tour.Learn More.

Erected in 1858, the Mickey Coffee Pot Marker originally stood outside brothers Julius and Samuel Mickey's tinsmith shop. Prior to mass industrialization, markers like this one often stood outside of shops to symbolize what was sold/produced there. The pot holds 740 gallons, is 7 feet and 3 inches tall, and measures 64 inches in diameter at its widest point. It was moved to its current location by the Wachovia Historical Society in 1960. 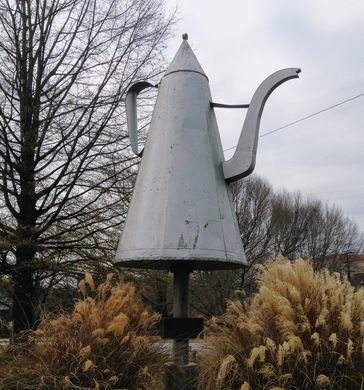 The Coffee Pot in its original location, outside the Mickey Brothers' shop. 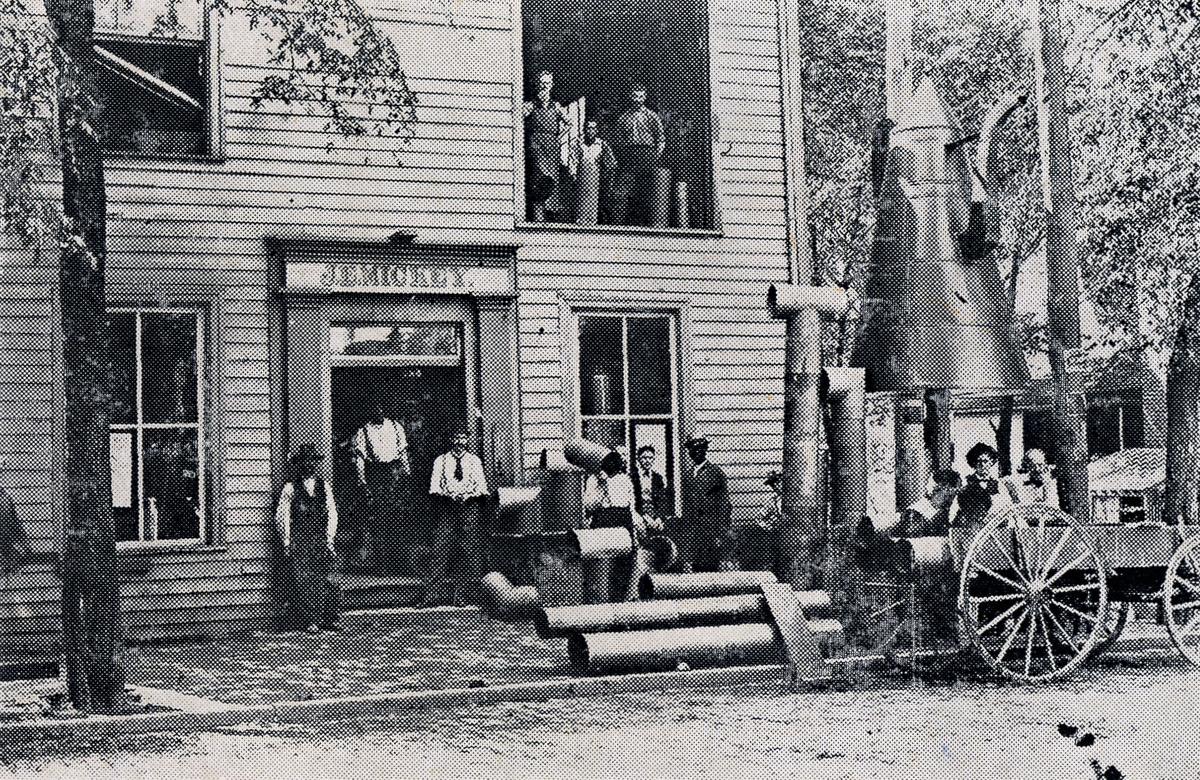 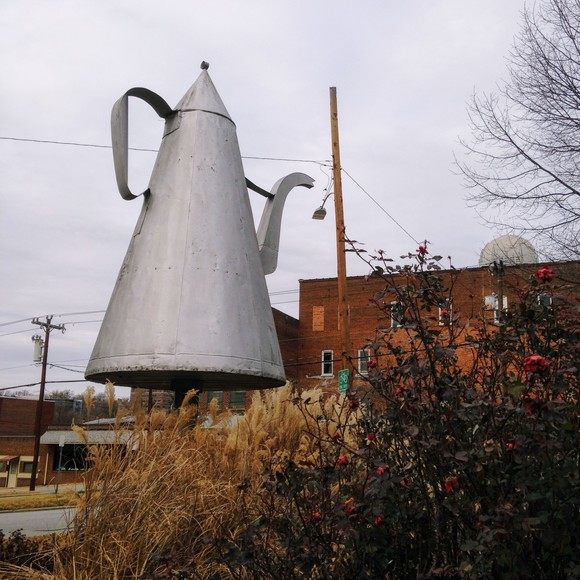 Originally a marker for the Mickey Brothers' tinsmith shop, this giant tin coffee pot was erected in 1848. When the brothers' property was sold to L.B. Brickenstein in 1924, the new owners offered the coffee pot to the local Wachovia Historical Society, to be displayed in the local Moravian Boys' School. However, there simply was not space for it in the school, and instead the Society moved it to the corner of South Main Street and Brookstone Avenue, where it was recognizable as an unofficial border between Salem and Winston. For many years, the coffee pot served as an "out of bounds" marker for students attending Salem College, as they were not allowed past the Salem limits. Rumors of Civil War soldiers hiding inside the pot abound in local history, though there is no proof of such events. Due to the construction of Interstate 40, the Salem Coffee Pot was moved to its current location in 1960.