Item 9 of 16
This is a contributing entry for Stadium Historic District - Historic Homes Tour (2020) and only appears as part of that tour.Learn More.

Welcome to the Hoska House.

It was in 1890 that prominent Tacoman Conrad Hoska employed architects Charles Daniels and Samuel Cook to design a fine Federal Colonial home for his family just three blocks from Blackwell Point, the planned site of the grand Tourist Hotel to be built by the Northern Pacific Railroad. Hoska’s completed three-story, nine-room house included interior finishes of oak, California redwood, walnut, cherry and ash. The top floors provided grand views of Commencement Bay. Construction began on the hotel the following year. 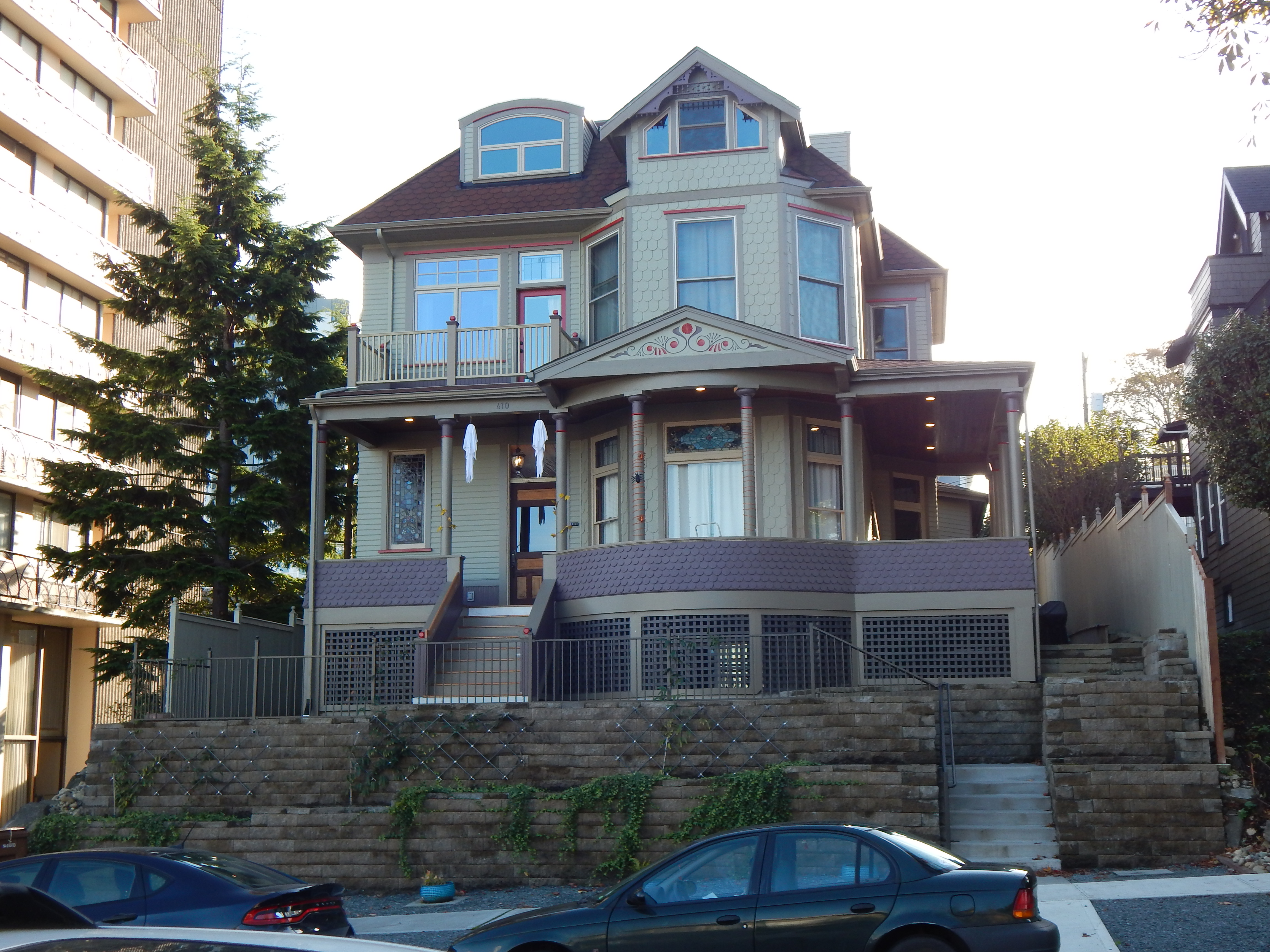 Learn more about the Hoska House.

Hoska had arrived in Tacoma in 1883 with his spouse Grace while on their honeymoon, and the newlyweds soon were welcomed by the western boom town that would become known as the “City of Destiny.” They decided to make Tacoma their home, and once settled, Conrad joined with A.J. Littlejohn in starting an undertaking business. Grace and Conrad had two children: Imogen and Lukas.

Hoska’s business interests branched out to include the purchase of major wheat lands in Eastern Washington. He had memberships in First Presbyterian Church, Chamber of Commerce, Masons, Knights of Pythias, Elks and Eagles. He was elected as a Democrat to three terms as Pierce County coroner and served on the Tacoma School Board. Grace was an active supporter of the YWCA.

The Tourist Hotel was never completed, and a massive fire of mysterious origins gutted the unfinished building in 1898. On February 19, 1903, Hoska was joined by close friends Alfred Lister and Eric Edward Rosling on a morning stroll downtown to work. As they walked by what remained of the Tourist Hotel, Hoska and his two friends had an epiphany: Wouldn’t that be a perfect new Tacoma high school? Later that day, the three met with school board president William Coffee with the idea. School architect Frederick Heath agreed and advised the board to purchase the hotel remains and the adjacent gulch from the railroad. The next day the board met in a special meeting and, with the leadership of Coffee and board member Charles Drury, approved the purchase for $34,500. Stadium High School opened its doors three years later.

Hoska died in 1910 and Grace moved from the residence. Soon after, the home was sold, subdivided and became the Marvin Apartments. (The Marvin Apartments sign was found by the current owners and can now be seen in the kitchen.) In the late 1940s the third floor and peaked roof were removed either by fire or earthquake.

The new owners have beautifully restored the exterior of the home by rebuilding the third floor, with dormers, the front porch and restoring the columns supporting the porch’s roof. The home now looks much as it did in 1910. The living room includes the original stained-glass window as well as the fireplace with white and light blue tiles. The downstairs woodwork is all original. The dining room also includes an original stained-glass window and a fireplace that shows an inlaid Czech hunting scene. A 150-year-old family heirloom chandelier hangs in the dining room. The woodwork on the stairs leading to the second floor is also original. Restoration work continues on the second floor. The third floor, with expansive views, serves as a family rec room.