Welcome to the Vaeth Mansion.

A uniquely refined mix of architectural styles, Richard and Louise Vaeth’s 6,207 square-foot mansion was built for $16,000, a princely sum in 1898. Designed by Scottish architect Ambrose J. Russell, it combines the proportions of the Shingle Style with Neoclassical Palladian, Gothic Revival, and Richardsonian Romanesque features in a delightfully asymmetrical Queen Anne package. The home almost gives the impression that Russell challenged himself to harmoniously fit as many architectural styles into a single home as he possibly could. With a prominent turret, an encircling octagonal veranda set on rustic stone foundations, Doric columns, triangular pediments, high chimneys, and steep rooflines capped in Gothic spires, the exterior speaks the word “elegance” in a multitude of languages. Follow the links below to enjoy a tour of the interior of this stunning home. 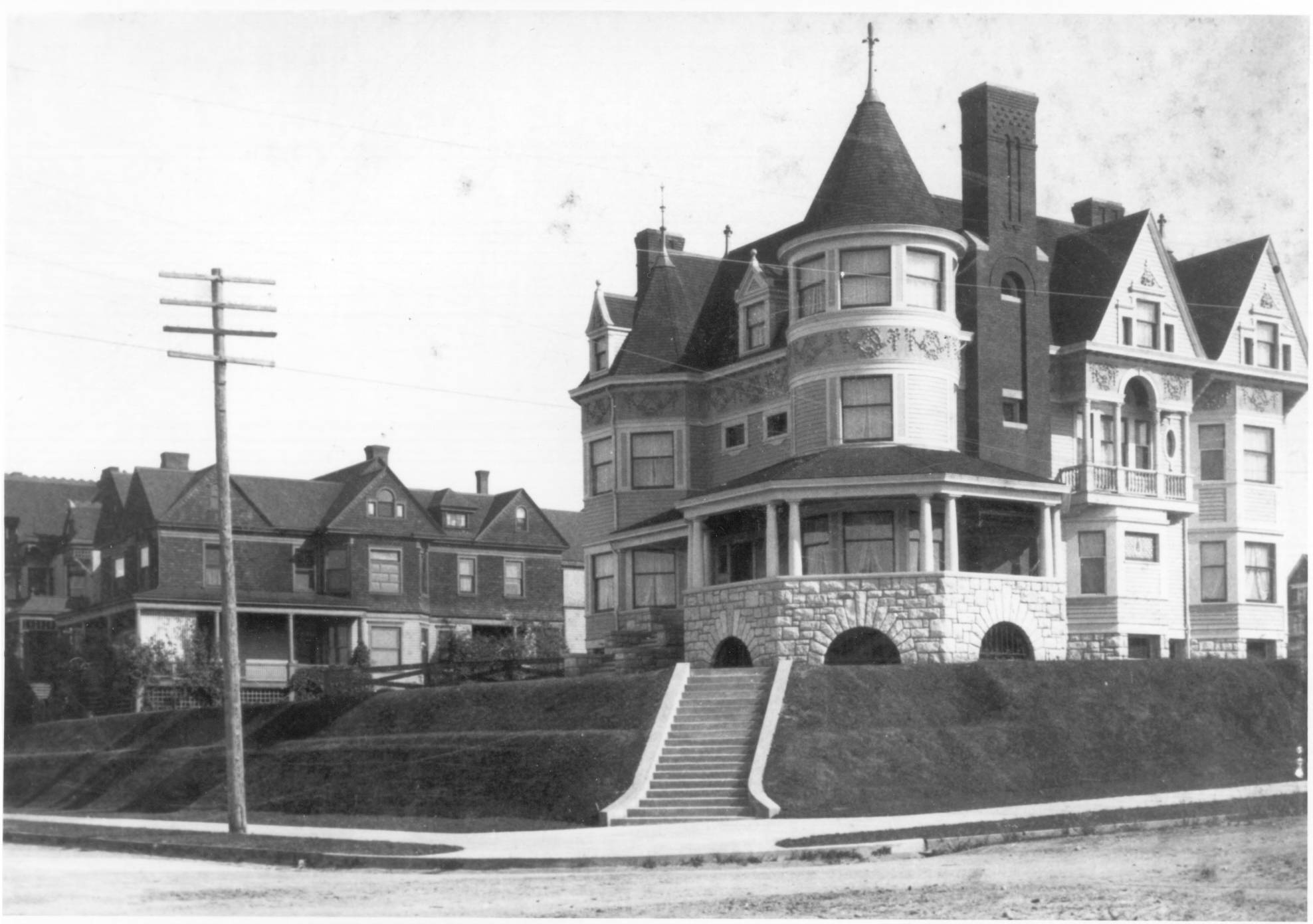 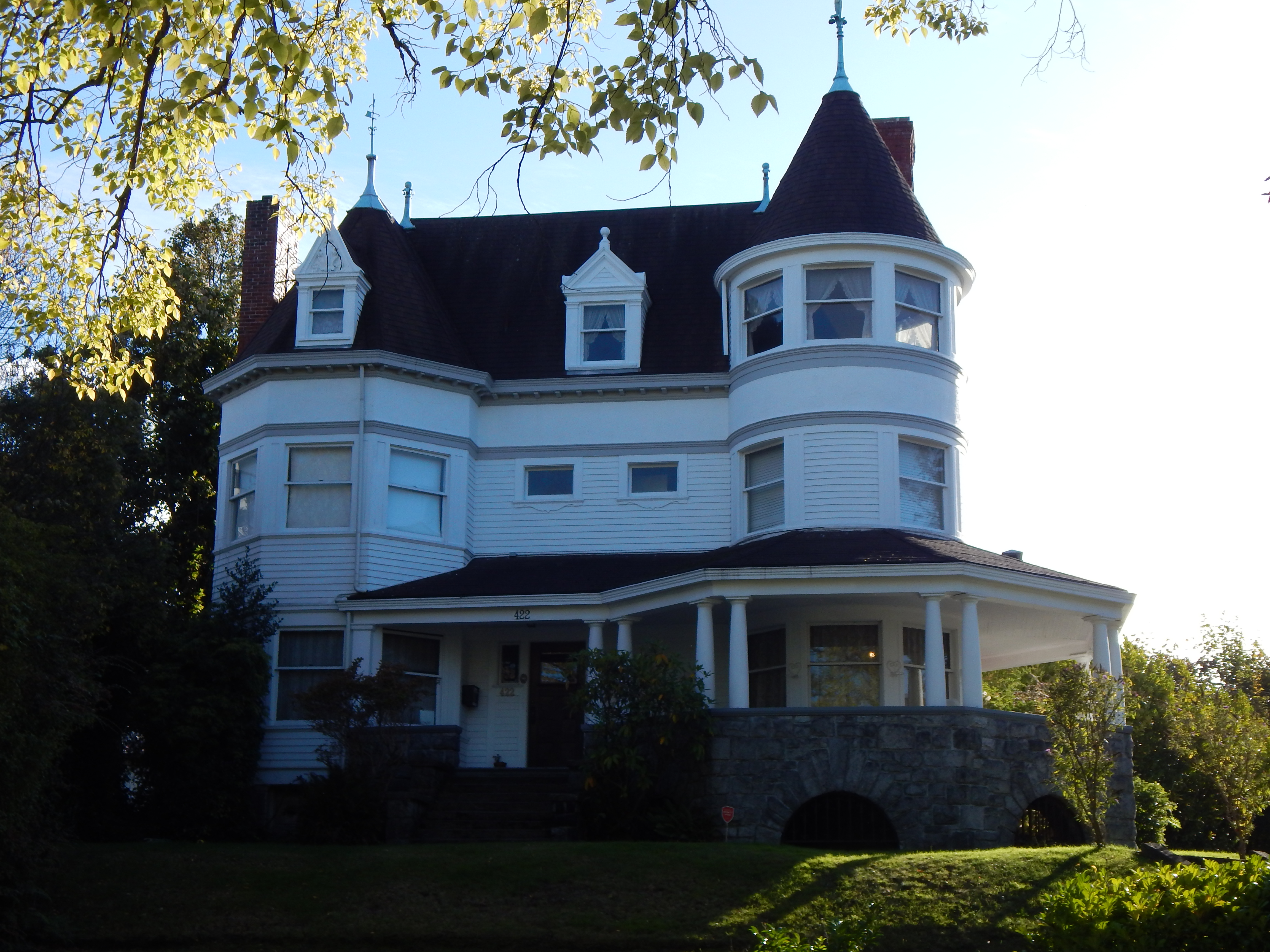 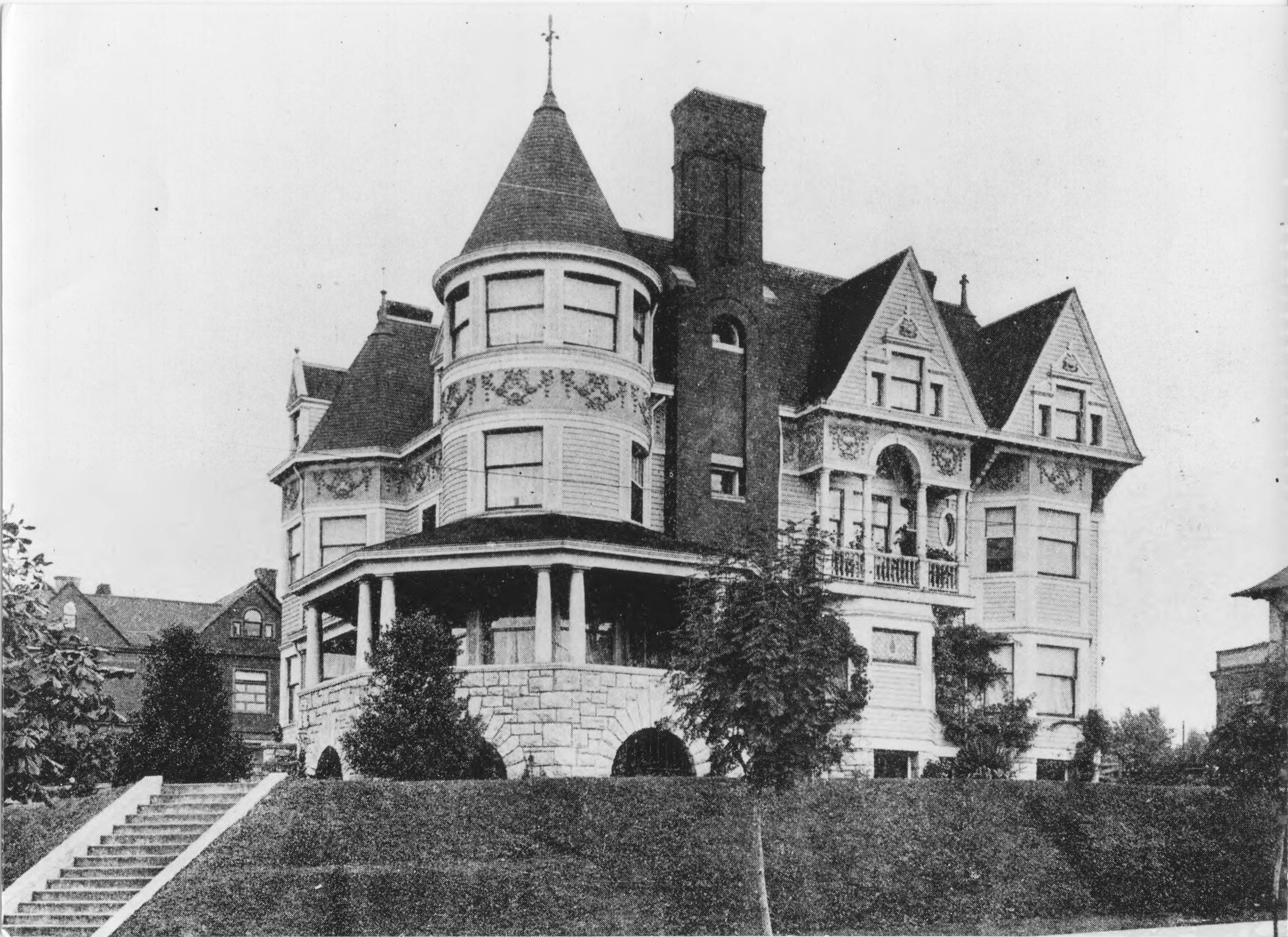 Richard Vaeth was a Tacoma jeweler who began his business in a booth at John’s Pharmacy at 11th & Pacific, now a Starbucks, before eventually upgrading into a full service Tiffany’s-style establishment. He also served as president of the Pacific Coast Gypsum Manufacturing Co. Vaeth was one of the first Tacomans to own a car, for which he ordered a custom concrete garage built in 1906, complete with private gas tank and pump. To inspire additional envy in his neighbors, he was famously pictured sitting in his new 6-cylinder Ford Model K in front of the garage in the Tacoma Daily Ledger on July 1, 1906.

Vaeth’s two daughters, Hilda and Rhoda, were both married in the drawing room. Hilda’s wedding to Henry Hewitt Jr. was described in the Daily Ledger of July 31, 1910 with the words “Thousands of starry marguerites blossomed in high clusters in the corners…” The May 13, 1917 wedding of Rhoda and Vaughn Morrill was, in contrast “an apple blossom wedding and the rooms were bowered with beautiful blooming branches…” Current owners Andrew and Cathy Sarnat purchased the home after falling in love with it during a tour of the neighborhood in 1988. According to architectural historian Michael Sullivan, it was the No. 1 endangered historic property in the city at the time, and there were fears it would be demolished. The Sarnats’ painstaking restoration has brought the home back to life.

On the inside, original oak wainscoting and woodwork line the first two floors. The parlor features a brick fireplace with ornately carved oak mantel, and gives way to the large drawing room and its massive fireplace and three original chandeliers through a wide archway. Wood panel doors lead from the drawing room into the library, with built in leaded-glass bookcases. The living room’s bay window and built in seating overlook the veranda, while the dining room has built in cupboards. The landing upstairs features elegant stained-glass windows, while the upper floors feature a number of decorative windows, including two set into the chimney beneath a Romanesque arch on the western side of the house. The second floor has six bedrooms and a bathroom with original tile floor and claw-foot tub. The third floor originally held the servants’ quarters, a billiards room, and an exercise room.