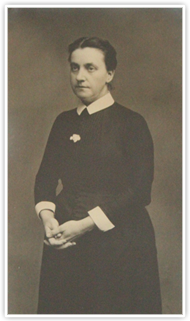 Photograph of the gardens of the Twentieth Century Club. 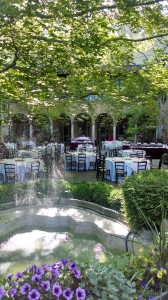 Photograph of the Twentieth Century Club. 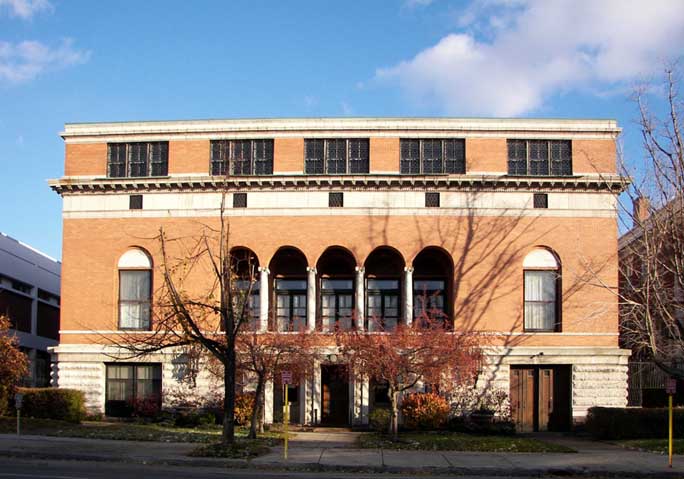 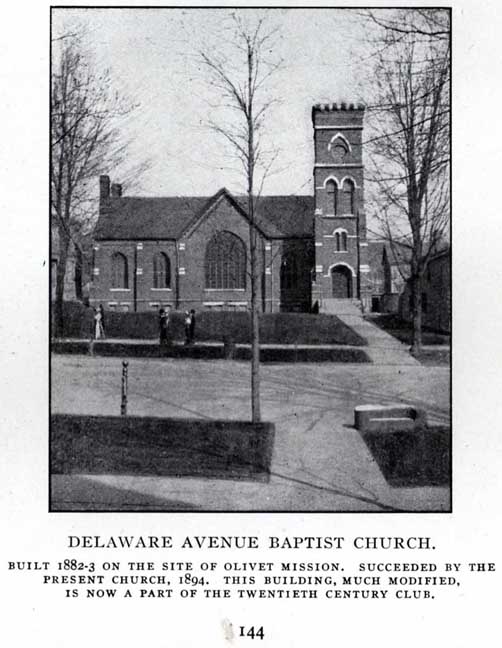 The Twentieth Century Club in Buffalo, New York, officially opened on November 20, 1894, as one of the first private social clubs for women. Buffalo architects Green and Wicks redesigned and transformed the Delaware Avenue Baptist Church into a social club. Charlotte Mulligan, a music teacher and music editor at the Buffalo Courier Express, founded the club as a place that would "create an atmosphere where individual gifts would flower" in a time where women did not have many social roles.1 The club's purpose was to serve the interests of education, literature, and art. The Club's motto became Facta Probant, meaning "Let deeds tell."

As the Twentieth Century Club continued to grow, Green and Wicks were again hired to create a new clubhouse, which stands today.

Green and Wicks created an elegant three-story building designed with great dignity and charm. Built on grand old Delaware Avenue, once Buffalo’s street of dreams, the Twentieth Century Club is a bel canto aria to space, light, decorative art, and classical decorum. The Indiana limestone and pressed brick façade is balanced by graceful terra cotta cornices and blue marble Ionic columns on the second story, while the wrought iron side entrance gates are echoed in the intricate grillwork on the third story. The whole effect is pleasing, harmonious, inviting, and perfectly proportioned.1

After a fire in 1923, the clubhouse was again redesigned. Architect Harold LeRoy Olmstead created a garden in the 1930s with a fountain and statue of Ceres.

In the 20th century, the club had numerous notable visitors, such as Mrs. Edith Roosevelt and her daughter, Alice, and Mr. and Mrs. Booker T. Washington. A Wednesday lecture series has welcomed famous figures, like Eleanor Roosevelt, Robert Frost, and Thornton Wilder.

Today, the Twentieth Century Club is the oldest women's club in Buffalo, and the second oldest in the country, next to the Acorn Club in Philadelphia.

Photograph courtesy of the Twentieth Century Club of Buffalo.

Photograph courtesy of the Twentieth Century Club in Buffalo.