Buffalo Gas Light Company Works opened in 1848 on what was then the shores of the Erie Canal and Lake Erie prior to dredging and land reclamation that has changed the shape of the city. The plant turned coal into illuminating light used for lighting city streets, homes, and businesses. The plant's long history speaks to an era when coal and industry went hand-in-hand with commercial development as the nation urbanized and industrialized as it transitioned from the Civil War into the Gilded Age. Though the building was demolished in 2000, the West Genesee Street facade was preserved and the stone structure stands in the foreground against the modern HealthNow New York building, a physical manifestation of the transition from coal to health science as an economic driver. 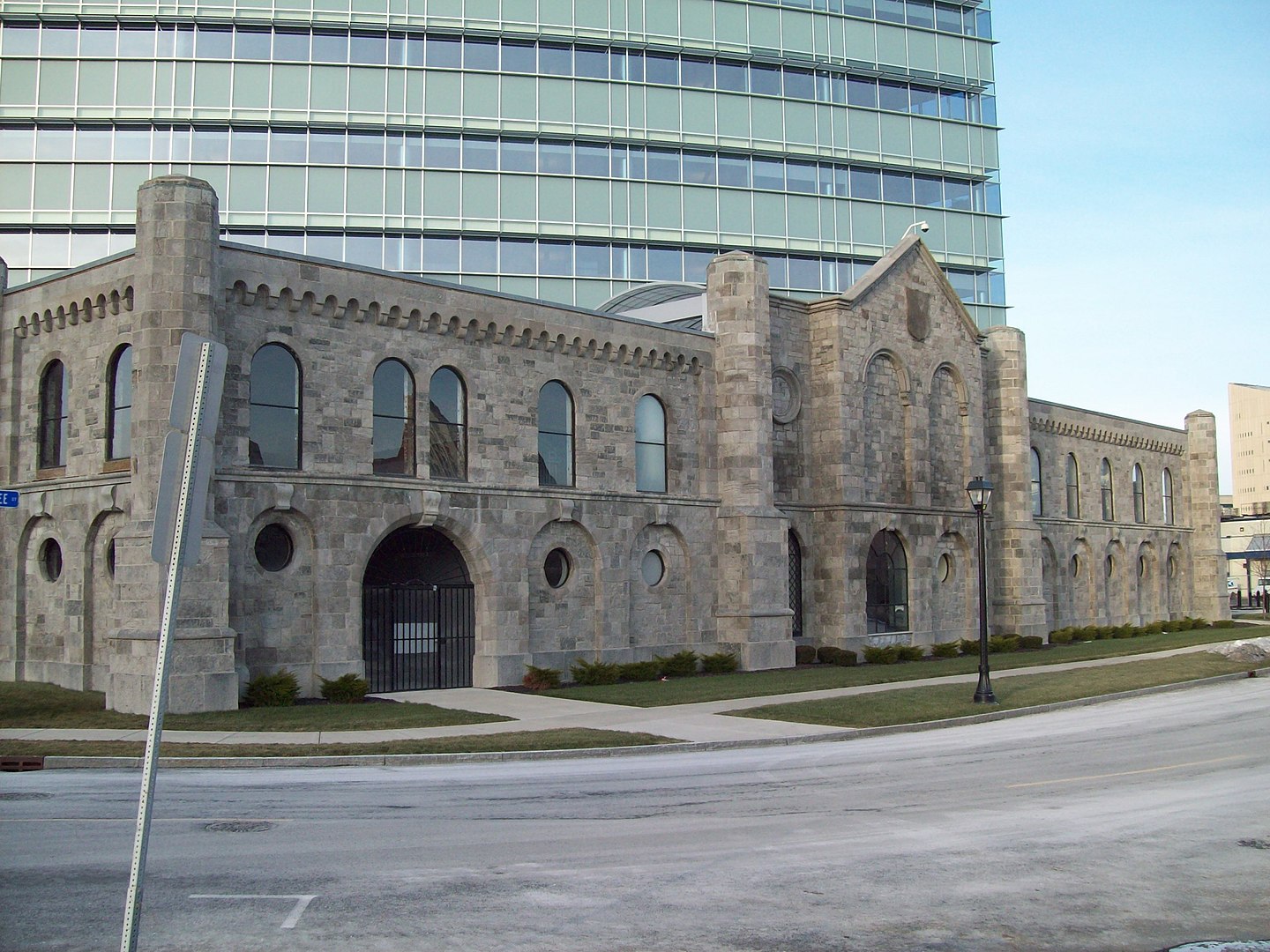 An ornate, stone storefront from the Buffalo Gas Light Company survives as a reminder of a time when the Erie canal allowed Buffalo to flourish, and when the city relied on coal before transforming the Niagara into hydroelectricity during the late 1890s. In 1848, Twenty-three years after the Erie Canal completion, the Buffalo Gas Light Company opened, located dually on Lake Erie and the Erie Canal. From both waterways, ships docked at the gas company and unloaded its coal. The building's facade stands as a monument to an era in U.S. history dominated by coal, industrialization, urbanization, class divide, and immigration.

The Erie Canal opening had a profound effect on Buffalo in terms of a population, economic, and construction boom. Buffalo served as the western terminus of the Erie Canal and a midpoint between New York City and cities along the Great Lakes, including a growing Chicago during the nineteenth century. The canal led to increased shipping, which resulted in a marked increase in steamboat construction during the 1840s and '50s, just as the Buffalo Gas Light Company opened for business. However, by the 1870s, shipbuilders transitioned to creating ships specifically designed to navigate the canals and Great Lakes while also transporting coal and grain.

So, to see the Buffalo Gas Light Company's remains is to get a glimpse of an era when waterways functioned as industrial highways and coal served as a coveted resource. Indeed, much like the remains of the Roman Empire survive in Rome today, which speaks to an entirely different era and culture, the Gas Light Company's remains symbolize a notable time in U.S. history when coal catalyzed a remarkable change in the U.S. economy. The prevalence of family farms, craftsmen, and small-scale enterprises of the mid-nineteenth century quickly gave way to giant corporations by the early twentieth century. The industrial growth led to a striking alteration in class structure marked by struggling (and often dying) coal miners and railroad builders versus wealthy industrialists -- the essence of the Gilded Age.

The Gas Light Company took the coal and manufactured it into illuminating gas, which lit the city's streets, homes and, commercial buildings. Though most of the historic building has been razed, the facade that remains demonstrates the value Buffalo has attached to the once-prominent coal manufacturer. Buffalo's first architect, John H Selkirk, is credited for designed the Romanesque facade in 1859. The building's prominent feature consisted of a 250-foot façade, constructed of ashlar stone. Of course, several changes occurred since the building opened in 1848 (besides its razing). The shoreline's present location, which no longer hugs the building, exposes the degree to which the waterfront has been filled since the mid-nineteenth century. The building, too, demonstrates the changing cultural needs of a community, notably one famous for its early widespread electricity usage. Indeed, instead of relying on coal and the two nearby waterways, Buffalo reaped the benefits of the hydroelectric power generated near Niagara Falls. The historic building's remnants are now dwarfed by the modern building that functions as the headquarters of HealthNow New York; they purchased the land in 2004 and moved into the new building in 2007. Still, the contaminates of the coal manufacturing remain embedded in the soil underneath.