The Guaranty Building, or Prudential Building, opened in 1896 during a time of population, construction, and economic expansion as the city grew to become the nation's eighth largest city. Chicago-school architects such as Louis Sullivan and Daniel Burnham headed many architectural projects in Buffalo, with the Prudential Building serving as one of Sullivan's last skyscraper projects. Its emphasis on ornamentation -- a staple of Sullivan's work -- included several natural-world features such as flowers and tree branches. Work such as the Prudential Building influenced Frank Lloyd Wright, a Sullivan's protégé as they both developed the Prairie School movement.

1896 Photo of the Prudential Building 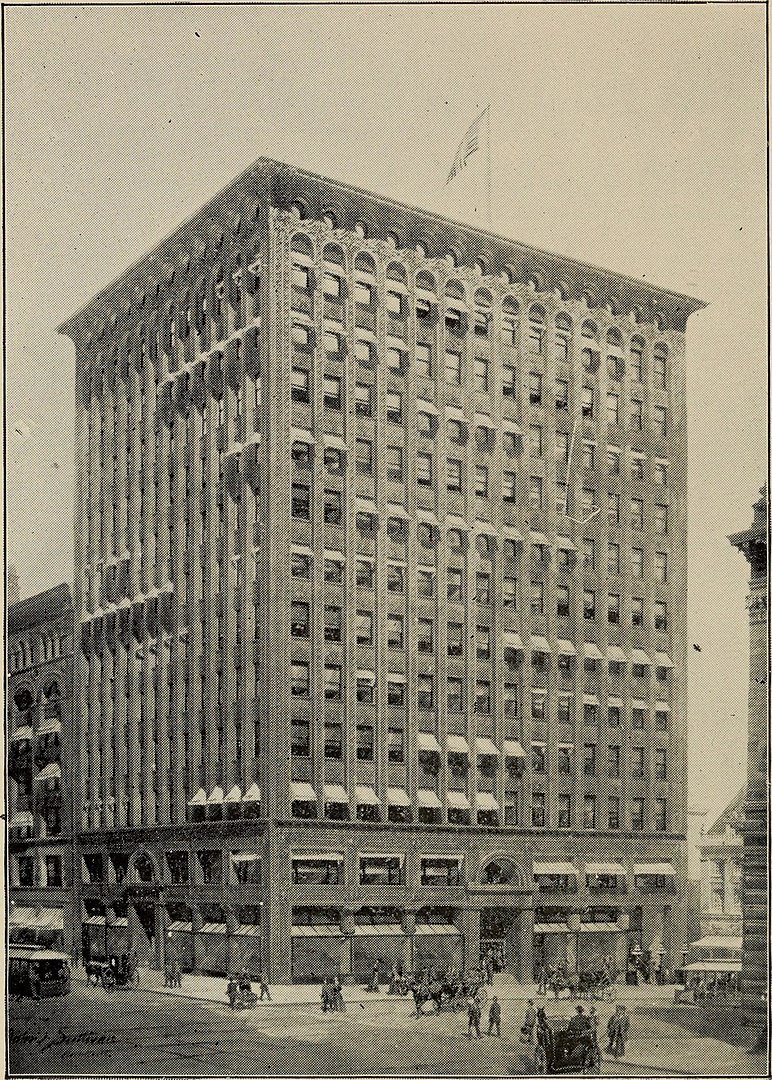 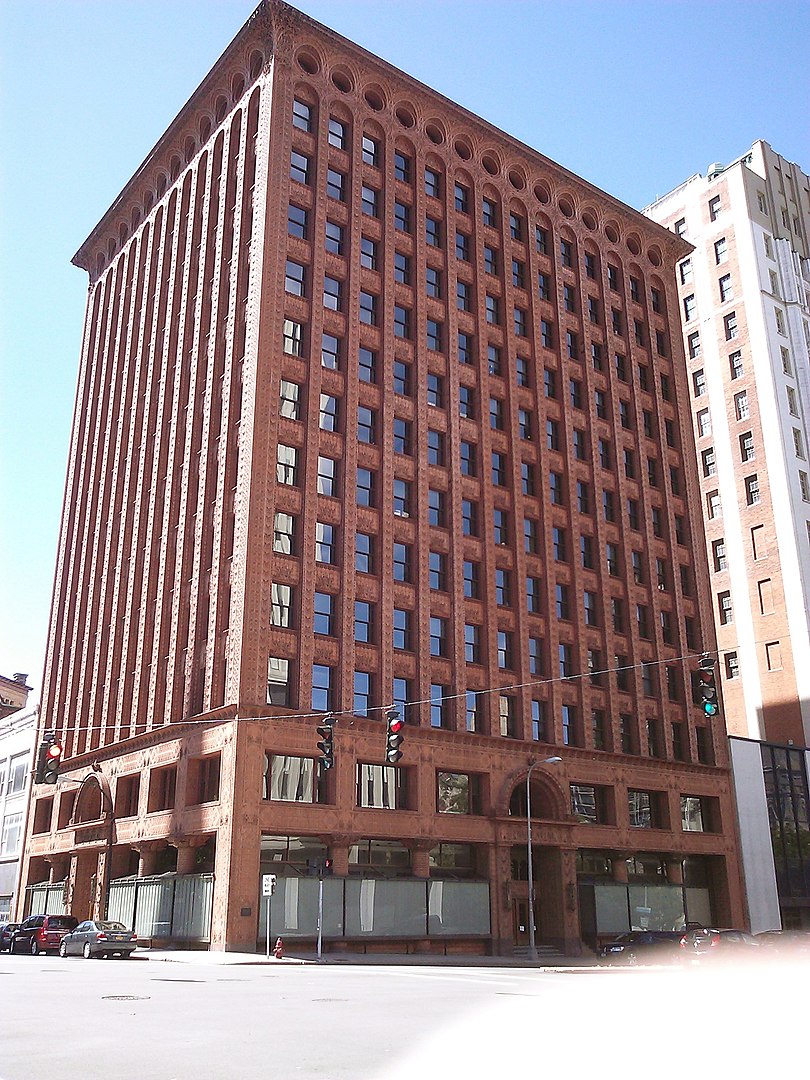 Buffalonian entrepreneur Hascal T. Taylor initiated the Prudential (or Guaranty) Building project, which he had intended to call the Taylor Building. He chose a central business location and planned to offer modern amenities to draw professional tenants, such as insurance agents and lawyers. However, Taylor passed away shortly before construction began. Thus, Guaranty Construction Company ultimately took on the project alone. When finished in 1896, it garnered attention for its avant-garde design, provided by the acclaimed Chicago-School architect Louis Sullivan. It survives as a reminder of a period of expansion for Buffalo in population, economics, and both commercial and residential construction.

The completion of the Erie Canal in 1825 connected New York City to the Great Lakes via Buffalo, helping the city grow into the hub of Western New York. (The canal gave the city a boost, but the railways also arrived during the mid-nineteenth century.) Buffalo's population grew throughout the century, especially after the Civil War, rising from just more than 80,000 in 1860 to 352,387 by 1900. Buffalo ranked as the nation's eighth-largest city in 1900 and supported more than sixty millionaires, a veritable hot spot for Gilded-Age entrepreneurs. The Prudential Building arose during a period in the late nineteenth century when Buffalo enjoyed a healthy building boom in its downtown region, and one year before the city harnessed the power of its nearest organic machine, the Niagara Falls, to provide Buffalonians with abundant electricity.

The building proved to be the last collaborative effort of the two renowned Chicago-School architects, Dankmar Adler and Louis H. Sullivan. Four years before completing the Prudential Building, they designed St. Louis' Wainwright Building in 1891, which effectively served as an ipso facto prototype for the Prudential Building. The Prudential Building focuses on ornamentation with its terra cotta exterior that covers two exterior facades. Sullivan chose to celebrate the building's verticality with noticeable piers between the windows that form powerful vertical lines that draw the viewer's eyes upward towards the dominant cornice.

Sullivan also refrained from showcasing the steel as many did during the late nineteenth century. Instead, he aimed to connect the building with the natural world seamlessly. Inspiration for the ornamentation consisted of flowers and seed pods and tree branches, located at the top of the structure. The Prudential Building marked the start of a unique architectural style unique to the U.S. that heavily influenced Frank Lloyd Wright. He worked for Adler and Sullivan before starting his heralded career and routinely remarked on Sullivan's brilliance.

Though it opened as the Guaranty Building, the Prudential Insurance company became its principal occupant by 1898. Thus, the building name changed to the Prudential Building. The building suffered during the Great Depression and deteriorated mightily throughout much of the twentieth-century. A fire in 1974 worsened the state of the building, damaging the interior. Investors purchased the building at an auction after the fire and planned to demolish the landmark, but that plan never came to fruition. In 1982, a $12 million restoration project gave the building new life. Its current occupant, the Hodgson Russ law firm, enjoys its own rich history, having operated in Buffalo since 1817. After purchasing the building in 2002, the law firm spearheaded the building's most aggressive renovation project (in several stages) which now includes an open-to-the-public interpretive center on the first floor that details the building's history.