Planning for this historic civic building occurred during the late 1920s and construction started roughly a month before the 1929 stock market crash. The building is notable for its Art Deco style that grew exceptionally popular during the 1920s. The building opened in 1931, but the official commemoration took place in 1932 during Buffalo's centennial celebration. The interior and exterior are adorned with artwork that details much of the city's history and culture. Visitors can view the city and surrounding areas from its 28th-floor observation deck, located 300 feet above the city. 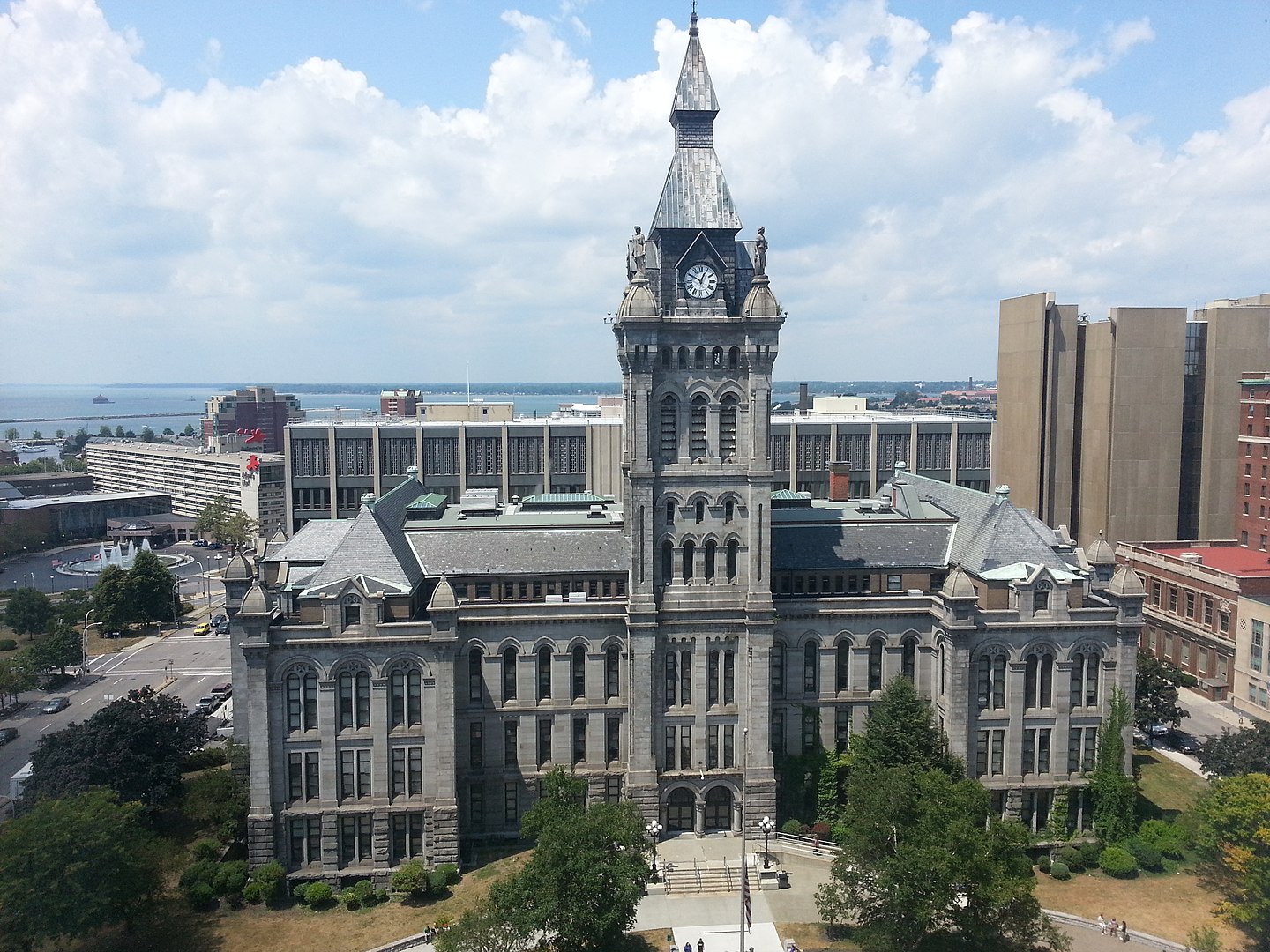 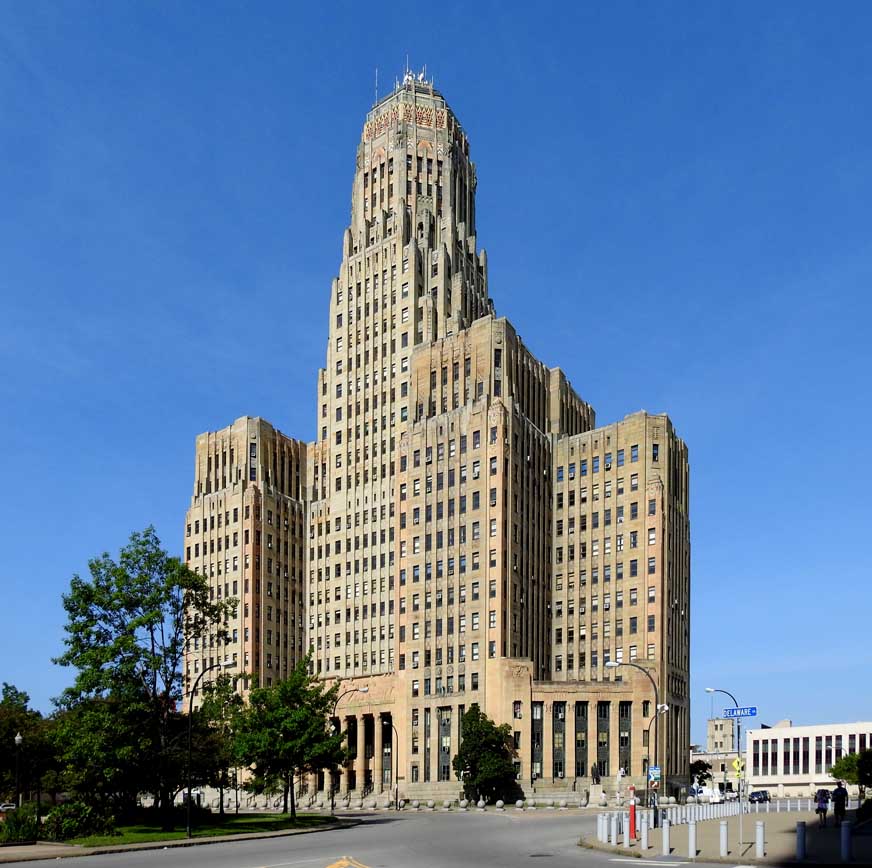 Finished in 1931 by the architectural firm of Dietel, Wade & Jones, Buffalo City Hall serves as the seat for municipal government in the City of Buffalo, New York. The Art Deco, thirty-two-story (nearly 400-foot-tall) building stands as one of the largest and tallest municipal buildings in the United States and is also one of the tallest buildings in Western New York; it stood as Buffalo's tallest building until 1970. The structure survives as a reminder of the booming economy and optimism of the 1920s demonstrated by the popular Art Deco style of the decade, which reached its zenith during the first year or two of the Great Depression.

The origins of Buffalo City Hall date back to 1851 when the city purchased property on the now-historic lot and used it as the offices for the Mayor and city officials. Still, construction on the much grander building had to wait until the 1870s. The building, now known as the County and City Hall, opened in 1875 and featured three floors and a seven-story clock tower. The City of Buffalo and Erie County maintained offices in the building. By 1920, the city population had quadrupled, which pushed the city council to pursue funding and plans to build a new structure. Yet again, it took some years before that plan came to fruition (mainly because a 1922 decision to host a contest for the best architectural design never materialized, which created a four-year delay in planning). The city chose Niagara Square to build the now-historic City Hall because of its central location and the view it would provide. Construction arose during the height of American optimism on September 16, 1929, a mere few weeks before the infamous stock market crash and subsequent onset of the Great Depression. The city offices moved into the new structure when it opened in 1931, while Erie County remained in the old building constructed in 1875. Dedication of the building waited for the next summer, taking place during Buffalo's centennial celebration on July 1, 1932.

The Art Deco design building proved popular during the 1920s when the economy boomed. So, though the building did not get finished until 1931, the Art Deco style stands as a reminder of the booming economy that existed during the planning of the government building. The construction cost amounted to $6,851,546.85 ($116 million in 2020), making it one of the country's costliest city halls. One unique feature consists of its windows, which open inward and can be cleaned without expensive window washers. Another innovation involved its natural air conditioning system; vents placed on the west side captured the cool, prevailing breezes provided by Lake Erie and channeled them through ducts to the cool underground beneath the basement before venting them throughout the building.

The imposing structure has few neighbors making it stand out even more than most skyscrapers. Besides its Art Deco style and place amidst the skyline, the interior enjoys numerous eye-catching details, from artwork and murals to elegant archways to numerous ornate details. Much of the art tells the story of Buffalo's history, including works that showcase the Iroquois Nation and the Erie Canal construction.

Significant renovations to the building occurred from 2006 - 2009, including to its popular observation deck. All can enjoy the good views imagined by the city planners in 1920. Visitors can take an elevator to the 25th floor and then use stairs to the 28th floor to reach the observation deck, which offers 360-degree views of Buffalo from approximately 300 feet above the city. Indeed, on some days, one can see the mist emanating from Niagara Falls.