The Electric Building, or General Electric Building, opened in 1912 and has survived as one of Buffalo's most recognizable buildings. The design resembles the Pan-American Exposition’s Tower of Light, which in turn drew its inspiration from the Pharos Lighthouse in Alexandria, which for centuries stood as one of the Seven Wonders of the Ancient World.The Electric Tower had one primary purpose: promote the use of electricity. Buffalo served as one of the leading urban centers when it came to electrical use, having harnessed the power of Niagara Falls during the late 1890s, but plenty remained without electricity even as late as 1920.

2018 (estimated) photo of the Electric Tower as seen at night 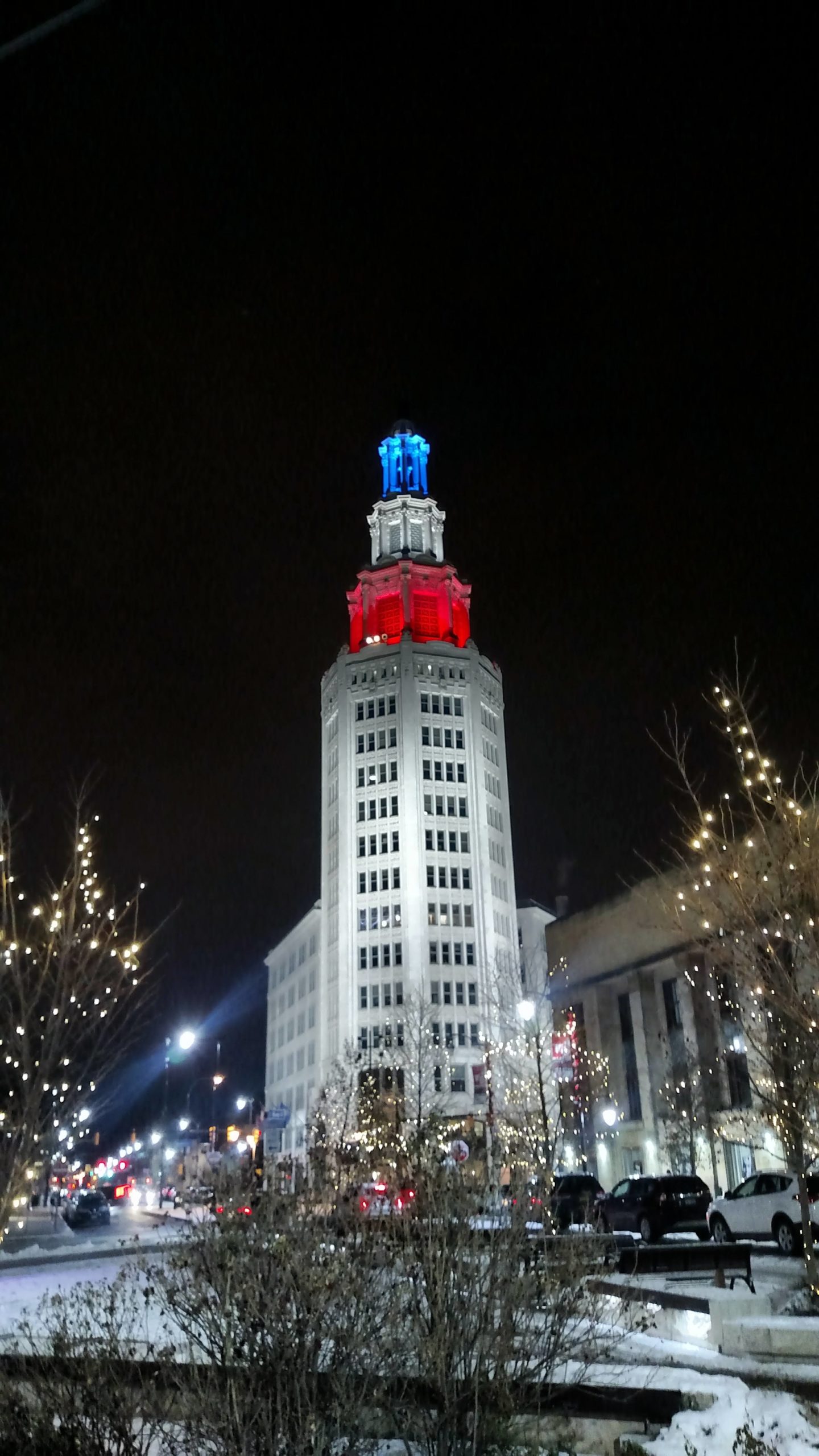 2018 photo of the Electric Tower on New Year's Eve 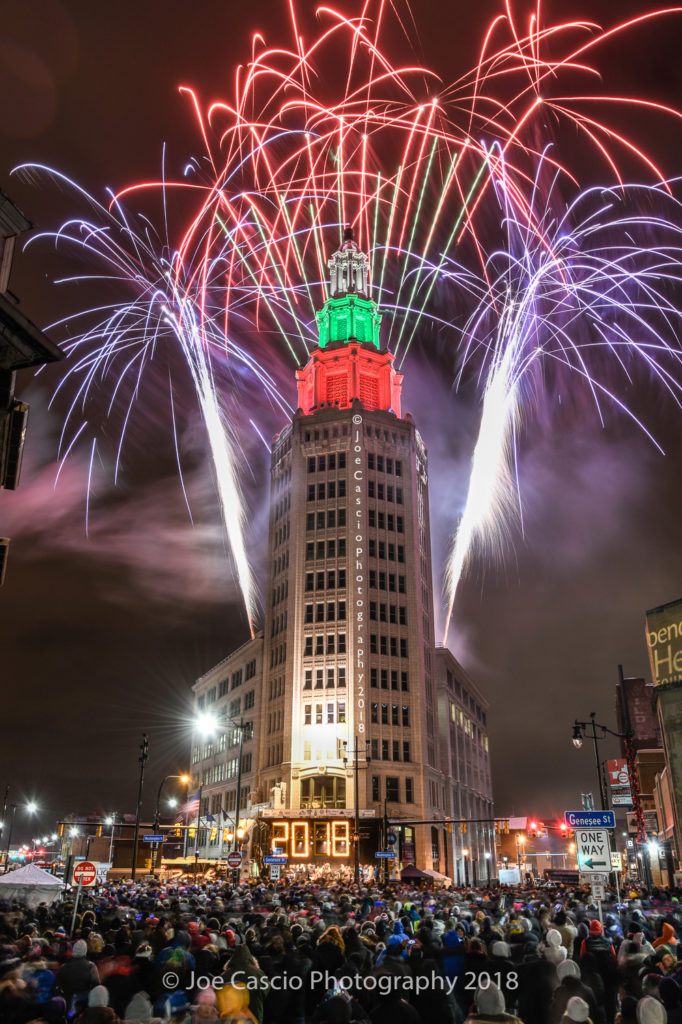 2009 Photo (before it's latest renovations). 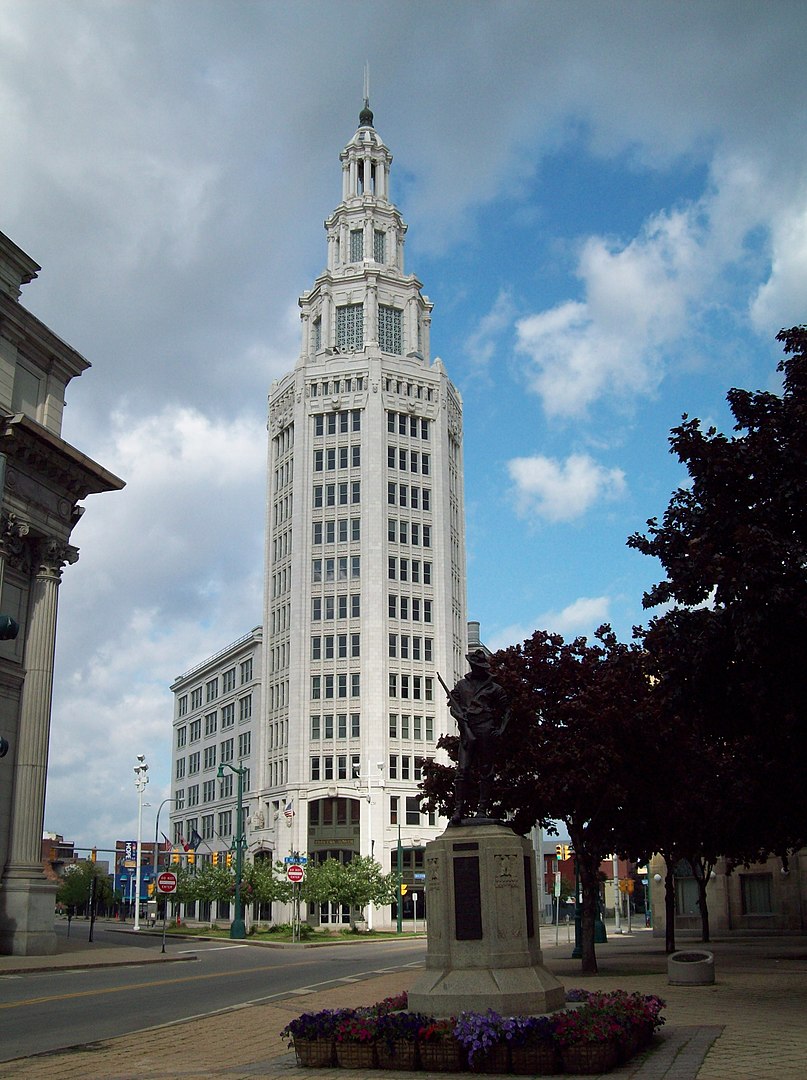 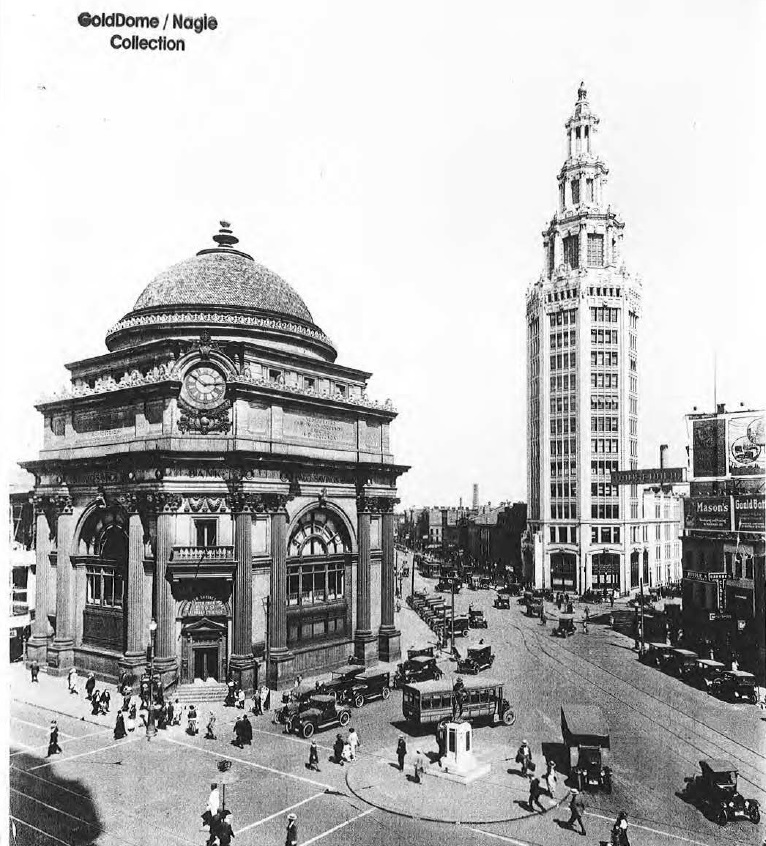 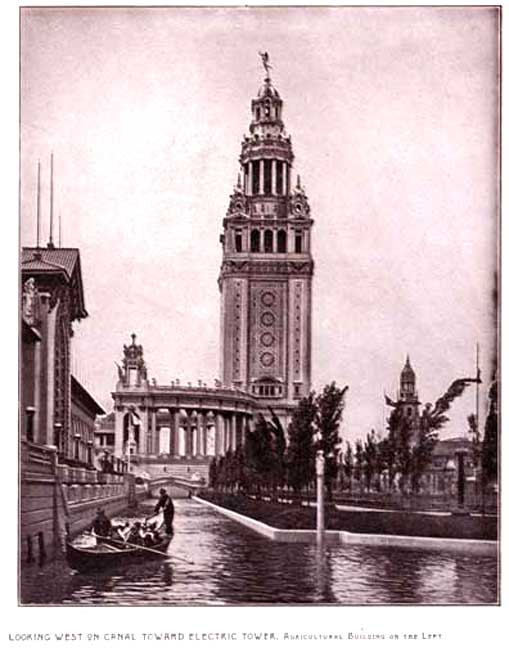 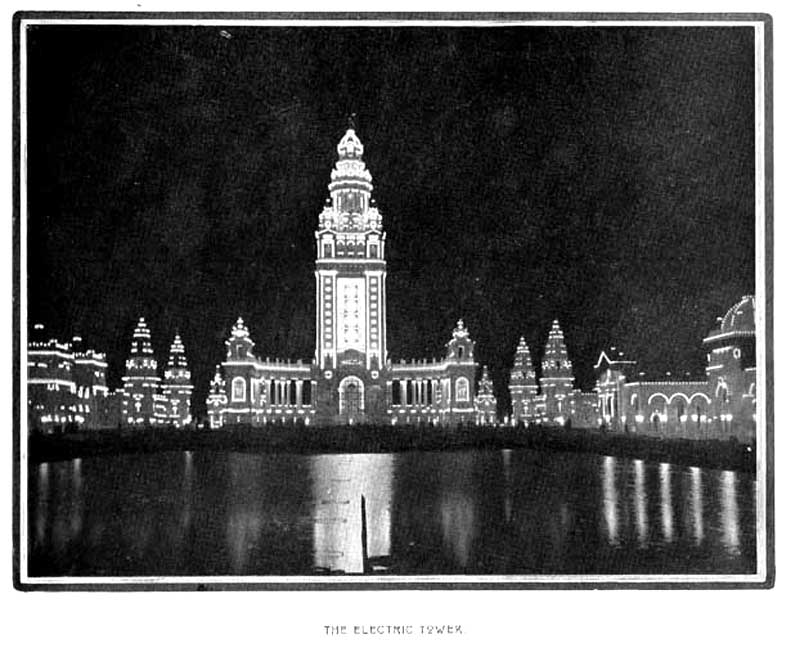 By the late 1890s, Niagara Falls had effectively been transformed into an organic machine, where its power had been harnessed and converted into hydroelectric power -- and Buffalo benefited mightily. The city's early embrace of electric power led to the nickname "The City of Light," notably after displaying the wonders of electricity at the 1901 Pan-American Exposition. A little more than a decade later, The General Electric Tower opened in 1912. The tower resembled the Tower of Light that served as the centerpiece of the 1901 Exposition, which paid homage to the Pharos Lighthouse in Alexandria that for centuries stood as one of the Seven Ancient Wonders of the World. Over time, Western New York's power development helped electrify much of New York State.

The building appears to have been constructed in one piece, but only the tower and a short section on Huron Street existed in 1912. Additions and expansions to the building emerged in 1924 and 1926 as business boomed. The tower sits on land once home to Buffalo's second mayor, Major Andre Andrews, followed by a hotel. The hotel's demolition occurred in 1909 to make way for the fourteen-story (plus three-story cupola) Electric Tower and four-story office and retail wing that opened in 1912. The Buffalo General Electric Company occupied the first flour floors while floors five through thirteen served as tenant office space and the fourteenth floor a men's lounge and steam room. The building also served as a retail center; people visited the tower to buy electric appliances and light bulbs.

In 1930, the Buffalo Electric Company consolidated with the larger Niagara Hudson Power Company. The newly consolidated company subsequently altered the tower from its original Beaux-Arts composition to an Art Deco style. Little changes occurred to the building for most of the twentieth century, although a larger merger of several electric companies in 1950 resulted in the formation of the Niagara Mohawk Power Corporation. In 1992, significant renovation to the Electric Building took place, consisting of restoring the Terra Cotta surfaces and removing the 1930s Art Deco to return the building to its original Beaux Art style. The Iskalo Development Corporation purchased the building in 2004 and consequently undertook a comprehensive, multi-year restoration and renovation of the historic building. The building stands prominently amidst the Buffalo skyline at night because of its brightly lit top tiers. The Electric Tower also hosts the New Year's Ball Drop, the nation's second-longest-running New Year's celebration next to the famed Times Square event.

The tower survives as a reminder of a time when electricity remained a new, fascinating invention. That Buffalo served as one of the nation's most notable examples of an electrified city (garnering the nickname, "City of Lights"), served as a source of civic pride. The city proudly boasted of its electrical prowess at the 1901 Pan-American Exposition and then again with the 1912 General Electric Tower. Although electricity exists as a common resource during the twenty-first century, the building's history and its architectural grandeur continue to make it one of the city's most recognizable landmarks.

White, Richard. The Organic Machine: The Remaking of the Columbia River. New York: Hill & Wang, 1996. The term "organic machine," found in the first paragraph of this entry, comes from White's ideas in his book about the Columbia River (another body of water used as a significant source of hydro-electric power).

By Pubdog (talk) - Own work (Original text: I created this work entirely by myself.), Public Domain, https://commons.wikimedia.org/w/index.php?curid=7759058