The Percy Gee Building, primarily the home of the Students Union and the university events hall (now an o2 academy), is one of the oldest buildings on the campus in relation to when Leicester College attained its university status and was opened in 1958 by Queen Elizabeth II and the Duke of Edinburgh. 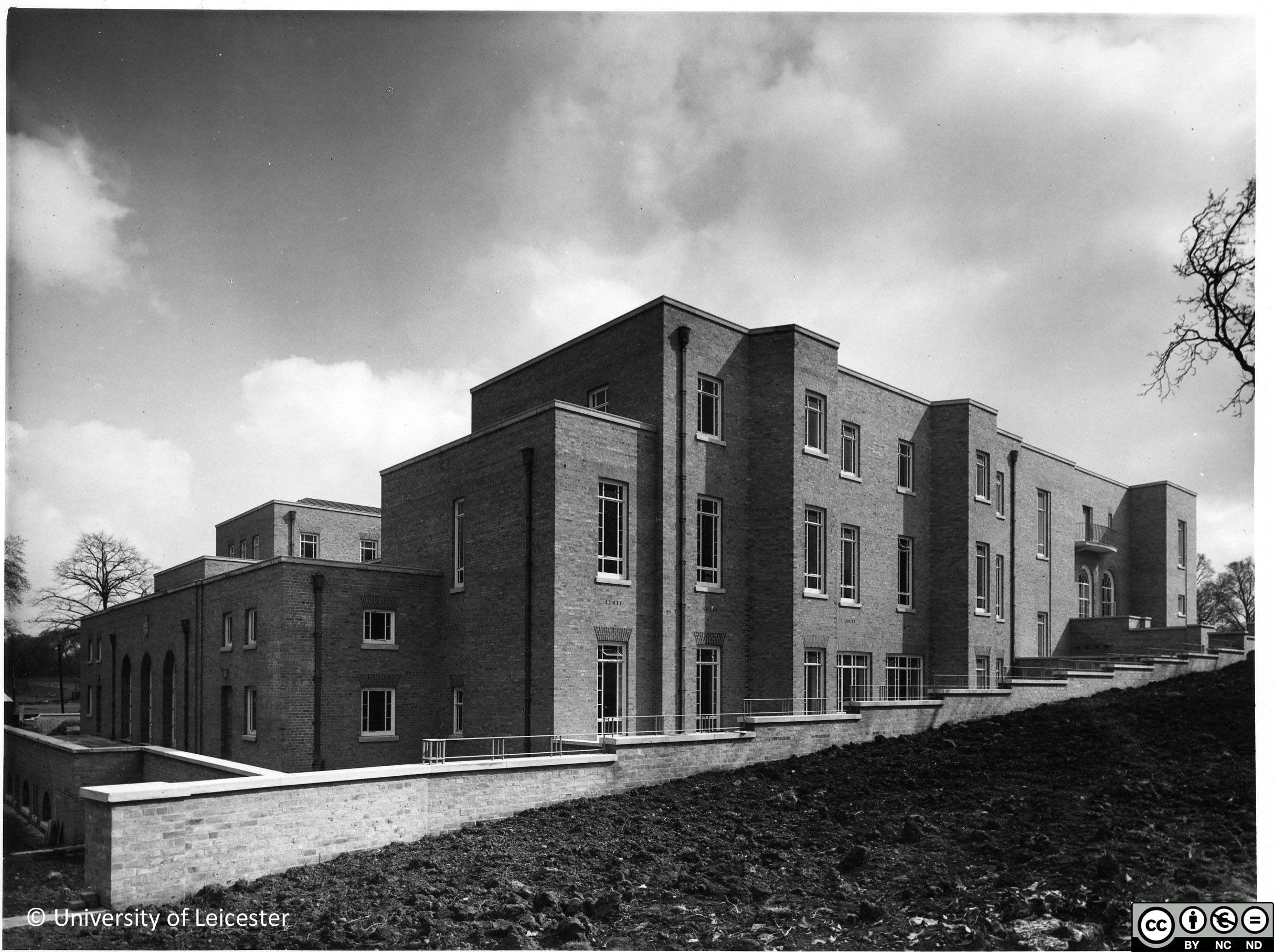 The Santander Bank, a part of the site 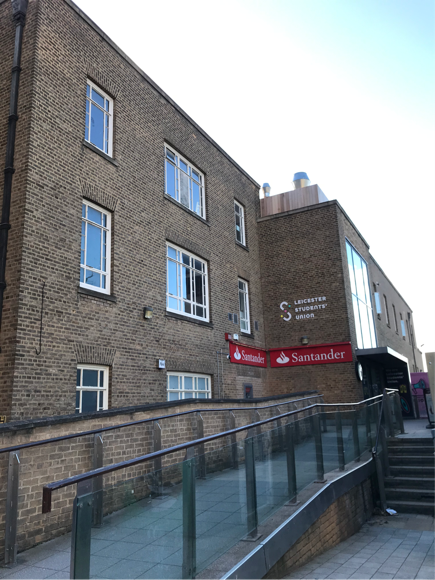 The Exterior of the Percy Gee Building, as it was in 2020 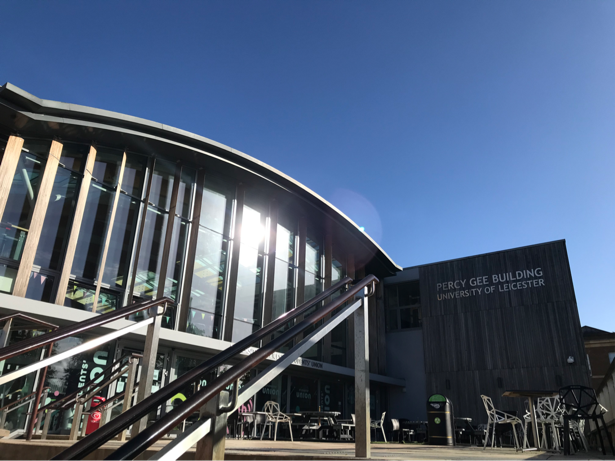 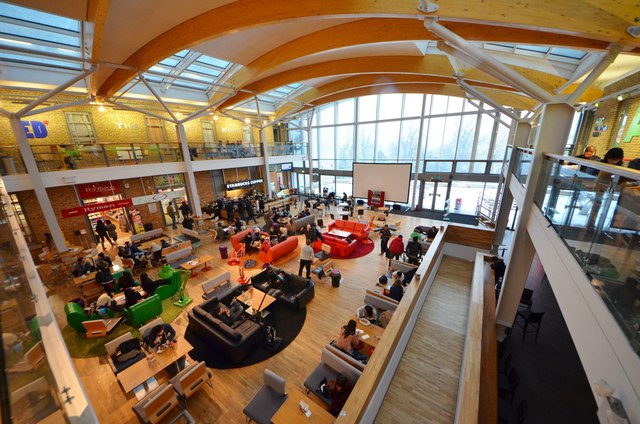 The Percy Gee building, completed in 1958, has acted as a base for the Student’s Union since it’s inception. Within is a large concert hall, now an O2 academy, which can also host lectures, and house other social features for students, such as bars, shops, offices and common rooms. The venue within has hosted a range of artists performing to both students and members of the public from its construction in the 1950s onwards, from the Rolling Stones in the 1960s, to the rapper Dave, who performed in the o2 Academy Last year. The building is named after Mr Percy Gee, CBE, LLD, JD who was Chairman of the Collage Council from 1945 to University status in 1957, when he became pro Chancellor in 1962. Unveiled by the Queen and the Duke of Edinburgh in 1958, the building took the form of a typical academic building of the fifties with the university coat of arms over the doorway. However, this all changed in February 2018 when the university began a significant redevelopment of the building’s façade, as well as a massive extension of the East wing to meet the new Feilding Johnson Square. These developments include a brand-new food court that contains a Starbucks and a variety of food stalls from different cultures with an additional doubling of the the amount of learning spaces and a new informatics labs.

Lyons. A, 'The Percy Gee Building'. From 'The Architecture of the Universities of Leicester' Anchor Print Group Ltd.

The University of Leicester, 2020. 'The Percy Gee Building'. Available at: https://www2.le.ac.uk/students/campus-development/percy-gee-building