2010 photo of the First National Bank Building in Ann Arbor 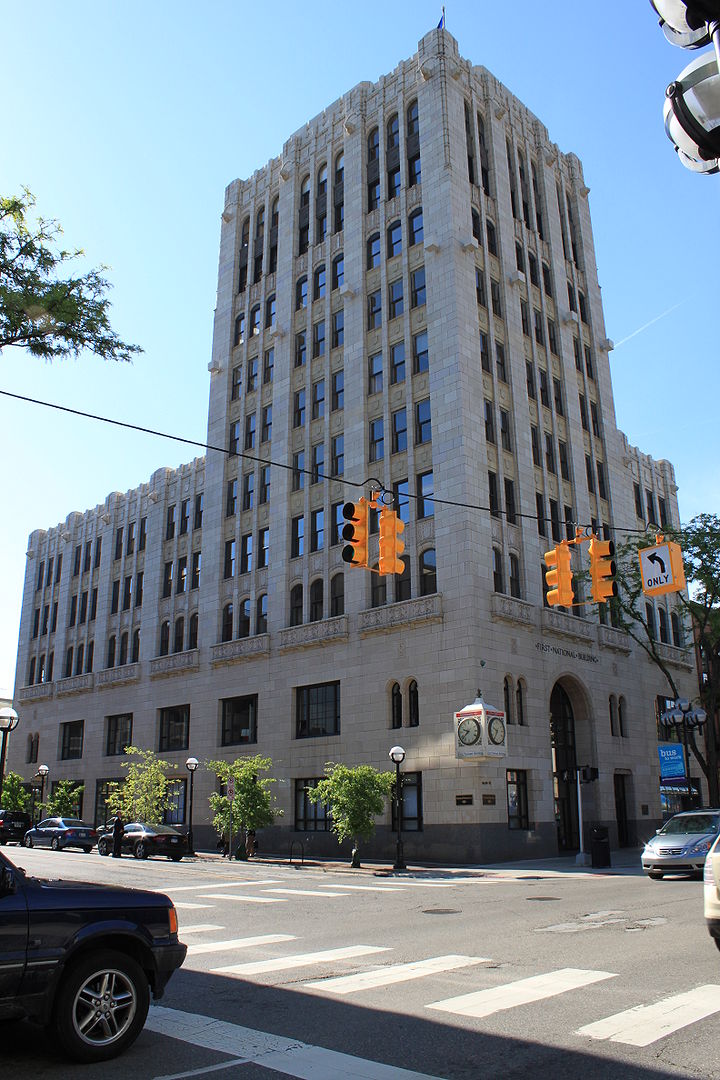 1950 photo of the First National Bank Building in Ann Arbor

1930 photo of the First National Bank Building in Ann Arbor 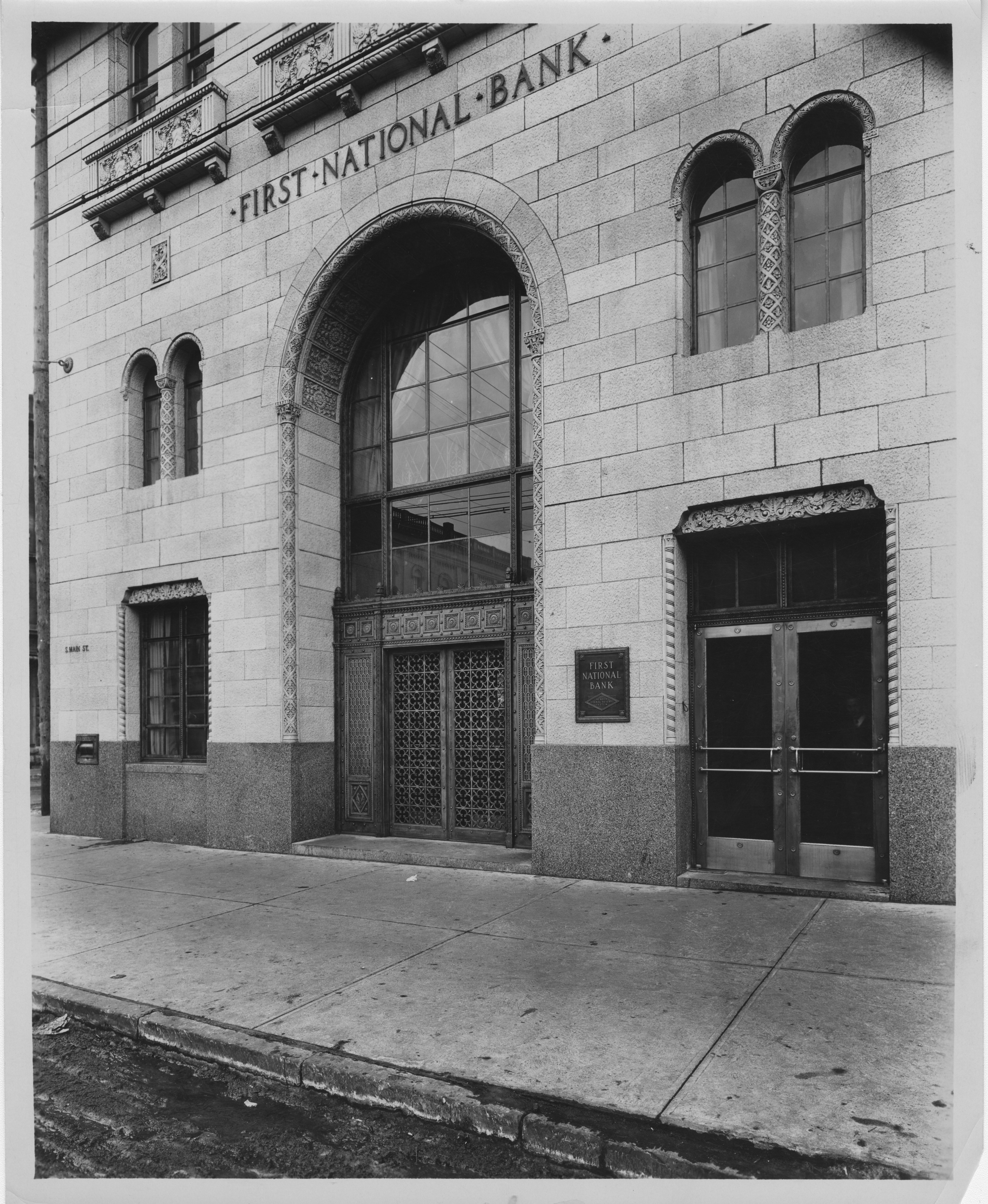 Built between 1927 and 1930, the ten-story First National Bank Building stood as Ann Arbor's tallest and most prestigious office building at the time of its construction. Since then, it has remained a visual landmark. The First National Building personifies 1920s office tower architecture -- Ann Arbor's only example, with its steel-frame construction, non-load-bearing exterior walls, and sophisticated Italian Romanesque detailing. The bank's success and the building construction spoke to the 1920s economic boom and served as a source of civic pride; nearly 5,000 people attended its official opening in 1929. However, the onset of the Great Depression shortly thereafter ushered in difficult times for banks; the First National Bank vacated the building in 1936.

Designed by Ann Arbor architects Fry and Kasurtn, the building initially housed the First National Bank and eight floors of office space primarily occupied by prominent professional firms. The building dominated the Ann Arbor skyline for more than three decades. Floodlights illuminated the tower during its early years, which allowed it to serve as a visual focal point for Ann Arbor. After the Great Depression and World War II, new commercial development never again returned with any vigor to Main Street; most housing and commercial development arose at the edges of town. The First National Building stood as Main Street's tallest building for nearly sixty years until One North Main surpassed it in the mid-1980s.

The First National Bank began operating during the Civil War in 1863 after the Federal Government passed the National Bank Act of 1863. Not only did the bank hold the title of Washtenaw County's oldest bank, but it also existed as Michigan's first chartered "national" bank (and the twenty-second in the nation). During the Great Depression in 1936, the bank merged with two other financial institutions and vacated the building. As a result, the lobby eventually transitioned into an office and retail space. Also, the two-story main entrance was closed as builders constructed a new storefront at the corner of the building.

In 1981, First Martin Corporation purchased the building and renovated it the following year. As of 2020, the company maintains possession of the building, mainly leasing offices to commercial properties. Nevertheless, while its modern function differs from its initial purpose, it stands as a reminder of the disparate nature of the 1920s versus the 1930s, where optimism and a financial boom gave way to severe economic decline. The bank that had been around since the 1860s built the building in the late 1920s after more than six decades of success, only to move out in 1936.

Timeline of Ann Arbor and Washtenaw County Area History including its many Tragedies, Crises, Disasters, and Shocking News. https://davetgc.com/Ann_Arbor_Tragedies.html