1934 Photo of the Wilson-Wahr Mansion in Ann Arbor, Michigan 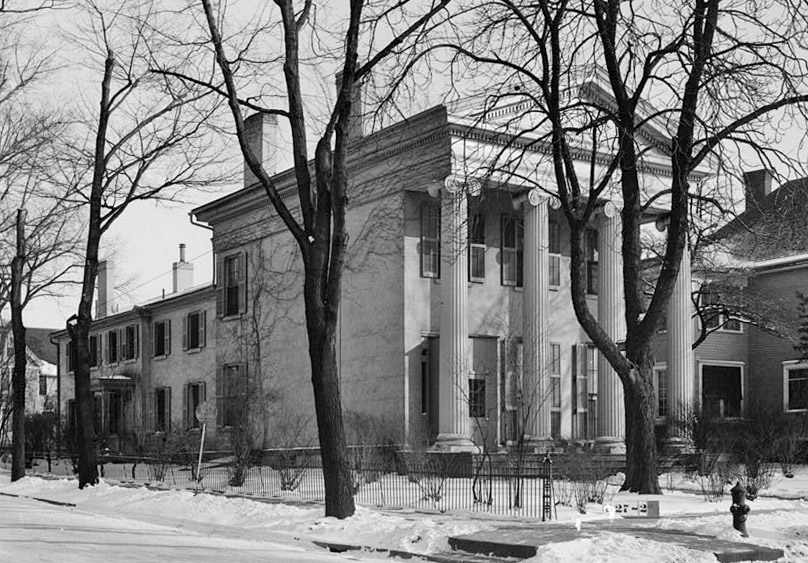 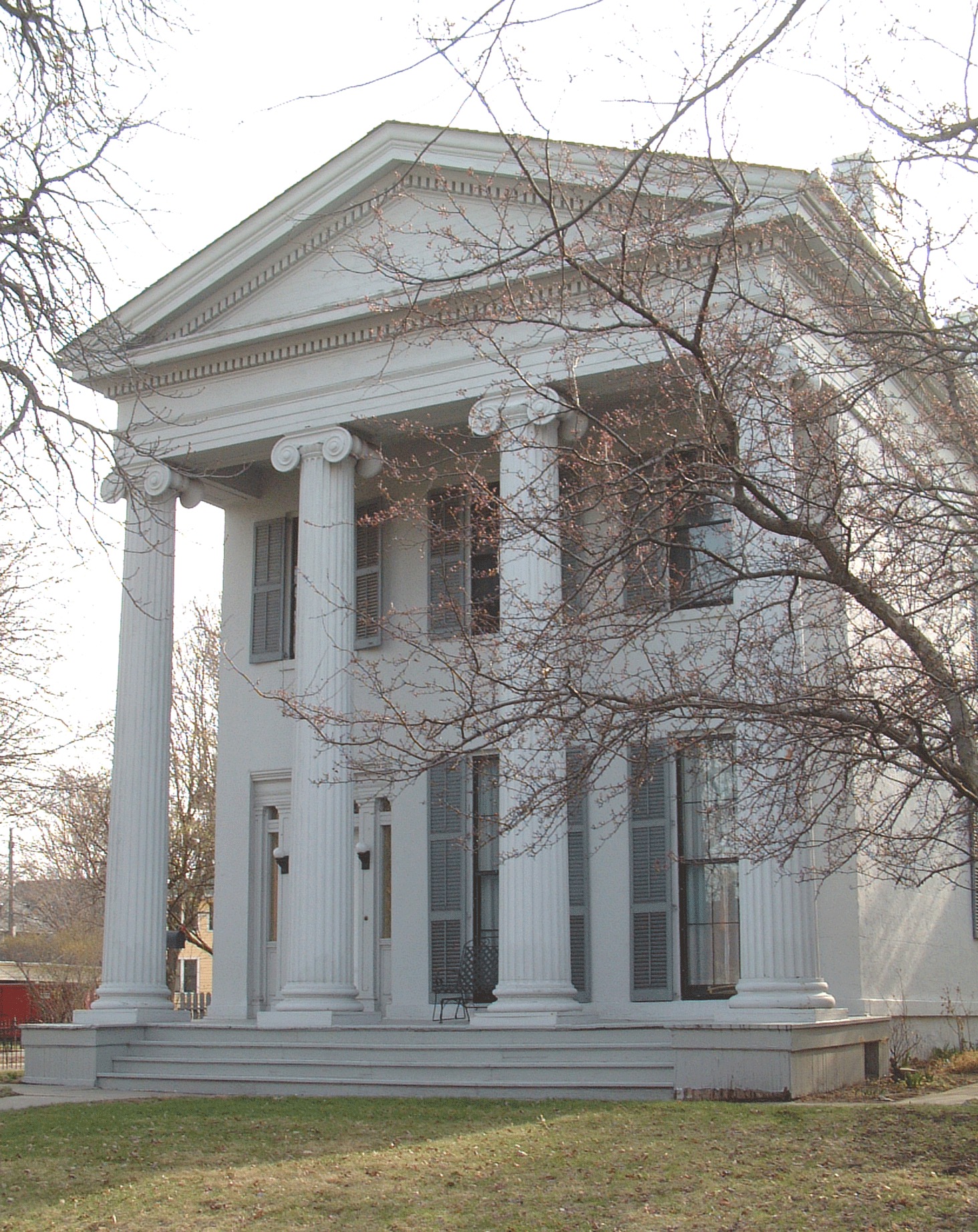 Probate Judge Robert S. Wilson built what is arguably Ann Arbor's most famous home in 1834, with the temple portion (modeled after the Temple of the Wingless Victory at Athens) completed in 1843. The four, prominent columns and extensive grounds and gardens set it apart from most other buildings in the city. Years later, George and Emma Wahr purchased the home - George was a prominent citizen who managed a school bookstore and publishing company.

Wilson moved from New York to Ann Arbor in 1835. He won a seat as a probate judge in November 1836, and then served a single, four-year term. A few years later, Wilson was voted to the Michigan state senate where he served from 1843-44. Finally, in 1850, he left for Chicago and took the position of police justice; he sold his home to John A. Welles, a merchandising and land speculator. The house passed hands until 1892 when successful bookseller and publisher George Wahr, and his wife Emma, won the bid for the home at a tax auction in 1892.

George Wahr was the son of German immigrants who arrived in the Ann Arbor area in 1835. At the age of 14, he took a job clerking at a local bookstore, and he went on later in life to buy that store, first with two partners and finally, in 1887, as the sole owner. Wahr capitalized on his location near the University of Michigan by focusing on selling student supplies and books. But, he also operated a profitable publishing company. His success allowed him to open a second store in 1892, the same year he purchased the now-historic mansion.

Though they bought the Wilson estate, they found the home unsatisfying. So, they instead constructed a new mansion next to the historic house where they lived for twenty years before finally moving into the Wilson mansion. During those two decades, the couple leased the landmark home to sororities and fraternities.

George and Emma passed the Wahr Publishing Company down to their daughter, Nathalie. She also became a lawyer and state representative, which is strikingly similar to the path taken by the original home builder, Judge Wilson.