When Hotel Northland opened on March 21, 1924, it was the largest hotel in Wisconsin. The opening of the hotel was celebrated by residents of Green Bay and city boosters as a symbol that theirs was a growing hub of commerce and industry. The luxury hotel would become a centerpiece of the city as it welcomed guests who came to the city owing to its importance in transportation, timber, meatpacking, and other businesses. A few years before the hotel opened, the city also founded its Green Bay Packers football team. The hotel has hosted NFL meetings, many visiting teams, and official functions for the Packers. Thanks to a substantial historic tax credit, the hotel was restored and remodeled and now operates as a member of Marriott's Autograph Collection. 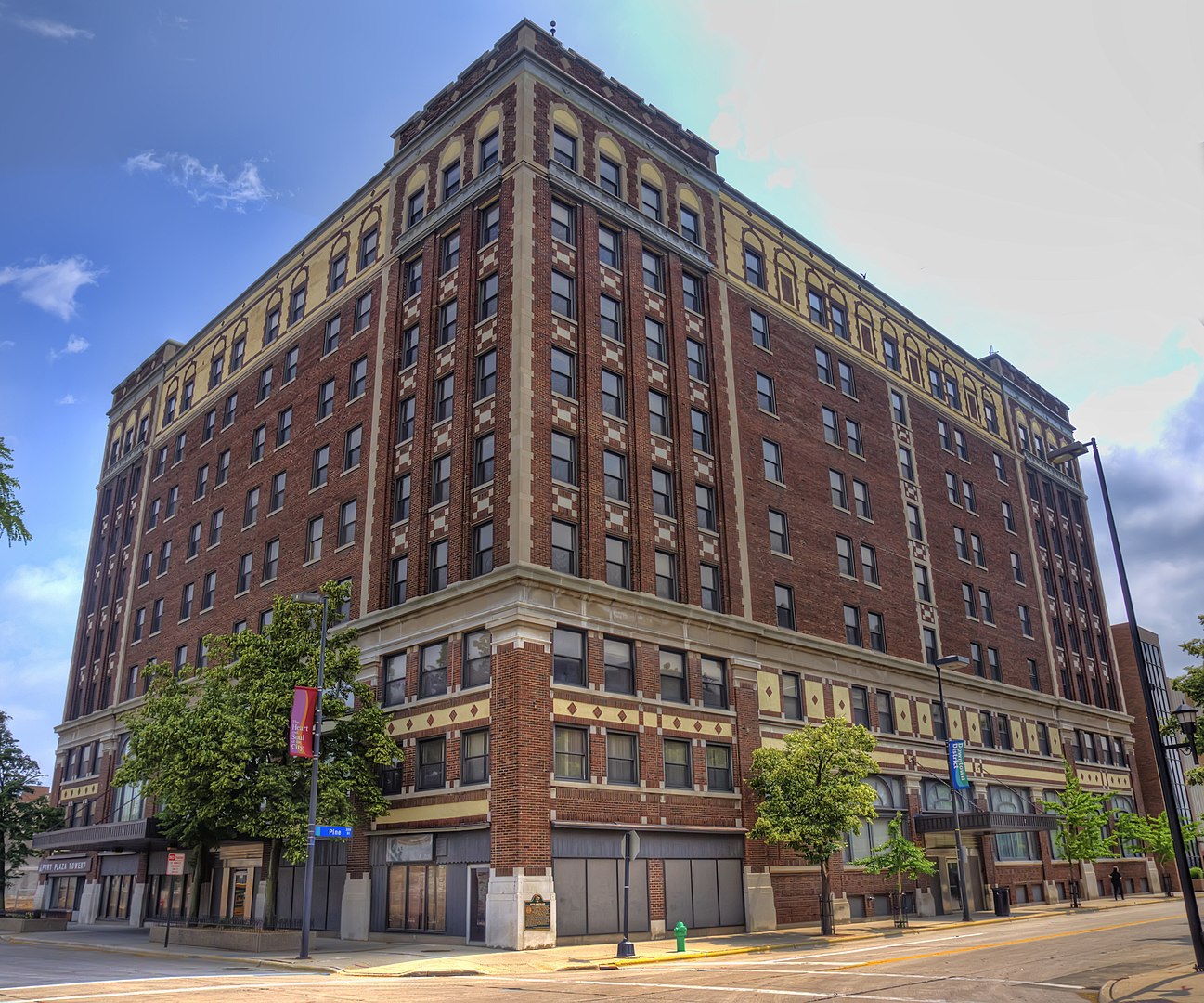 Completed in 1924, the Hotel Northland was one of the largest and most significant commercial buildings constructed in Green Bay before World War II. The hotel provided a visible demonstration of the city's twentieth-century evolution into one of the state's leading industrial hubs. Acclaimed Milwaukee architect Herbert W. Tullgren designed the Hotel Northland, which proved to be a critical addition to the growing chain of Wisconsin hotels built by Milwaukee hotelier, Walter Schroeder, whose collection of hotels became the largest in the state. The Hotel Northland embodied the architectural trends associated with urban commercial hotel construction during the 1920s.

Green Bay followed the pattern of many Midwestern cities transitioning from Native American communities into European and then American cities. Usually located near waterways, urban areas during the seventeenth and eighteenth centuries often functioned as fur trading centers and often strategic locations for forts. As the industrial revolution emerged, speculators often targeted some cities as worthy of investments because of their potential to operate as key water ports and trading centers, which transitioned into railway centers and industrial hubs; Green Bay shares that narrative. After the Erie Canal opened in 1825, investors looked to Green Bay as a spot for which lumber could efficiently be processed and shipped. As a result, migration to the area increased, and the timber industry developed into the city's primary economic driver. Through the late nineteenth and early twentieth centuries, Wisconsin's inland forests annually supplied millions of feet of timber to Green Bay's mills, and then (after processing the lumber) shipped to markets via the Great Lakes. With the timber industry in place, railways felt it necessary to build lines to the city. From 1854 (when Green Bay was incorporated) to 1873, three railways established routes to Green Bay. The timing could not be better because, by the 1880s, most of the timber throughout Green Bay's environs had been depleted. Fortunately for the city, the development of refrigerated railcars allowed Green Bay's meatpacking industry to flourish; Green Bay became a significant Midwest meat processing market. By 1900, an influx of central European immigrants into the Green Bay region helped its population balloon. Moreover, the establishment of a professional football team, named the Packers after its bustling meatpacking industry, increased interest in Green Bay by travelers. (Over time, the lauded Green Bay Packers football team arguably grew into its most significant business).

Green Bay's early twentieth-century economic and population boom, coupled with increased travelers, inspired entrepreneurs and the local government to invest in hotel development. Hotels not only attended to traveling guests but served as hosts to conventions and events, and demonstrated to outside visitors that the city had "matured." Walter Schroeder took an interest in Green Bay and decided to invest in the construction of the Hotel Northland. Upon the hotel's completion, many viewed it as a physical sign of Green Bay's sustained growth and importance. The Northland Hotel also exemplified the increase in chain hotel construction; from 1900 to 1930, chain hotels increased fifteenfold nationwide. Large chains chiefly focused on large cities like New York and Chicago, whereas regional chains concentrated on smaller towns like Green Bay, such as the case with the hotels built by Walter Schroeder.

The nomination to the National Register of Historic Places describes well how the hotel and the Green Bay Packers' story were ostensibly intertwined after the hotel opened its doors. "For over fifty years after its construction, the Hotel Northland served as Green Bay's largest and finest hotel and hosted several prominent dignitaries on their visits to the city including Lon Chaney, Eleanor Roosevelt, John F. and Jacqueline Kennedy, Robert Kennedy, Richard Nixon, Adlai Stevenson, and Eugene McCarthy. As the city's largest hostelry, the Hotel Northland also witnessed the rise in popularity of the Green Bay Packers football team founded in 1919 and being one of Green Bay's primary social centers played a major role in events surrounding the development of Green Bay's popular football culture. The Hotel Northland hosted a National Football League (NFL) conference in 1927 and served as NFL headquarters during three Green Bay-hosted championships in 1961, 1965, and 1967. They hosted a Packers training camp in 1950, and in 1959 was the setting of one of famed Packers head coach Vince Lombardi's earliest press conferences. The Hotel Northland served temporarily as the home of Curly Lambeau, founder of the Green Bay Packers, and several Packers players. The hotel also housed thousands of visiting football supporters, players, and coaches during its operation as a hotel from 1924 until 1972."

Though the hotel went through changes during the later part of the twentieth century, Wisconsin Governor Scott Walker signed a bill in 2013 that provided the hotel with $7 million in tax credits as part of a $35 million renovation project. Construction began in January 2016 intending to return the structure to its glory days as a boutique hotel; it reopened in early 2019 as part of Marriott's Autograph Collection hotel chain.

In short, the hotel stands as a monument to the urban growth and rise of industry in Green Bay during the nineteenth and early twentieth century. As well, the Green Bay Packers' name also speaks to the city's industrial growth, with meatpacking a large part of that story. But, it was the Packers team that eventually proved to be the most popular business in Green Bay, and the hotel proved to be an integral part of that football story.