The Stephen Girard building, now the Hilton Canopy hotel, was built in 1897 and stands on a city block once entirely owned by Philadelphia merchant, banker, and philanthropist Stephen Girard (1750-1831). Although he himself lived on Water Street, Girard invested widely in real estate and on July 1, 1807 he purchased the block bounded by Market, Chestnut, 11th and 12th . Girard originally planned to situate Girard College on this block, but he later purchased a larger property specifically for the school and this site was developed as commercial property to financially support the school. 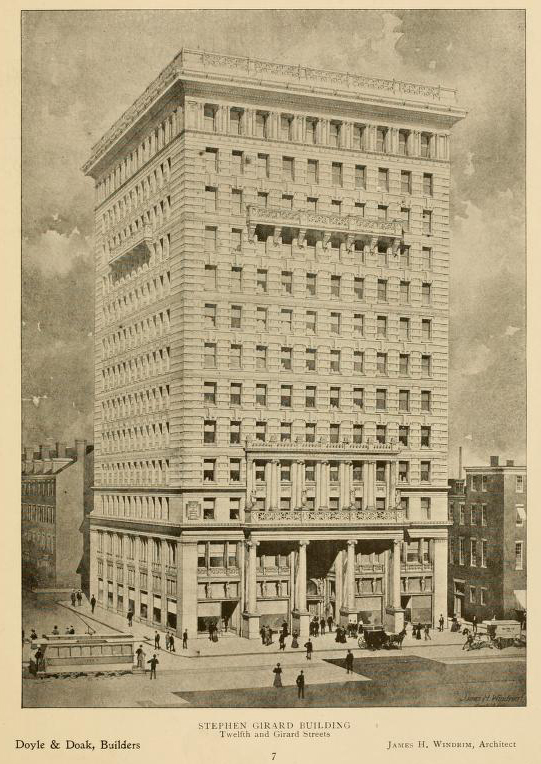 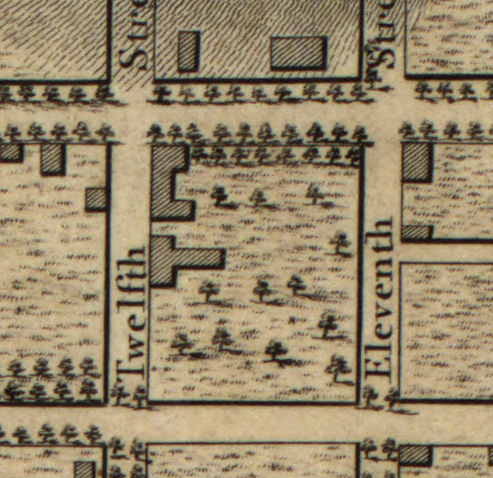 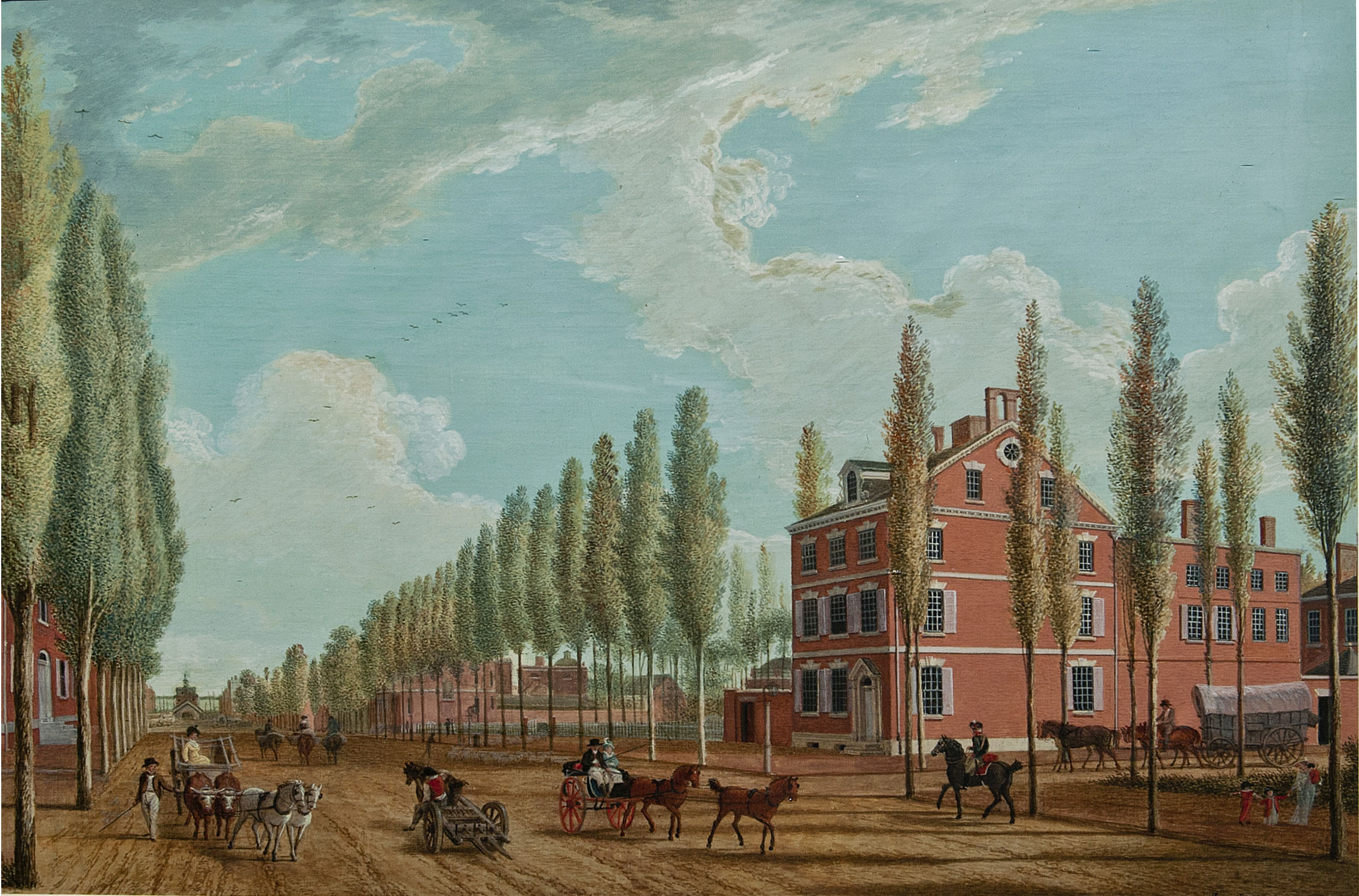 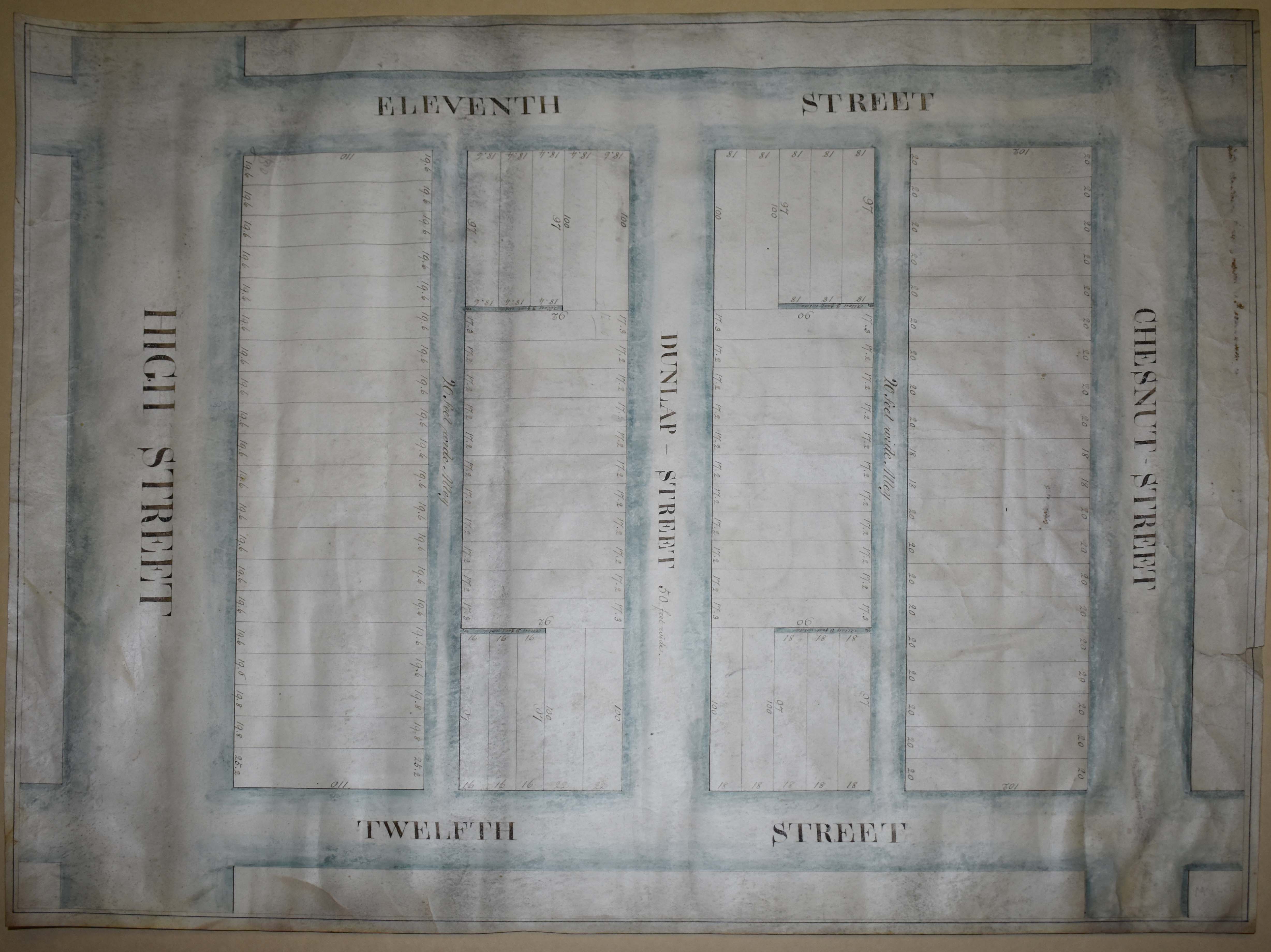 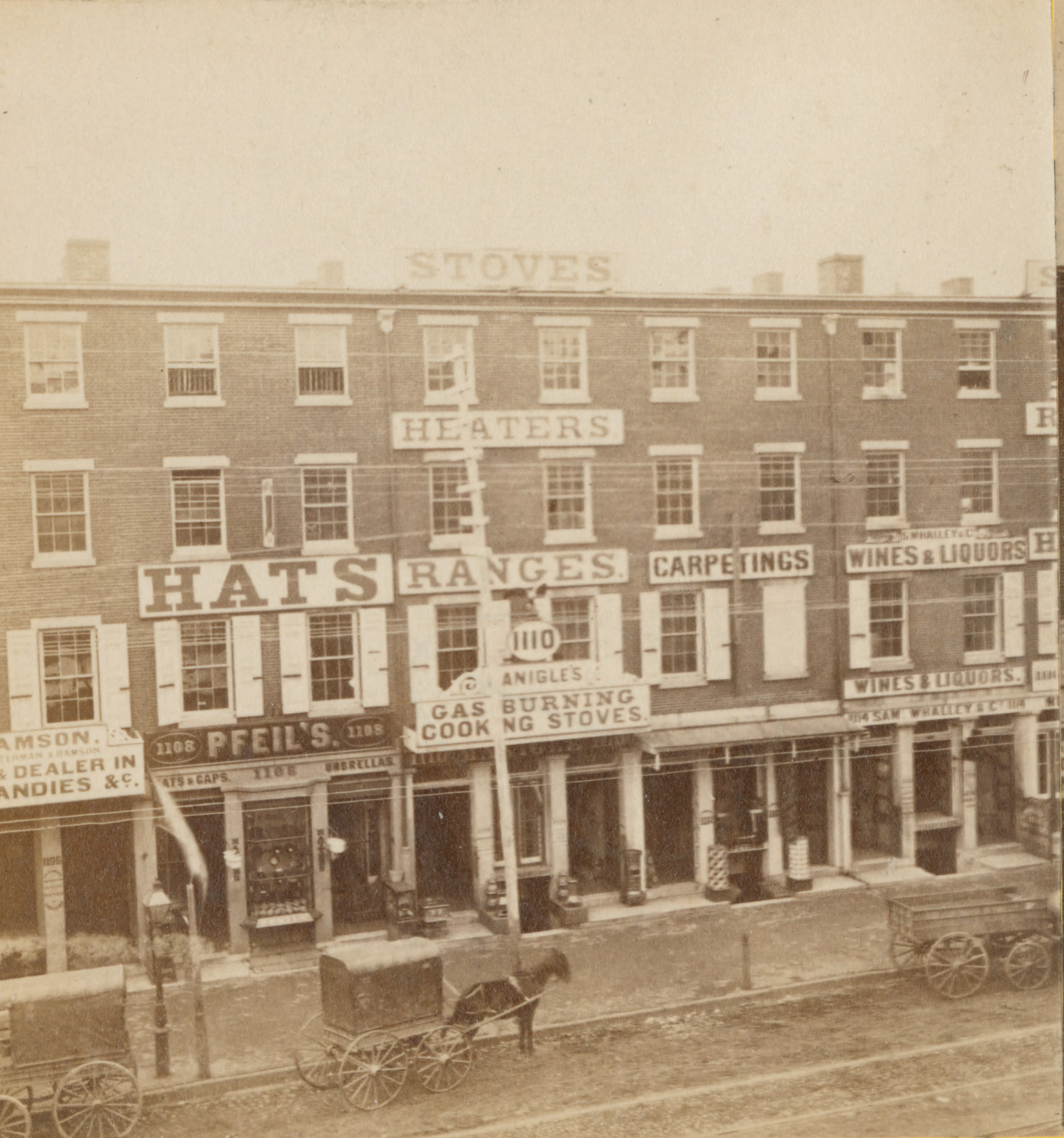 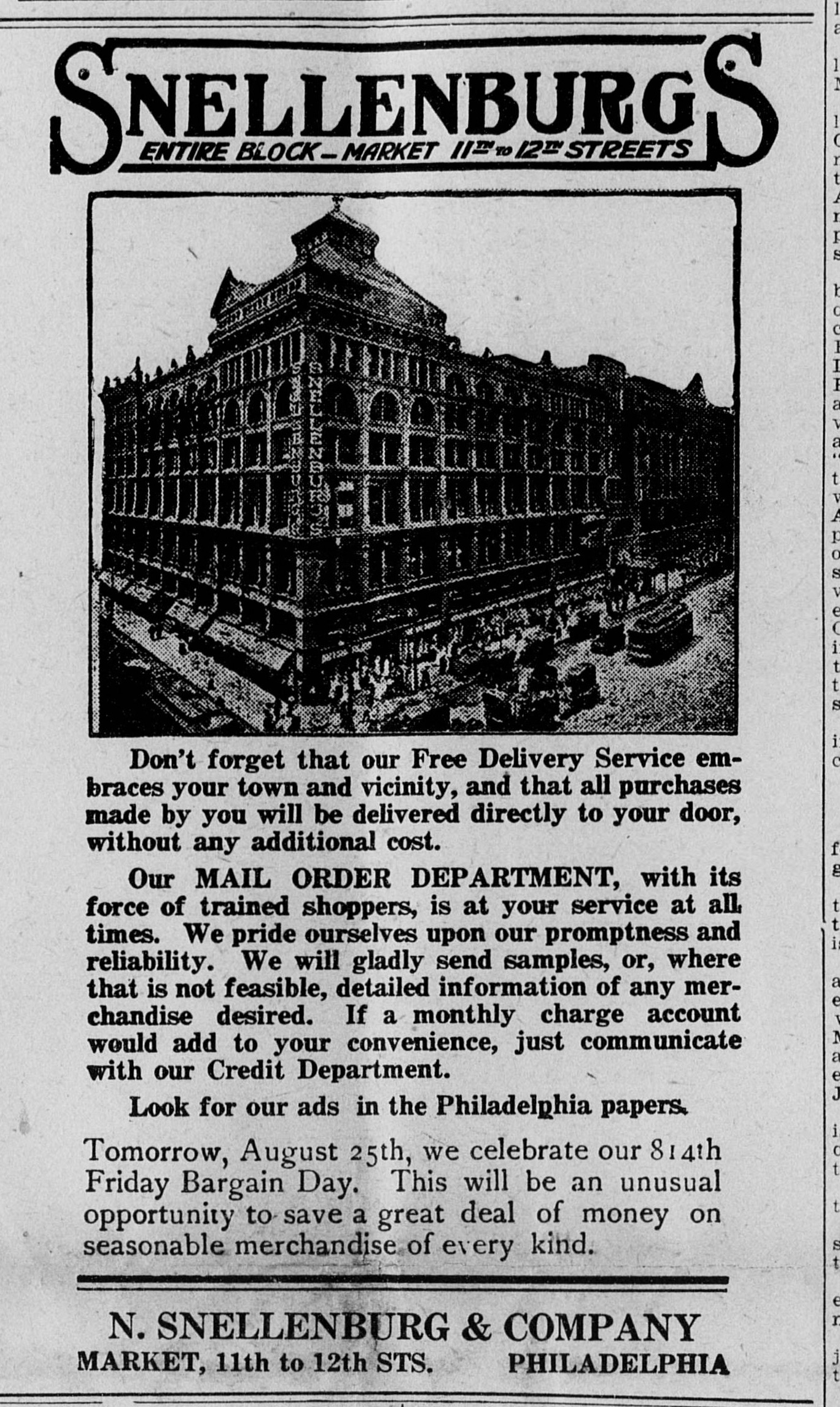 The Stephen Girard building, now the Hilton Canopy hotel, stands on a city block once entirely owned by Philadelphia merchant, banker, and philanthropist Stephen Girard. Although he himself lived on Water Street, Girard invested widely in real estate and on July 1, 1807 he purchased the block bounded by Market, Chestnut, 11th and 12th. He bought the land from John Dunlap (known for printing first version of Declaration of Independence) for $101,820; apart from Dunlap’s house, built in 1790, the block was largely undeveloped.

In 1817, Stephen Girard rented the Dunlap house on the southeast corner of 12th and Market Street to Joseph Bonaparte. Joseph was Napoleon’s older brother, who had come to America after his brother’s defeat. According to a popular tale, Bonaparte apparently liked his new environs and offered to purchase the entire block by covering the entire acreage with Spanish milled dollars. Girard supposedly agreed, but only if Bonaparte stood the dollars on edge, thus putting an end to that discussion.

Stephen Girard’s original will, written in 1830, stated that after his death the block would be used as the location for a new school for disadvantaged children that Girard would endow. However in 1831, Girard purchased a larger plot of land just outside the city (now 21st and Girard Ave) and changed his will to place the school, eventually named Girard College, on that parcel. But the block remained (and remains) integrally connected to Girard College, since Stephen Girard’s will indicated that the land should continue to be rented out, with the income going to support the school.

An undated map of the block, circa 1831, reveals the plans to develop the block as rental property, with Dunlap Street (running east/west) bisecting eighty-two properties, while twenty foot alleys again divided the square into four equal rows. All but twenty parcels face either north or south; ten are fronted on 11th Street, the remaining ten overlook 12th Street. Dunlap Street (named after the John Dunlap house) was renamed Girard Street by 1839, and in the 20th century was ultimately changed to Ludlow Street to correspond to similar streets on adjacent blocks.

Over the 19th century, the block would be transformed as the residential properties gave way to commercial assets. At one point the Chestnut Street frontage became known as "piano row" for its concentration of piano sales and repair shops. In 1889, N. Snellenberg a Philadelphia department store moved onto the block and would be a city fixture until its closure in 1962, eventually occupying the entire block front along Market Street. The Stephen Girard Building designed by Girard College alumnus James H. Windrim, opened in 1897. Seven dwellings on Girard Street were demolished to make way for the new structure. It served as office space for the Board of Directors of City Trusts, which managed the Girard Estate, and rental office space. An ideal location, it was close to the railroad terminal, hotels, restaurants, City Hall, the courts and the principal trolley car lines.

Modern planning to redevelop the block as “East Market” began in 2008, with elements of the new construction opening to the public beginning in 2018. Today the Hilton Canopy hotel occupies the historic Stephen Girard building.

Adapted, with permission,from Gil Bunker "The Block" (published in Girard College alumni newsletter) and "The Block after 1831" (unpublished)

"This plan of the city of Philadelphia and its environs (showing the improved parts) Philadelphia" (detail) : Published and sold by John Hills, surveyor & draughtsman, 1797. Image from Library of Congress. http://hdl.loc.gov/loc.gmd/g3824p.ct001369