The Dall Building with its iconic Tudor revival architecture has provided many residents both past and present with an immediately identifiable glimpse of their hometown. The structure, and it’s 11 storefronts, was completed in 1929 and may be one of the most memorable to past and present Libertyvillians. The corner lot once contained one of the town’s first dwellings, a home built prior to 1850. Developer Benjamin L. Dall envisioned its potential and decided to not only expand Libertyville’s business district but to permanently lay his mark on the up and coming community. This mainstay of the town with its large illuminated public clock, began hosting an assortment of businesses and continues to this day providing opportunity to many with one particular type finding it’s home there over and over again. 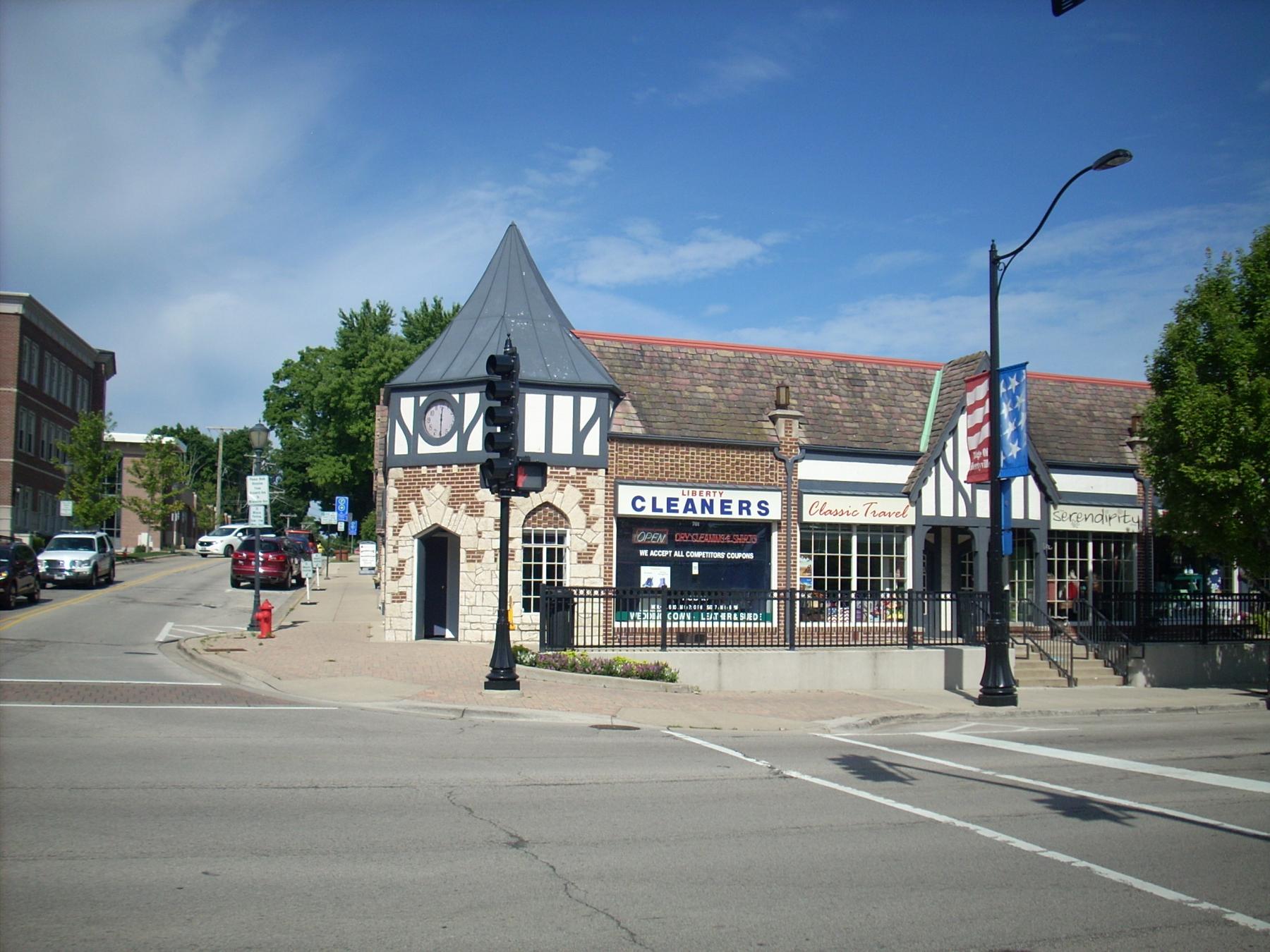 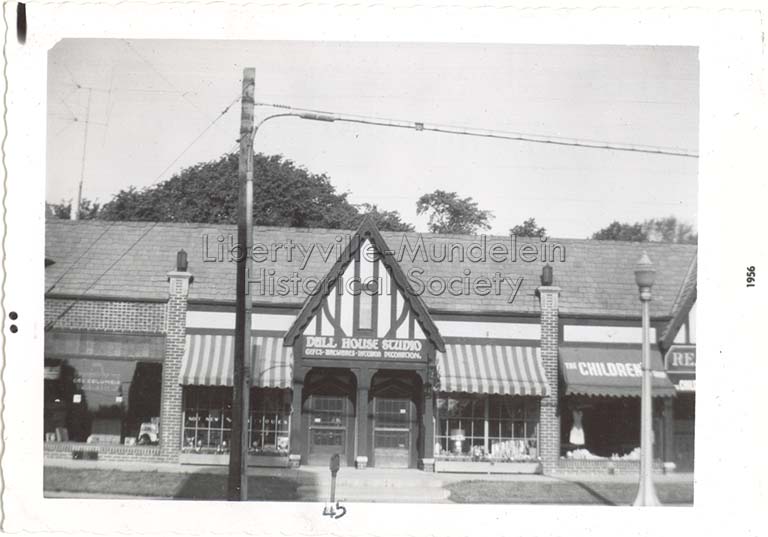 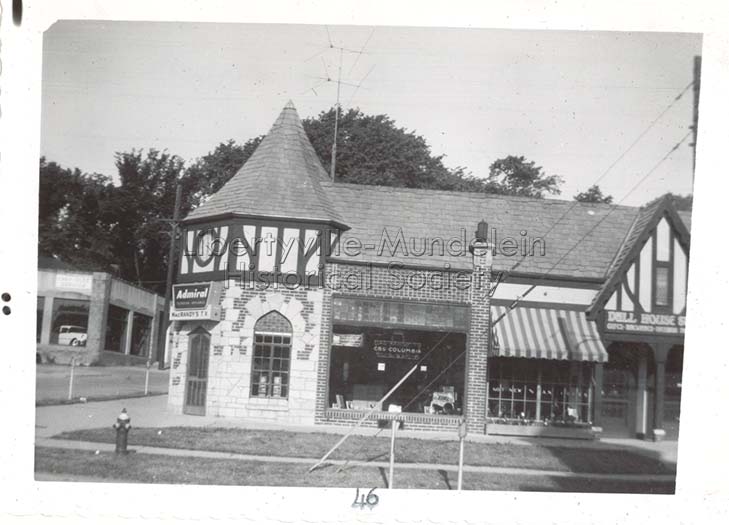 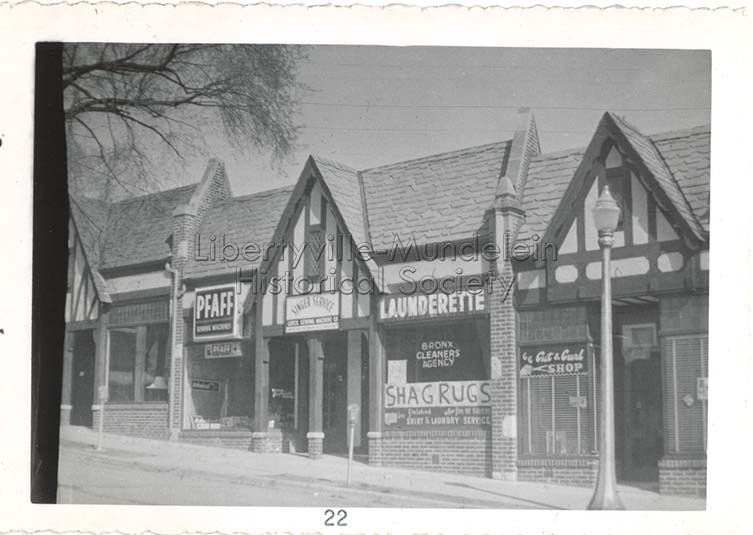 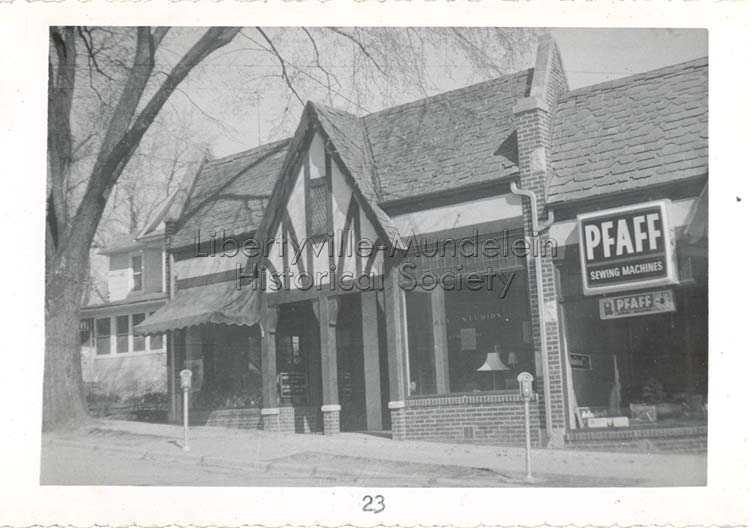 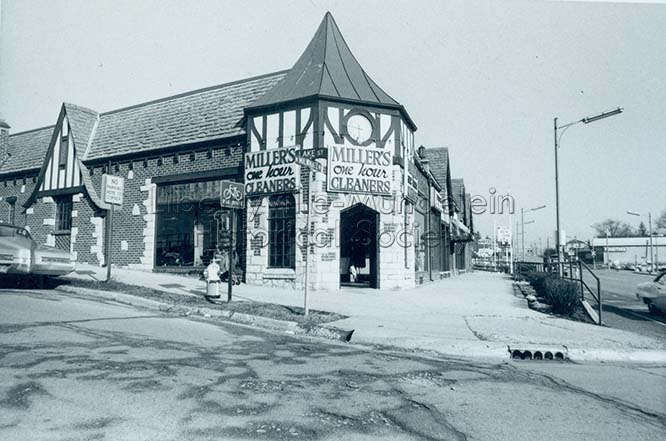 Benjamin L. Dall was born in 1893 in Chicago, Illinois. After having been raised in a family of means, he became a real estate developer and lived in River Forest and Chicago. Some of the homes he sold were in Libertyville and appealed to city dwellers interested in moving out to the country. He eventually decided to develop a large area of land to the east of Libertyville which he named Thornbury Village and built a home for his own family there. Dall also purchased the land on the corner of Lake Street and Milwaukee Avenue in Libertyville with the intention of building a commercial building on the site. The land held one of the oldest dwellings in town, the old Penniman home which was built prior to 1850. At one time, Eli P. Penniman, known locally as Uncle Penniman, ran an establishment called the Grove Hotel in town at about 516-528 N. Milwaukee Avenue.

The Dall Building was built in 1929 and was touted for greatly expanding the business district in the growing town of Libertyville. The single story building housed six storefronts on the west side of Milwaukee Avenue with another five around the corner on the intersecting Lake, transforming Lake Street from an exclusively residential thoroughfare into a part of the growing business district.

The architect and building site supervisor, Walter Huenemoerder, designed the structure to mirror the style of the new Public Services building located at 340-354 N. Milwaukee Avenue which was constructed in the popular Tudor-revival style of the era. The construction utilized a variety of building materials, brick, stone and stucco among them. A steeply-pitched slate roof highlighted by false gables and adorned with decorative timbering is located on both the Milwaukee Avenue and Lake Street sides. A brick and stone archway unite the two separate rows of businesses seamlessly combining the adjacent portions of the structure into a single piece of architecture. A large, illuminated public clock was installed in the southeast corner tower and is complimented by a prominent steep peak overhead.

The building was purposely set back 17 feet further than the customary business line on Milwaukee Avenue in the anticipation of Milwaukee Avenue’s future widening. A landscaped parkway that consisted of shrubbery and other natural elements was developed to enhance the natural beauty of the site and provide a green buffer between commerce and the passing traffic. The street has been widened over the years to accommodate growth in the area but some of the greenery has been retained.

One of the very first businesses to occupy it beginning in 1929 was one of Benjamin L. Dall’s own ventures, Lake County Country Homes, Inc. His wife, Margaret Caldwell Dall, an artist, operated Dall House Studio, a gift and art ware shop in the building early on as well. Countless businesses have come and gone from the 11 storefronts in the Dall Building over the years. A wide variety of establishments have located in the row of shops over the years with varied levels of success: realtors, travel agencies, an ice cream shop, a deli, hair salons, an electronic repair shop, even a funeral home. Several of the more long-lasting undertakings that have graced the beautiful building are Sage Music, Western Tire, the Improv Playhouse and in the past several decades, a succession of cleaners in the corner spot under the persevering clock: Miller’s One-Hour, Andrews and currently, Liberty Cleaners. Businesses may come and go but the classic charm of this historic building endures.