Built in 1765, The Old Stone House in Washington, D.C. is the oldest building in the District of Columbia. It is also Washington’s last pre-revolutionary colonial building on its original foundation and it has remained unchanged over the years since it’s construction year. Local folks have preserved the house from demolition and remains untouched unlike most colonial homes in the area that were torn down or redeveloped into new buildings. In the 1950s, the house was converted into a public museum and is apart of the Georgetown Historic District.

A view of the Old Stone House. 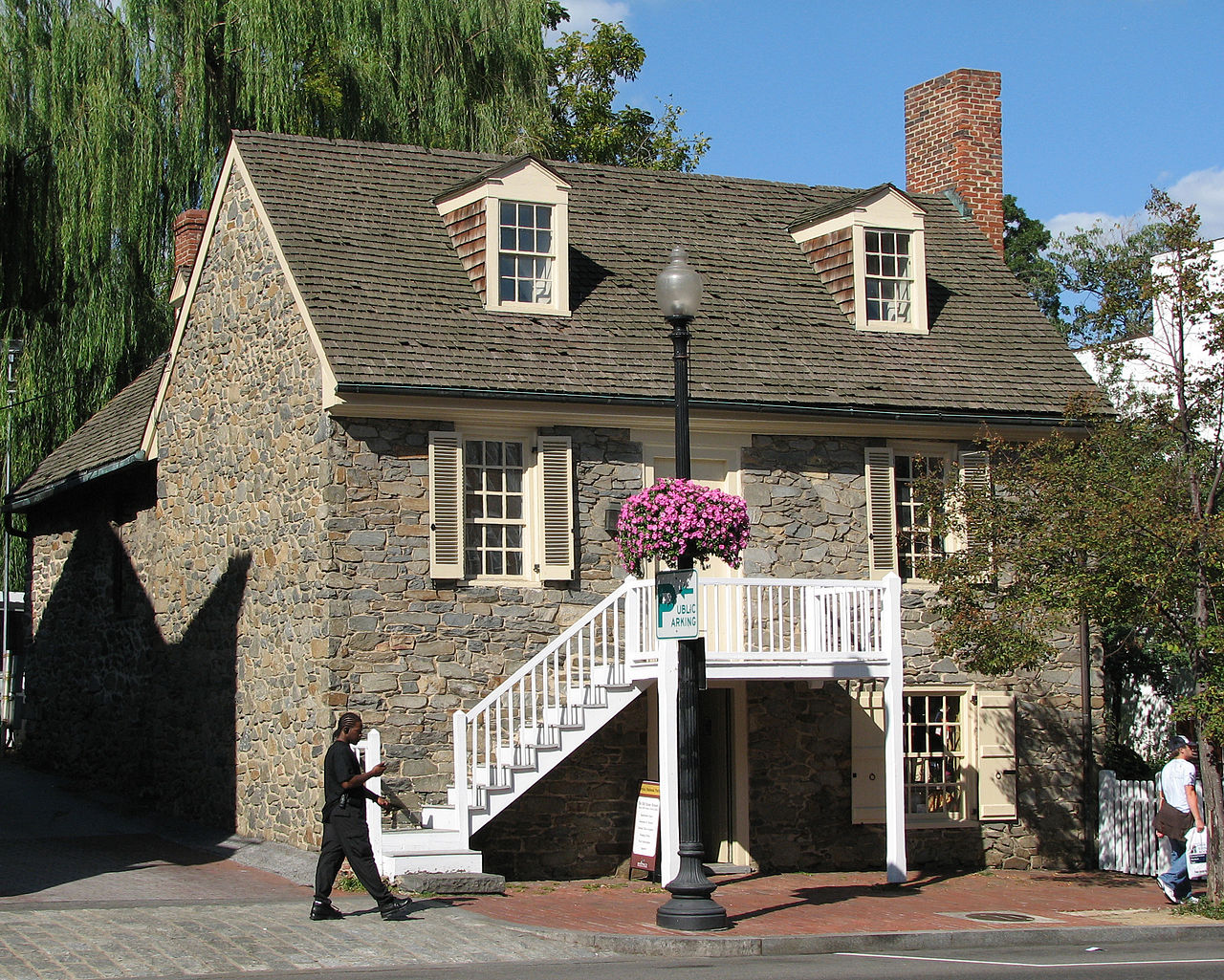 In 1764, the plot for the Old Stone House was bought by settlers Christopher and Rachel Layman, who sought to make a new life in Georgetown for themselves and their two sons. The Laymans paid for the construction of the house and used local materials, such as blue fieldstone and oak boards, to build their new home. The house was simple, but functional and it served the primary purposes of the Layman family, who soon began growing crops and raising farm animals after construction on the house was finished. However, Christopher died in 1767 and Rachel remarried selling the Old Stone House to a widow, Cassandra Chew. Cassandra funded money into construction projects for a new kitchen and the addition of a second floor.

Cassandra had a significant amount of wealth being apart of the upper middle class and she owned numerous other properties and even some slaves. Cassandra died in 1807, however, and the Old Stone House was given to her eldest daughter, Mary Smith Brumley, who ran a business out of the front room of the house. For some time, the Old Stone House was sold and bought multiple times as a private home by man owners. Many businesses ran at the house as well like blacksmiths, tailors, carpenters, and house painters. The federal government purchased the property in 1953 for $900,000 as it was a place of historical significance. The house was transferred over to the National Park Service, who removed many 19th and 20th century items as well as turning the nearby parking lot into a garden.

After some needed renovations, the Old Stone House was turned into a public museum and opened in 1960. It became apart of George Washington Memorial Parkway and ownership of the house went to the Chesapeake and Ohio Canal National Historical Park. The house would be on the National Register of Historic Places in 1973 and designated as a National Historic Landmark Contributing Property in 1967. In the 1980s, ownership went over to the Rock Creek Parkway. As of today, 85% of the house has been unchanged from it’s 18th century construction.