In 1752, slave traders brought Yarrow Mamout or Muhammad Yaro (ca. 1736-1823) and his sister from West Africa to the United States. Yarrow was Muslim and could read and write in Arabic before his enslavement. Tobacco farmers, the Bealls of Maryland, held Yarrow in bondage for nearly 45 years before manumitting him. Yarrow purchased the property at this site in 1800, which he inhabited for the rest of his life. A brick-maker and financier, he was part of a growing free African community in Georgetown. Though the house at this site is not the one that he inhabited, he was buried here and a recent archaeological dig uncovered a number of artifacts possibly from his life.

Portrait of Yarrow Mamout (Muhammad Yaro) by Charles Wilson Peale. Courtesy of the Philadelphia Museum of Art (reproduced under Fair Use) 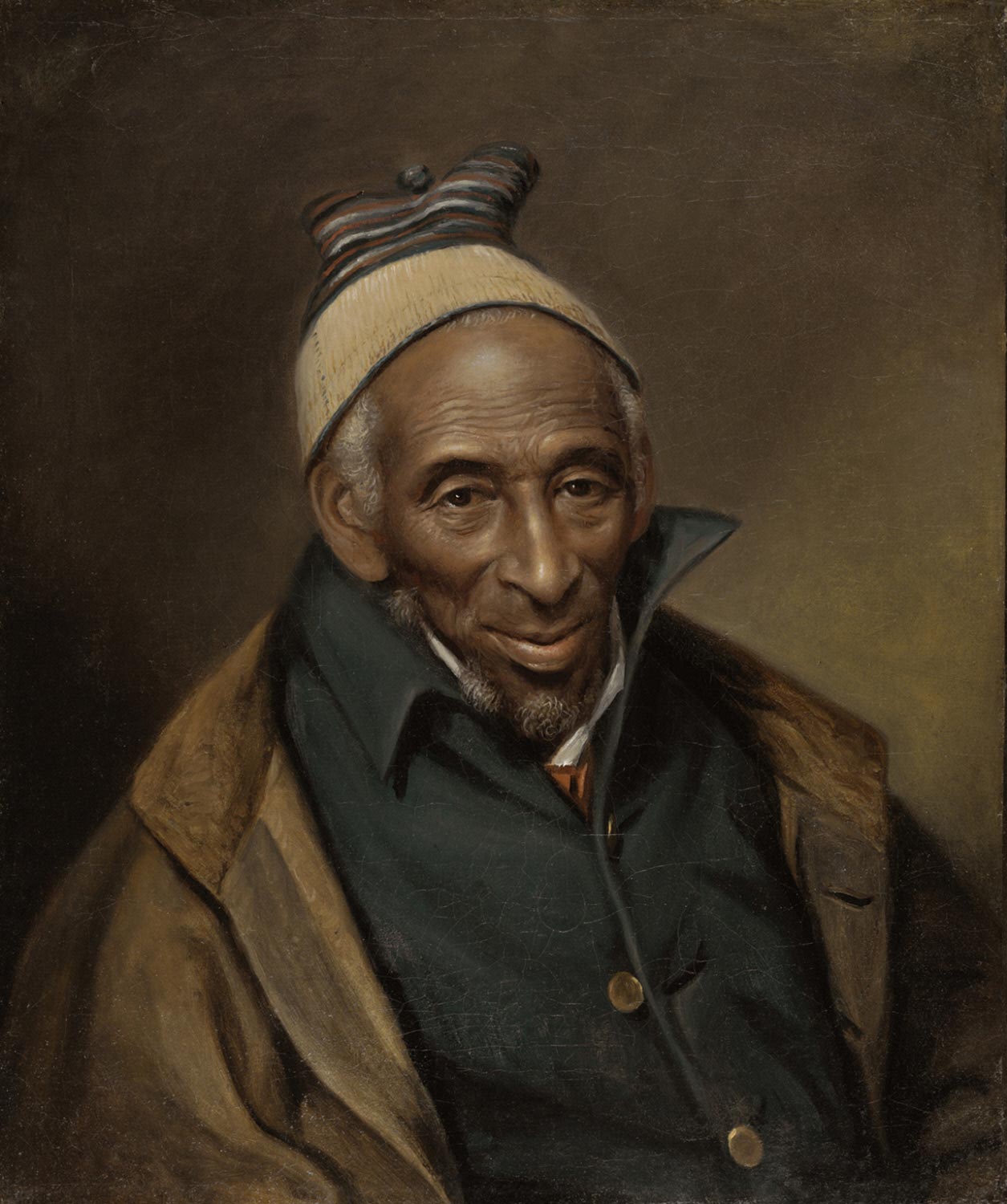 Yarrow was already literate in Arabic when slavers removed him from west Africa. His origins were in the Fulani people and he would have spoken the Fula language. Another tribe may have captured him as a prisoner of war and sold him into slavery. The Beall family of Maryland, tobacco farmers, purchased him and held him in slavery for nearly 45 years. For much of his enslavement, Yarrow was a "body servant" to Samuel Beall, attending to his person and accompanying him on trips. The Bealls manumitted Yarrow in 1796.

When Yarrow purchased his house on Dent Place in 1800, it was one of only two on the street. At this time, a free African community thrived in Georgetown. In addition to owning his house, Yarrow owned stock in Georgetown's Columbia Bank. He was an expert brick maker.

Portrait painter Charles Willson Peale heard of Yarrow while attending a party and painted him in 1819. The painting linked below is one of only two formal portraits of formerly-enslaved individuals in the collections of the Philadelphia Museum of Art. In the portrait, Yarrow wears a hat that looks like a kufi, often worn by African Muslim men. James Alexander Simpson also painted Yarrow in 1822 and the National Portrait Gallery holds this portrait.

When Yarrow died in 1823, Peale wrote his obituary, published in Baltimore and Pennsylvania. He was buried in a corner of his land, where he used to pray. His wife and son survived him, as did his sister and her daughter. The house remained in the family until 1837, when it was sold at public auction. The legacy of the buyer, Francis Dodge, was the opposite of Yarrow's; in 1848, he lent his steamship to a group looking to capture seventy enslaved persons who had escaped Washington on a sailboat. Dodge likely rented out the house.

The house at this address is not Yarrow's, as its Italianate architectural style arose after Yarrow's lifetime. Yarrow's house probably burned down at some point. A tree fell on the current house in 2011, damaging the second story. The house was sold in 2012 and the new owner applied for demolition. Yarrow is still buried at the site, however. In 2015, the Washington, DC's archaeologist office conducted a six-month dig exploring the property, particularly the brick cellar, to learn more about his life and locate his remains, which could be on the lot or nearby. The dig found several thousand objects which needed to be analyzed to find their age. In 2020, workers renovating a home close to where Yarrow lived found nineteenth-century human remains, which may be Yarrow's. The property is privately owned, though efforts continue to memorialize Yarrow Mamout at the location where he lived.