The Newseum was an interactive museum of news and journalism in Washington, D.C. The museum was seven levels tall and contained 15 theaters and 14 galleries. The Newseum’s mission was “to help the public and the news media understand one another better” and to “raise public awareness of the important role of a free press in a democratic society.” In its first five years, the Newseum attracted more than 2.25 million visitors. The operations were funded by the Freedom Forum, a nonpartisan foundation dedicated to “free press, free speech, and free spirit for all people.” After 12 years of operation in DC, the Newseum closed to the public on December 31, 2019.

The facade of the Newseum is meant to provide a "window on the world" for both passersby and visitors. 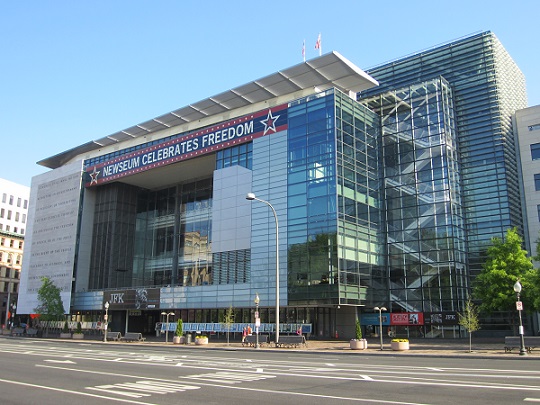 The 9/11 Gallery looks at news coverage of the September 11th, 2001 terrorist attacks with exhibitions of newspapers, artifacts, and the top portion of the antenna on the World Trade Center's North Tower. 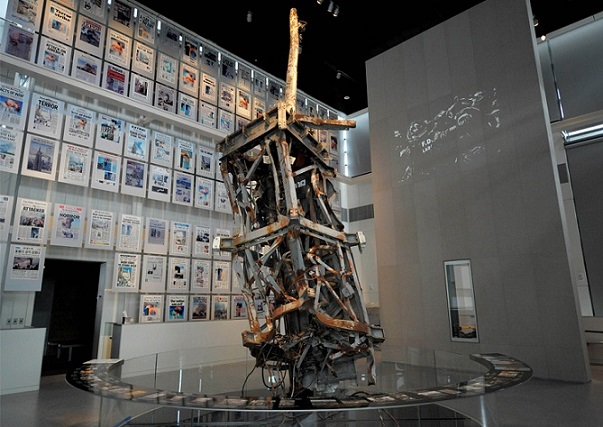 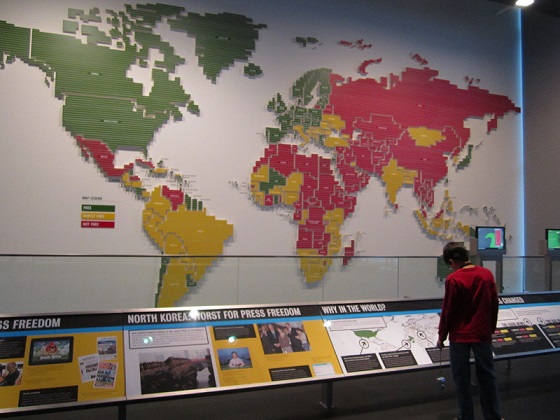 Journalism is often nicknamed the "first draft of history." The Newseum explores the history of journalism and taps into modern conversations about news coverage and the First Amendment. In 1997, the Newseum opened in Arlington, Virginia, with exhibition galleries in Nashville and Manhattan. In 2000, Freedom Forum decided to move the Newseum to Washington, D.C., to accommodate more exhibitions and situate itself among the great museums of the National Mall.

The current museum opened on April 11, 2008. While building the new Newseum, the design team had a few goals. One goal was to design a building that would be an architectural icon, easily recognized, and remembered by all visitors. Another goal was to create a museum space three times as large as the original, with the capacity for more than two million visitors a year. The last goal was to celebrate the First Amendment of the Constitution, its freedom of the press and free speech protections.

The Newseum features the 45 words of the First Amendment to the U.S. Constitution etched into a four story tall stone panel:

Congress shall make no law respecting an establishment of religion, or prohibiting the free exercise thereof; or abridging the freedom of speech, or of the press; or the right of the people peaceably to assemble, and to petition the Government for a redress of grievances.

The Newseum had many different exhibits, many of which integrate impressive technology. One exhibit is the NBC News Interactive Newsroom: Sitting in the Hot Seat. This interactive room let visitors play the role of a photojournalist, editor, reporter, or anchor. Another exhibit is the Time Warner World News Gallery. It features a large map, rating 190 countries and illustrates the differences in press freedom around the world. Another exhibit is the 9/11 Gallery Sponsored by Comcast. This gallery explored the coverage of September 11, 2001, and also has a tribute to photojournalist William Biggart, who died covering the attacks. One more exhibit is the Bancroft Family Ethics Center. In this exhibit, computers allowed you to debate journalistic dilemmas and compare your answers with reporters and other visitors.The Newseum also featured a Journalists Memorial, a glass sculpture which listed the names of 1,900 journalists from around the world killed in the line of duty. It wasupdated and rededicated each year.

Much like the First Amendment, debates had surrounded the Newseum during its time. The initial building cost of $450 million, high operating expenses, insufficient visitor numbers, and high salaries of Freedom Forum executives led to financial woes, as well as criticism. Some wondered whether investing in a museum, rather than a news outlet, for example, was the best move in a time when technology is revolutionizing traditional journalism. Others, however, argue that such challenges give more meaning to the museum's mission. The Newseum has introduced programs to teach media literacy and civics in schools and online. Additionally, the museum provided spaces for visitors to give their perspectives on current events.

On December 13, 2019, the Newseum announced it would close to the general public due to its high debt. The sale of the building from the Freedom Forum to Johns Hopkins university was worth 372.5 million dollars. In its twelve years in DC, the museum never once broke even, and its high construction cost caused lots of debt for the Forum. During its 12 years in DC, the Newseum had 10 million visitors, in the location situated between the Capitol and the White House. Even after closing, the Newseum still maintains its daily front page coverage on its website.

Contrera, Jessica. "'These are all fake news,' said the honor student. He was wrong." The Washington Post. September 4, 2017. Accessed October 2017. https://www.washingtonpost.com/lifestyle/style/these-are-all-fake-news-said-the-honor-student-he-was...