This building, located at the northwest corner of Seventh Avenue and Tenth Street, was the longtime home of a series of garment factories. The five-story warehouse was originally built in 1921 by Oscar Lee Stanard of the O.L. Stanard Dry Goods Company, a wholesale dry goods and merchant house. After Stanard Dry Goods closed during the early 1930s, the building was converted into a dress factory. Over the years, the factory changed ownership and names several times, becoming known as the Reliance Dress Factory, the Huntington Manufacturing Company, and Huntington Industries. While the factory was producing nearly two hundred thousand dresses in 1960, business had declined by the early 1980s. After the factory closed in 1983, the building sat vacant until 1998, when it was acquired by the city of Huntington and remodeled into the Jean Dean Public Safety Building. The building currently houses the J. Seaton Taylor Municipal Court and other facilities used by the Huntington Police Department.

Ad for Stanard Dry Goods from 1924 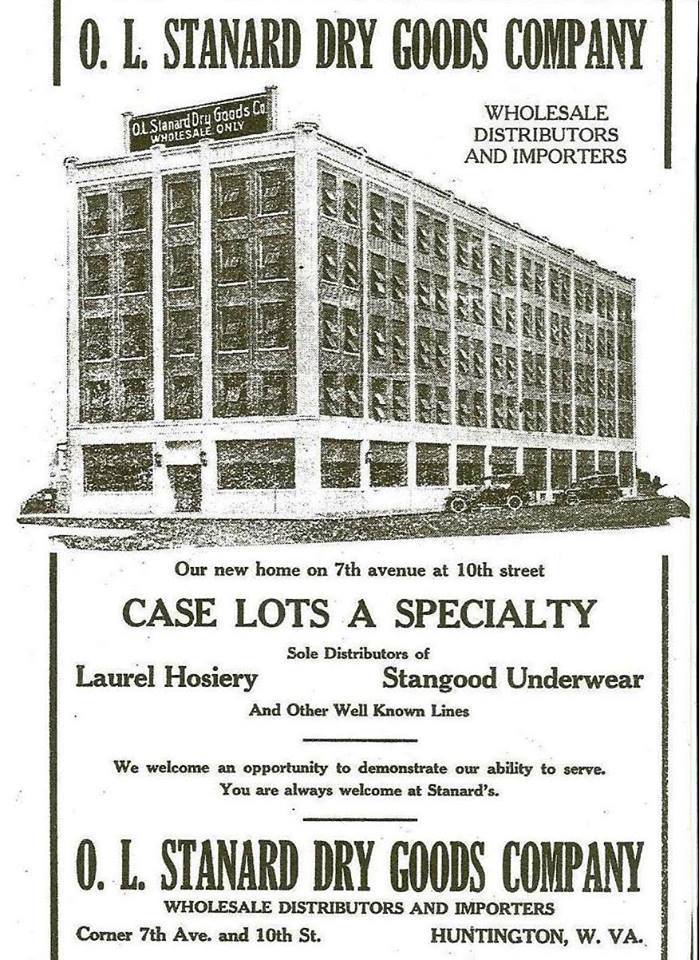 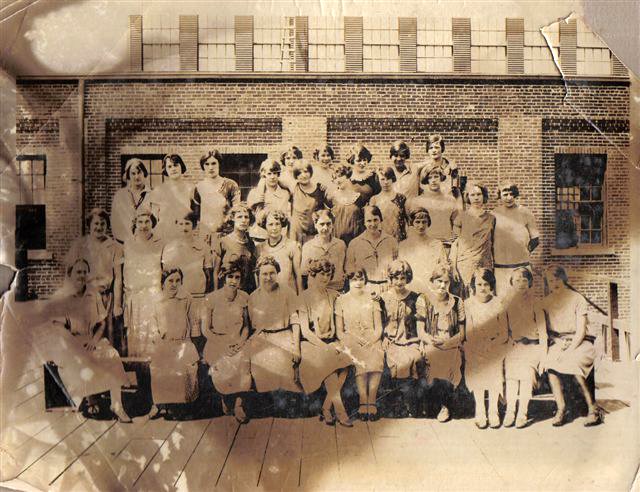 Workers outside the dress factory in 1951 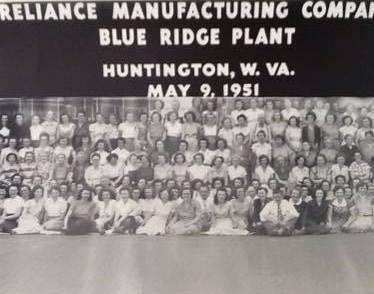 Workers outside the dress factory 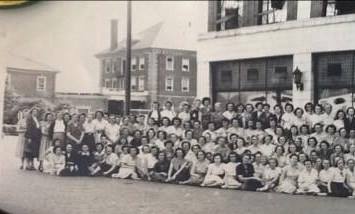 The Huntington Manufacturing Co. building is visible in the background, circa 1955 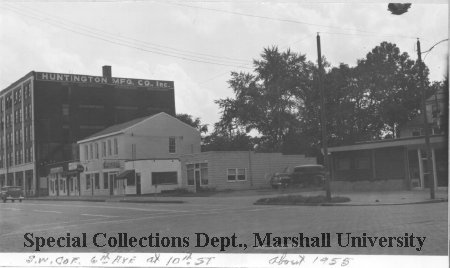 Workers inside the factory 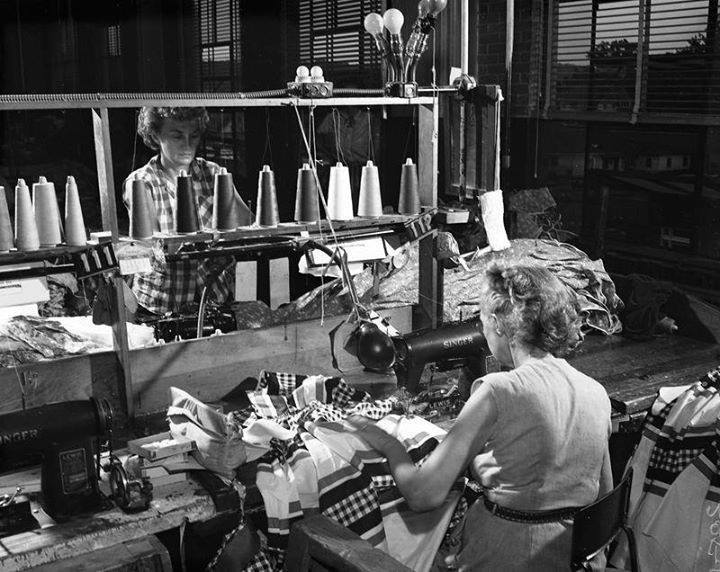 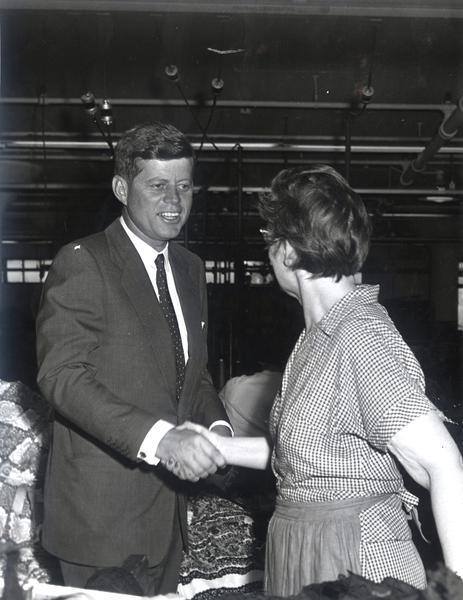 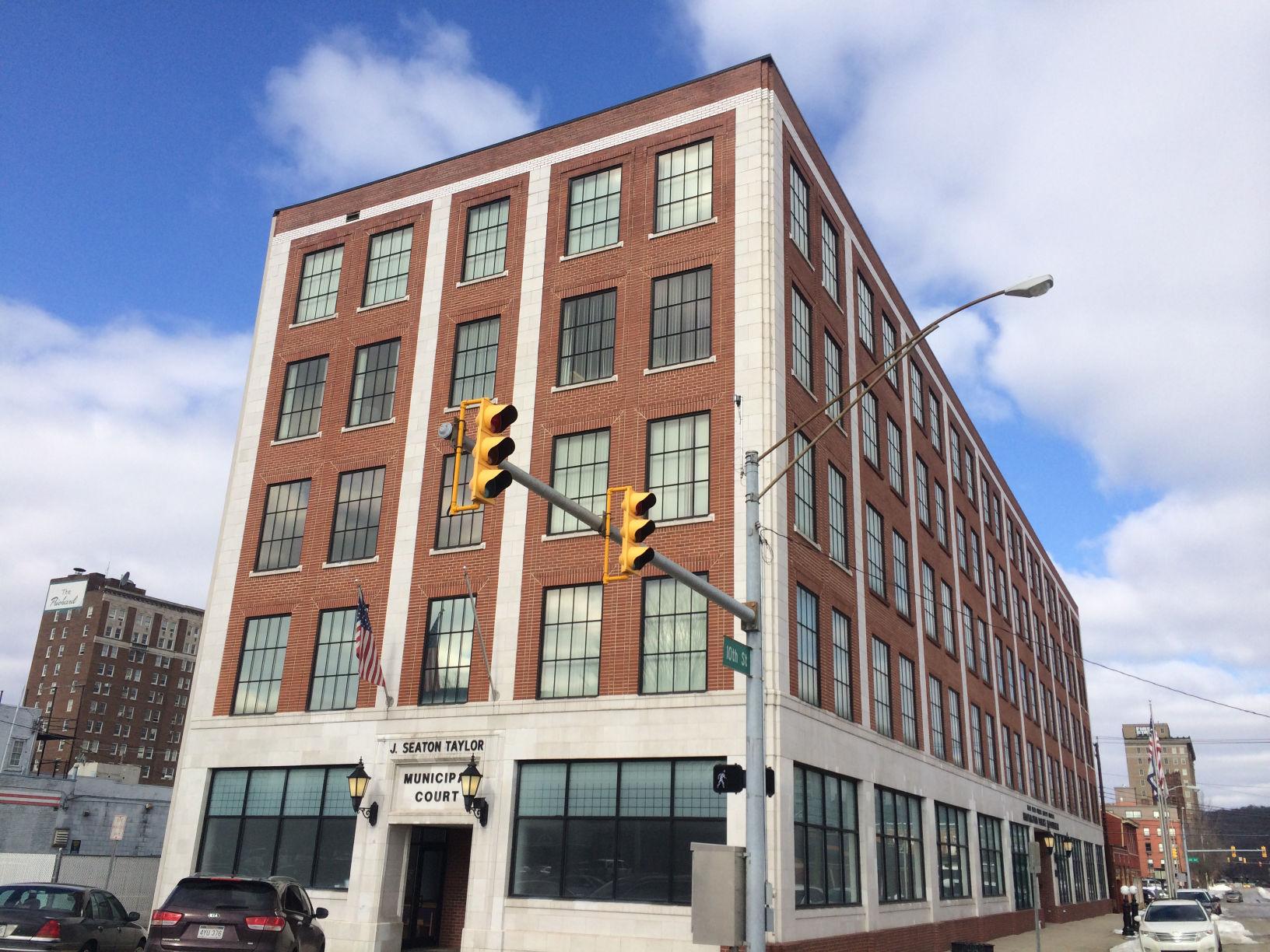 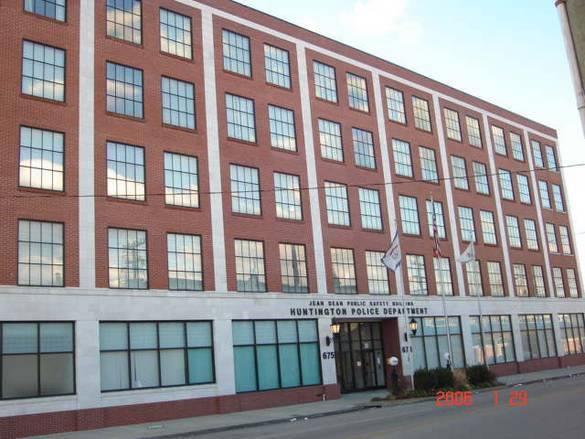 Oscar Lee Stanard was born on February 13, 1878 in Enon, Nicholas County, West Virginia. After receiving his education at public schools and the Summerville Normal School, he briefly worked as a school teacher before entering the commercial sphere in 1898. Stanard worked in his uncle’s store before becoming a traveling salesman for the Abney- Barnes Company of Charleston. He went on to become a stockholder, and later secretary-treasurer, of the company. In late 1913, Stanard moved to Huntington, where he established the Croft-Stanard Company and later the O.L. Stanard Dry Goods Company, a wholesale dry goods company. Within four years, the business had grown from a profit of $500,000 a year to more than $1.5 million annually. In 1921, Stanard constructed a five-story warehouse building at the northwest corner of Seventh Avenue and Tenth Street to house his business. Stanard also went on to open several retail stores across the Tristate area, and served as a director and the first vice president of the Huntington Bank & Trust Company. He passed away in 1950.

By 1932, the warehouse at the northwest corner of Seventh Avenue and Tenth Street was no longer home to Stanard Dry Goods. The building was briefly occupied by a grocery store called the Midland Market, before the first of several garment factories took over the space in 1936. From then until around 1945, the building housed Sterling Company, a dress manufacturer. During World War II, the facility manufactured tents and uniforms for American troops. Around 1947, the factory was taken over by another dressmaker, Reliance Manufacturing Company, which was founded in Indiana in 1898. By 1954, the facility had again changed names to the Huntington Manufacturing Company, and was making 180,000 dresses each month by 1959. John F. Kennedy visited the dress factory during his 1960 campaign for the Democratic presidential nomination. By the 1970s, the facility was being operated by Huntington Industries, a successor company to the Huntington Manufacturing Company. Through the years, the dress factory employed hundreds of Huntington women and became known for its discard sales, which allowed members of the community to buy the factory’s discarded fabric and dresses.

After operating for half a century as a garment factory, the building was left to sit vacant when Huntington Industries went out of business in 1983. The structure remained unoccupied until 1998, when it was purchased by the city of Huntington and repurposed to become the Jean Dean Public Safety Building. The city remodeled the former factory for use by the Huntington Police Department as well as the J. Seaton Taylor Municipal Court. While the Stanard name, which was engraved in stone above the building’s entrance on Seventh Avenue, could still be seen for many years, it was later replaced by the Municipal Court sign. The remodeling of the former dress factory also resulted in the demolition of the old Biltmore Hotel next door, which was being used for storage by Disabled Veterans of America at that time.