The Citizen and Southern Bank of Georgia, established in 1917, selected Augusta as their location due to its thriving economy in agriculture, namely cotton. The original building was located adjacent to the National Bank of Augusta and the Georgia Railroad Bank.

The building has experienced two expansions: one in the late '40s to early '50s and a final in the late '60s, both of which contributed to its current six-column facade. Although the Citizens and Southern Bank no longer occupies the building, the company's name can still be seen plastered across the building's architrave. 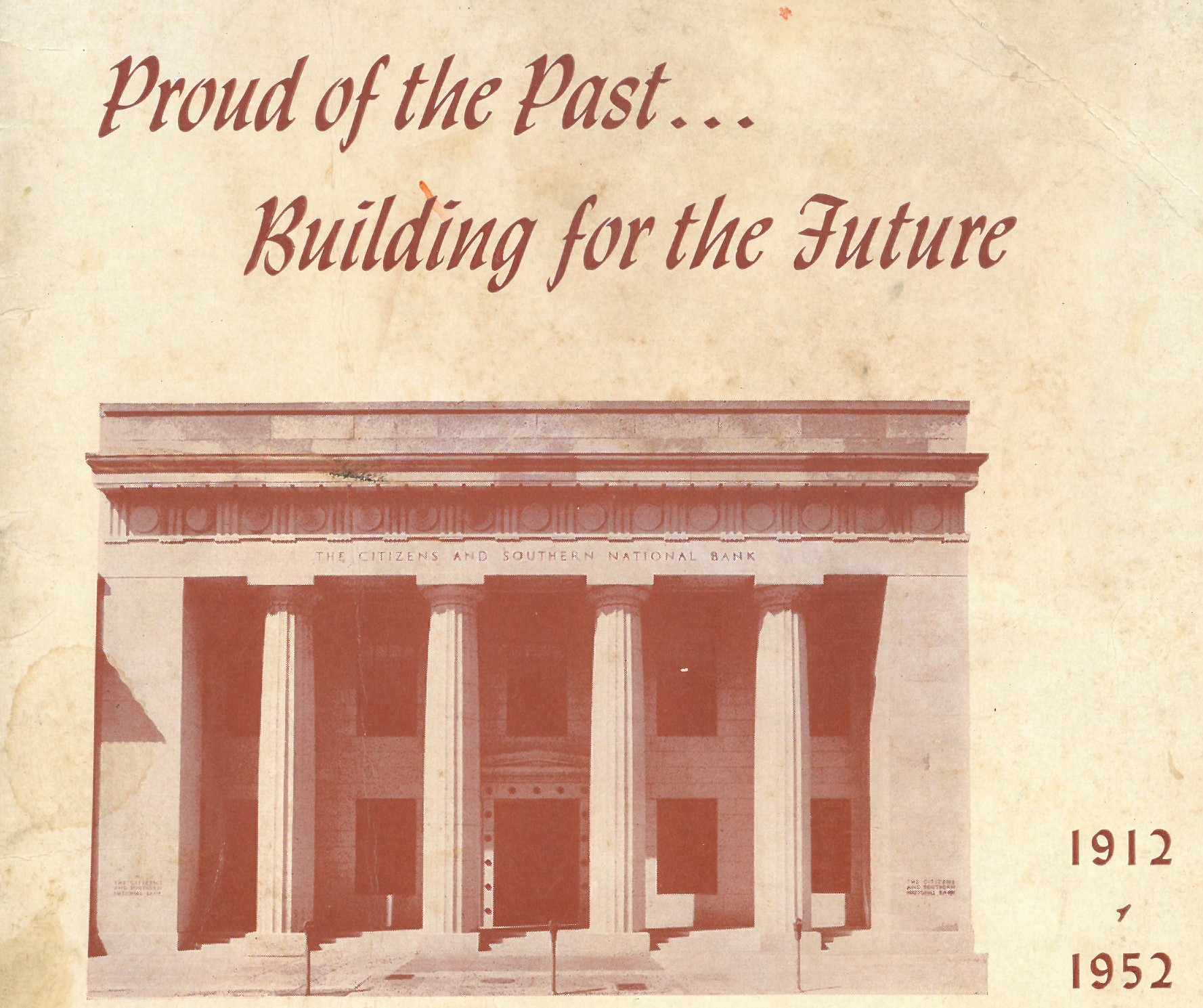 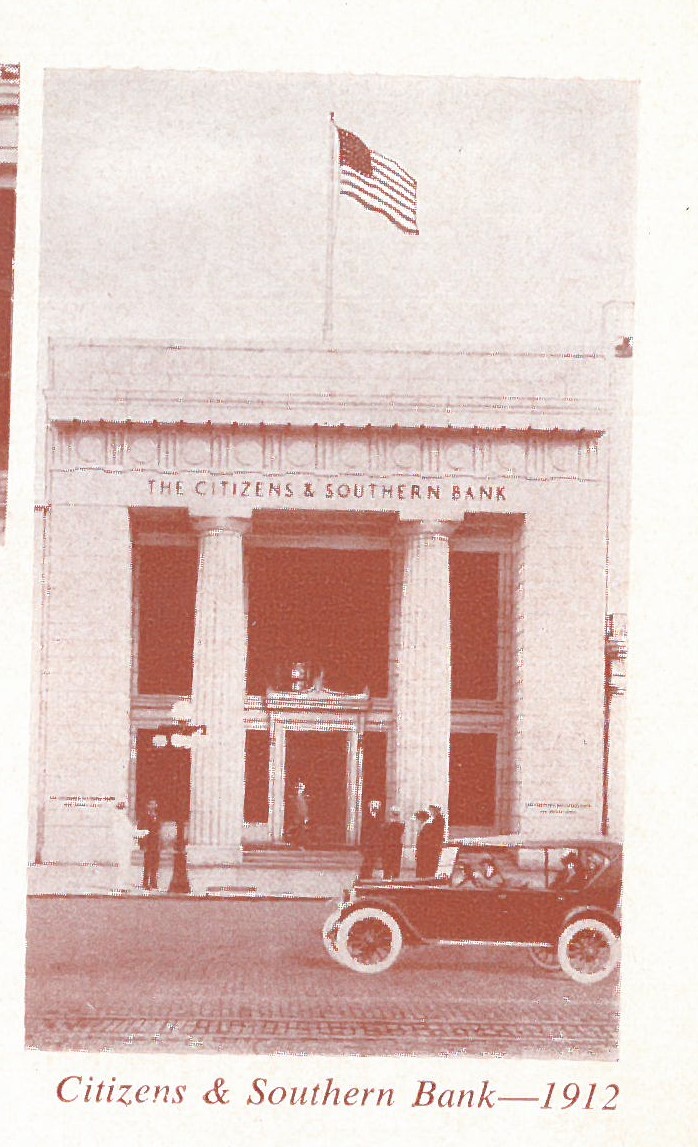 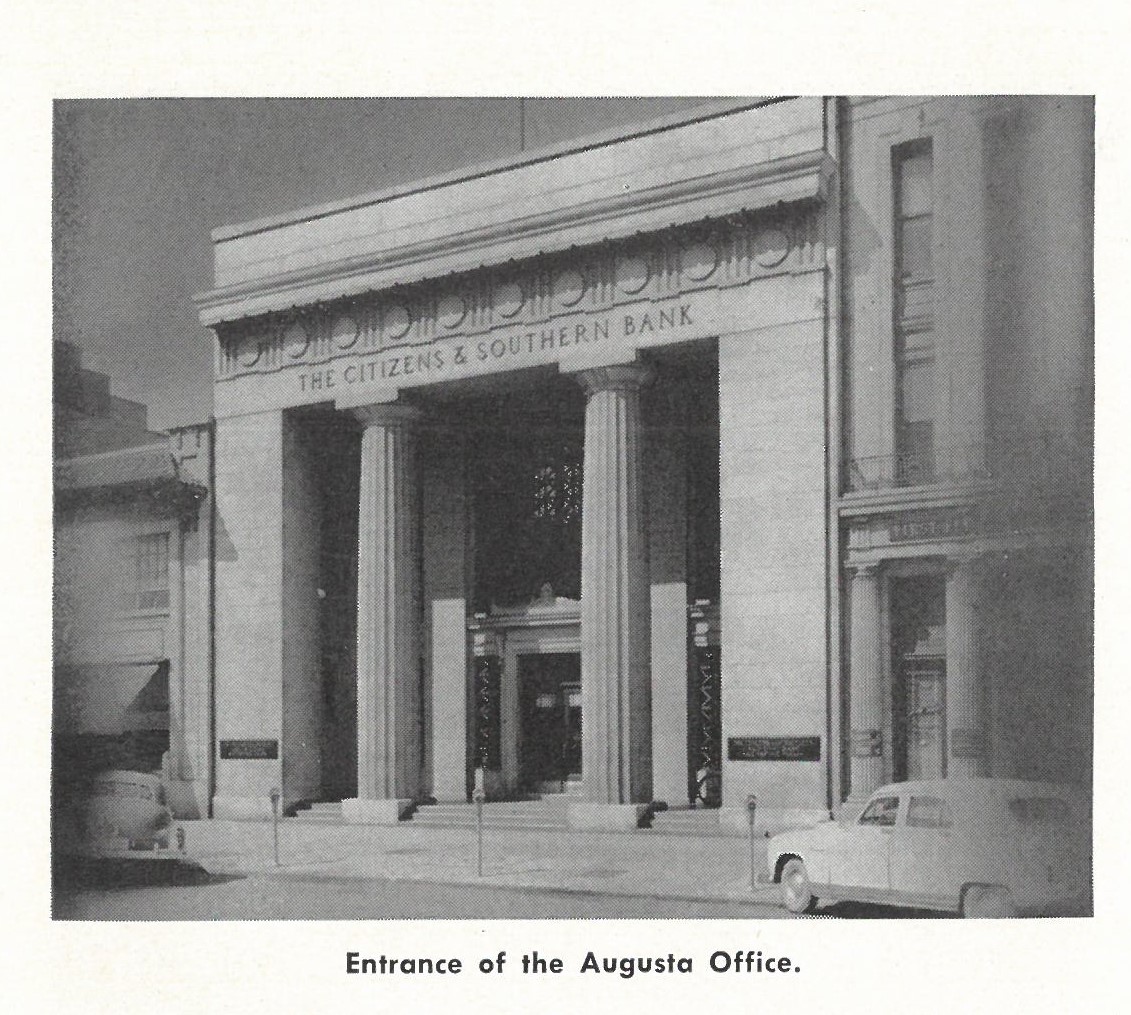 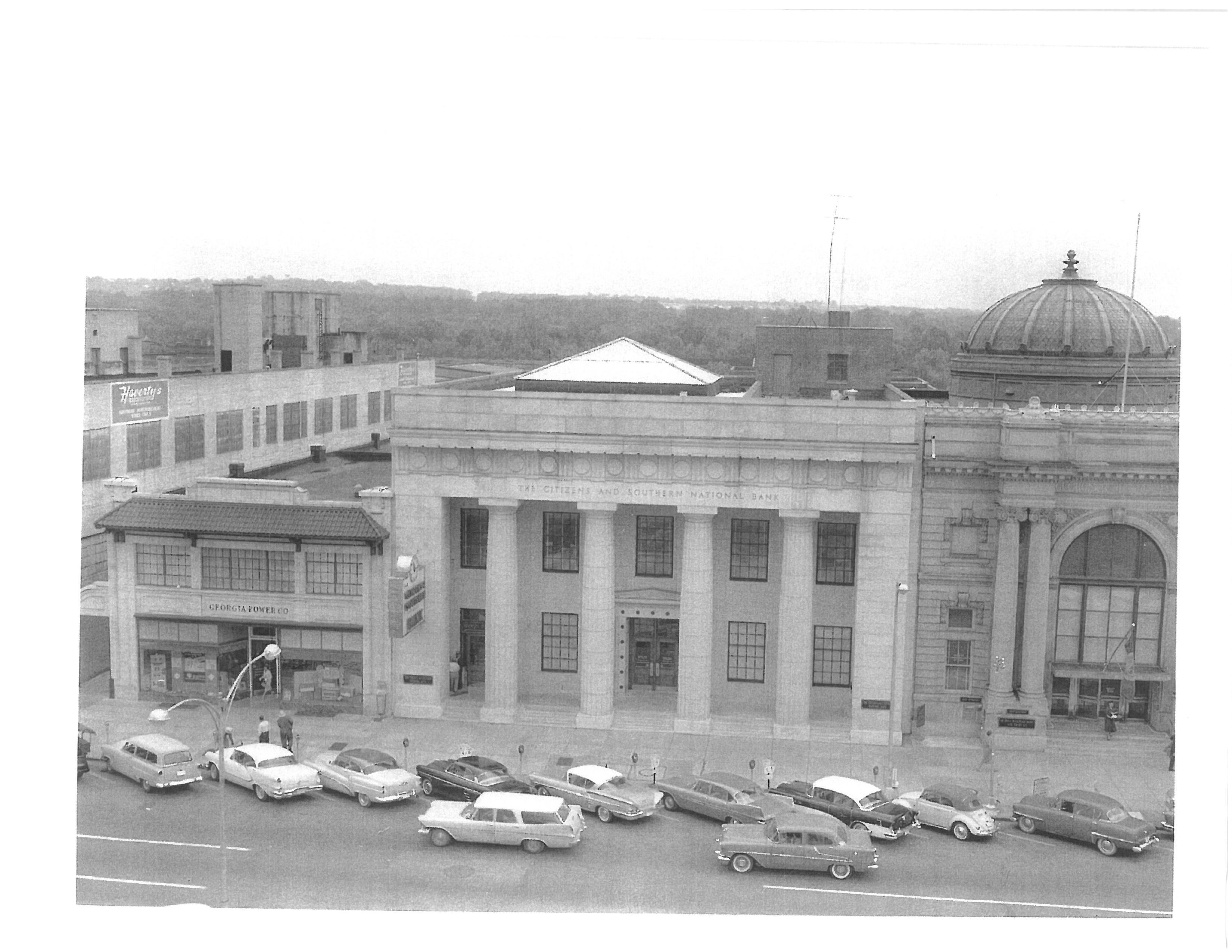 Building in second phase of expansion 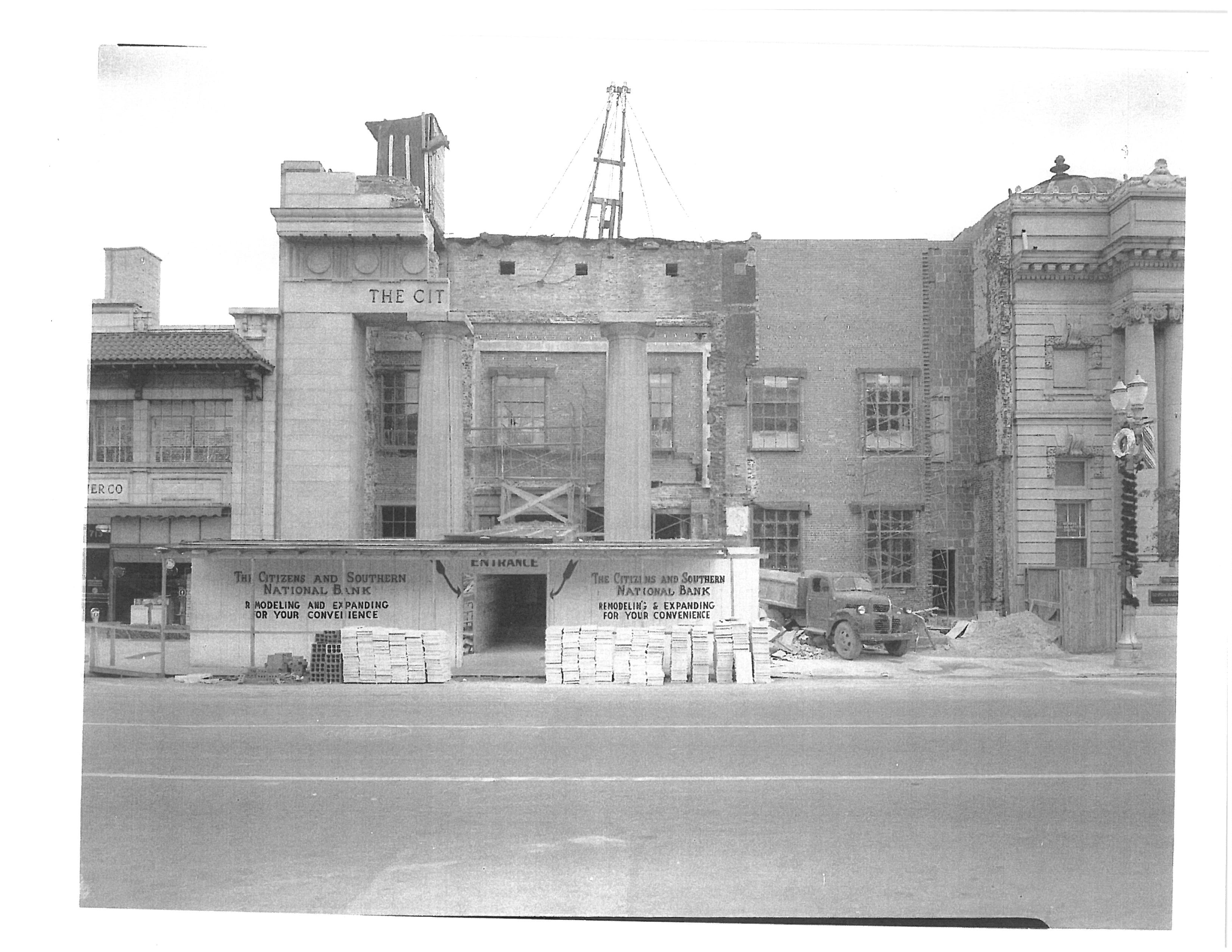 Mills B. Lane, president of the Citizens & Southern Bank established a charter in Augusta, due to its reputation as "one of the greatest cotton trading centers in the south". He planned for the building to sit adjacent to the Georgia Railroad Company Building on a tract of land purchased from Jacob Phinizy of the National Bank of Augusta. Lane commissioned architects Mowbray & Uffinger of New York who specialized in the design of banks whose projected $100,000 design would be in the Greek Revival Style with a white granite facade.

The bank opened on July 1, 1912, and sustained minimal fire damage during Augusta's great fire just four years later due to its fire-resistant structure. Moreover, the granite facade aided in preventing the spread of the fire west of 7th street. A 1916 article cited the building as one of the "deciding points of the great struggle." An Augusta Chronicle article from 1912 highlighted the building's forty-foot ceilings and 50' x 90' exterior dimensions - as well as its skylight roof and waterproof basement. The new bank was a modern marvel for Augusta at the time.

In 1969, the Citizens and Southern Bank expanded its colonnade to the end of the former Georgia Railroad Bank to form one branch: the Nations Bank. The Georgia Railroad Company relocated to a modern skyscraper at 699 Broad. A "Festa Romana" was hosted by the company to celebrate the grand re-opening of the bank on Saturday, June 27, 1970. The guests dressed in Roman-themed attire and enjoyed Roman-themed fare.

The Building is currently owned by Morris Communications Corporation, the parent company of Augusta Chronicle, and operates as a Morris office space on the upper floor and administrative space for the Bank of America on the lower floor.