Located between historic McConnell Gymnasium and Marshbanks Hall, Mars Hill University's Anderson Amphitheater is perhaps one of the most visually pleasing and interesting structures on campus. Named in honor of William Kenneth (Class of 1915) and Johnnie James Anderson (Class of 1922), the Anderson Amphitheater as offered a place for students past and present to enjoy the natural beauty of Mars Hill.

Amphitheater and Wood Cottage. The wood cottage is no longer standing on campus. 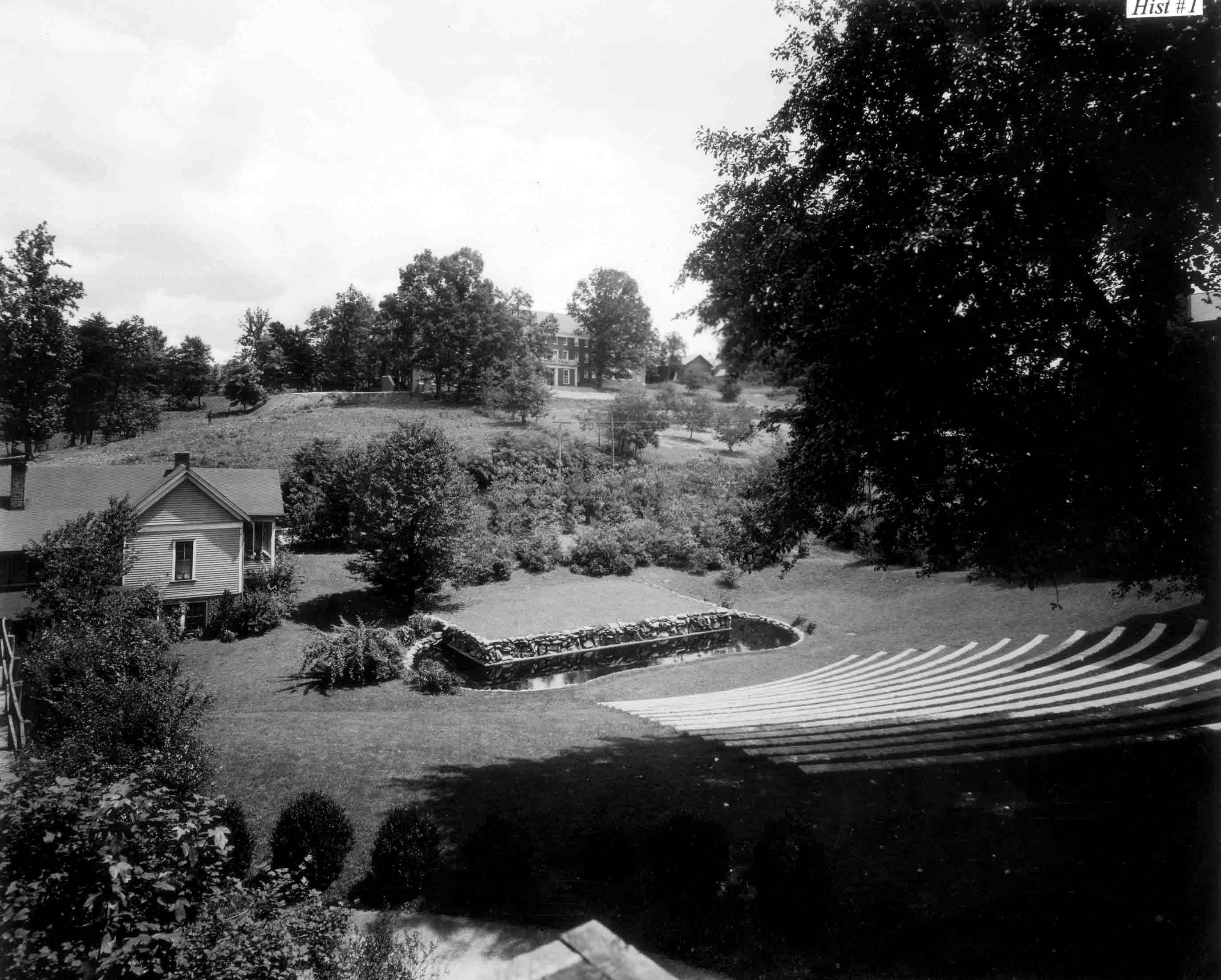 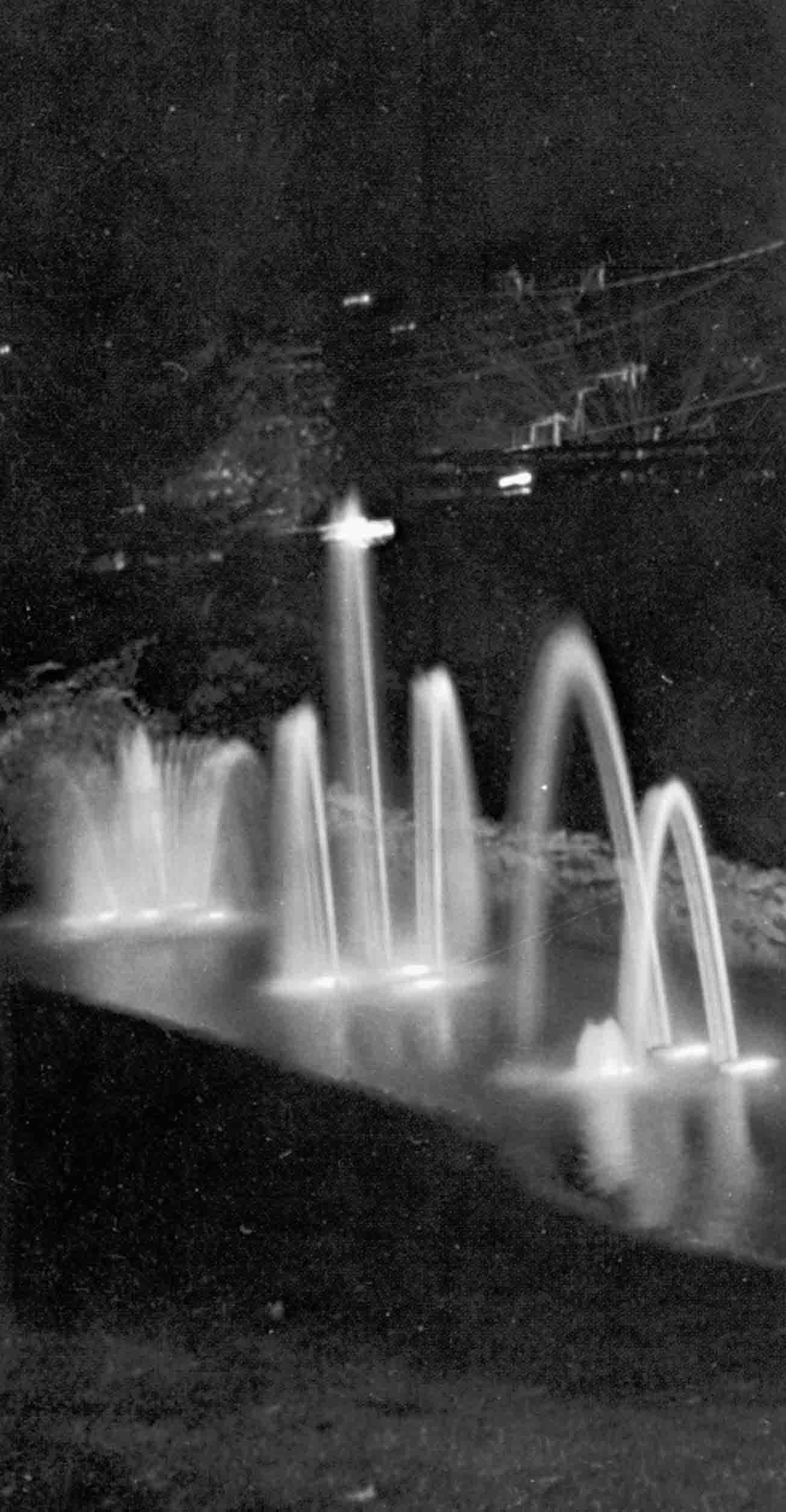 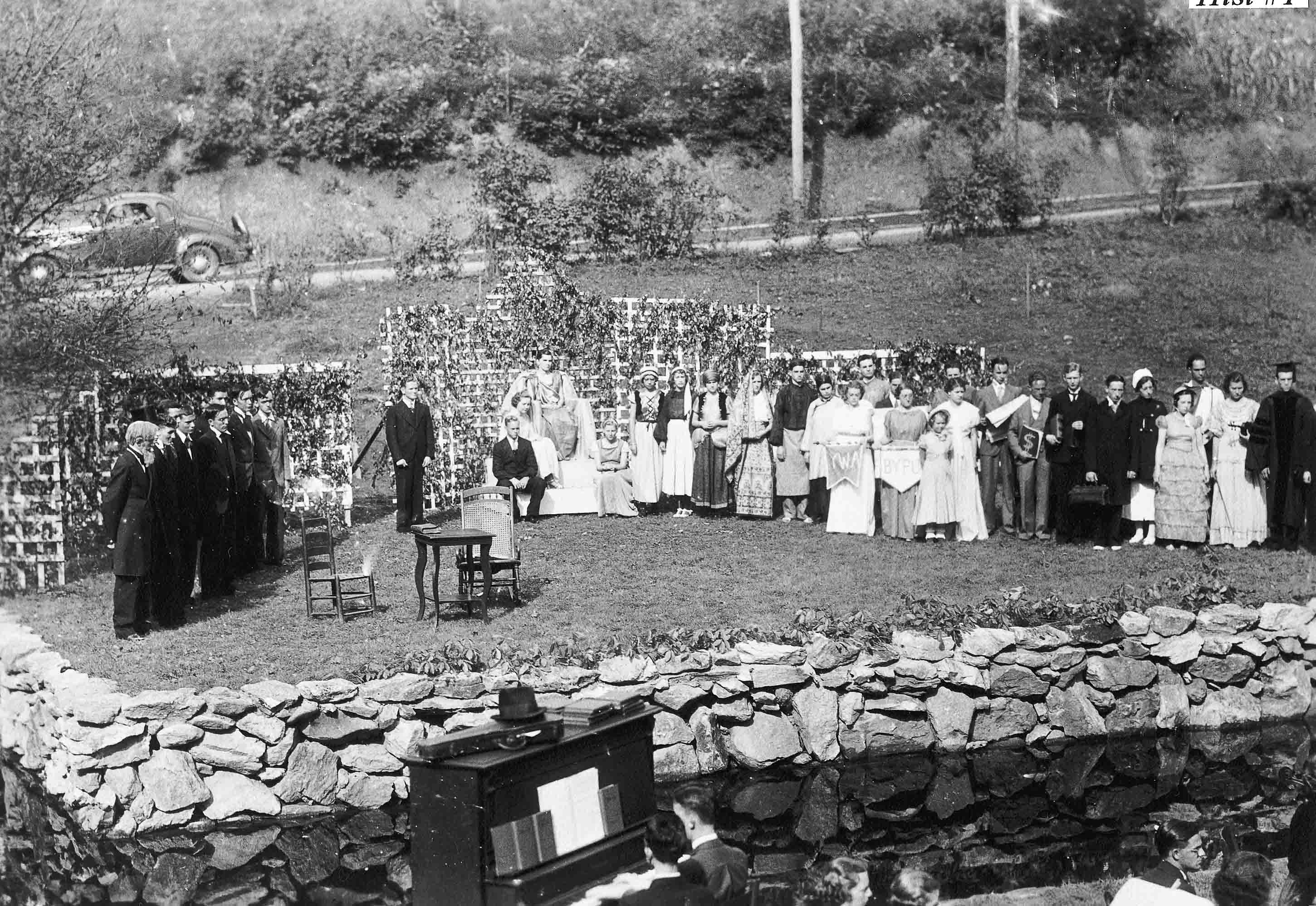 Entrance to the Anderson Amphitheater, 1975. 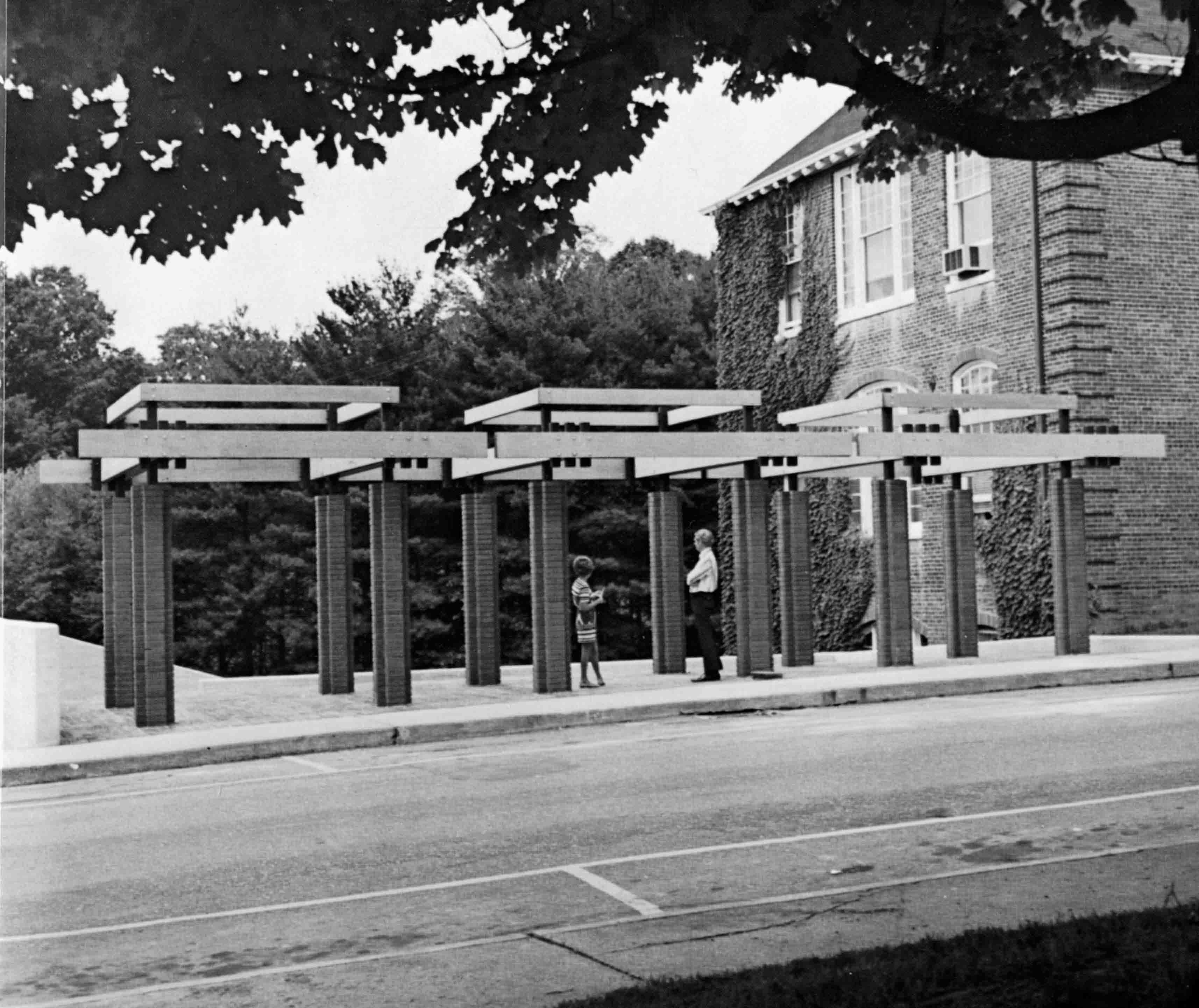 During the early 1900s, amphitheaters, or open-air theaters, became a common site on college campuses across the country. These structures would be used for plays, concerts, and other entertainment events provided by the college. Articles from the 1935 Mars Hill College student newspaper The Hilltop recounts the construction of Mars Hill’s amphitheater that same year. Supervised by Clayton I. Poor of Asheville and Bryson H. Tilson, superintendent of buildings and grounds at Mars Hill, the Mars Hill College amphitheater was constructed by students who were able to use the selected spots natural slope to provide excellent seating for the structure.

The amphitheater consists of two main parts, the stage and the seating. The design of the stage was a slightly evaluated rectangular platform, covered in grass and surrounded on three sides by a stone retaining wall. A shallow reflecting pool that encircles the front of the stage designed to enhance the aesthetics of the stage was built. The backside of the stage, which parallels present day Bailey Street, originally had hemlock and white pine trees planted behind it, which formed a dense background for the events taking place on stage. The original landscape designed for the amphitheater extended behind Marshbanks Hall and into the sunken garden found between Marshbanks and Spilman Halls. Today, remnants of the stone masonry designed survive in this garden.