The Founders Memorial was erected as part of Mars Hill College Sesquicentennial celebration in 2006-2007. Designed to honor the twenty-three known founding families of the institution, the memorial also recognizes the the twenty-two presidents who served the college in its first 150 years. The Founders Memorial sits near where the first building was located on the Historic Quad. It is said that the location of what would become Mars Hill University came about after those who agreed to help start the school were unable to decide on a specific location. After the Reverend William Keith refused to contribute to the future college until a location was chosen, fellow founder Edward Carter is said to have given the surrounding four acres to the college with Rev. Keith selecting the precise site for the first building. These four acres given by Carter are know as the Historic Quad. Shortly after opening, the name of the institution changed from the French Broad Baptist Institute to Mars Hill College. The new name was suggested by founding trustee Lewis Palmer who took the name from Acts 17:22 which read, “Then Paul stood in the midst of Mars’ hill and said, ‘Ye men of Athens, I perceive that in all things ye are too superstitious.’” Mars Hill College was officially recognized and chartered by the state of North Carolina in 1859.

Mars Hill University Founders Memorial with Blackwell Hall behind it 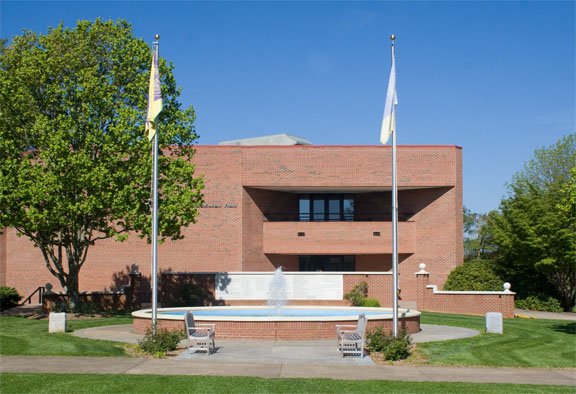